Michael Phelps on Simone Biles: ‘The Olympics is overwhelming… it broke my heart’ 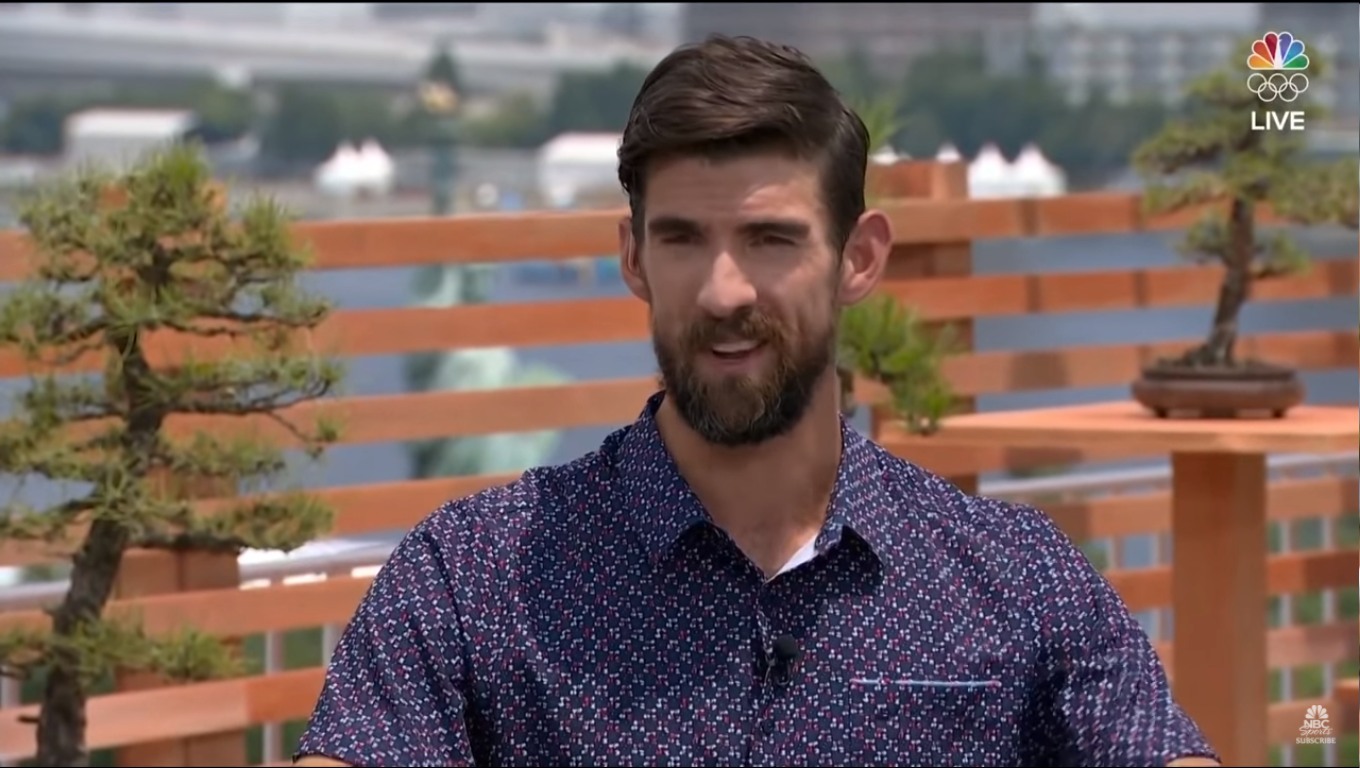 I don’t know what the Olympic coverage has been like in other countries, but here in America, there has been so much focus on Simone Biles and mental health in the past 24 hours. Simone’s withdrawal from Olympic competition yesterday was the top story in American sports and American news. It was very reminiscent of Naomi Osaka’s Instagram statements and eventual withdrawal from the French Open two months ago. In the American Olympic coverage, Simone was/is “the face” of the Tokyo Olympics, arguably the most well-known and well-liked athlete, the one NBC put in all of their promotional materials and built their TV coverage around. Who else could even understand the kind of pressure and stress she has been under? Michael Phelps, who was “the face” of American Olympic coverage in 2008, 2012 and 2016. Phelps is on the ground in Tokyo, doing commentary on Olympic swimming, but he’s been drawn into the Simone Biles story for obvious reasons. Phelps gave a wonderful interview to NBC about Biles and what’s happening:

“The Olympics is overwhelming,” the former face of the Games said to host Mike Tirico. “There’s a lot of emotions that go into it… It broke my heart. But also, if you look at it, mental health over the last 18 months is something that people are talking about.”

The former Olympian commented about “the weight of gold” the athletes face, something he too struggled with. Throughout his Olympic career, Phelps earned 28 medals—23 golds, three silvers and two bronze. He became the youngest man at 15 years old to join Team USA in 68 years when he made the team for 2000 Sydney. But even as one of the most decorated Olympians of all time, Phelps revealed in 2018 that he struggled with depression and contemplated suicide after the 2012 Olympics.

“We’re humans, right? We’re human beings. Nobody is perfect so yes, it is OK to not be OK. It’s OK to go through ups and downs and emotional roller coasters,” Phelps said to Tirico. “But I think the biggest thing is we all need to ask for help sometimes too when we go through those times. For me, I can say personally it was something very challenging. It was hard for me to ask for help. I felt like I was carrying, as Simone said, the weight of the world on [my] shoulders. It’s a tough situation. We need someone who we can trust. Somebody that can let us be ourselves and listen. Allow us to become vulnerable. Somebody who’s not going to try and fix us. We carry a lot of things, a lot of weight on our shoulders, and it’s challenging, especially when we have the lights on us and all of these expectations being thrown on top of us.”

Phelps added that he hopes it’s an “eye-opening experience” for the United States when asked whether he thought the country could give more support to Olympians for the mental health portion of the Games.

“I hope this is an opportunity for us to jump onboard and to even blow this mental health thing even more wide open. It is so much bigger than we can ever imagine. Look, for me when I started on this journey five years ago, I knew it was big. I knew it was going to be challenging. Five years into it now, it’s even bigger than I can comprehend. So this is something that is going to take a lot of time, a lot of hard work and people that are willing to help….If we’re not taking care of both [physical and mental health], how are we ever expecting to be 100%?”

I got caught on what Phelps said about how he hopes this is an “eye-opening experience” for US about giving more mental health support to Olympians, because it really struck me how little mental health support US Gymnastics has given Simone and the other athletes. Very specifically for US Gymnastics and Olympic Gymnastics Committee, there are layers of responsibility, liability and accountability here. It’s not just Simone and what she needs to protect herself – she’s the only woman on the US Gymnastics team left from the Larry Nassar era, and she’s been one of the loudest and most consistent voices holding US Gymnastics accountable. Simone has been open about being in therapy and dealing with not only the athletic pressures of competing, but of everything that comes with the tortured legacy of US Gymnastics’ bureaucratic complicity in the Nassar crimes. And US Gymnastics basically shrugged off their responsibility to Simone and her mental health.

Photos courtesy of NBC screencaps, Getty and via Instagram.

45 Responses to “Michael Phelps on Simone Biles: ‘The Olympics is overwhelming… it broke my heart’”