Rihanna on what being a billionaire means to her: God is good 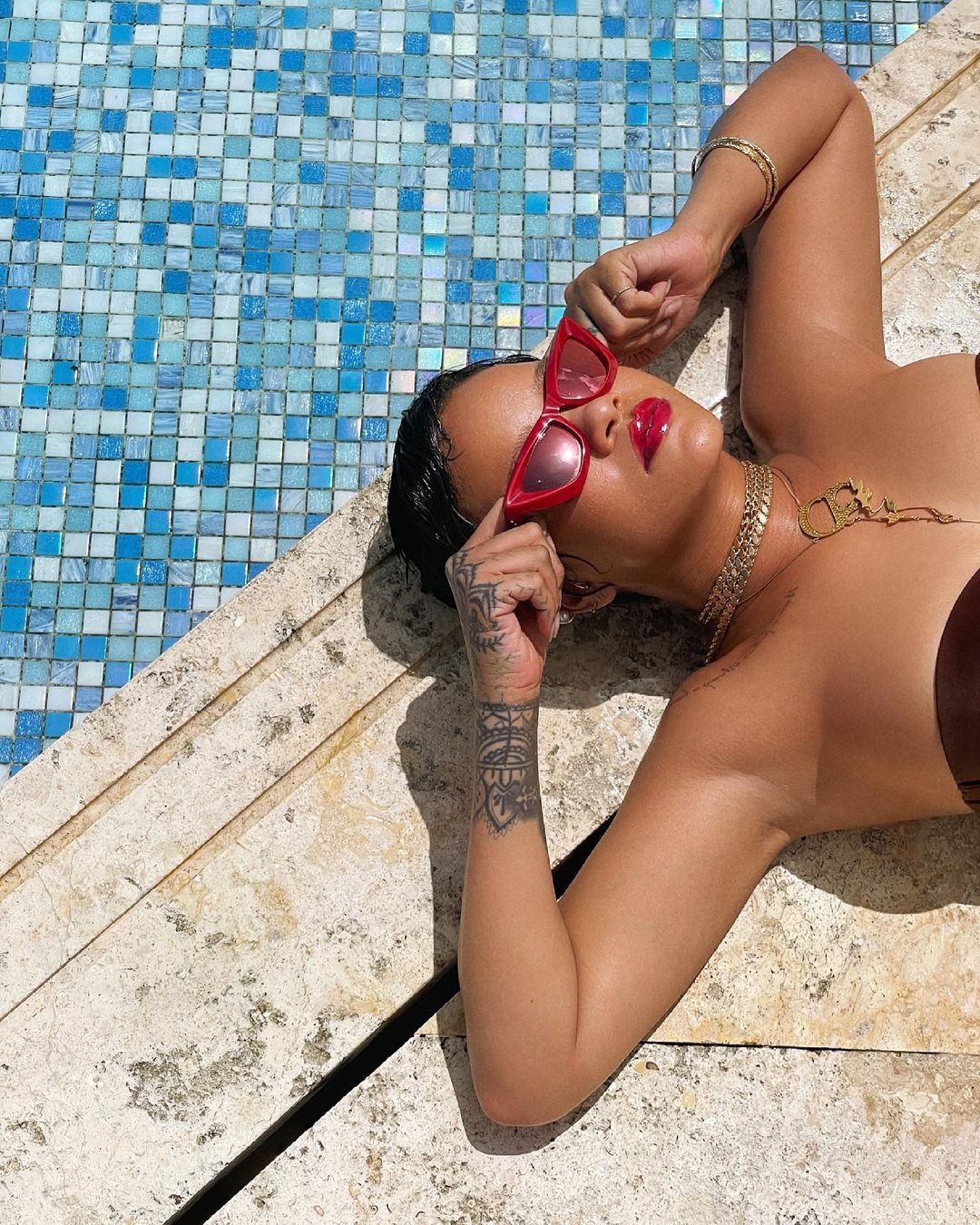 B*tch Better Have My Money became an anthem about getting paid what we are worth. However, it seems the song was prophetic for Rihanna. Forbes announced recently that Rihanna is now a billionaire and the wealthiest female musician. Rihanna is now ranked second to Oprah in wealth held by a woman entertainer. Unlike Oprah, who gained most of her wealth from syndicating her show, Rihanna’s grew to billionaire status because of her 50% owner stake in Fenty Beauty and her Fenty X Savage lingerie line. In case you are wondering, Rihanna is now worth $1.7 billion. When asked about her billionaire status, Rihanna said, “God is good,” and kept it moving. A few highlights from Entertainment Tonight:

Fenty Beauty, which Forbes confirms Rihanna owns 50% of, makes up $1.4 billion of the mogul’s fortune, which is incredibly impressive since she only launched the brand in 2017. But it’s not surprising considering how popular the innovative beauty brand has become. When Rihanna launched Fenty Beauty, she changed the beauty game forever by debuting an unprecedented foundation line that featured 40 foundation shades for people of all color. The line was expanded to 50 foundation shades and 50 concealer colors by 2019.

And now, with the inclusive makeup collection having expanded into skincare, it’s not just the women Rihanna is targeting. She wanted to make sure her Fenty Skin line not only worked for all skin tones and types, but that it was also gender-neutral, so she called up friends like A$AP Rocky and Lil Nas X to star in the campaign shoot.

“I wanted men to be represented because this skincare line is gender-neutral,” she told ET. “I want it to be for everyone, so you don’t have men scared to use skincare. They think it’s a feminine thing, they think it’s just for girls, and I don’t like that idea. We all have skin, we all wear skin, so I knew we needed that male representation in the campaign.”

Rihanna added, “We want these products to work for all skin types and, of course, all skin tones. I want these things to be different from anything that is on the market. I want it to be simple. I want it to be accessible, but still with the high level of ingredients that some of these other brands do but they’re so expensive.”

On Thursday, the 33-year-old mogul was spotted by paparazzi while stepping out and asked what her newly revealed billionaire status means to her. “God is good,” she humbly declared before going on her way.

The rest of Rihanna’s fortune comes from her stake in her lingerie company, Savage x Fenty, worth an estimated $270 million, and her earnings as a chart-topping musician and actress. Back in February, it was announced that the A-list star’s lingerie and loungewear brand had reached a $1 billion valuation in lingerie equity, with Forbes estimating that it would be “the global lingerie market leader by 2025.”

I am so damn proud of Rihanna. She has come such a long way. Rihanna is now that bad b*tch calling the shots and I am here for it. I know everyone has been pressuring her to make a new album because they want new music. But I have been saying for the longest that Rihanna is busy building an empire and music was secondary. It would seem that I was correct. It’s sweet that Rihanna said, “God is good,” and maybe that is true but Rihanna cannot discount not only her hard work but her god given vision and ingenuity. I hope Rihanna is out celebrating somewhere with folks who love her. The other thing I love about Rihanna is that she has become more of a philanthropist and activist. Hopefully Rihanna will start picking better men to build her empire with. 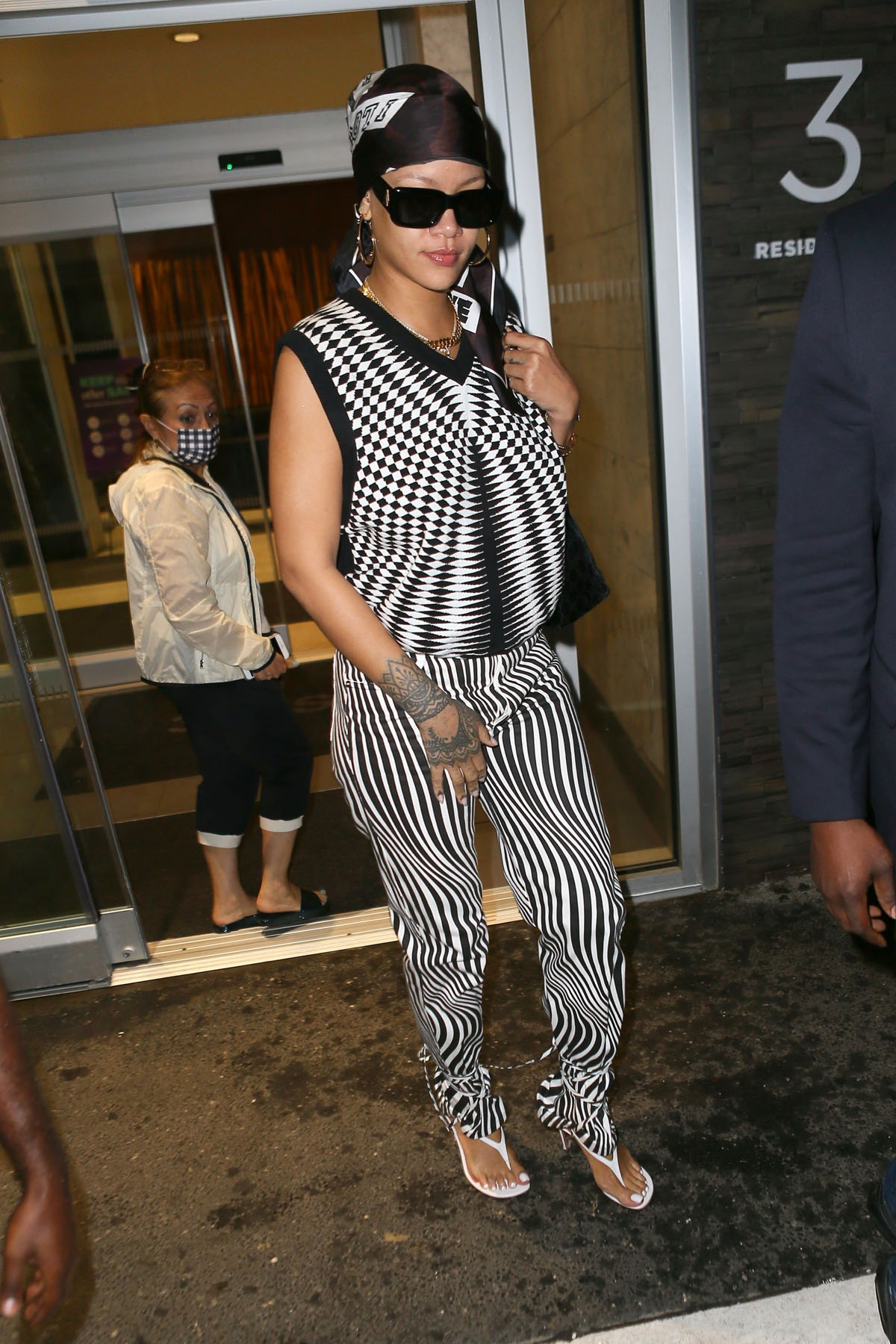 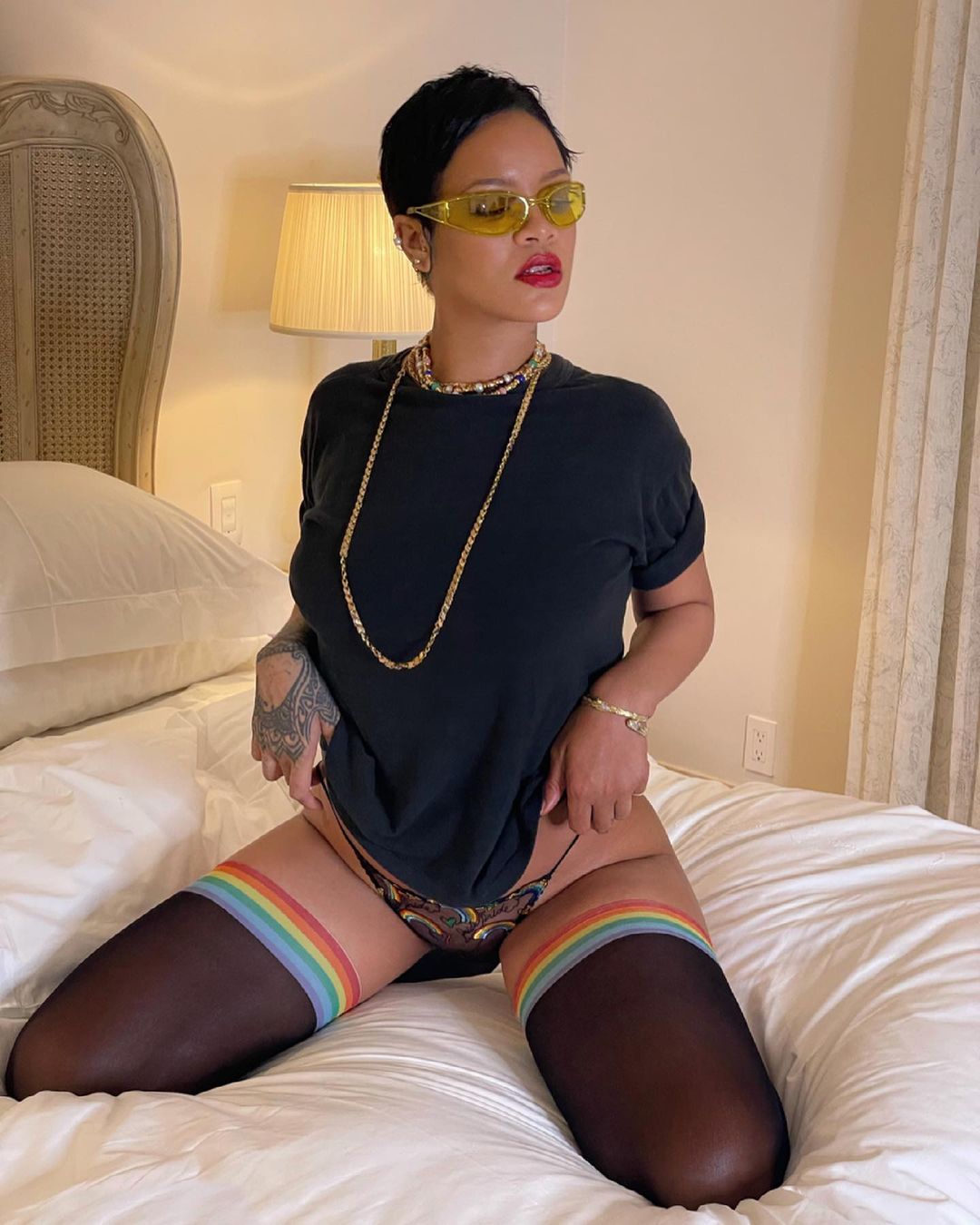 45 Responses to “Rihanna on what being a billionaire means to her: God is good”