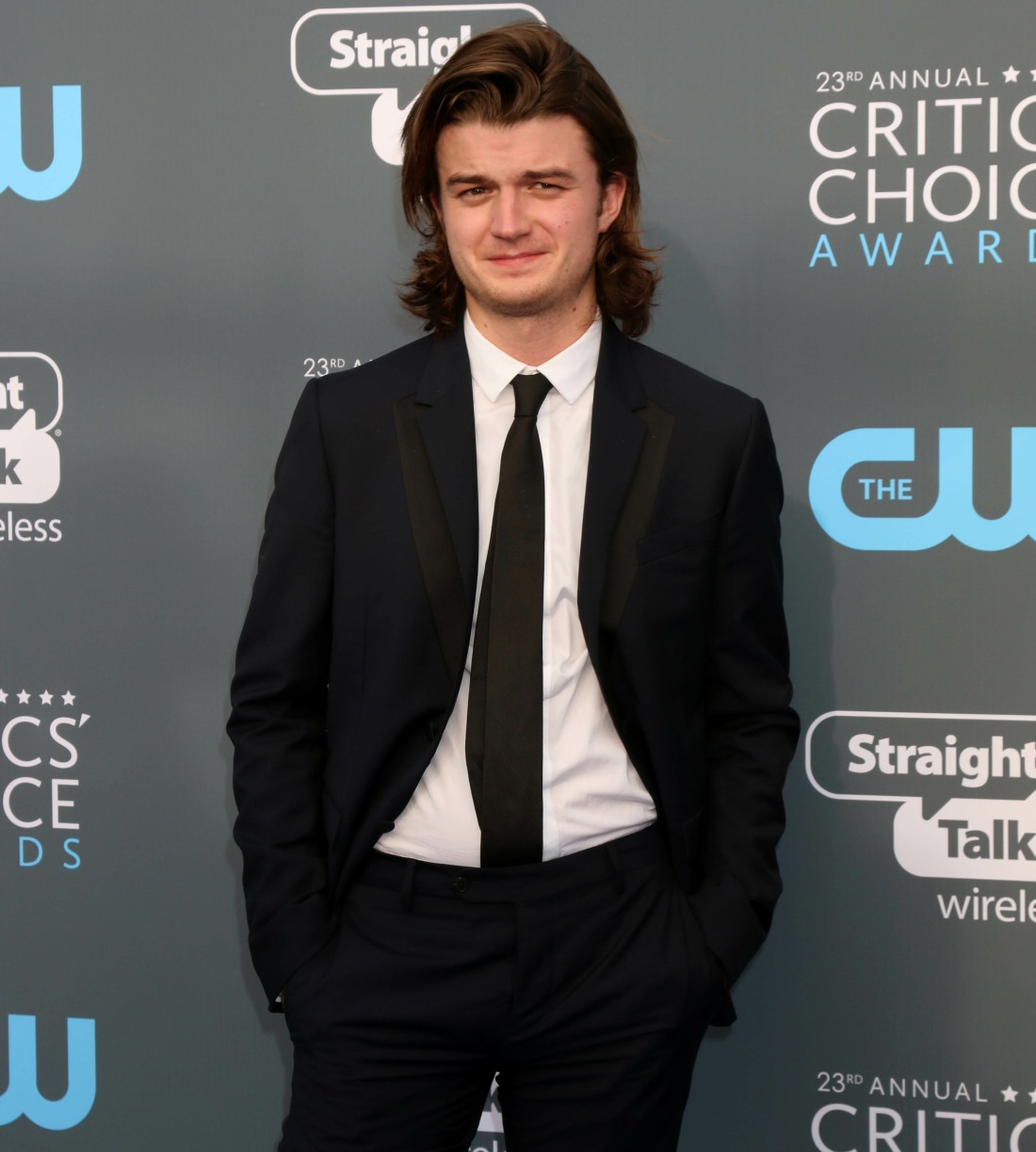 Joe Keery is probably best known for his role in Stranger Things. I had the impression that he was pretty young, like 21 years old, tops. But he’s actually 29 years old, and he’s promoting Free Guy, the Ryan Reynolds film in which Keery has a significant role. Keery is also well-known for his hair. Earlier generations might have referred to this hairstyle as “rockabilly” or… something. His hair is architectural. His hair has its own following. His hair is… dirty. Keery was profiled by GQ to promote Free Guy, and there’s a lengthy discussion about how his hair happens and how he doesn’t wash it.

He doesn’t wash it?? Per GQ: “He doesn’t wash his hair. He rarely even touches it, except during moments of contemplation, when his fingers will comb the fallen front strands back into an upward swell that maintains an anime level of consistency. He does not “get” haircuts in the way most people get haircuts—by asking for and then paying for them. Haircuts simply happen to him, in the way a belly rub happens to a dog on a walk.”

When he went to a 2019 Chanel dinner and was photographed in a limp bowl cut: “It didn’t go over well,” he says now. (People were threatening to dox the hairstylist.) “I saw some funny photos of it, and apparently I looked like a f–king idiot. But that’s okay. I think it’s good for everybody to look like an idiot at some point.”

He won’t endorse a haircare brand: He was, of course, approached to endorse a hair-care brand… in any case somebody reached out. They promised a “bunch of money,” but Keery said no thank you. “I think it would just be so lame for the majority of people. It would be a sellout move. Don’t you think?”

It does seem like a bad move to endorse a haircare product if he does not, in fact, wash his hair. And I’m not even sure that “he rarely even touches it.” I would assume that means his hair is constantly being styled by professionals on every set and for every red carpet. Which, fair enough. If you had famous hair, you would probably be wary of going to Super Cuts and getting a $10 haircut too. And I guess that goes for hair-washing too – hopefully when they say “He doesn’t wash his hair” they mean “he doesn’t wash his hair himself, he has people wash his hair.” Because holy sh-t is that gross.

GQ made him get his hair wet though: