Scarlett Johansson & Chris Evans will star in a ‘Romancing the Stone’-type film? 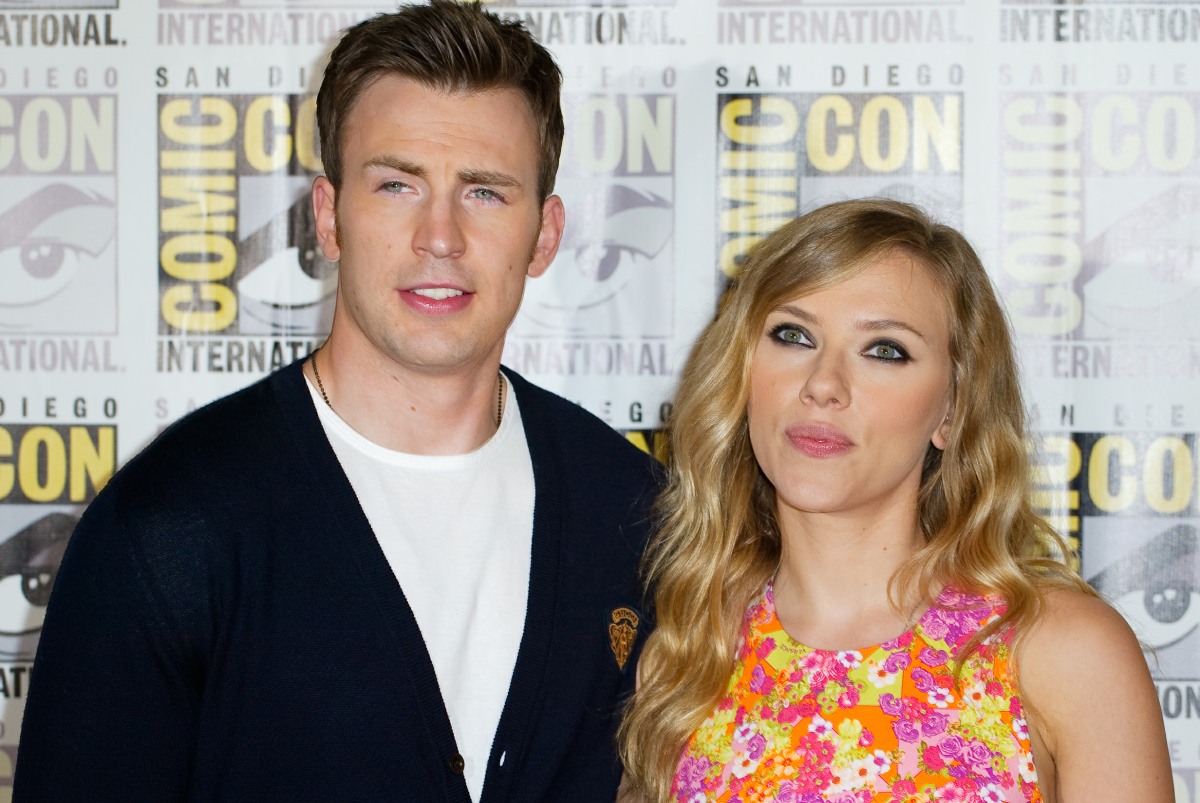 Scarlett Johansson is 36 years old, she just gave birth to her second child, and she’s suing the most powerful studio in Hollywood. I am actually a bit concerned about what happens to ScarJo’s career from here. I mean, what’s the market for Asian trees in Hollywood these days, especially trees who are on Disney’s bad side? I shouldn’t worry though – while Disney is very powerful, it’s not the only powerful studio or streaming service in LA. Scarlett has already booked her first – wait, second?? – post-Disney-lawsuit gig, and it will reunite her with old friend Chris Evans:

It’s an Avengers-style reunion as Chris Evans and Scarlett Johansson, known for playing Captain America and Black Widow, respectively, are teaming up for Ghosted, an adventure movie project set up at Apple. Dexter Fletcher, the helmer behind Rocketman, is set to direct the project, which will be written by Rhett Reese and Paul Wernick, the scribes behind Deadpool and Zombieland.

Details are behind kept under the white sheet but the project is being described as a high-concept romantic action adventure in the vein of Romancing the Stone, the 1984 adventure movie that starred Michael Douglas and Kathleen Turner.

There is no pricetag on the project but it’s bound to be pricey. But it’s also part of Apple’s aggressive plan to attract top talent for its growing feature division. The streamer is currently in production on Emancipation, a slave drama starring Will Smith, and earlier this year filmed Killers of the Flower Moon, Martin Scorsese’s period thriller that stars Leonardo DiCaprio.

For Johansson, this is the second deal she has made since filing her lawsuit against Disney over alleged contract breaches with the Disney+ release of Black Widow. The first was coming on board the new Wes Anderson movie, which is now shooting in Spain.

I forgot that she got a role in Wes Anderson’s new film. She just had a baby though! She’s already in Spain, filming? Weird. As for Scarlett reuniting on-screen with Chris Evans… I enjoy their friendship. I’m not really turned on by them together, but I enjoy watching two attractive people have chemistry, so maybe this will work. I’m also a huge fan of Romancing the Stone and if done right, this could be very cute.

30 Responses to “Scarlett Johansson & Chris Evans will star in a ‘Romancing the Stone’-type film?”