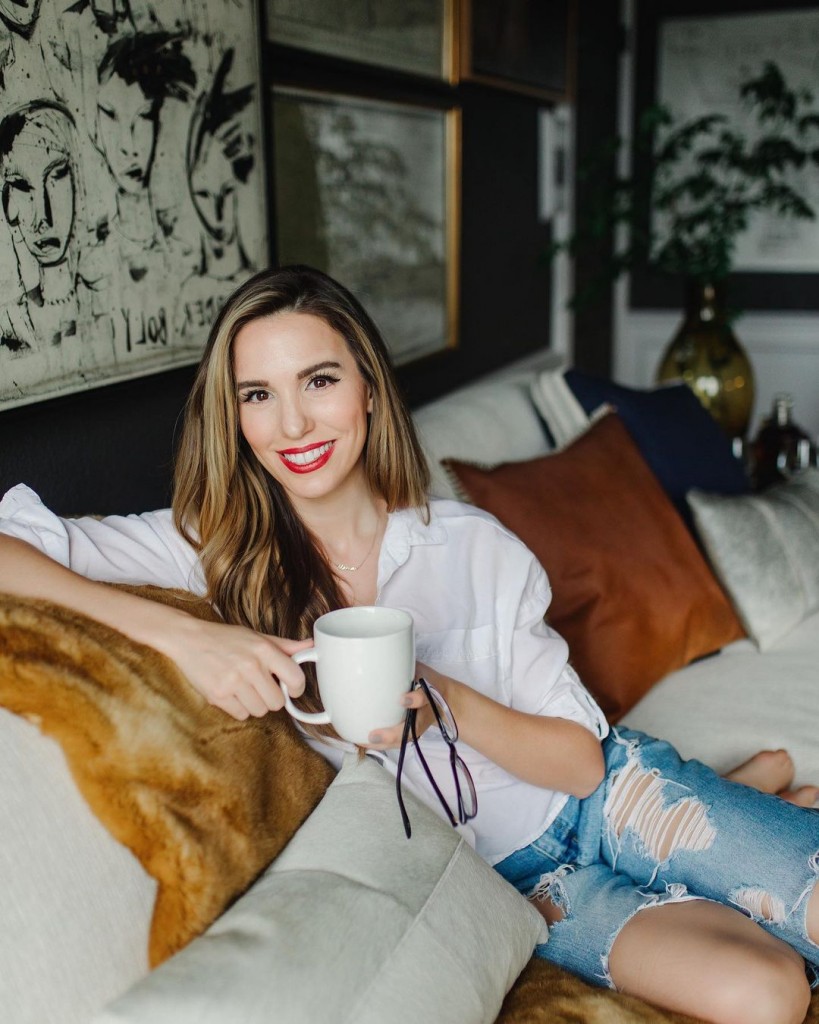 Christy Carlson Romano is an actress probably best known for her roles as Poppy Blu on the live action Kim Possible series and Ren in Even Stevens. She became a member of the Disney family while still in her teens. But she did not go on to become the big star that other Disney alum such as Selena Gomez and Zendaya have. She’s comfortable financially – acting occasionally, running her YouTube channel that she monetizes and posting sponcon. But that’s after losing all her Disney money, which, she said, was quite a bit at one time. In her current video, Christy explains briefly how she blew through her money and offers advice for others to avoid the pitfalls she ran into.

Christy Carlson Romano is no stranger to being a role model for kids after starting her career on the Disney Channel.

The Emmy Award nominee, 37, used her platform to impart some financial wisdom while recounting “how I made and lost millions of dollars” in a video posted Thursday to her YouTube channel. “This is how I blew all my Disney money. I started making money with Disney when I was 16,” she began.

“My biggest thing about child actors, you aren’t told that the work is going to slow down,” Romano explained later in the video. “In fact, I was told the opposite, specifically by my mom, some of my team, even my money manager at the time.”

She then took a walk through a serene grassy area as she explained the ins and outs of the entertainment industry for child stars.
Romano expressed regret for having not invested wisely or buying a house during the early years of her career. Although she put some of her money toward college when she was 18, she dropped out a year and a half later (Romano later finished her degree when she was about 30).

“Then I had this money at my disposal,” she explains. “I was never told how much money I was making. Money didn’t have a purpose for me, I didn’t really know what it was. I just knew that I had it and didn’t care about it. That’s a problem.”

Romano also recalled helping her parents out with money, which made their relationship and other parts of her life “more and more complicated.” At 21, she parted ways with her family for about a year, “because I didn’t like the way that my money was being managed. And it was a sad year for me, but it was also an interesting year.”

The Even Stevens star said she subsequently gained a better understanding of how much money she had, but not how to handle it. With a relationship that made her feel she wasn’t “good enough,” Romano began spending to try and fit a certain lifestyle. She particularly remembers dropping the most money on “big ticket items” at Ralph Lauren, a Mercedes-Benz G-Wagen, and a psychic that “managed to get a lot of money from me.”

Christy told the story of the psychic scamming her into buying a $40K crystal in 2019. I’ve posted Christy’s full video below. I took a lot from it, and I’ve never made Disney money. I recognized many of the same mistakes I made, though. She said pretty early in her discussion that we need to teach children about money, and I can’t smash the Like button enough on that. I learned about money by watching my parents and they aren’t great in that department. Obviously, our circumstances were wildly different but somewhat like Christy, I had to go broke to learn how to budget and save my money. Still, I never had Christy’s money to lose, and I certainly didn’t have any significant income at such a young age. It always pains me to hear a family siphon off a child. In addition to mismanaging her money, her parents were mismanaging their own. They’d struggle with paying their mortgage so when she had the money, they looked to her to help. Christy mentions Coogan’s Law a few times in the video. I was surprised at how little income Coogan’s Law actually protects. But at least it attempts to reserve some of the child’s earnings for them. However, once the child has access to that money, there is no law to stop the parents from flat out asking for it.

As for the rest of it, nothing Christy said is too far-fetched considering her age and celebrity. Having worked for Ralph Lauren, I know exactly how much can be dropped in one visit. She didn’t invest in high return items like real estate, art or stocks because she was young with a ton of money and no one advising her. She bought clothes and cars and stuff to endear people to her. That’s why this video is so important for young actors. Because it seems like so much money and like it will always be coming in. She also talked about the darker side, like making a movie she’s ashamed of because she was desperate for cash and how much of an actor’s income goes to their team and not in their pocket. She also mentioned that the “net worth” figures we see on the internet are completely bogus. Christy assured everyone that she is okay now. She’s happy, working, and raising her two daughters whom she hopes don’t go into show business. Whatever they end up doing, I’ll bet it’s with a pretty good head on their shoulders.