Are Paul Hollywood’s blue eyes real? According to him, they are. 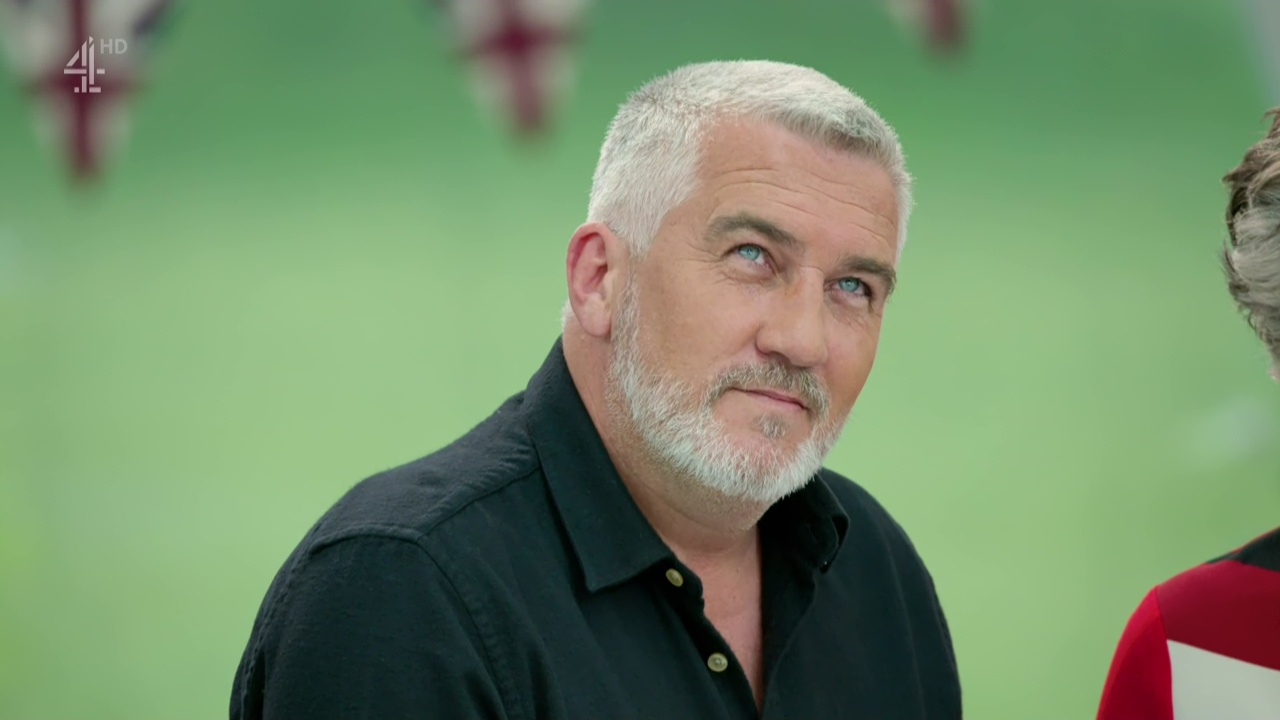 The Great British Bake Off’s Season 12 begins on Netflix on Friday. I enjoy GBBO when I need something chill, kind and gentle. I appreciate the fact that it’s a baking competition and people are legitimately competing, but it’s not over-the-top bulls–t like so many American cooking competitions. It’s mostly just sweet British bakers stressing about their own cakes and trying to support one another. Paul Hollywood and Prue Leith are currently the two host/judges/tasters. Paul Hollywood seems very… Hollywood. He has a permanent tan, a gruff exterior and piercing blue eyes. But are those blue eyes for real??

Paul Hollywood and Prue Leith are returning for another eagerly awaited season of “The Great British Bake Off,” and even after all these years, people only seem to want to ask Leith about Hollywood’s piercingly blue peepers.

For the record, Hollywood’s eyes are real and courtesy of his grandfather.

The new 12th season of the Netflix hit was filmed under lockdown (as was its predecessor), which Hollywood, 55, admitted was not an easy feat. However, he is glad producers were still able to pull it off because the show “puts a smile on people’s faces and gets them into the kitchen and baking” during the COVID-19 pandemic.

“There is a comforting element to ‘Bake Off,’ and I think if you’re sitting there in your dressing gown and your slippers and watching ‘Bake Off,’ I think it’s quite a cozy thing to watch,” he added.

However, gorging on cakes for weeks at a time seems to have left Leith with a somewhat complicated relationship with desserts. “I’m quite greedy, and I do like it,” she confessed before adding, “But yes, obviously eating a lot of very sweet things is tiring, [though] it doesn’t mean I don’t gobble them down with a great deal of pleasure, [but] I do feel guilty afterward. I have a slightly less sweet tooth than Paul,” she continued. “Paul loves very sweet things, but I think we both find it a relief when we’re going to judge something which is savory.”

No, really: does Paul Hollywood wear colored contacts? I’m haunted by that question. I think he does? I’ve met people with piercing blue eyes before but Paul’s eyes are just too deep, too bright, too wolf-like. As for getting tired of eating sweet things… that would be me. I love sweet things too, but I would get so sick of cakes and pies and strudels and baked goods after about three episodes. 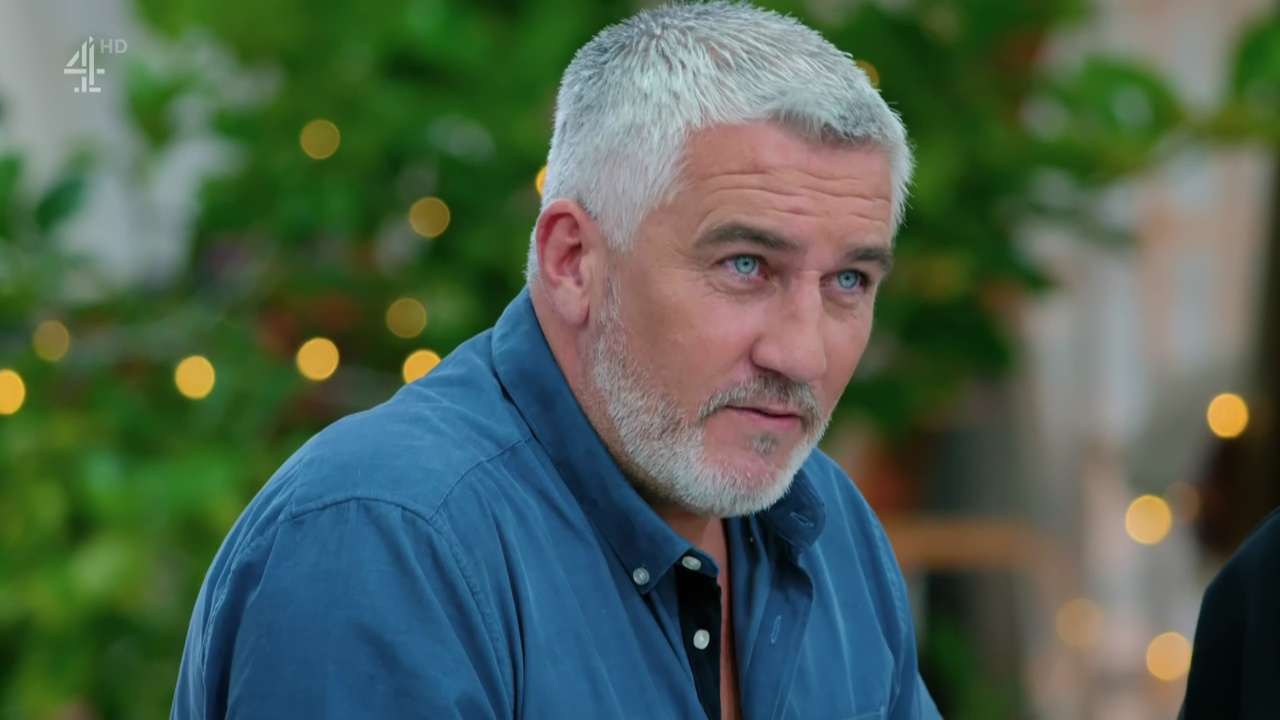 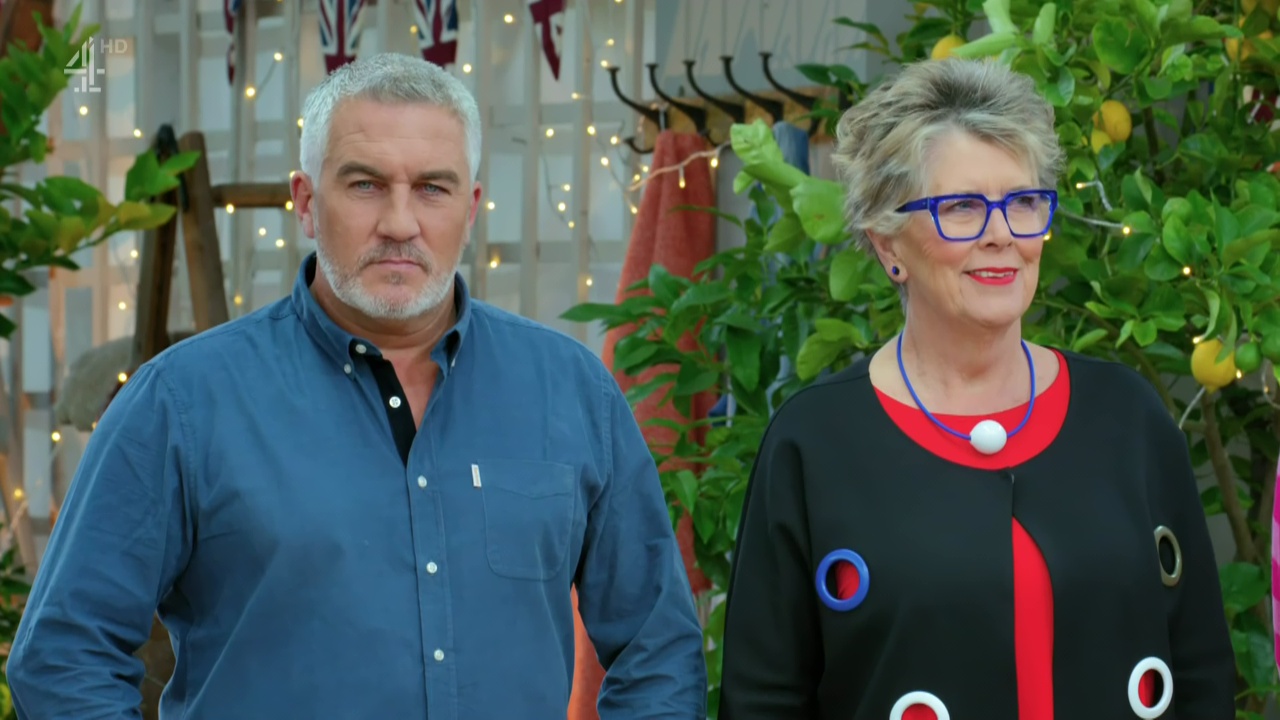 50 Responses to “Are Paul Hollywood’s blue eyes real? According to him, they are.”