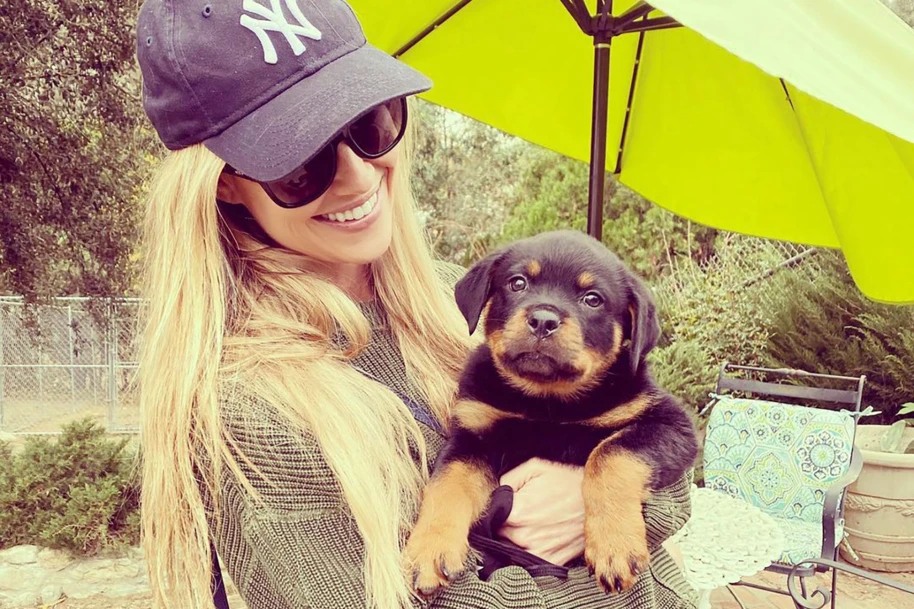 Christina Haack, Christina El Moussa and Christina Anstead are all the same person. After changing her name for two marriages, she’s back to her maiden name, Haack. She’s the star – along with her now-ex-husband Tarek El Moussa – of HGTV’s Flip or Flop and other shows. Christina has had a chaotic five years or so. Her marriage to Tarek ended, she started up with Ant Anstead, she gave birth to her third child (with Ant), she got married for a second time, her marriage to Ant ended in less than two years, and she’s currently engaged to some other guy. She has three kids, a lucrative HGTV contract and she’s business partners with an ex-husband who regularly screams at her in front of the crew. She’s also a dog-mom. She added a Rottweiler puppy to her brood last December. She named him Biggie and she posted photos of Biggie throughout this year. Until Biggie disappeared from her IG. So what happened?

Christina Haack had to rehome her dog Biggie after experiencing some behavioral issues. The HGTV star, who has faced questions about the Rottweiler’s whereabouts after she stopped sharing photos of him on Instagram, explained to a follower that she made the decision for the sake of her children’s safety.

“Due to behavioral issues, I made the hard decision to have Biggie re-homed in the best interest of my children,” she captioned a photo of her with her two sons, Brayden, 6, and Hudson, 2, posing with pups Cash and Stella. Haack is also mom to 11-year-old daughter Taylor.

The “Flip or Flop” star, 38, first introduced fans to Biggie via Instagram in December 2020, just three months after announcing her separation from Ant Anstead.

“Too cute not to share. Meet the newest member of our family – Biggie. We are all obsessed and in love. 💘,” she shared at the time. The photo — and all subsequent photos of Biggie — have since been deleted from her account.

Rottweilers are pretty intelligent dogs but they’re very big dogs, and I wonder if it just got too chaotic in her house with three kids under the age of 11 and two other dogs (which are apparently still there). I think if you’re raising a puppy and that puppy has behavioral issues, it is on the dog-parents. I sincerely hope Biggie is okay and he’s with people who love and care for him, because I doubt he was getting that at Christina’s house. I’ve never re-homed an animal, but I have received animals which other people have re-homed. That’s how I got my old dog, who was a Rottweiler-Newfie mix. That’s how I got my cat Dexter too. So… yeah. Animals should go where they’re loved, and I know it’s complicated. But she sounds like an a–hole who thought Biggie would stay a cute puppy. 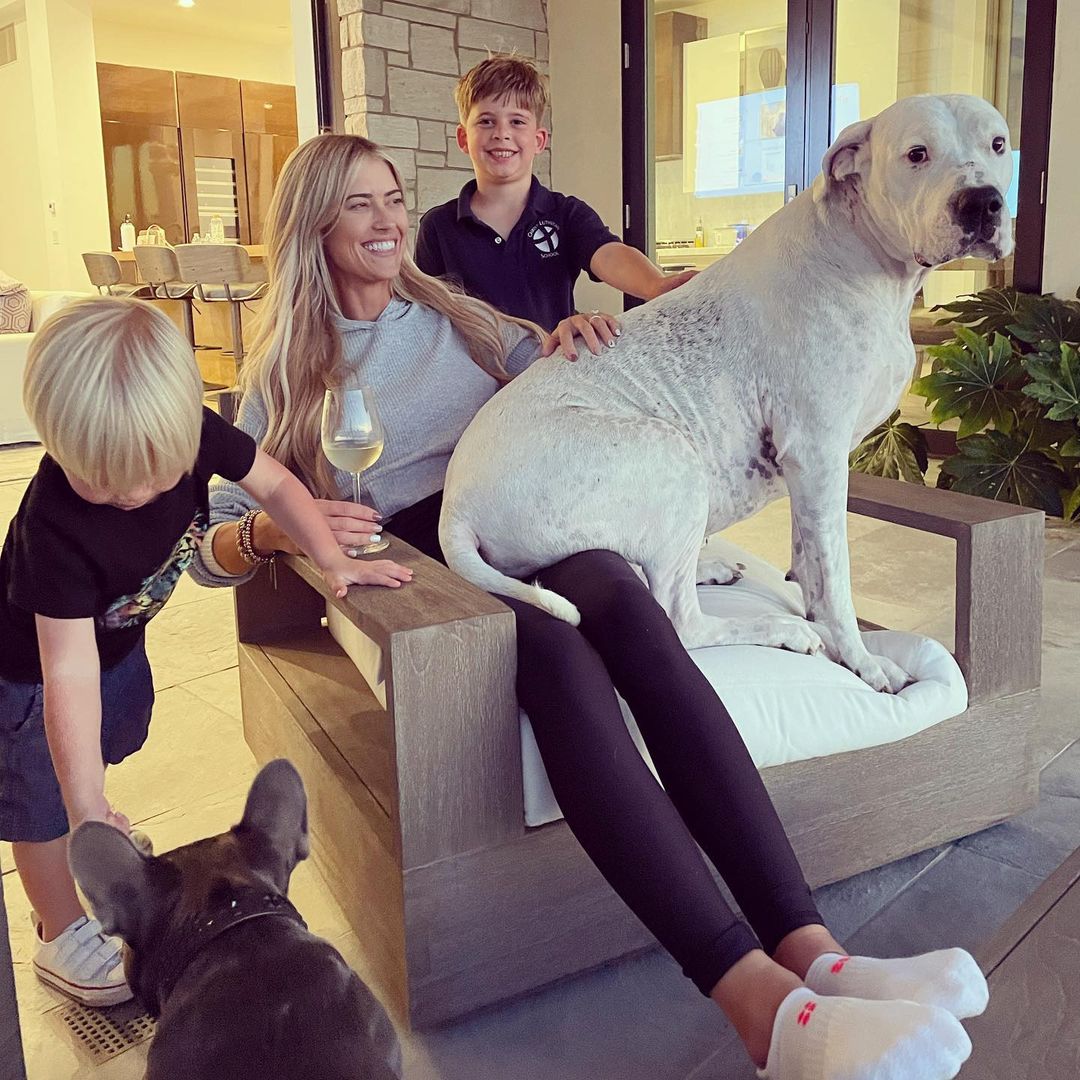 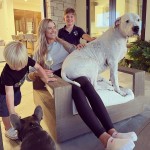