Adele on her divorce: ‘I would have been miserable had I not put myself first’ 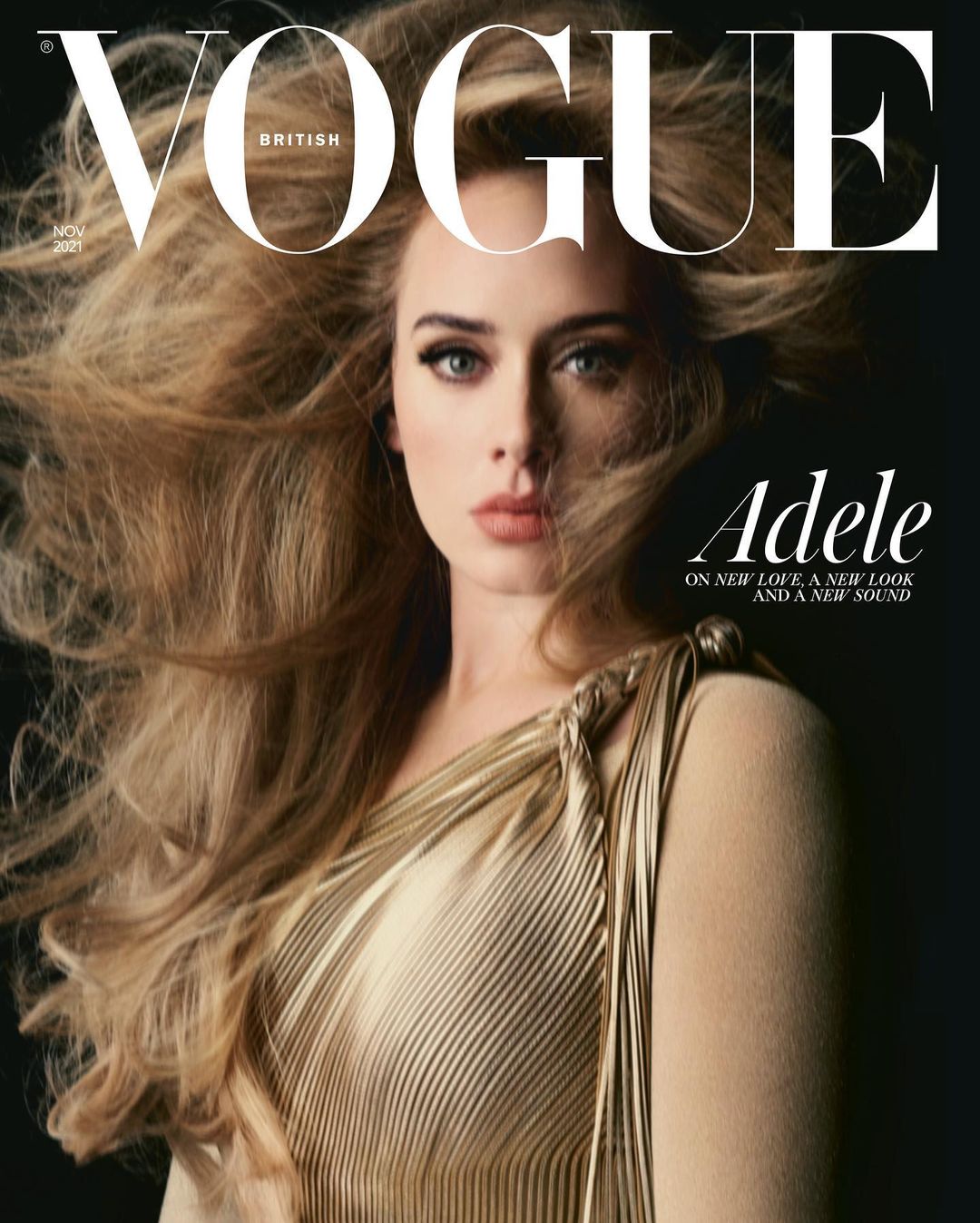 Adele covers the November issues of both American Vogue and British Vogue, all to promote her new album. Both magazines dropped their covers last week around the same time, and guess what? She did two different interviews and two different photoshoots. The British Vogue interview – the one I’m covering in this post – is more about all of the changes she’s made in the past five years, losing weight, going through a divorce, keeping her personal life hidden away, and on and on. Because it’s a British publication, there is this idea that Adele kind of sold out by moving to America – California no less – and that she’s raising her son there rather than jolly olde England. Adele doesn’t care. She knows what she needs. You can read the full piece here – one of the longest celebrity profiles I’ve ever read – and here are some highlights:

The new album: “I feel like this album is self-destruction, then self-reflection and then sort of self-redemption. But I feel ready. I really want people to hear my side of the story this time.”

Divorcing Angelo’s dad: “My son has had a lot of questions. Really good questions, really innocent questions, that I just don’t have an answer for. ‘Why can’t you still live together?’ I just felt like I wanted to explain to him, through this record, when he’s in his twenties or thirties, who I am and why I voluntarily chose to dismantle his entire life in the pursuit of my own happiness. It made him really unhappy sometimes. And that’s a real wound for me that I don’t know if I’ll ever be able to heal.”

Why she left Simon: “It just wasn’t… It just wasn’t right for me any more. I didn’t want to end up like a lot of other people I knew. I wasn’t miserable miserable, but I would have been miserable had I not put myself first. But, yeah, nothing bad happened or anything like that.”

Her divorce was embarrassing: “But I was terrified. People were everywhere, trying to get stories, and I just hated it. I was embarrassed. I was really embarrassed. That thing of not being able to make something work. We’ve been trained as women to keep trying, even by the movies we watched when we were little. At the time it broke my heart, but I actually find it so interesting now. How we’re told to suck it up.”

How she lost 100 lbs: “I think one of the reasons people lost the plot was because actually, it was over a two-year period… It was because of my anxiety. Working out, I would just feel better. It was never about losing weight, it was always about becoming strong and giving myself as much time every day without my phone. I got quite addicted to it. I work out two or three times a day. So I do my weights in the morning, then I normally hike or I box in the afternoon, and then I go and do my cardio at night. I was basically unemployed when I was doing it. And I do it with trainers…. People are shocked because I didn’t share my ‘journey’. They’re used to people documenting everything on Instagram, and most people in my position would get a big deal with a diet brand. I couldn’t give a flying f**k. I did it for myself and not anyone else. So why would I ever share it? I don’t find it fascinating. It’s my body.”

Why she moved to California: “Most of my life is in a car or inside a building. I wanted fresh air and somewhere I could see the sky. Also, once I had Angelo, in England if you haven’t got a plan with a young child and it’s raining, you’re f**ked. And the kind of house I have in LA I could never afford in London. Ever…I looked at houses [in London]. It’s like hundreds of millions of pounds. I don’t have that much money at all. I’d throw up.”

On her boyfriend Rich Paul: “Yes, we’re together,” confirms Adele. It’s been a few months, apparently, although they’ve had friends in common for ages. “We’re very happy. And I didn’t get dragged along to the [basketball game the other night] because that’s his line of work. I was like, ‘We’re going to the game.’”

Rich doesn’t mind how famous she is: “It used to, but it hasn’t been this time because he doesn’t mind. Normally, I think I get scared about it because it’s very emasculating. Really emasculating. I did date before Rich, but they hated it. They’d find it stressful being out or seen with me, which meant that I guarded all of it beyond. It never evolved because we were never experiencing things together. Whereas he’s not frazzled by it at all. It feels like it’s consistent and considerate enough that I don’t care who knows. He’s great. He’s so f**kng funny. He’s so smart, you know.”

When did she actually marry Simon? “The timeline the press have of my relationship, my marriage, is actually completely wrong. We got married when I was 30… and then I left.” How long after you married did you end it? “I’m not gonna go into that detail. Remember I am embarrassed. This is very embarrassing. It wasn’t very long. I always called him my husband, because we had a kid together.”

There are a million other major stories in there, like all of the nice things she says about Simon, how he lives across the street from her and how she’s proud that he’s her baby-daddy. I was surprised about the wedding date thing – I thought they were married long before 2018 as well? And then to split up the next year… well, Adele is taking the “blame” for it. She wanted different things, she wanted to blow up that life. Adele sounds like she really likes Rich Paul and I hope that goes well for her. Oh, and she also owned up to that photo she posted where she wore bantu knots in honor of Notting Hill Carnival. She says that she “didn’t read the f–king room” and she totally gets why “people felt like it was appropriating.”

5 Responses to “Adele on her divorce: ‘I would have been miserable had I not put myself first’”