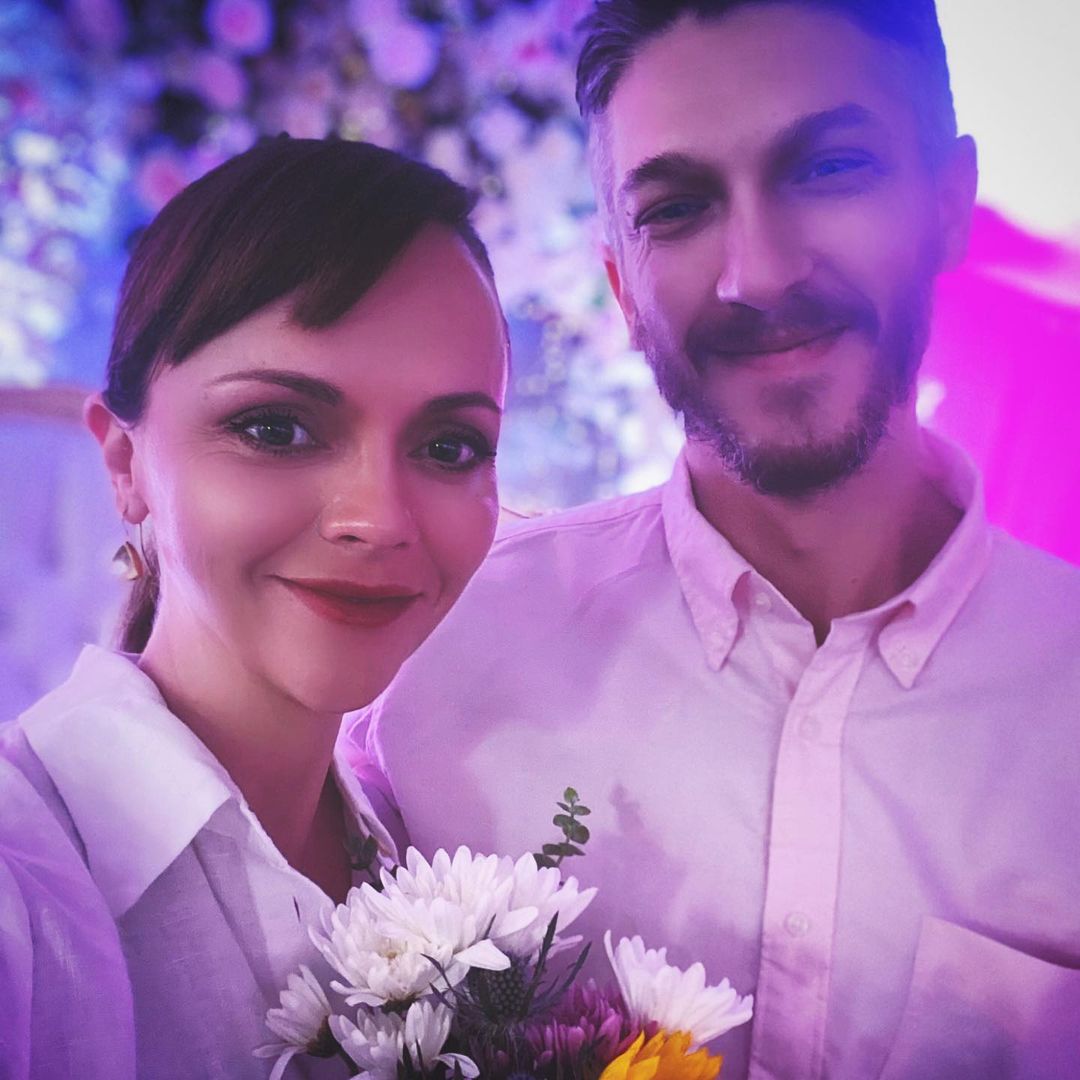 Christina Ricci has been through a lot recently, but it would seem she is finally getting her happy ever after. In August, Christina announced that she and her boyfriend, Mark Hampton, were expecting their first child together. She also has a son, Freddie, seven, from her marriage to James Heerdegen, from whom she filed for divorce in July of last year. Christina has celebrated another lovely milestone, she is now officially Mrs. Hampton. In an Instagram post of the wedding day, Christina wrote that she and Mark are now married. Below are a few more details via Yahoo!:

Along with her message, Christina shared a sneak peek into their big day with a romantic selfie of her and Mark holding each other close as they smiled for the camera. The newlyweds posed in front of a gorgeous display of roses.

Moreover, the two dressed in similar outfits for their wedding, with the Casper actress appearing to wear a white button-down shirt that she paired with a bold red lip, dainty gold earrings and a sleek ponytail. The groom also rocked the same style for his attire.

Christina and Mark’s wedding news comes just two months after the Hollywood star announced she was pregnant and expecting her second child.

“Life keeps getting better,” she wrote on Instagram in August, alongside an image of her sonogram. Additionally, Mark posted the same caption on his page at the time.

I am an incurable romantic and am so happy that Christina is finding love again. It is cute that she announced that she was pregnant two months ago and then snuck off and married him. I hope Christina has found a good egg and she and her son are healing from that situation while being able to enjoy being loved and embraced. I wish Christina and her new beau Mark all the luck on their marriage and growing family. Congrats to Christina on her good news.