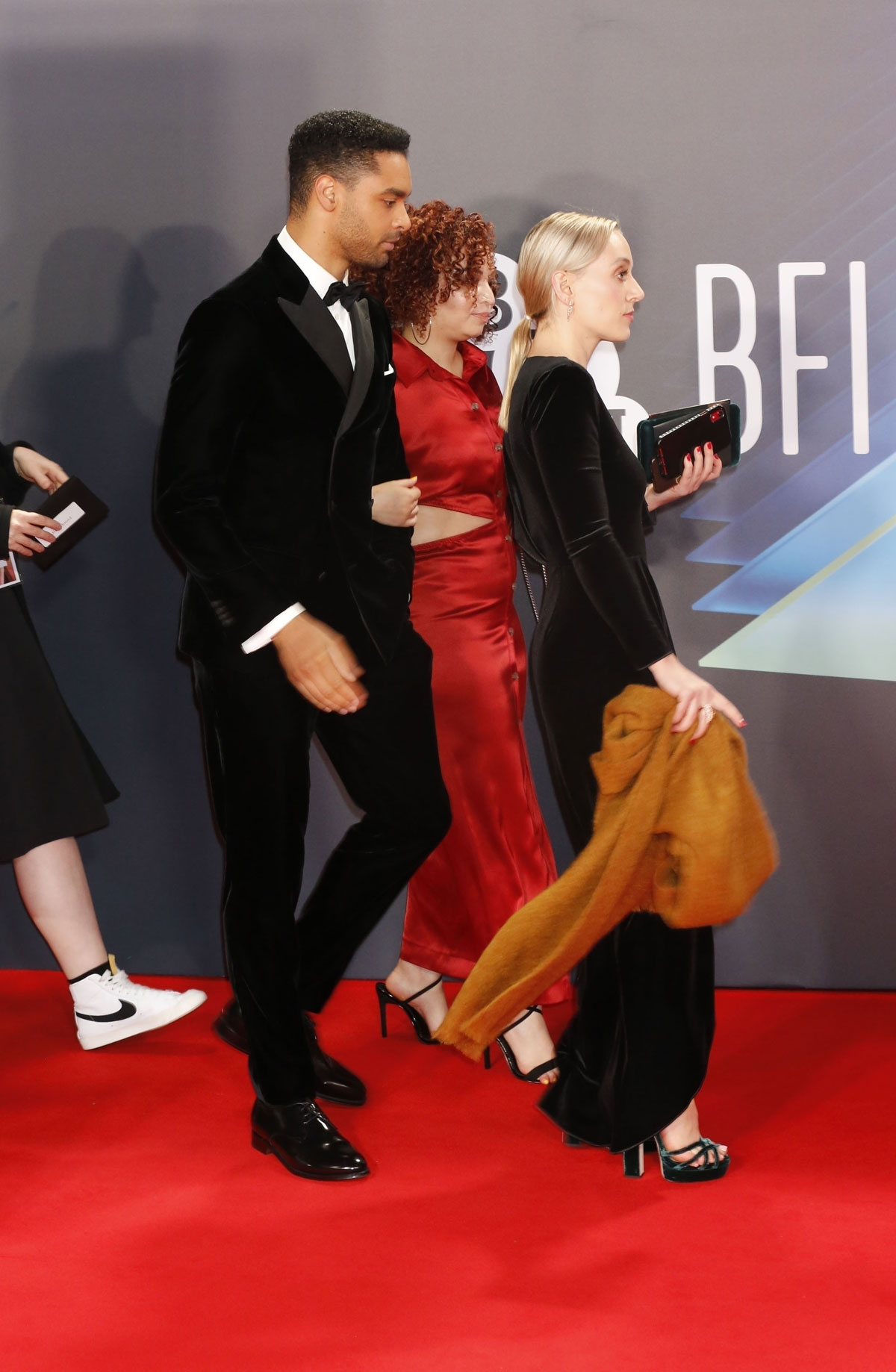 Earlier this month, Rege-Jean “The god” Page sent his fans into a fury when he showed up at the Emmys with his good friend and co-star from Mortal Engines, Menik Gooneratne. Fans were speculating on whether or not Rege had broken up with his girlfriend, Emily Brown. Women were getting ready to shoot their shot. However, it would seem Rege and Emily wanted to shut the rumors down. Over the weekend, Emily and Rege stepped out for the second time on a red carpet (they went to the GQ Awards in September) in matching black velvet at the BFI London Film Festival. Below are a few more details from Hollywood Life:

Regé-Jean Page, 31, and Emily Brown decided to step out for a date night at the BFI London Film Festival on October 17. The couple even rocked matching velvet looks at the event. The Bridgerton star looked dapper in a black velvet suit, while Emily stunned in a black velvet gown.

The couple didn’t pose for official photos on the red carpet at The Tragedy of Macbeth premiere. After Regé-Jean was done posing for solo photos, he joined up with Emily to walk into the screening. He sweetly put his hand on Emily’s back as they went inside.

Regé-Jean and Emily have kept their romance very low-profile, especially since the massive success of Bridgerton made Regé-Jean a global star. The couple recently stepped out for the GQ Men of the Year Awards in September 2021, where the actor received the Standout Performance of the Year. Regé-Jean and Emily walked hand-in-hand into the event.

Despite the fact that Rege and Emily didn’t pose together for any pictures at the event, their message was loud and clear. Emily and Rege looked fabulous together on the red carpet and Emily did not come to play. Emily looked stunning in her black velvet dress and she made velvet look slinky. Rege made it quite clear that he was booed up with Emily by bringing her (although I think it is weird they didn’t take pictures together). 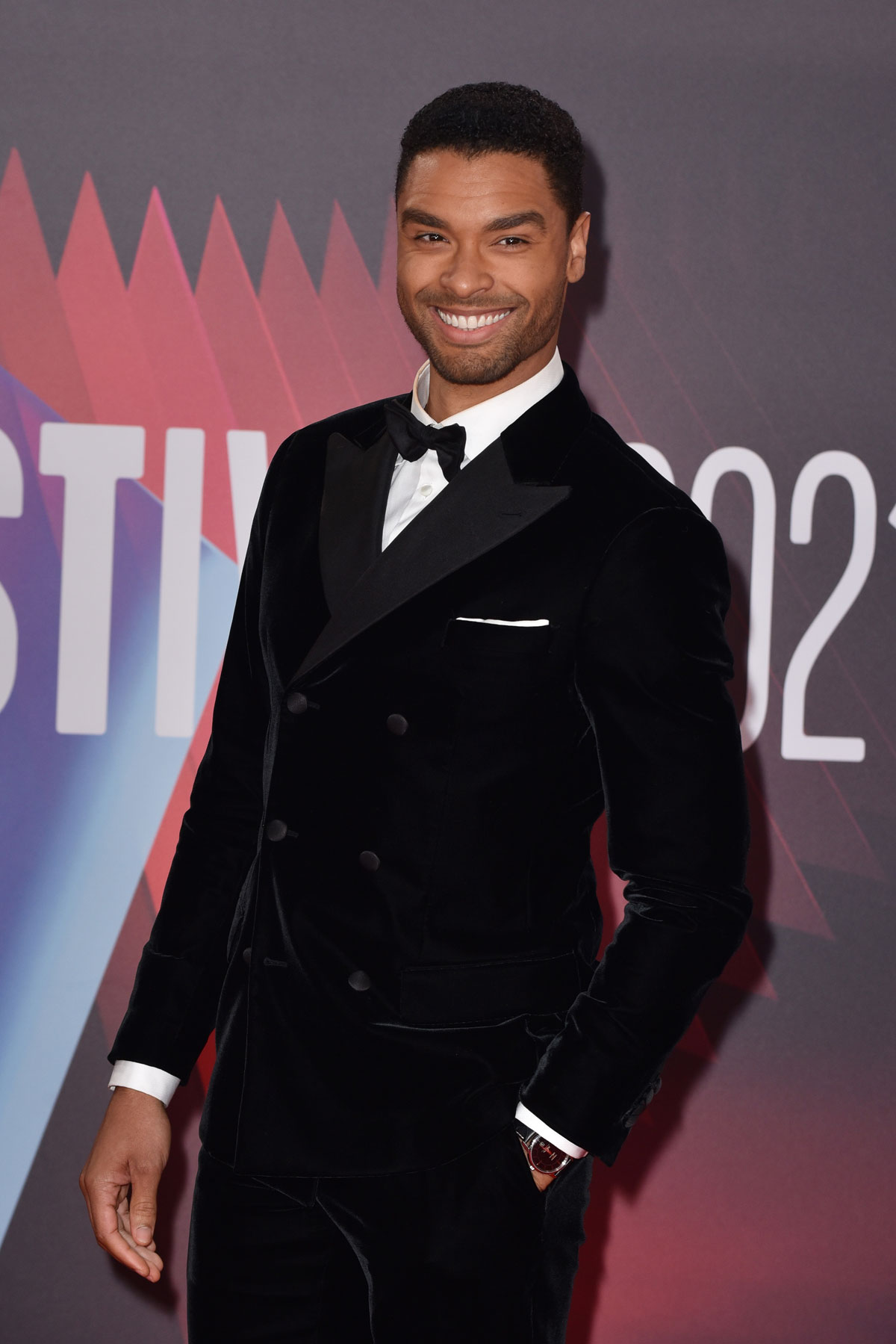 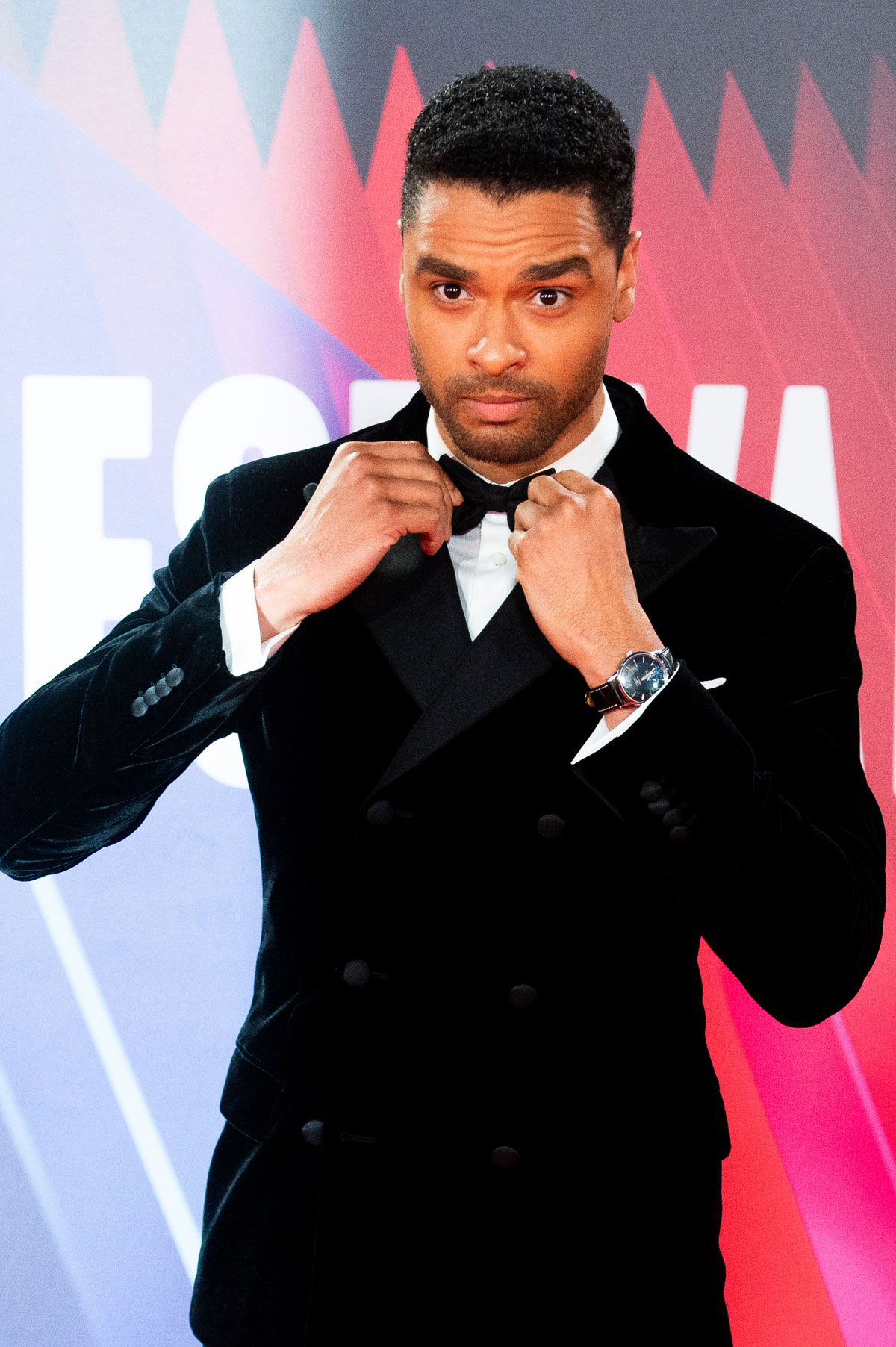 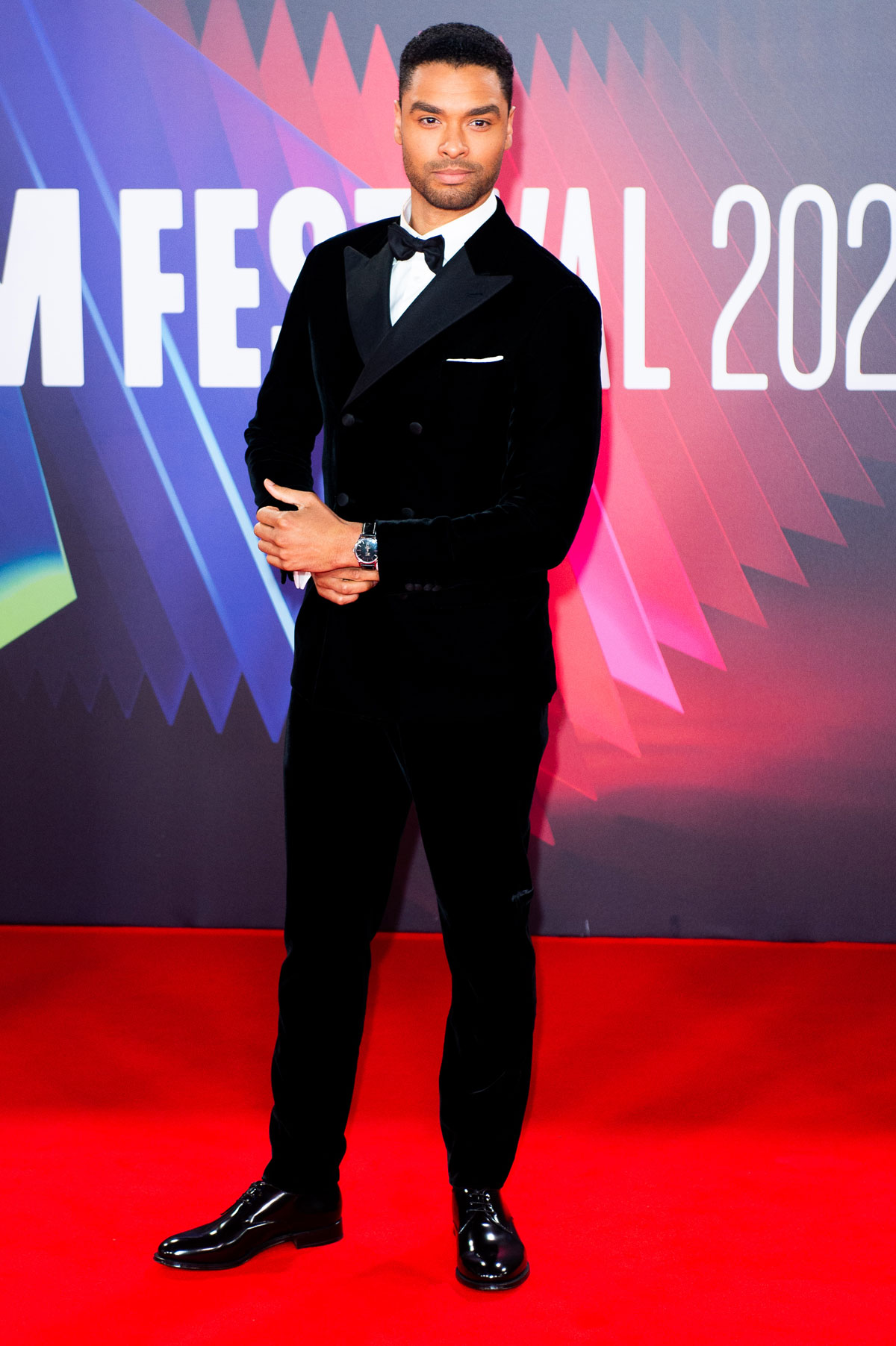