‘La Brea’ on NBC is getting high viewership, but it’s a disappointment 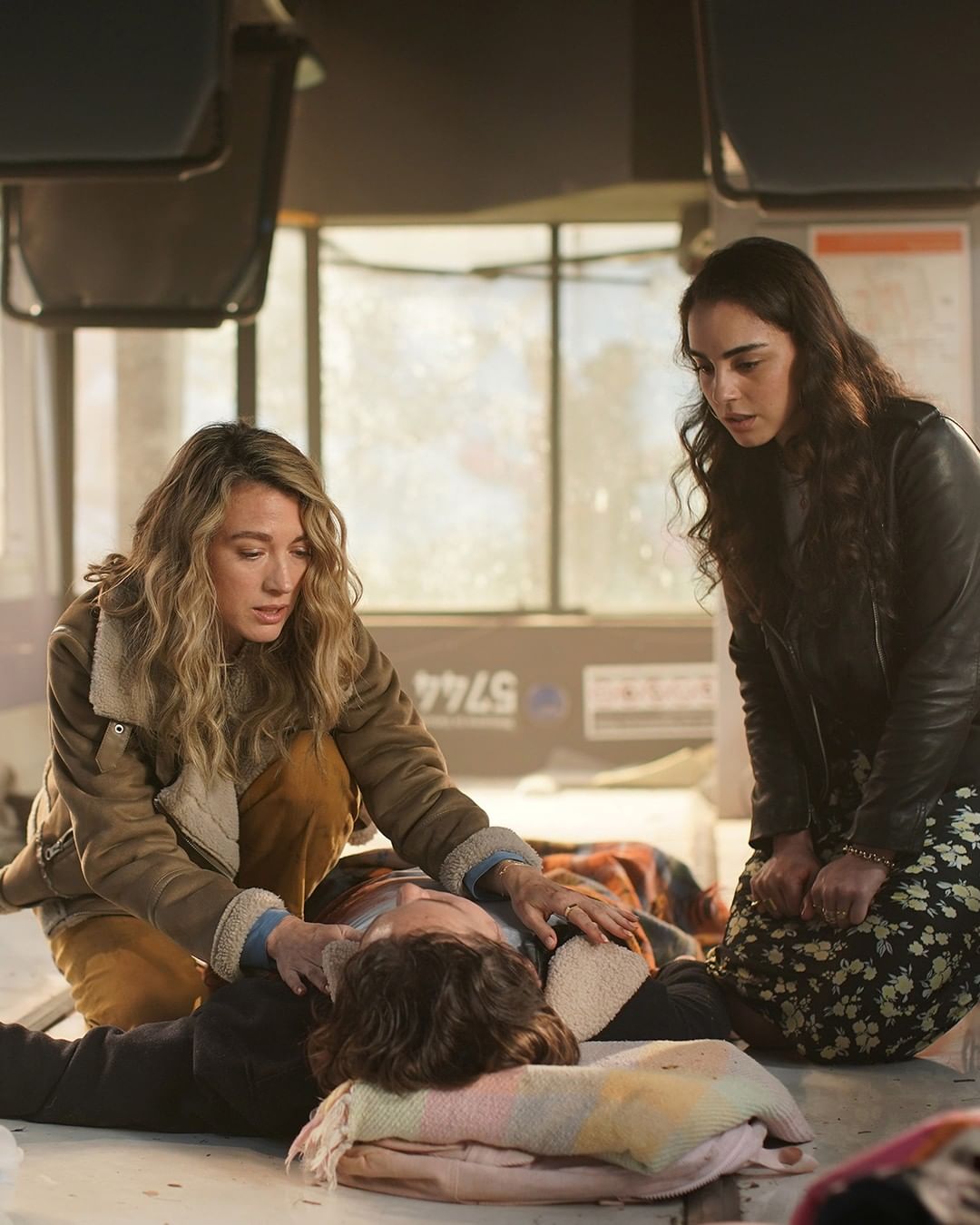 Mild spoilers for La Brea below
NBC just released their streaming numbers for their fall shows and the new show La Brea, with Natalie Zea, Karina Logue and Ione Skye, is the number one new show in the 18 to 49 demographic. The viewership is so big it’s smashing records for NBC. That could be due to the success of the Peacock streaming platform, and also the publicity that NBC has invested in this show. La Brea takes place after a giant sinkhole opens up in Los Angeles near the La Brea tar pits, causing people and cars to get sucked in. People on modern day earth assume they’re all dead, but they’re actually transported to prehistoric times at the same location. This is the setup for a character driven survival show, including encounters with prehistoric predators. Some on modern earth sort-of believe the lost people are alive, based on some sketchy details given by a guy who has psychic visions, and are setting up a rescue mission. I’ve seen the first 2.5 episodes and have some thoughts on it which you can likely predict from the title. First here’s Deadline’s writeup on how well this show is doing.

The premiere episode of the series, which stars Natalie Zea, has more than doubled in total viewers since its September 28 launch, from 6.4 million viewers, per Nielsen overnights, to 15.6M. The latter figure includes live and delayed linear viewing as well as digital viewers on Peacock.

The show, from David Appelbaum, has become the best launch of any new NBC show on the network’s sister streamer, though the company didn’t break out the stand-alone digital figures.

While NBCUniversal is evidently happy with its total performance, both on linear and digital – it is the No. 3 new show of the season in total Live+3 viewers after NCIS: Hawai’i and FBI International – it is particularly pleased with its performance among younger viewers…

The show, originally pitched as Lost-meets-Land of the Lost, comes from Keshet Studios in association with Universal Television. Keshet Studios president Peter Traugott told Deadline that he was pleased with the amount of marketing support surrounding the show, which took a long time to make it to air as a result of the pandemic — it was in the middle of producing its pilot when Covid hit and was picked up straight-to-series in January 2021.

[From Deadline via JustJared]

The fact that this was pitched as Lost meets Land of the Lost makes so much sense. I’m sure it will be as satisfying as Lost too. Right now I’m midway through episode three, having given up because I find it frustrating. When three characters tried to outrun a saber tooth tiger instead of taking shelter in a giant vehicle they were standing next to, I started questioning this show. I love stupid shows with ridiculous premises putting people in impossible situations (see: 911 and 911: Lone Star) but this just takes it a little too far. Dustin at Pajiba agrees with me! I should probably stop watching La Brea before I get mad at it, but at least I know there will likely be a second season. Will they answer the mystery at the core of the show? Doubtful.

19 Responses to “‘La Brea’ on NBC is getting high viewership, but it’s a disappointment”