Jamie Lee Curtis on being supportive of her transgender daughter: ‘that is my job’

Over the summer, Jamie Lee Curtis made it public that her youngest child had come out as transgender. Both of Jamie and Christopher Guest’s daughters, Annie and Ruby, are private people so Jamie doesn’t talk much about them in the press. But Ruby is choosing to share her story because she hopes to make it an easier discussion for other transgender people. Jamie spoke to People about her part in Ruby’s story. Her main objective is to listen and learn and her main job is to love and support both her daughters.

On letting go of Ruby’s dead name: It so doesn’t fit anymore. That was, of course, the hardest thing. Just the regularity of the word. The name that you’d given a child. That you’ve been saying their whole life. And so, of course, at first that was the challenge. Then the pronoun. My husband and I still slip occasionally.

On making mistakes: I think that’s sort of evolutionary and a very important step in our home. We have tried to maintain it in a big way. I’m learning a lot from Ruby.

On her role in Ruby’s journey: I’m not proselytizing, and I’m not trying to force-feed something to people. I’m simply saying, “This is our family’s experience.” I am here to support Ruby. That is my job. Just as it is to care and love and support her older sister Annie in her journeys. I’m a grateful student. I’m learning so much from Ruby. The conversation is ongoing. But I want to know: How can I do this better?

Ruby is also interviewed in the article. She said that she has done her best to stay private but felt her transition helped her accept the spotlight. Not only is she more comfortable being in the public eye as a woman, but she also hopes it helps others to see her live openly. Both Ruby and Jamie talked about her coming out last year. Ruby knew her parents would be supportive of her, but it was still very difficult for her, and she ended up not being able to do it face to face.

The part I appreciated the most was Jamie admitting to slipping up and accepting she had to learn from that. Ruby said in the interview that she doesn’t get mad at her parents when they do. I could understand a parent simply falling into saying a name or pronoun by force of habit. There is a big difference between an occasional slip followed by a correction and a person not making an effort to use the appropriate name or pronouns. I’m sure it meant a lot to Ruby to hear her mother say that her dead name doesn’t fit anymore. It shows that Jamie understands Ruby’s identity and that this is all about Ruby. I’ve heard parents of trans people try to be supportive but as they began the path that Jamie’s on, the parents make it about them and how their child needs to understand how this is for them. That’s why Jamie’s comments warm my heart so much. None of this is about her, just her role in it.

Ruby attended the Halloween Kills premiere with her mom. We don’t have the photos of them together, you can see one here, but here is a shot of Jamie. She’s dressed as her mother Janet Leigh’s character from Psycho, which is such a boss move. Plus, it kind of means grandmother, mother and granddaughter were all on the carpet together. 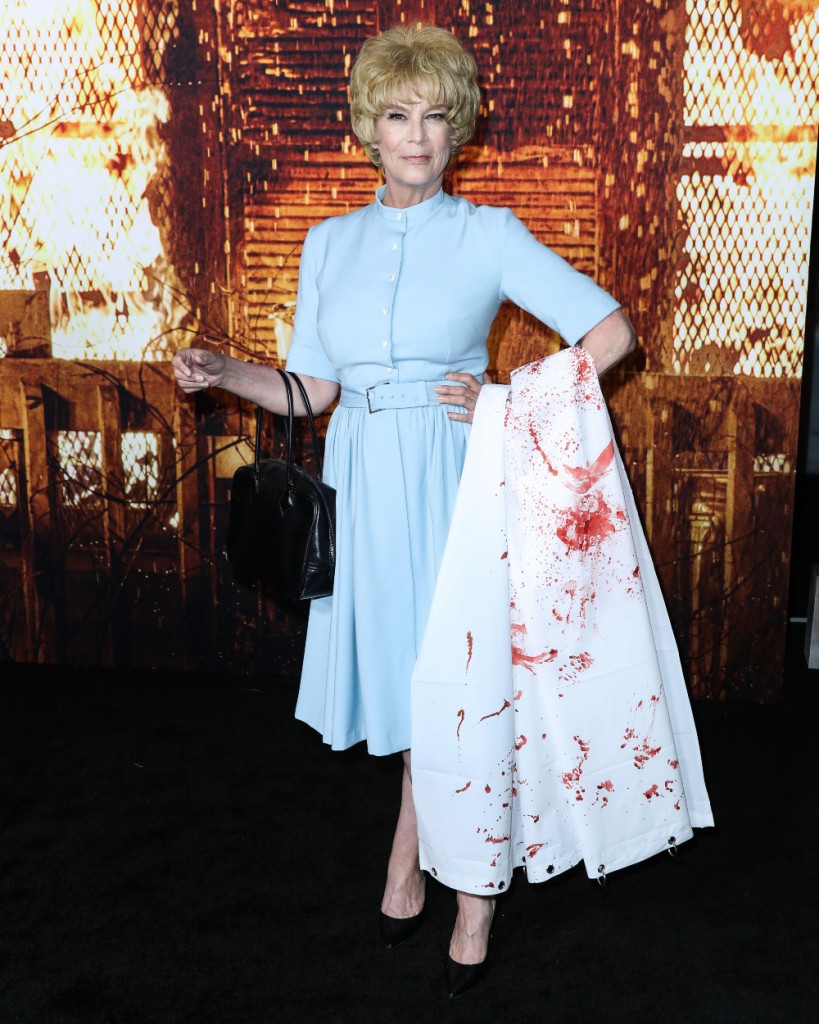 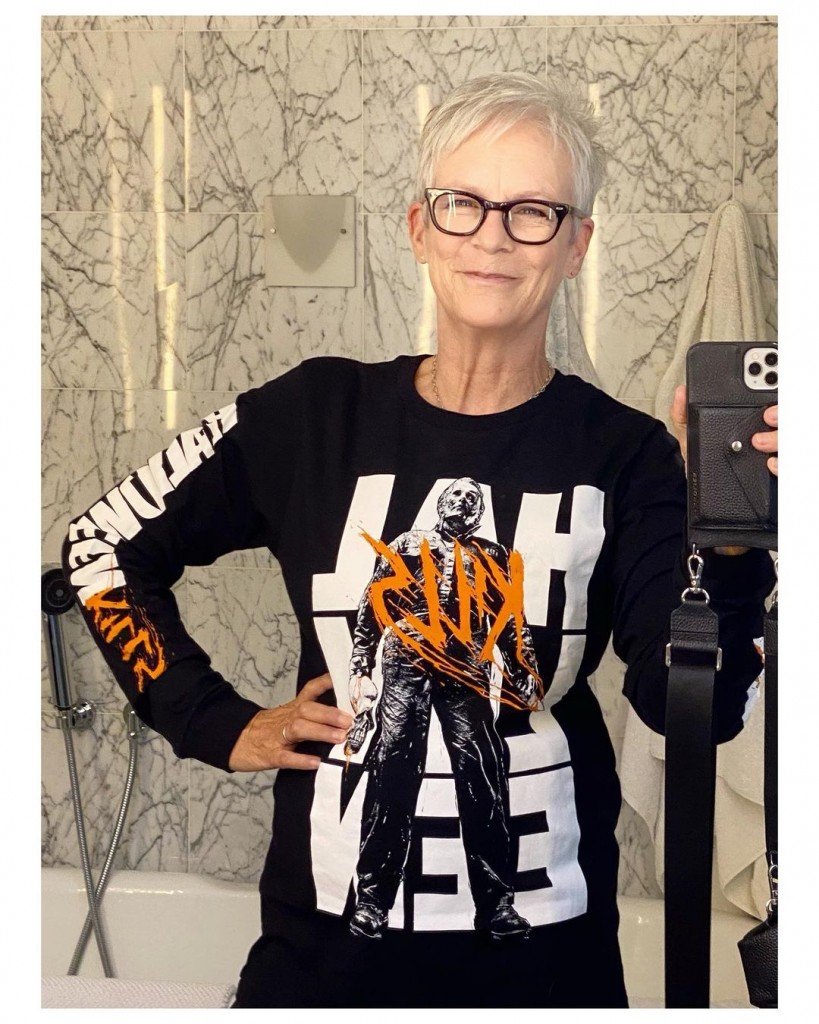 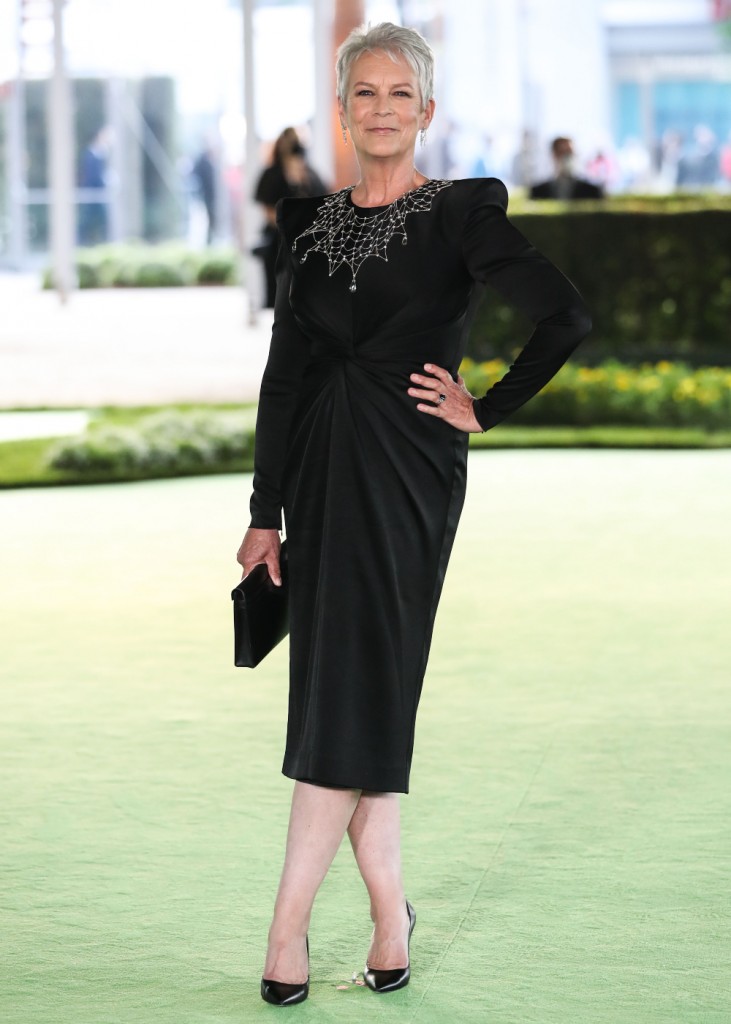 25 Responses to “Jamie Lee Curtis on being supportive of her transgender daughter: ‘that is my job’”