Hailee Steinfeld: If I don’t get 8 hours of sleep, you won’t get a ‘good version’ of me 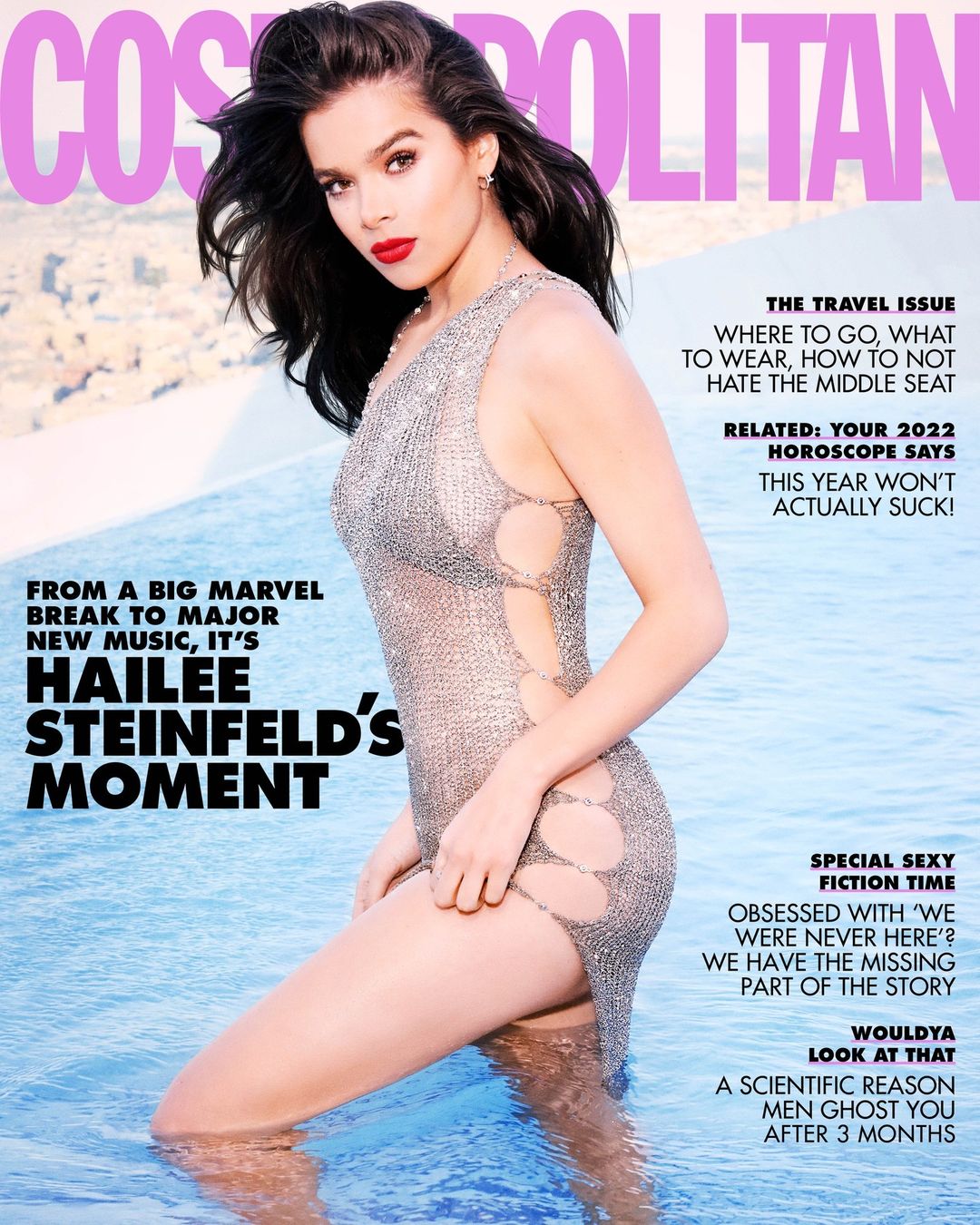 Hailee Steinfeld is currently promoting the third and final season of AppleTV’s Dickinson (where she plays Emily Dickinson) and Disney+’s Hawkeye series, which I kind of forgot was happening for much of this year. Remember, WandaVision and Loki were the proverbial canaries in the coal mines for Marvel’s attempt at limited series programming, and they thought Hawkeye would bring up the rear and put a bow on it. Part of Hailee’s Cosmo interview is about those projects, but she’s also talking about her music career, sleep habits and her (lack of a) love life. Some highlights:

She needs sleep: “There are people I’ve worked with who I love and admire who have that mindset like, “I don’t need breaks; I love what I do,” and you believe them, right? There’s part of me that wants to be “all work, no sleep.” But listen, I need eight hours. If I don’t get that, you’re not gonna get the good version of me.

What she wants in a partner: “I want a partner who is, first and foremost, loyal and honest but confident in themselves and able to do their thing while I do mine. It’s weird talking about it because it’s been in my head for so long. A lot of this music is also about taking control and taking ownership of one’s self. But I also think there’s power in claiming what you want, and maybe what you want is not to be alone.

She needs her friends to chill out while she’s single: “I am very focused on myself and couldn’t be happier about it. I have moments where I’m like, “All my friends are engaged, married, dating.” What a wonderful thing that seems like, right? I really don’t ever have moments of, Oh god, I feel so single, but it is funny how in the past year or so, a lot of people have gotten engaged or married. I’m like, “Everybody’s gotta slow down for me, okay?”

Her Sagittarius qualities: “My spontaneity, which has come through a lot more in the past few years. Maybe because my life has been so routine for so long that I’ve gotten to a point now where I can drive, go places, do things on my own as my own person. And not that I couldn’t before, but now, if I can do something, I’m gonna do it and I’m not gonna overthink it.

Ah, she’s a Sagittarius. The archer! That’s all I’ve got. I don’t know how to be spontaneous and that’s probably a Virgo trait. Hailee is permanently 15 years old in my head so it’s still shocking to see her look and act like a woman in her mid-20s who has her act together, who has friends who are old enough to get engaged and married. As for the sleep thing… people who get eight solid hours of sleep every night are completely foreign to me! I’ve never been like that in my entire life. Now, if I don’t get at least five or six hours of sleep, I’m a total mess.

26 Responses to “Hailee Steinfeld: If I don’t get 8 hours of sleep, you won’t get a ‘good version’ of me”