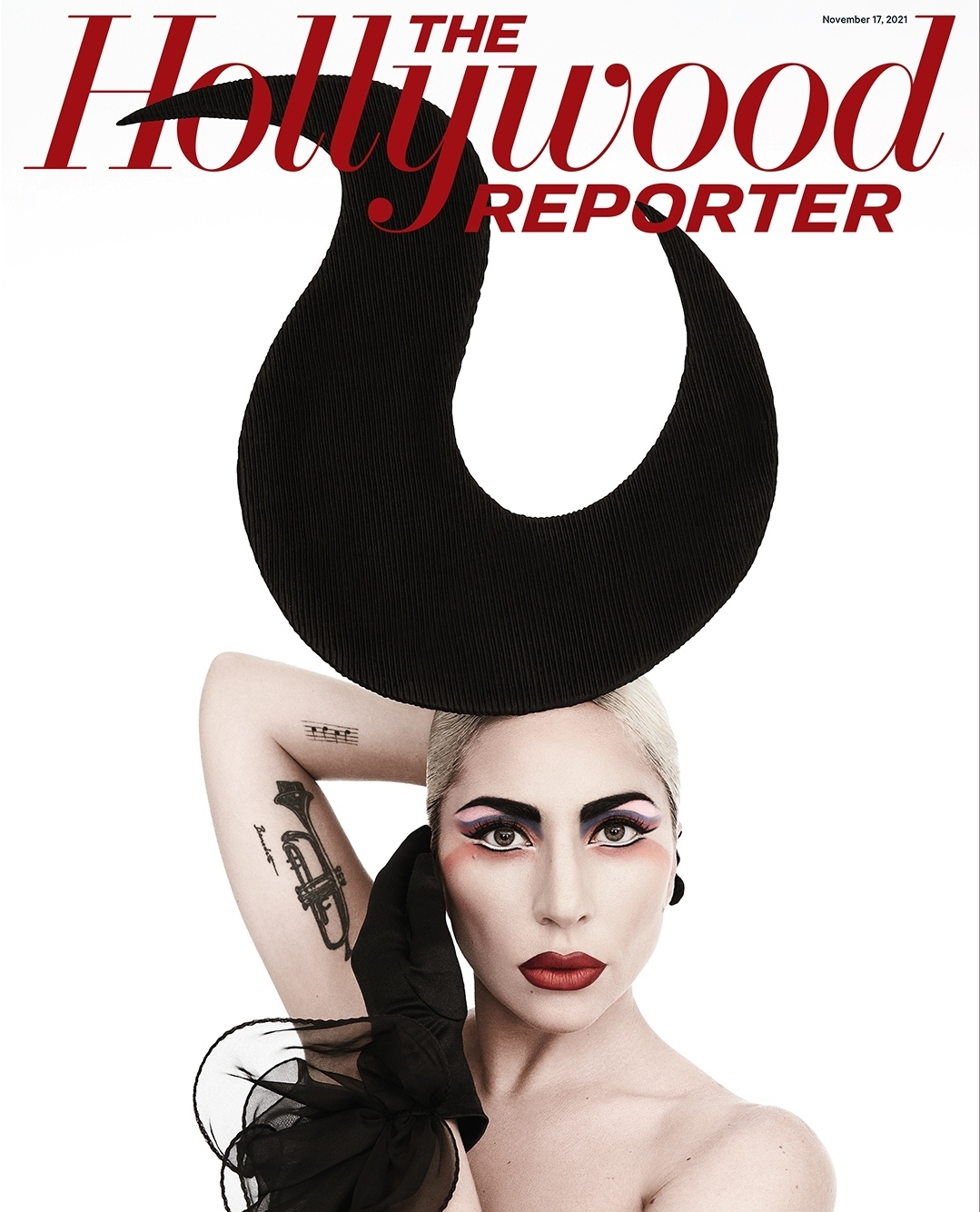 Lady Gaga wants an Oscar. She’s not making that a secret. She’s openly campaigning for a Best Actress Oscar for House of Gucci. She’s been doing the industry circuit throughout the fall, and she’s been crisscrossing Europe and North America to promote the film, sometimes solo. I was reading a Ridley Scott interview and he was talking about how quickly he moves while filming, how many cameras he uses, how few takes he gives actors and how he likes to bring in films under budget and ahead of schedule. He let it slip that the House of Gucci shoot only lasted 42 days?! Just keep that in mind whenever you hear Gaga talk about the absolute ORDEAL she went through making this movie. Don’t get me wrong, I think Gaga looks like she’s giving a great performance too! I just think it’s a f–king joke that every actor’s Oscar campaign is based on how hard they suffered through a grueling shoot. And in this case, the shoot was two months, broken up by some location changes and travel. Some highlights from Gaga’s Hollywood Reporter cover interview:

She experienced a dissociative state during filming on ‘Gucci’: “Ridley said, ‘I don’t want you traumatizing yourself.’ And I said, ‘I already have. I’ve already been through this anyway. I might as well give it to you.’ And he said, ‘Well, leave it here and don’t do this to yourself anymore.’ ”

She channeled her past trauma into this performance: “I took the pain I feel from being attacked when I was a young girl, from feeling left behind by people that I love, from feeling trapped that I can’t go out into a world that I love. I took that pain and I gave it to her.”

The weight of that fame is oppressive. “I made a trade when I decided to pursue my career in the way that I have. I didn’t know what that trade was going to be, but it happened. And in a lot of ways, I feel like I’ve lost everything.”

Bradley Cooper on Gaga: “A Star Is Born is such a specific thing, and there was always a meta element to the project. She’s just so terribly charismatic and beautiful. When I met her, I thought, ‘If I can just harness that … then it’s just for me to mess up.’ But then, when we started working together, I realized, ‘Oh, oh, the sky’s the limit in terms of what she’s able to do and her commitment level.’”

Cooper on whether he & Gaga have chemistry in real life: Fans speculated they might not really be acting. Cooper says they definitely were acting during “Shallow,” which ultimately won Gaga the songwriting Oscar, and he had conceived the performance to unfold like a scene from the movie in part to help manage his own fears about singing live. “Just from a personal standpoint, it reduces the anxiety level. They kind of fall in love in that scene in the film. It’s that explosive moment that happens to happen to them on a stage in front of thousands of people. … It would have been so weird if we were both on stools facing the audience.”

Gaga views her ‘Gucci’ role as feminist: “I can assure you, you should never put a hit out on your husband. But my love and best wishes and my heart go out to all of us women who try to survive and matter in a man’s world. While lots of men were trying to figure out what piece of this pie they were going to get to keep, while they were watching the money, they should have been watching her. And because they didn’t pay attention to her, they lost everything.”

Accent work, pasta: “If I can sing rock ‘n’ roll or jazz or country or pop music, I knew I could speak in a specific Northern Italian accent. It’s knowing how to use your voice, why, and where, and with who, and how to feel while you’re doing it.” She ate more pasta and bread than usual, deliberately gaining weight to have a more rounded figure.

Her transformation: Gaga woke up around 3 a.m. to begin her transformation, a process that included donning a prosthetic bald cap under her various wigs. Often after she awoke she vomited, from some mixture of “anxiety, fatigue, trauma, exhaustion, commitment and love. You wake up, you throw up, you go to set, throw up again.”

I admire her hustle even though I think she’s laying it on too thick. Even on-screen bear-assault survivor Leo DiCaprio is like “honey, you’re overselling this.” You know what Oscar voters like to hear? That you had a great time filming a movie! That you enjoyed yourself while you worked and everything really was glamorous and crazy, just like in the movie. Not everything has to be this vomitous bummer. I do find it interesting that Bradley Cooper is in her corner this year – I could totally see him doing some Oscar campaigning for Gaga, maybe hosting some Academy screenings or an Oscar-voter party for her. After all, he wants to win an Oscar too.