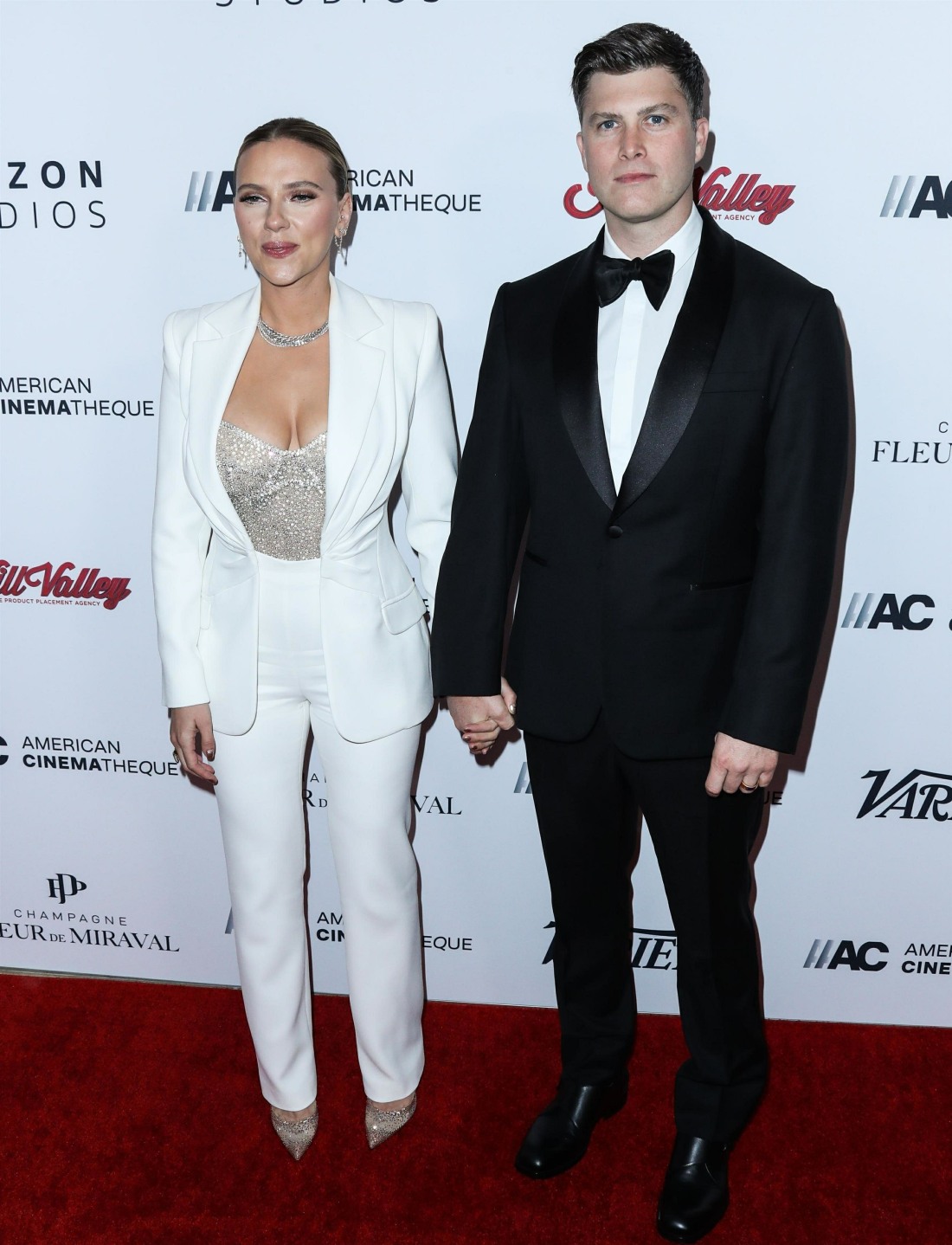 Last night, Scarlett Johansson was honored at the American Cinematheque Awards. She was this year’s recipient of the award, and she brought her husband Colin Jost as her date. This is the first time in a few years that they’ve been on a red carpet together, and it’s her first red carpet since giving birth to her second child, son Cosmo Jost.

Scarlett wore this white Versace suit with a cut-out back. She looked pretty from the front, but I’m not a huge fan of the cut-out back, honestly. She looks a bit tired, probably because she had to fly all the way to LA for this, and she’s spent most of the year at her place in the Hamptons.

I’m happily surprised that Scarlett’s career doesn’t seem to have been affected long-term or short-term by her lawsuit against Disney for the release of Black Widow. The case went into arbitration and Disney quickly settled the issue, because it was clear that Scarlett had backup not only from CAA and SAG-AFTRA (her union), but from women’s groups around the country. Marvel Studios president Kevin Feige attended this ceremony and he not only praised Scarlett (and did not mention her lawsuit), he also confirmed that Scarlett will still work with Marvel on a future project as a producer. 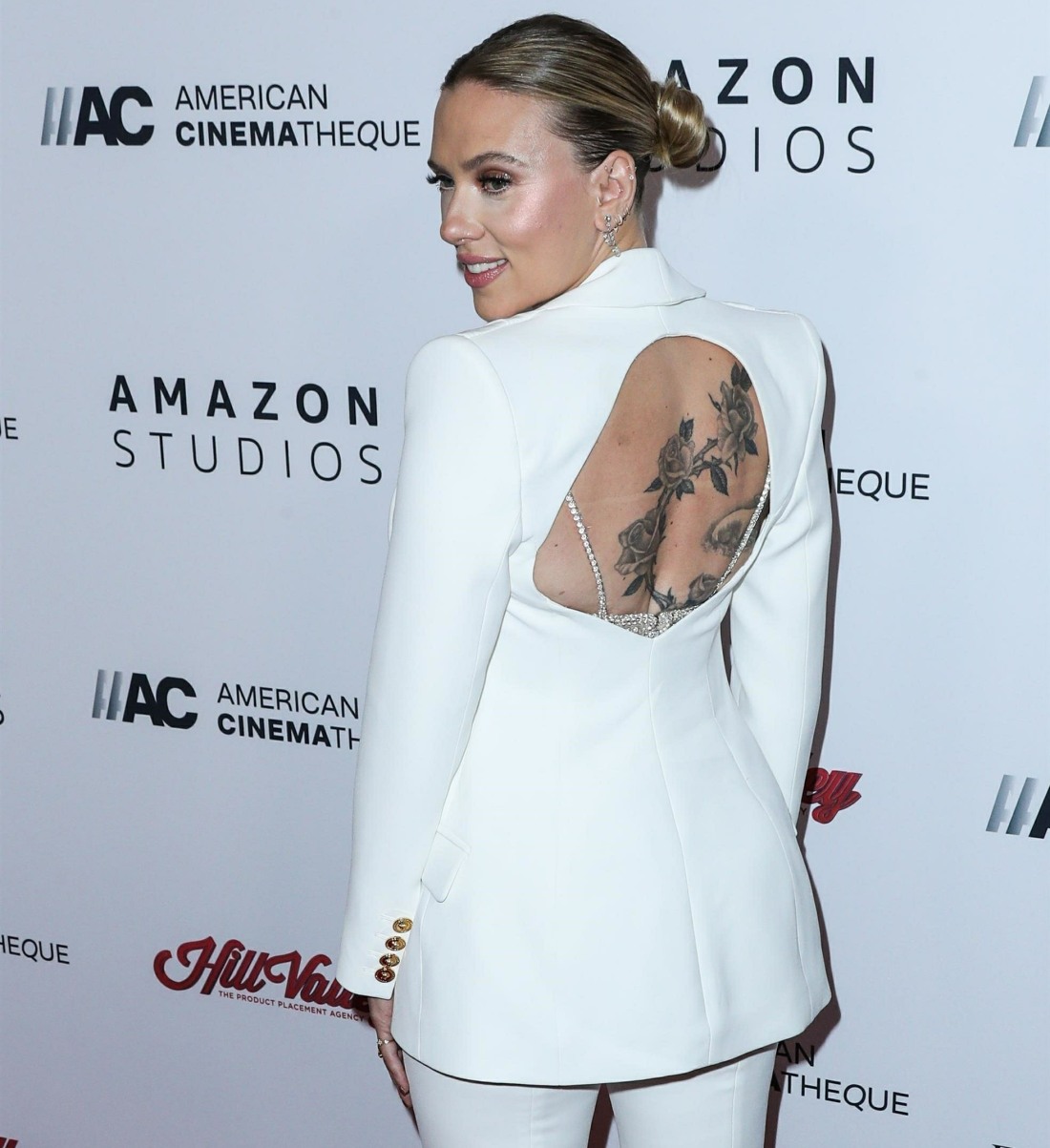 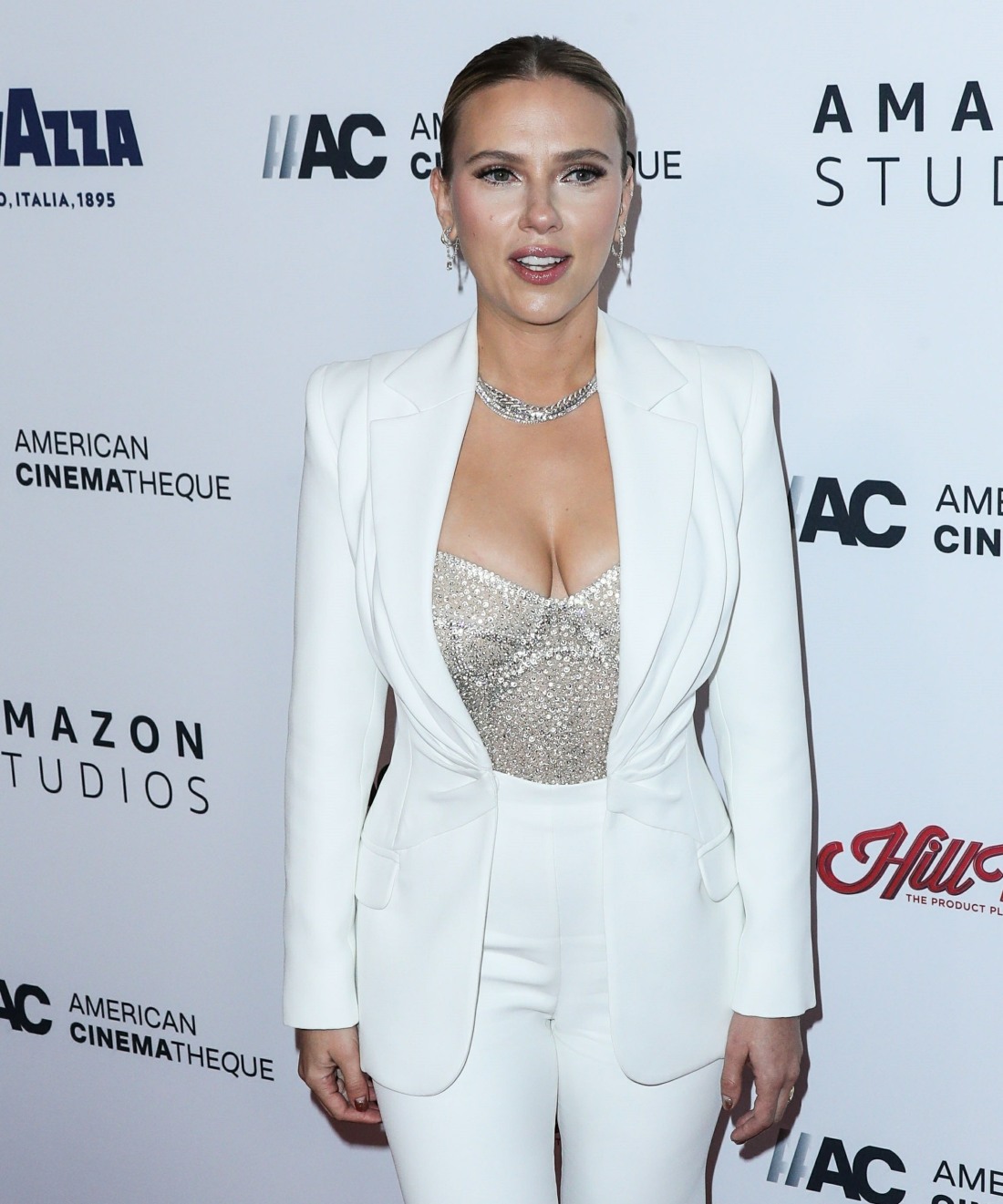 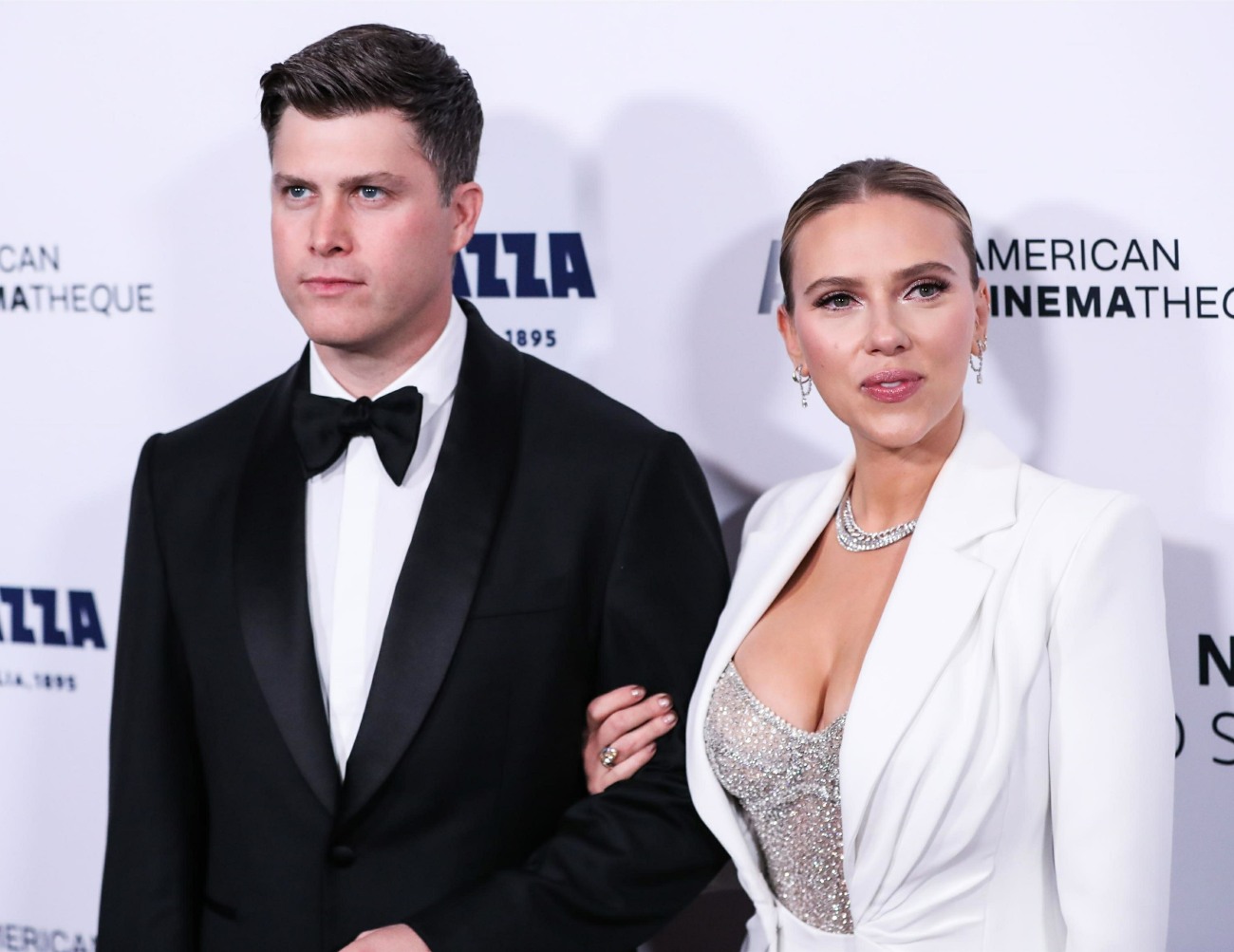