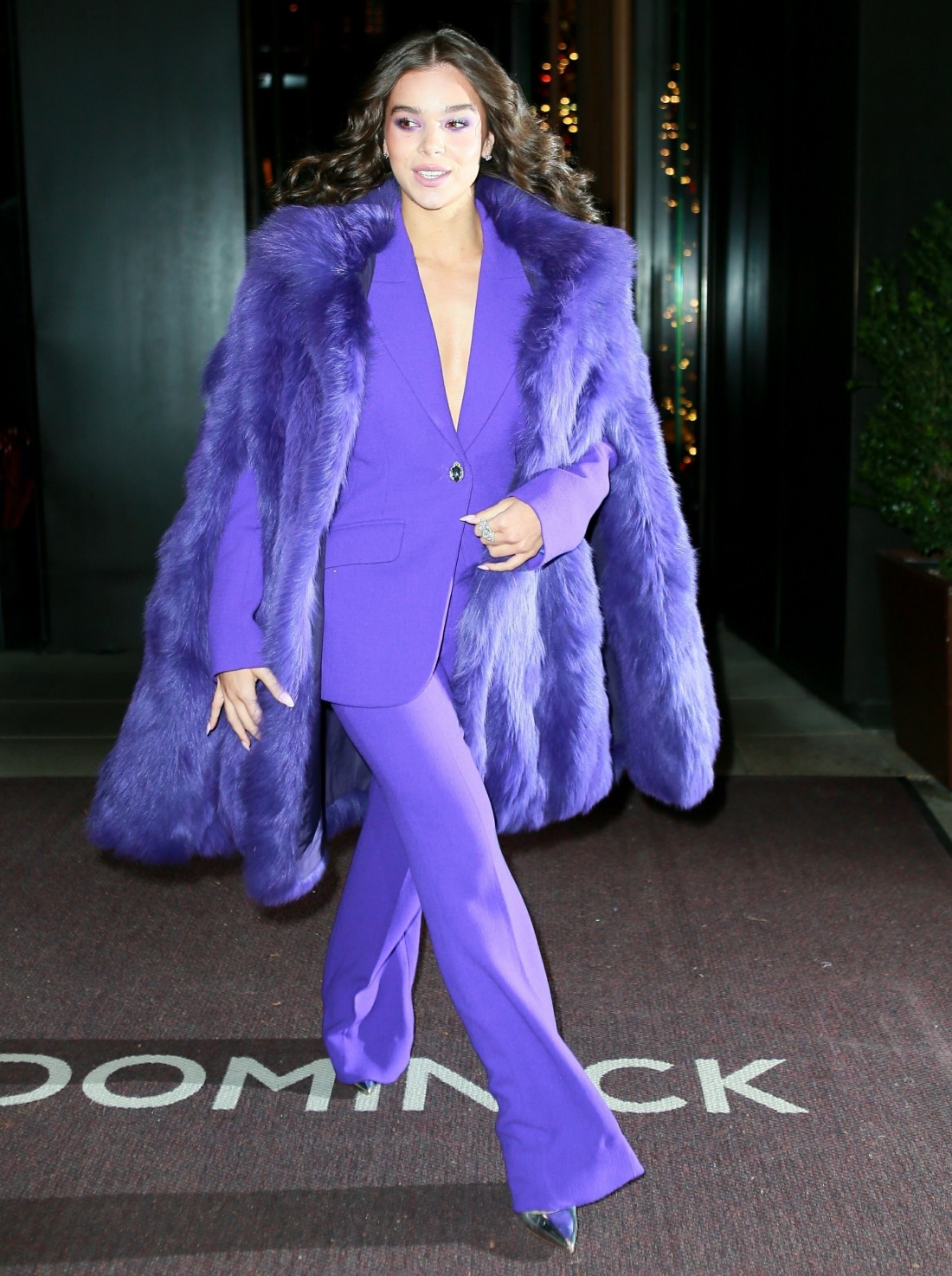 Hailee Steinfeld is currently promoting Disney+’s Hawkeye streaming series. She plays Kate Bishop, Hawkeye’s protege (not his daughter). This is, I believe, Jeremy Renner’s final outing as Hawkeye, but we’ll see – it’s possible that if this series is seen as successful, they’ll greenlight a second series (which is what they did with the Loki series).

Hailee and Renner have both been doing tons of interviews and appearances on behalf of the series, because Disney demands it of their stars. Hailee is clearly having fun with her fashion – she’s in New York this week, and it’s probably freezing up there, considering it’s pretty f–king cold here in Virginia. So Hailee went with a beautiful purple suit and a matching (fake?) fur cape. She looks SO good. She looks like a real superhero in this ensemble. She’s so pretty! 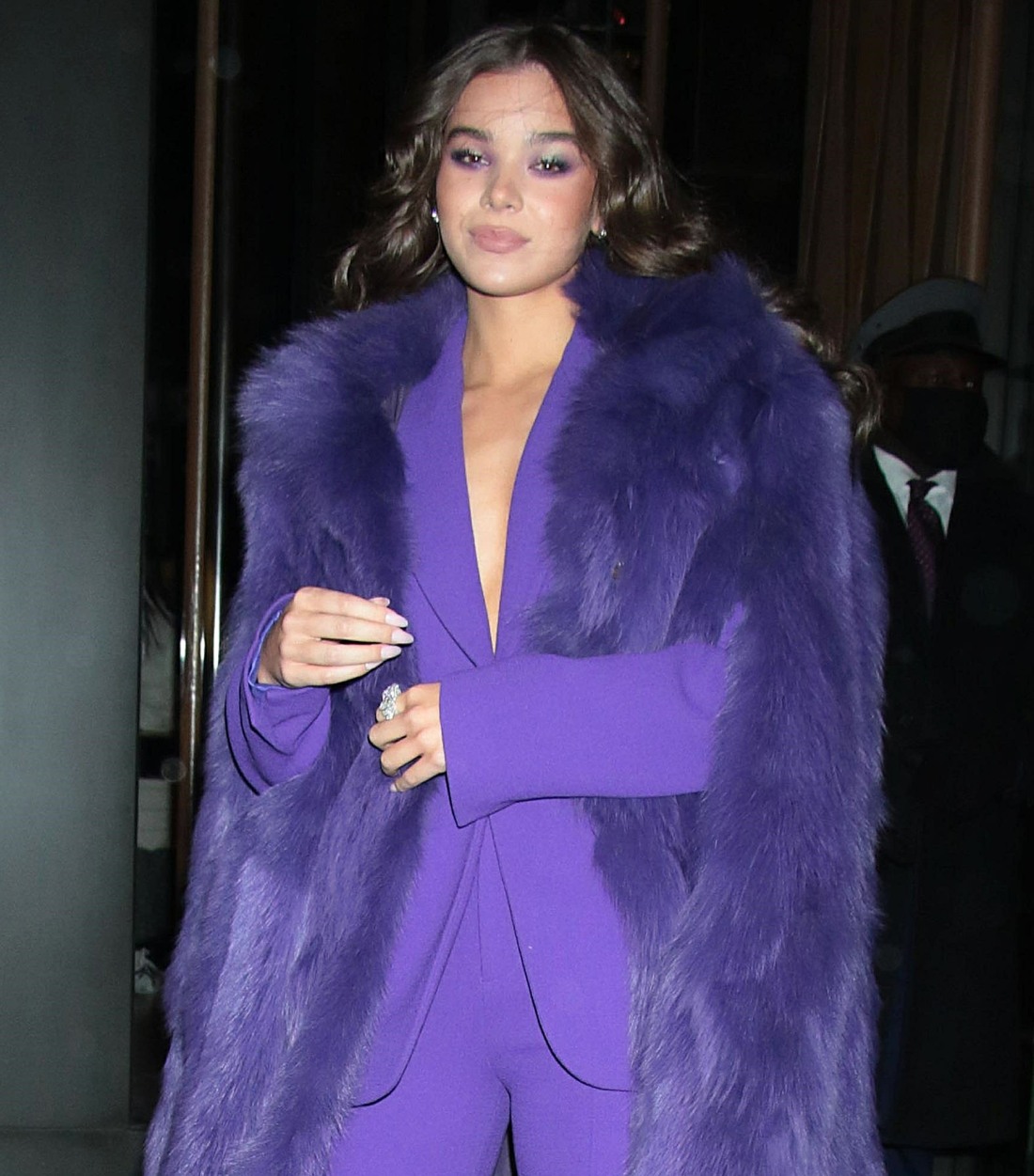 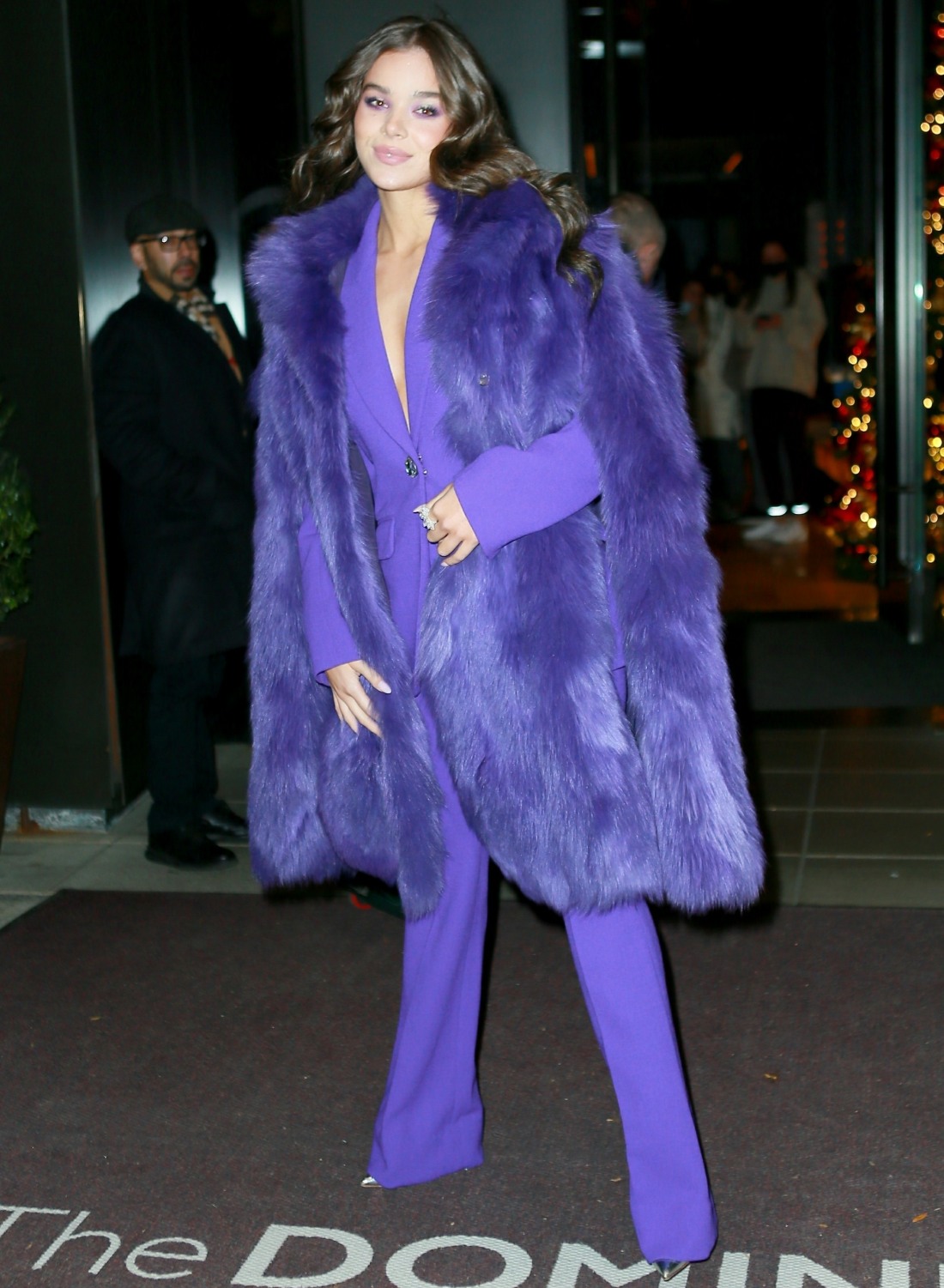 She also stepped out in this bonkers sweater dress and snakeskin boots. I kind of love the boots because I like animal prints and reptile prints, but the boots would have looked more amazing with a black-and-white outfit. Or even all-black, so the boots could pop. 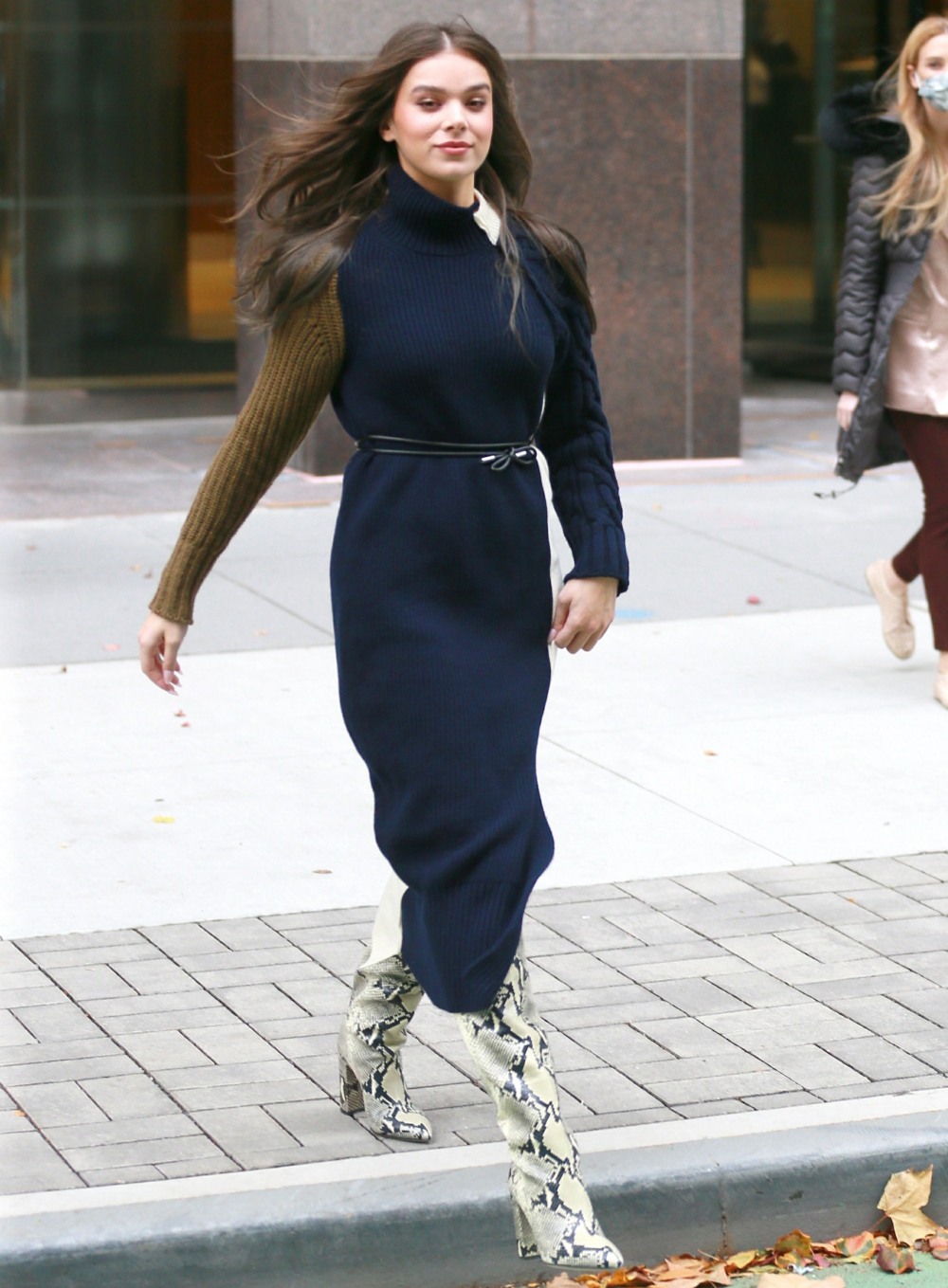 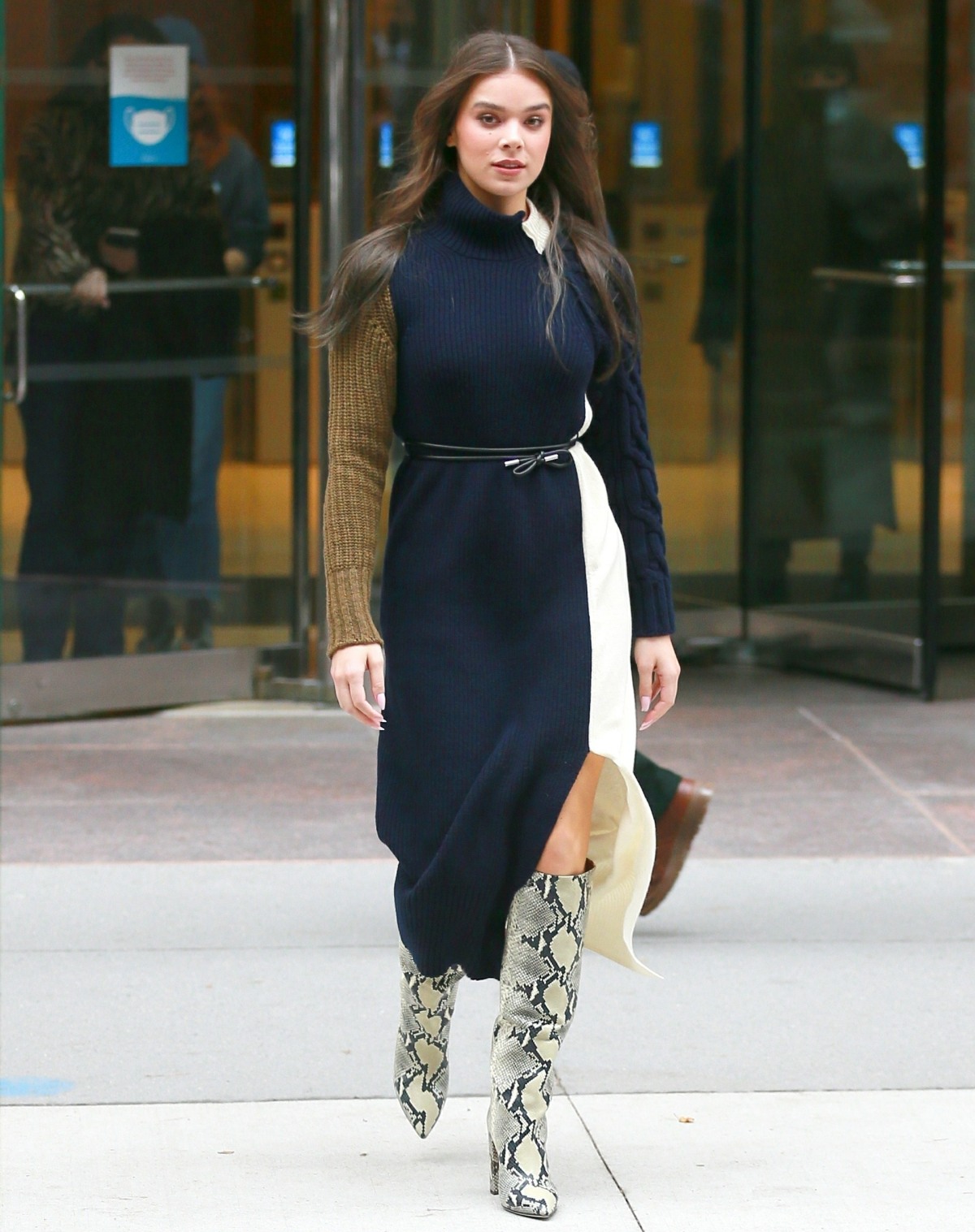