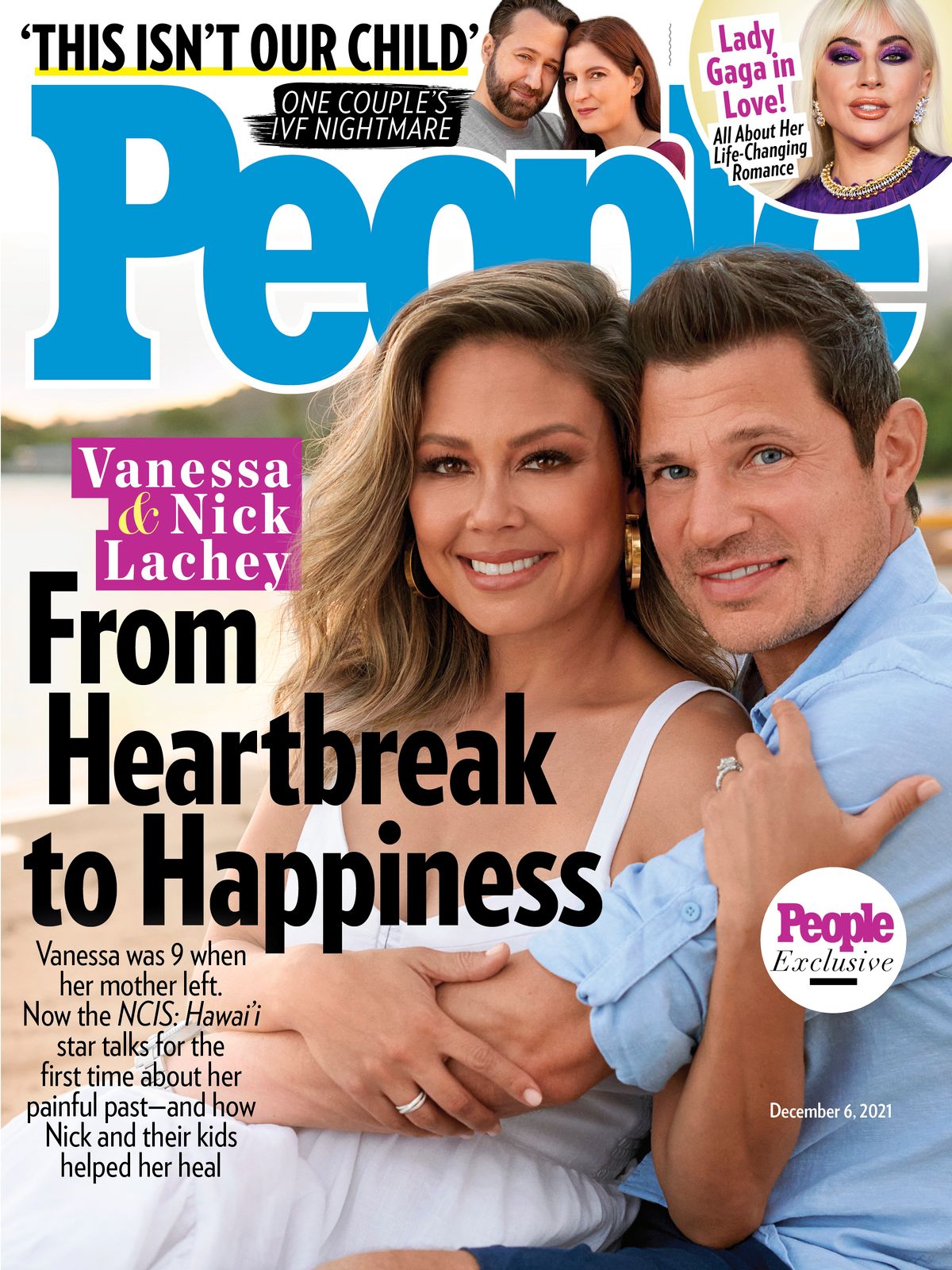 Vanessa and Nick Lachey are covering People Magazine to promote her new book, Life from Scratch: Family Traditions that Start with You. They’ve been married for ten years and have three children together: two sons named Camden, nine, and Phoenix, four, and a six-year-old daughter, Brooklyn.

Vanessa talked to People about her childhood and it’s kind of heartbreaking. When Vanessa was just nine her mother left her and her brother with their dad, who had since remarried after separating from Vanessa’s mom six years before. Her mom visited them on weekends for a little while but just stopped, essentially abandoning them. It wasn’t until Vanessa was pregnant with her first child that she realized how it had affected her.

“I didn’t really understand when she didn’t come for one weekend, and then another weekend,” says Vanessa, who saw her mother only twice over the next decade. “Then you just hope she’s going to come back and always wonder why she didn’t. It took me [time] to understand that it wasn’t [my fault].”

She began dating Nick in 2006, and while she felt “accepted” by a partner for the first time, it wasn’t until they became pregnant after their 2011 wedding that she realized how deeply she had been affected by her painful childhood.

She struggled with feelings of self-doubt and insecurity, but ultimately “what I realized is you don’t have to fall into those [same] patterns, and I didn’t,” she says.

“Honestly, it didn’t really come up until we had our first baby,” [Vanessa] 41, tells PEOPLE in its latest cover story about realizing she was still struggling with emotional wounds stemming from her painful childhood. “I said [to Nick], ‘If the first one is a girl, I’m going to be terrified.’ ”

“Before we were married, we had very deep conversations about everything in life — about our past, about our present situations, and about our future and what we wanted,” says Vanessa. “It was really important for me to explain to him where I came from.”

[Vanessa] says she felt fully “accepted” by her husband, but her insecurities came to the surface during their first few months of marriage.

“Nine years ago, I was terrified that I would mess her up, so to speak — that I would fall into these patterns subconsciously,” she says. “What I realized nine years later, having a boy and a girl and a boy, is that you don’t have to fall into those patterns. And I didn’t.”

Still, her pregnancy with Camden was an emotional time. While she was thrilled to be growing her own family, Vanessa struggled with “irrational” thoughts, she says.

“Nick and I got married in July 2011 and I got pregnant that December,” she recalls. “I was like, ‘If this is a little girl, and it’s everything he’s ever wanted, what if he loves her more than me?’ ”
Giving birth to Camden first “was the blessing that I needed,” she adds. “By the time we got to my daughter, I was ready.”

Vanessa went on to say that “Your messy past doesn’t have to define your future,” and that people know what’s best for them and their family. That’s so sad that she worried her husband was going to love a daughter more than her. Nick sounds like a great partner and like they have a supportive and equal relationship. He seemed that way on Newlyweds too, although obviously that was heavily edited. Nick dated a little after Jessica, he even went out with Kim Kardashian! He met Vanessa shortly afterwards and they’ve been together since 2006.

I’m glad Vanessa feels like she was able to heal after her rough childhood and to be a loving mother. Nick and Vanessa have said that they go to therapy and I would bet that Vanessa has worked with a counselor individually too.