Demi Moore in Fendi at the Fashion Awards in London: plastic or lovely? 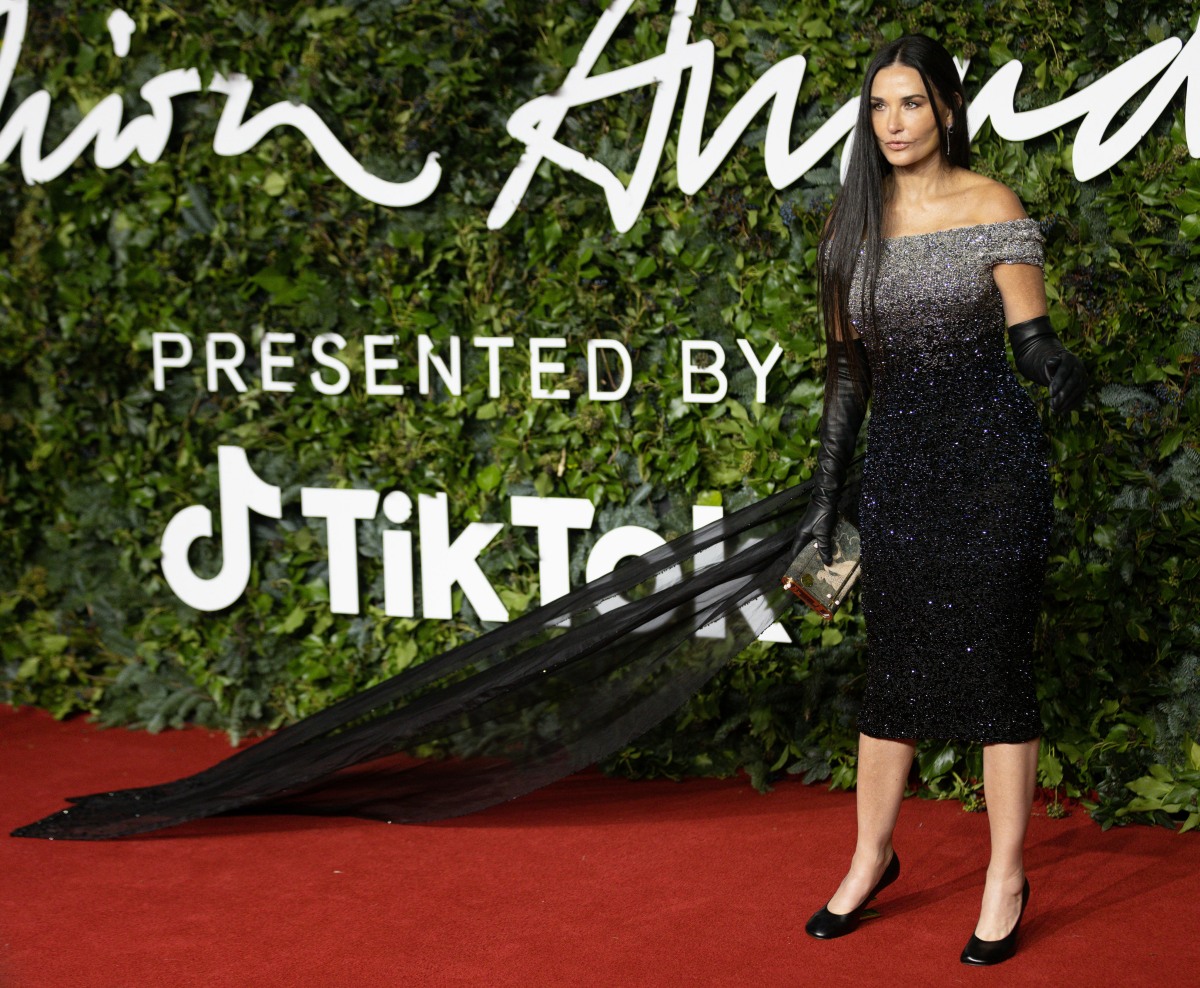 The Fashion Awards (formerly the British Fashion Awards) were held last night in London. This event has really turned into a big deal over the years, with Anna Wintour coming over to attend, and A-list celebrities and major fashion designers showing up. Earlier this year, Demi Moore walked the (pandemic) runway for Fendi, and it turns out that she’s quite close to Fendi’s chief designer Kim Jones. Last night, she was the guest of Kim Jones and she wore Fendi, obviously. The dress itself is okay-ish, a bit boring but generally fine. Just like at the Fendi show though, people are really talking about what Demi has done to her face. I’m starting to think that she got that “ribbon lift” facelift that Madonna got like 12 years ago. It made Madonna’s face look like this too, like a surgeon carved everything a bit too tightly. Whew. 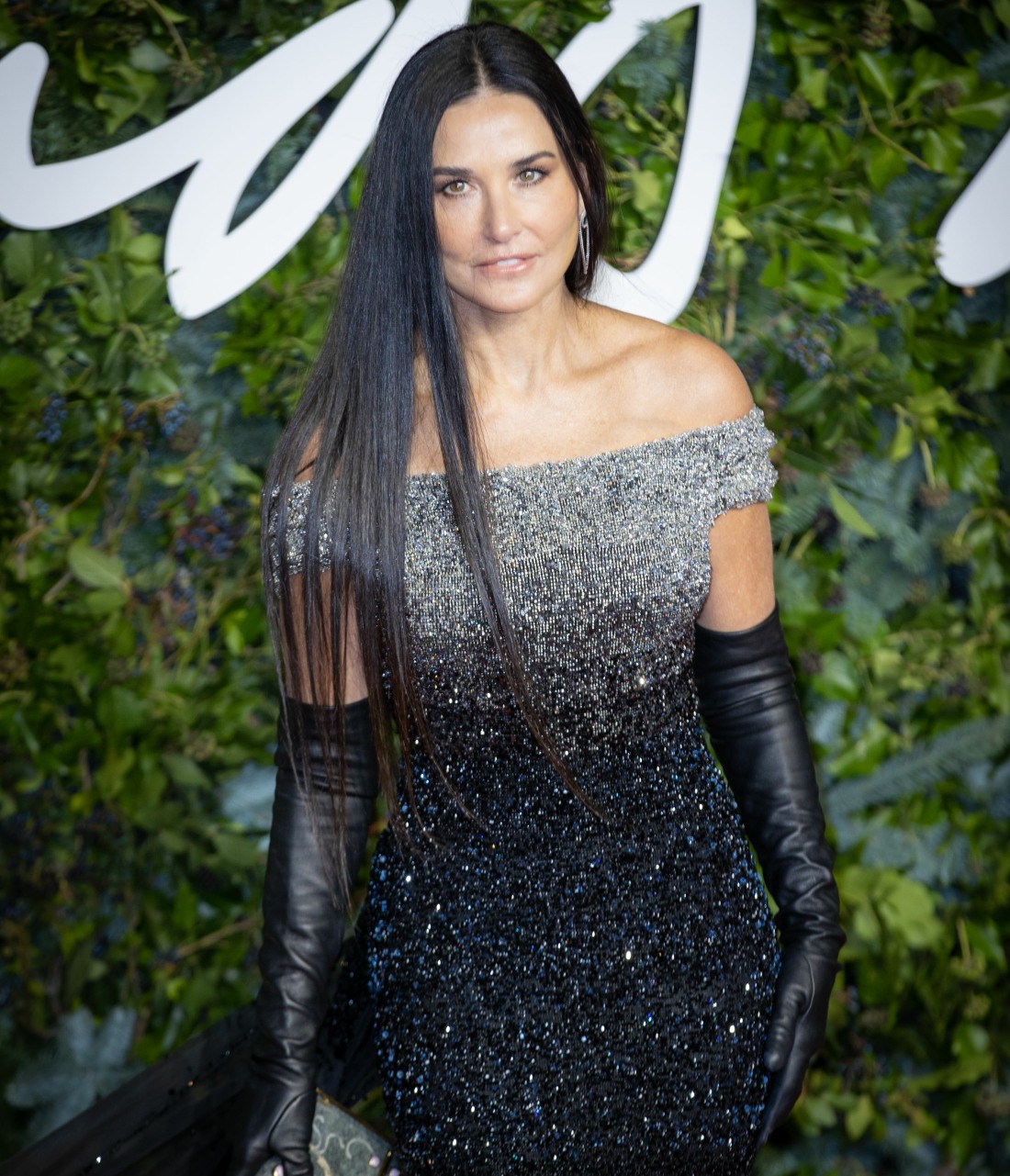 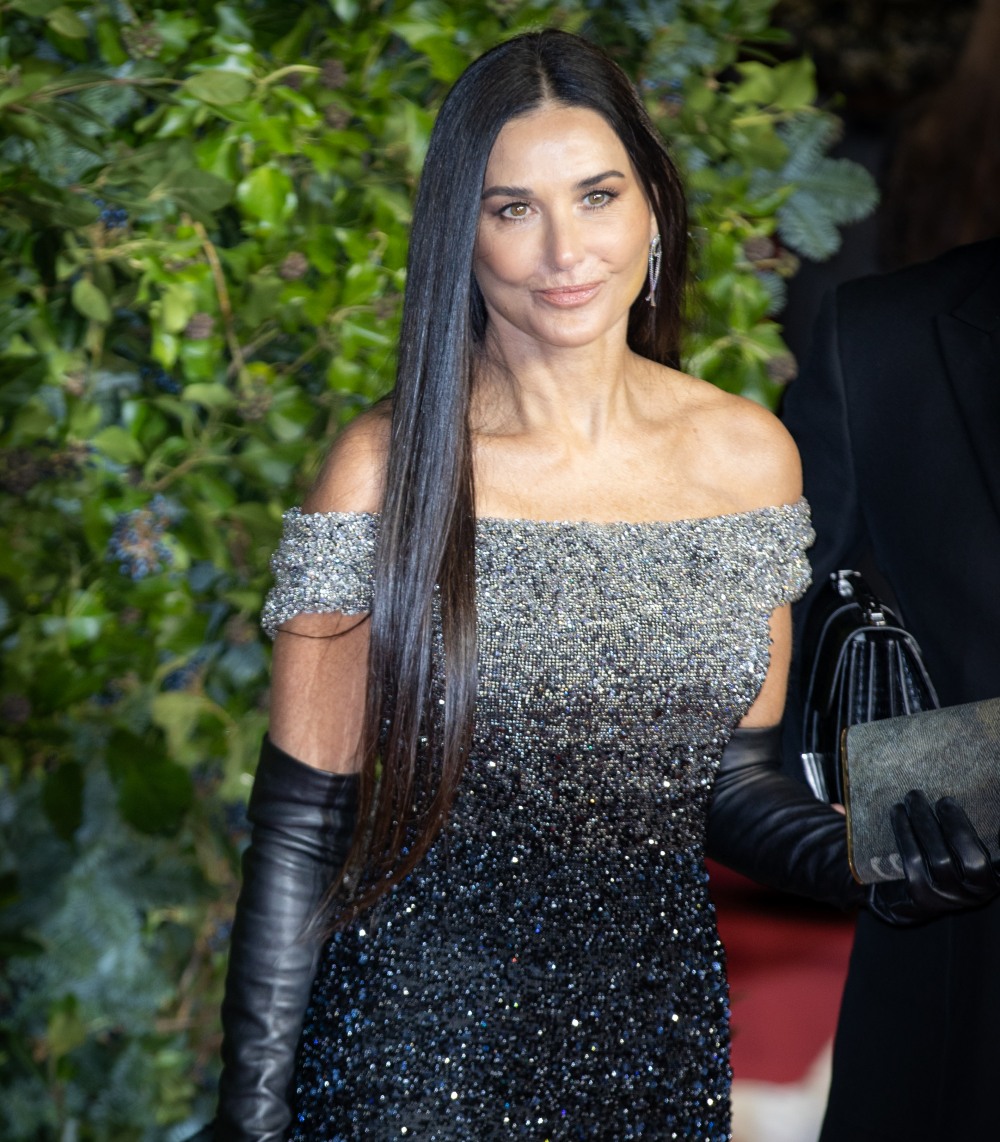 For so long, I’ve been begging Dua Lipa to simplify her style and she’s finally doing it! She looks cute. She wore this Maximilian gown with unattached “sleeves” and “collar.” 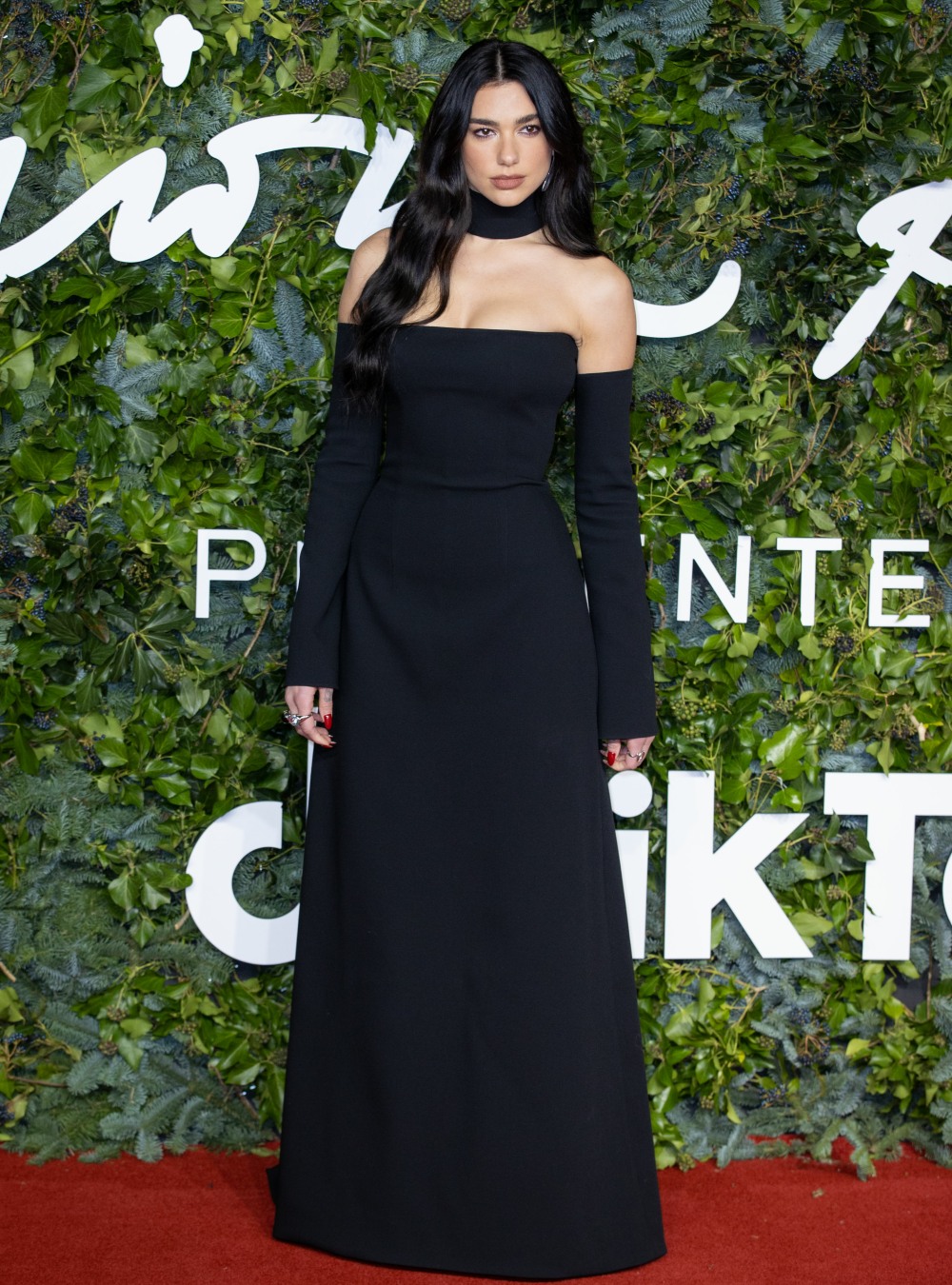 Kristin Scott Thomas in a simple black satin gown. It looks fine on her, although I feel like this dress is probably pretty unforgiving. I love KST and I love that she’s rocking some grey-blonde hair. She’s so beautiful! 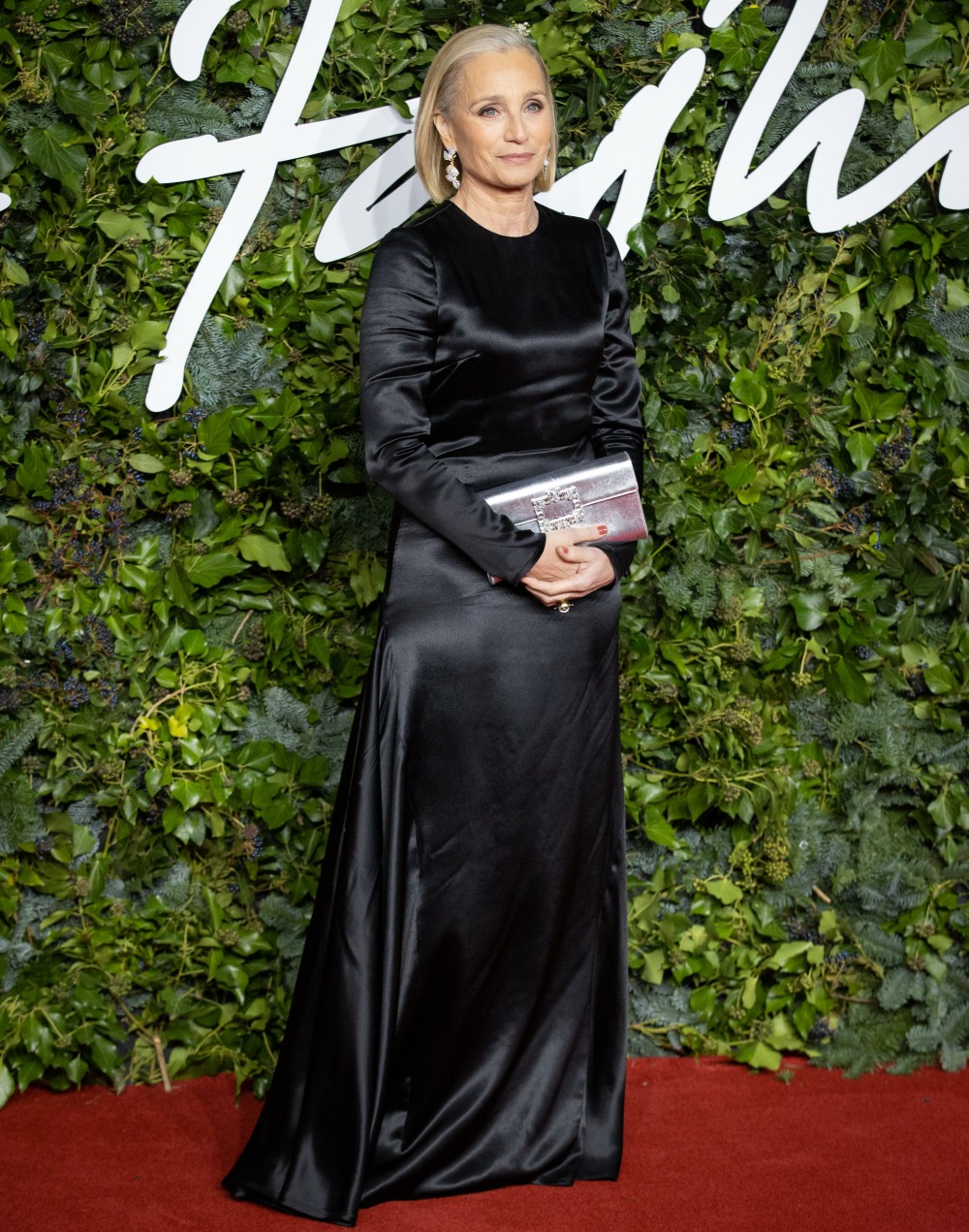 Alexa Chung in Caroline Hu. Looks like a prom dress from the 1970s. The black lace gloves are arguably the best part of the look??? That shocks me. 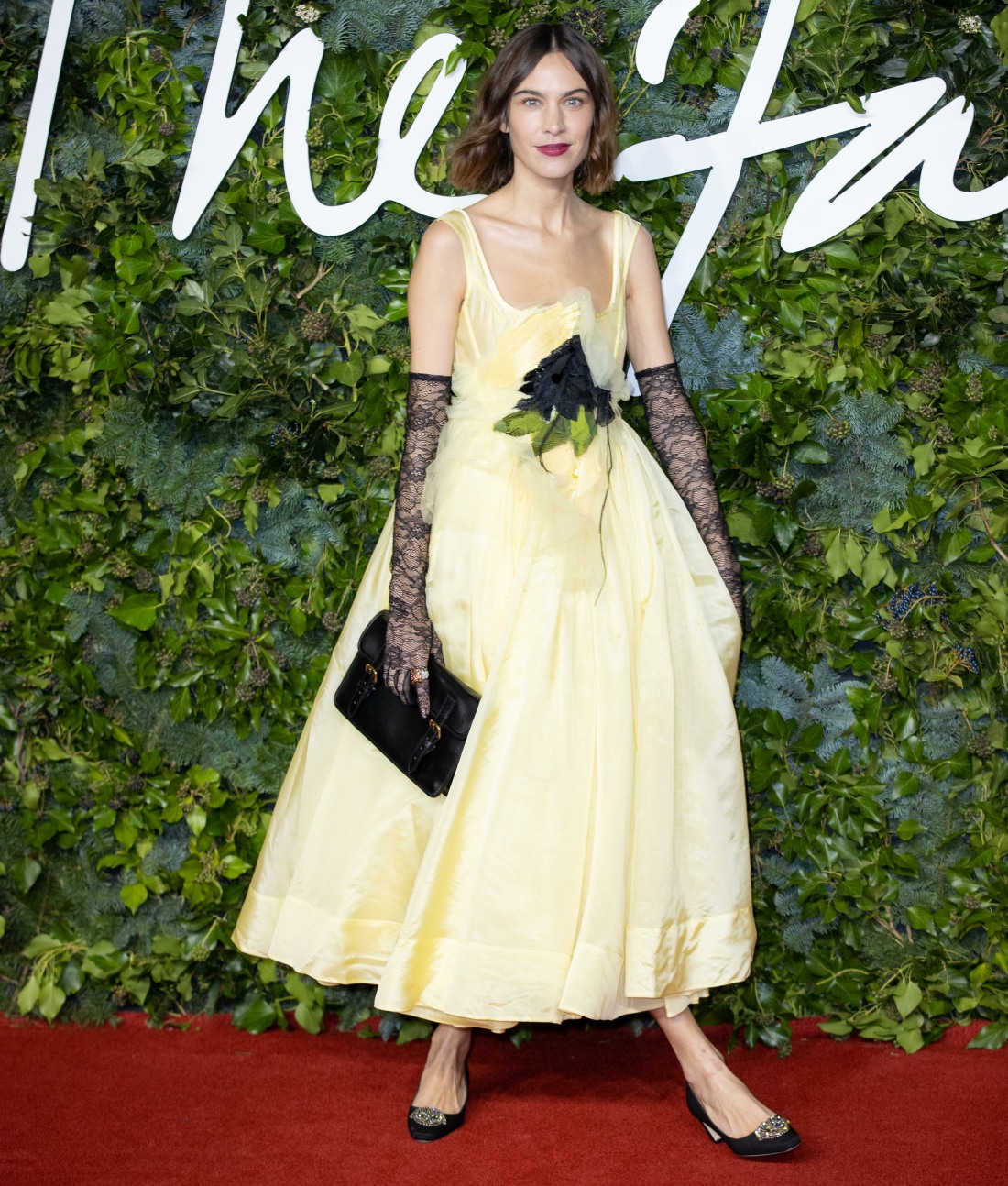 Maria Sharapova in Iris Van Herpen. This is apparently sustainable fashion, made from recycled plastic. I have to say, Masha looks nice? She spends a lot of time in the UK these days, she’s dating a well-connected Englishman. 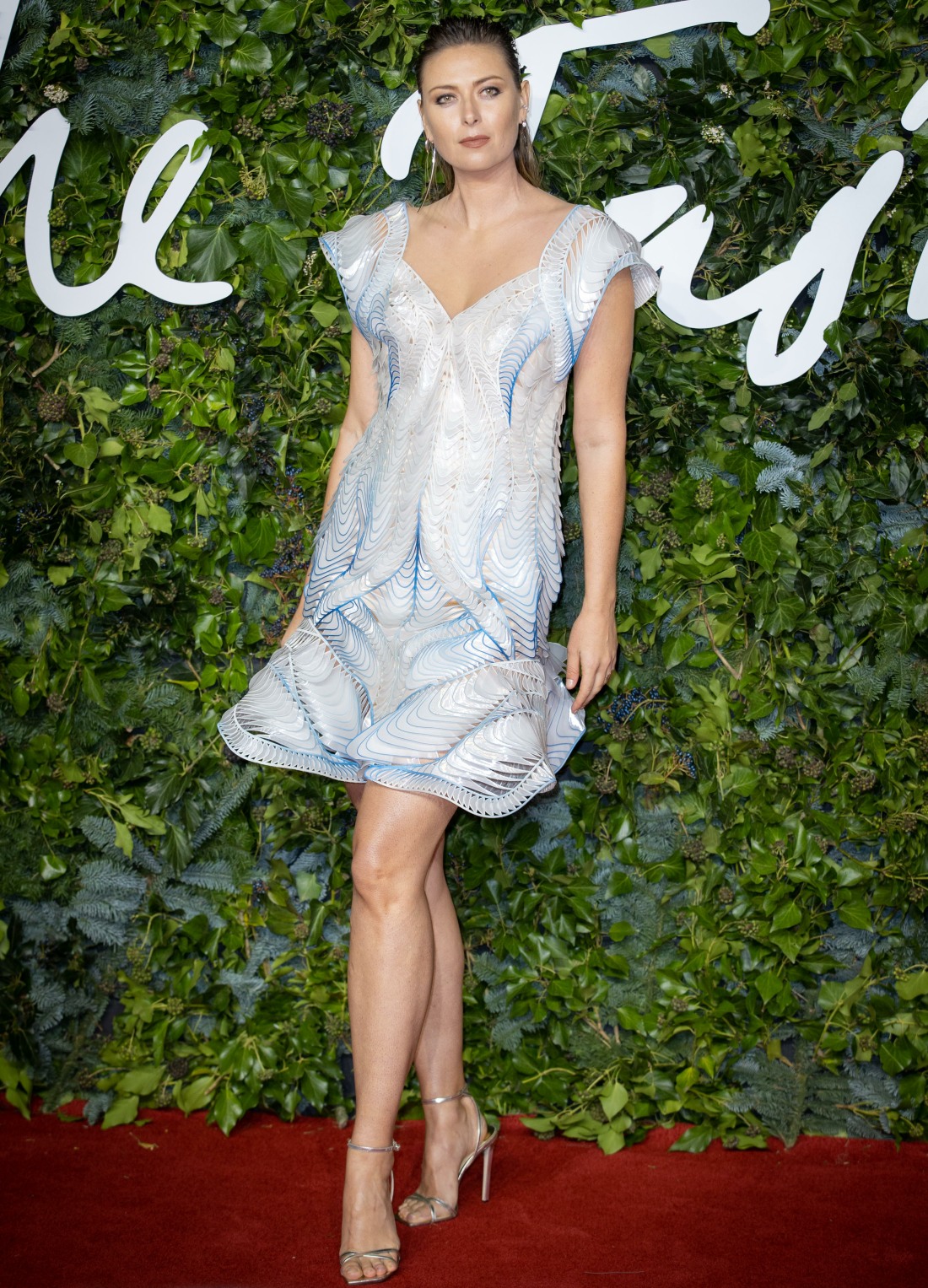 Romeo Beckham was there, you guys. He’s 19 years old, old enough to walk red carpets by himself. He was there with his girlfriend (??) Mia Regan. How did Victoria and David Beckham make a child who looks like Justin Bieber’s dirt-lipped twin?? 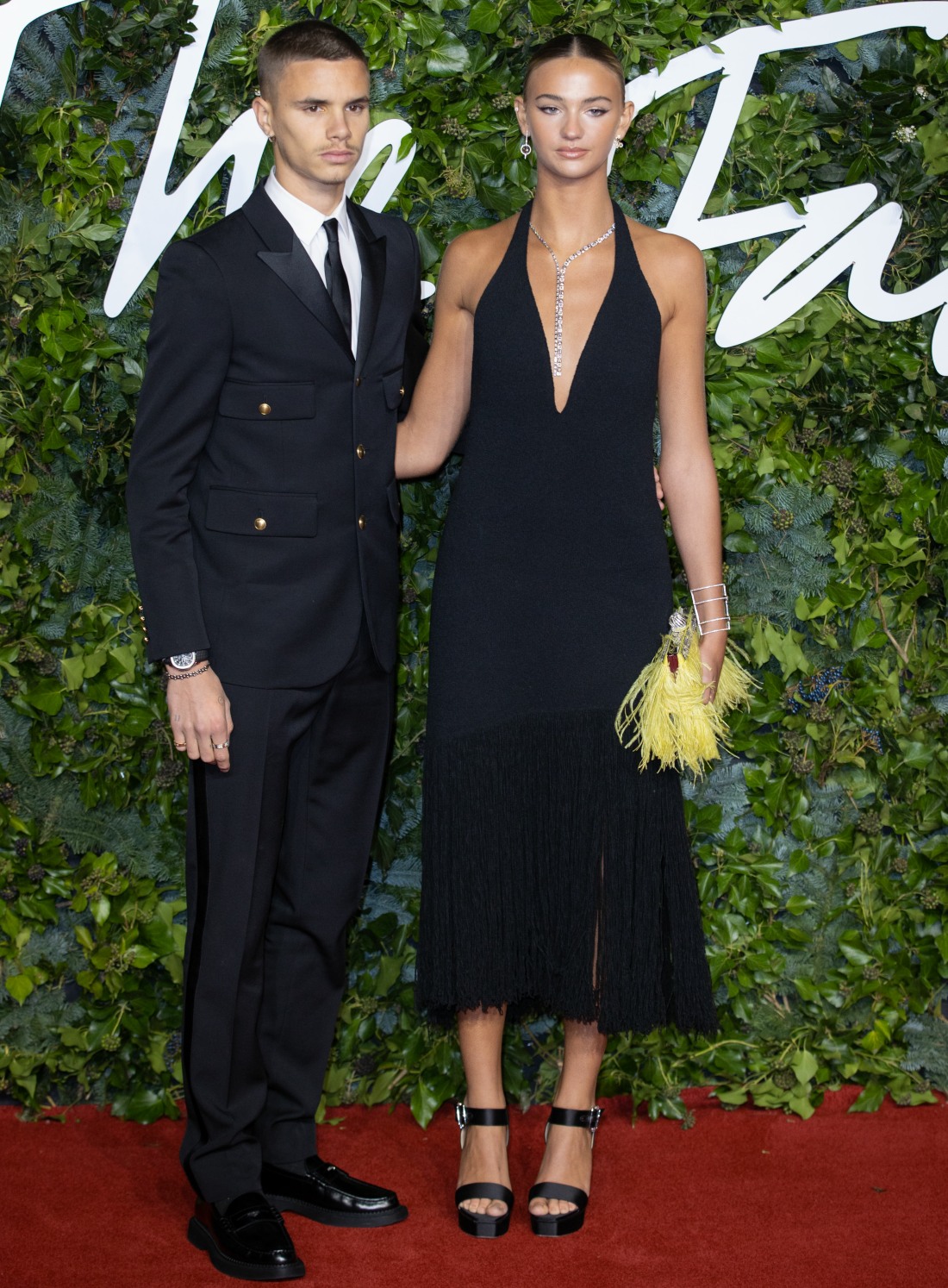 56 Responses to “Demi Moore in Fendi at the Fashion Awards in London: plastic or lovely?”