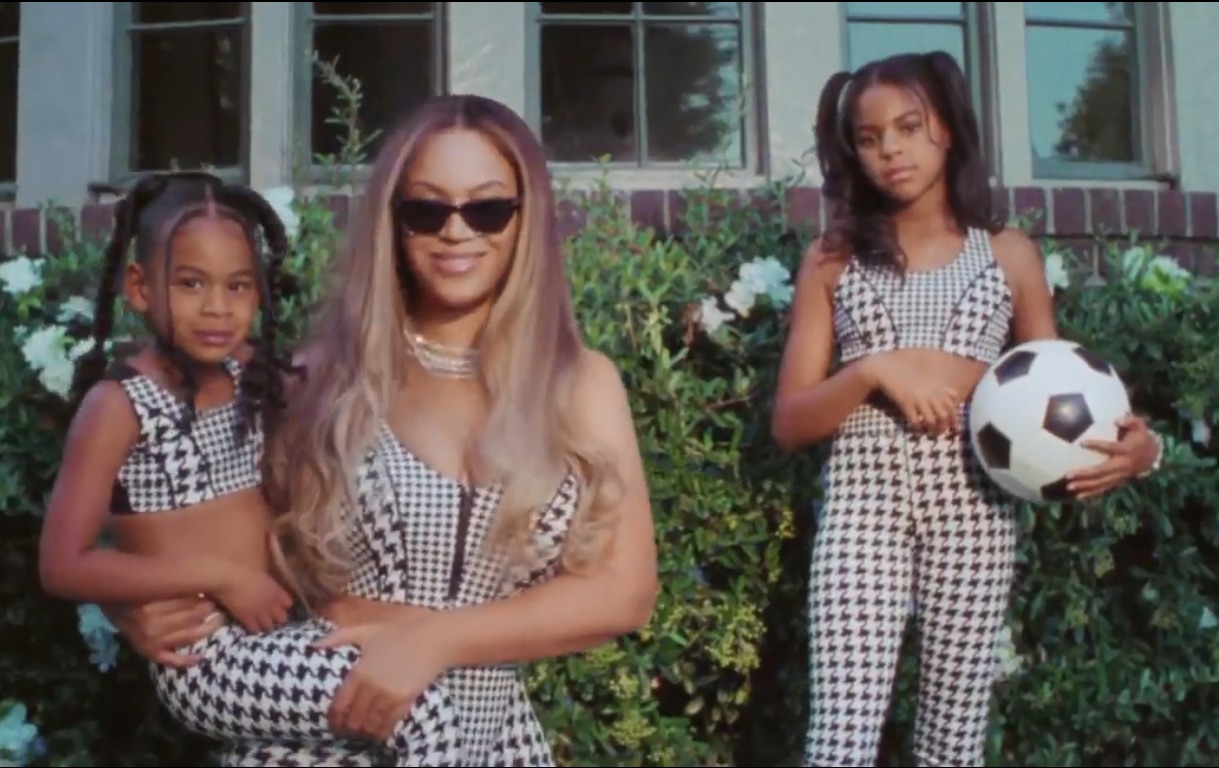 Beyonce continues to churn out collections for her Ivy Park X Adidas collaboration. The latest is for “the holiday season,” but it’s not holiday-themed. It’s not Christmas-y, nor is everything red and green. No, the latest Ivy Park collection is called Halls of Ivy, and she’s playing around with a preppy, Ivy League-college look. There’s also a tennis theme, because Beyonce likes tennis and her latest single is for the Richard Williams bio-pic, King Richard. She’s also close to both Serena and Venus Williams. Sidenote: neither Serena nor Venus will end up wearing Halls of Ivy. Serena can’t wear any of it because of the very strict terms of her Nike contract. Venus won’t wear it because she has her own tennis-kit line, EleVen.

In the short commercial for the new collection, Beyonce grabbed James Harden, Natalia Bryant (Kobe’s daughter), Ava and Deacon Phillippe and Jalen Green. Beyonce also included her two daughters, Blue Ivy and Rumi Carter. I haven’t seen a photo of Rumi since she was a baby and I (along with everyone else) was shocked to see how much Rumi looks like Blue Ivy, and how strong those Carter genes really are. Rumi is just a mini-Blue!! Rumi is also 4 years old, because time has no meaning. Blue is already 9 years old. Have we seen a recent photo of Sir? I wonder if he got all of the Knowles genes?

Blue Ivy pictured with her mother/client Beyoncé and sister Rumi. On set of an Ivy Park shoot where she served as creative director pic.twitter.com/nY7P1uv7Pu