Rafael Nadal: Djokovic ‘knew the conditions since a lot of months ago’ 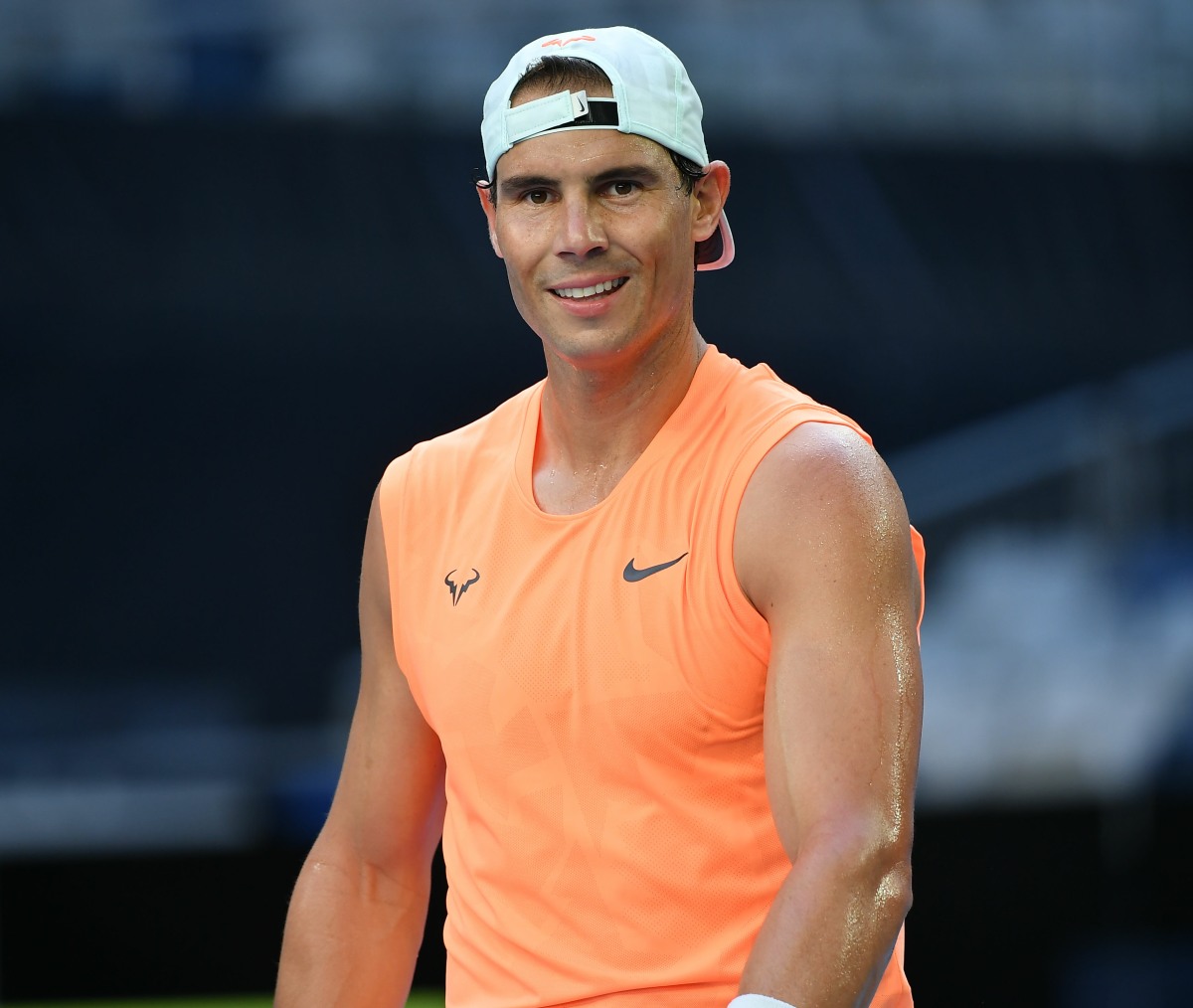 You can love, hate or be indifferent to Rafael Nadal, but please give him credit for being flawless in his pandemic and vaccine messaging. Nadal understood the severity of the pandemic early on – Bill Gates told him in February 2020 that all hell was about to break loose – and he spent a huge chunk of 2020 isolating with his wife in Spain. Before there were vaccines, he social-distanced and wore masks everywhere, and encouraged everyone to do the same. He got vaccinated as soon as he was able, and he encouraged his countrymen and his fans to do the same. Throughout the pandemic, he’s also kept his focus on the people who were and are actually suffering and dying too. He got a case of breakthrough Covid in December, but he recovered within a few weeks, and he’s currently playing a tune-up event in Melbourne before the Australian Open. After Rafa won his first single match at the tune-up event, he was asked about the situation with Novak Djokovic, who is unvaccinated and likely to be deported from Australia.

Rafael Nadal has said he felt sorry that Novak Djokovic was denied entry into Australia, but there his sympathy ended, as the Spaniard pointedly added that if players were vaccinated, they could play in the Australian Open.

“I went through the Covid, I have been vaccinated twice. If you do this, you don’t have any problem to play here. That’s the only clear thing. The only… clear thing is if you are vaccinated, you can play in the Australian Open and everywhere, and the world in my opinion have been suffering enough to not follow the rules.

“He made his own decisions, and everybody is free to take their own decisions, but then there are some consequences,” he added of Djokovic. “Of course I don’t like the situation that is happening. In some way I feel sorry for him. I don’t encourage nobody. Everyone has to do what they feel is good for them but there are rules and without the vaccine there can be some troubles. But at the same time, he knew the conditions since a lot of months ago, so he makes his own decision. The only thing that I can say is I believe in what the people who know about medicine says, and if those people say that we need to get vaccinated, we need to get the vaccine.”

“Of course what’s happening is not good for Novak, in my opinion,” the Spaniard added. “[But] if you are vaccinated, you can play in the Australian Open. We have been going through very challenging [time]. A lot of families have been suffering in the last three years. It’s normal that people here in Australia get very frustrated with the case because they have been going through all of very hard times.

“A lot of people were not able to come back home, so from my point of view I believe in what the people who know about medicine say. If the people say we need to get vaccinated, we need to get the vaccine. If you do this, you don’t have any problem to play here.”

[From The Guardian & The Independent]

The thing that kills me is that six months ago, barely half of the tennis tour was fully vaccinated. There were so many people pulling this anti-vaxx crap. But when the Australian Open announced their vaccine mandate, players realized their livelihoods were on the line, and almost all of them got vaccinated in the off-season specifically so they could play in Australia without drama. But not Novak. Novak’s stubbornness works for him as an athlete in an individual sport, but holy sh-t, it makes him horrible in these kinds of situations. Anyway, I like what Rafa says here – there’s some sympathy extended to Novak and the chaotic situation he finds himself in, but ultimately Rafa is clear: Novak knew that he needed to get vaccinated to come to Australia. So here we are.

Nadal was also asked if he feels sorry for Djokovic. I think it's fair to say that the sympathy is limited…

"In some way I feel sorry for him. But at the same time, he knew the conditions since a lot of months ago, so he
makes his own decision." pic.twitter.com/DvQvAxrdbz

23 Responses to “Rafael Nadal: Djokovic ‘knew the conditions since a lot of months ago’”