Simon Cowell only proposed to Lauren Silverman because of her ultimatum? 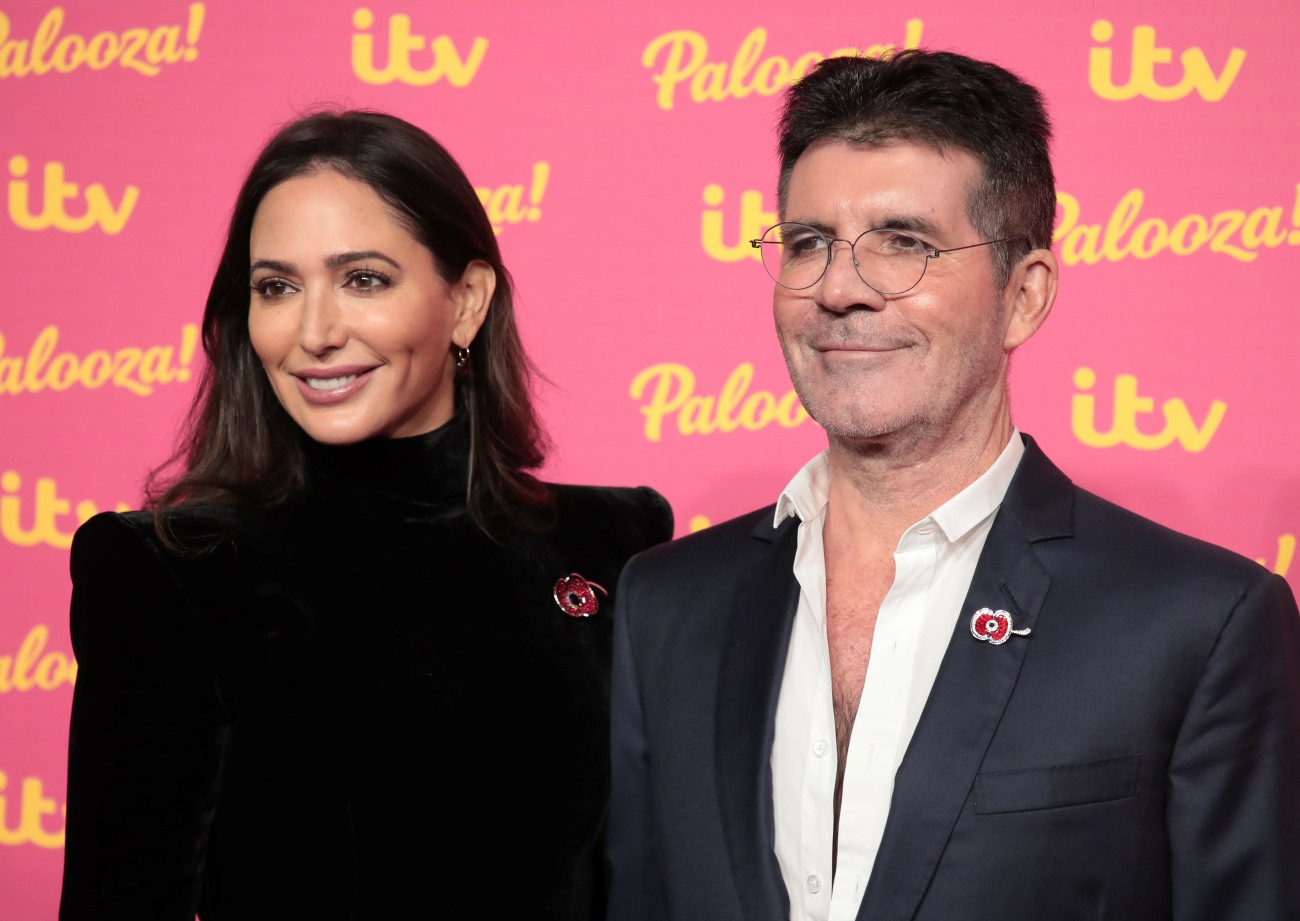 In the summer of 2013, there was a rather fun sex/divorce scandal involving Simon Cowell and a married couple, Andrew and Lauren Silverman. The Silvermans were good friends with Simon and they often vacationed together, all three of them, plus Simon’s harem of ex-girlfriends. Then Lauren turned up pregnant, Andrew filed for divorce and named Simon as the other man, and the father of Lauren’s unborn child. It was a crazy mess. Simon threw some money around, Lauren and Andrew’s divorce was finalized somewhat quietly, and Simon and Lauren have been together ever since. They raise their son Eric together, and Lauren has joint custody of her son with Andrew. This week, Lauren and Simon got engaged. I wondered if there was some bonkers backstory to the proposal, and guess what? There is. Some highlights from this insane Page Six story:

The engagement is the last gasp: “Around Christmas I know that she was talking about it, and he was refusing,” a source told The Post. “They had reached a difficult point in the relationship — you might call it a crisis. There was misery. Perhaps she had made it clear that she was not going to stick around unless they got married.”

This is the second engagement, actually: The source said this is actually their second engagement. The first was not long after the birth of their son Eric, now 7 years old. “I know that Simon got her an engagement ring about a year after the pregnancy was announced … but he then put it away in a safe and made it clear that he didn’t want to get married after all,” the source said. “She’s a nice middle-class girl and she always wanted to get married. Her mum said that she trusted Simon to ‘do the right thing’ before Eric was born. Well, she’s been waiting a long time — and so has Lauren.”

Simon proposed for Eric’s sake: A longtime Cowell colleague told The Post that the engagement is also, in a big way, about his much-adored son. “Everything he does now is about Eric and his legacy,” the colleague said. “He wants to give Eric legitimacy.”

Lauren has been “desperate” to become Mrs. Cowell: But Cowell, 62, has made it clear that he’s no fan of matrimony — both because he likes his own space and, sources say, because he hasn’t wanted to put his $500 million fortune at risk in the event of a divorce.

Lauren cut off some of Simon’s harem: Silverman, meanwhile, has reportedly cut off some of Cowell’s former female friends and ex-lovers. She’s become a bit of a gatekeeper, as Cowell doesn’t carry a mobile phone — he finds it helps his mental health — and friends and business colleagues now find that, if they want to get hold of Cowell, the fastest way is through Lauren. One Cowell business source said that he feels it is a bit of a “power play” on Cowell’s part — but it does make Silverman indispensable. (She reportedly also sometimes carries his cigarettes at parties, as a way of making sure they continually check in with each other.)

Semi-detached: Silverman typically spends a week with him in London or at their house in Malibu, Calif., and then flies to New York to spend a week with son Adam, as part of her custody agreement with her ex. “It’s already a funny, slightly semi-detached dynamic,” said one Cowell pal. Others, though, deny this.

Simon changed after he broke his back in 2020: “He is someone looking for a new purpose, and perhaps he has decided that the time has come to grow up,” the friend told The Post. “There is a sense of him turning over a new page. I hear that he has been negotiating deals to come back as a music producer, as I think he’s coming to accept that his days of TV appearances are … coming to an end.”

Yeah, it wouldn’t surprise me if the proposal was an answer to Lauren giving him a firm ultimatum. And what kind of jackass gives a woman a ring and then makes her put it in a safe? The thing is, Simon IS known to be generous with current and former lovers. He’s bought houses and apartments for exes, he pays for them to travel with him and go on vacation with them, and many of his exes still enjoy being with him and being part of his harem, although it’s been many years since he’s vacationed with all of his exes in tow. But my point is that he treats women well, he just doesn’t want to get married. And Lauren knew that going into it too, for goodness sake. 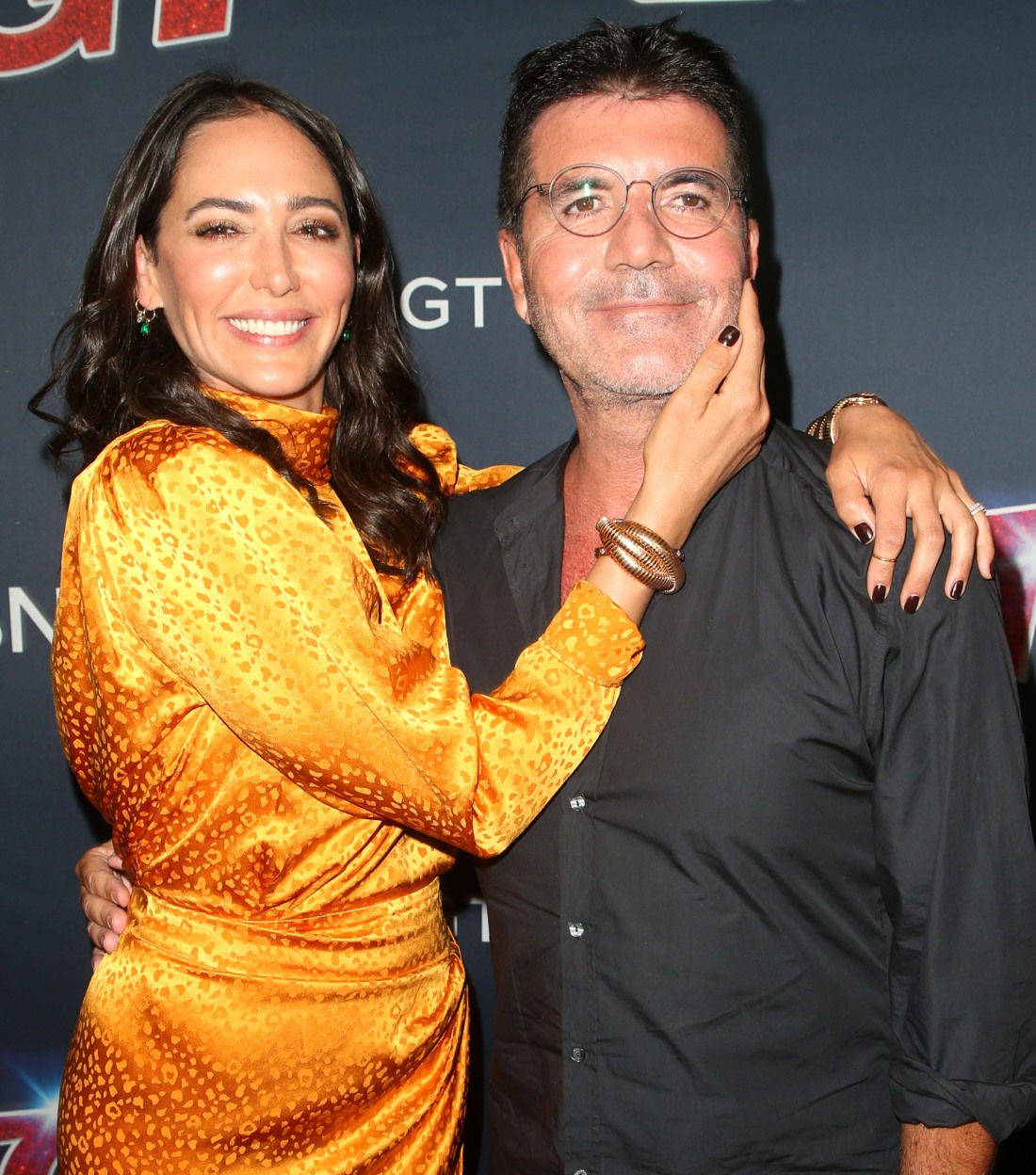 50 Responses to “Simon Cowell only proposed to Lauren Silverman because of her ultimatum?”