Jennifer Garner in Vauthier at the NYC ‘Adam Project’ premiere: pretty and on brand? 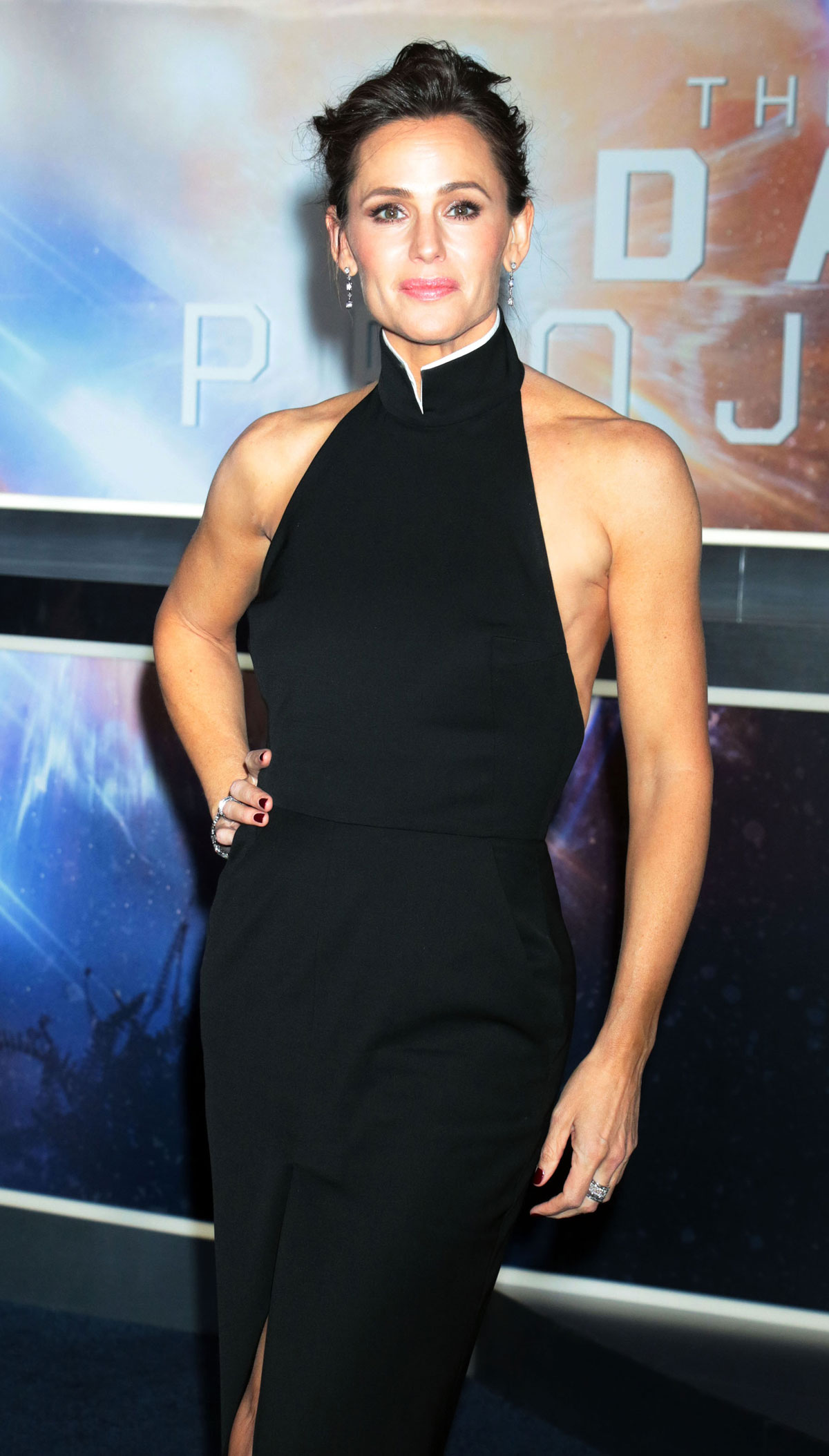 Last night Jennifer Garner and Zoe Saldana attended the premiere of their new film, The Adam Project, in New York. It’s a family friendly movie about time travel, it also stars Ryan Reynolds and Mark Ruffalo and is out on Netflix on March 11. You can see the pics of Ryan and Blake Lively here. Garner typically wears something black and understated to premieres. She was in a high neck sleeveless Alexandre Vauthier dress with subtle white pinstriping. As usual her arms are goals. I would be wearing sleeveless outfits every day if my arms looked like that. This dress is kind of boring but it’s her style and I like her hair and makeup.

Zoe Saldana also stars, I think she plays a time traveler along with Ryan Reynolds. Garner is the mom of the kid whose future self comes back to change history and the course of his life or something. My brain already hurts trying to consider the paradoxes, but I’m sure this is no Looper or Interstellar. Zoe was wearing a very staid Saint Laurent with giant gold buttons, shoulder pads and an 80s vibe. Duchess Kate would wear this buttoned up to the neck. 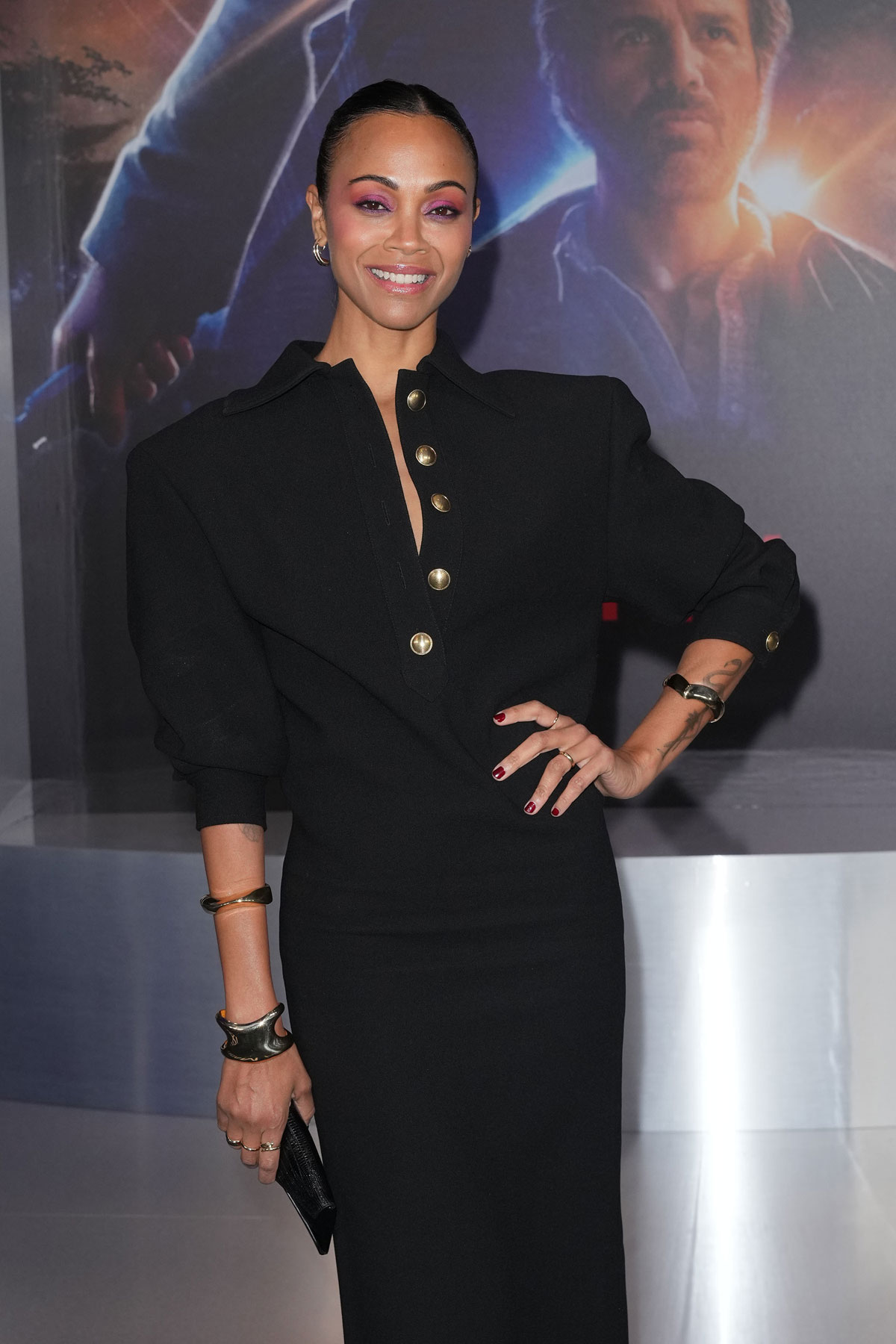 Getting back to Jennifer Garner, there are reports about why Ben Affleck didn’t go to the SAGs for his Supporting Actor nomination for The Tender Bar. Of course he wasn’t nominated for an Oscar and probably knew he wasn’t going to win, that category went to Troy Kotsur for CODA. More than that it was his son Samuel’s tenth birthday. That’s really nice that he stayed home for that, although I suspect he didn’t mind at all. It’s hard enough having to watch the awards shows, I bet they’re a pain to attend no matter how glamorous they seem.

Oh and on Garner’s Instagram stories today she has a little video where she gives $200 (I think that’s the amount) to the cashier at Starbucks and tells her the first one is a tip for everyone and the second one is to pay for the drinks for the people behind her. I would say that’s cheesy to post but she looks so happy about it and you can tell she’s trying to inspire other people to do that. 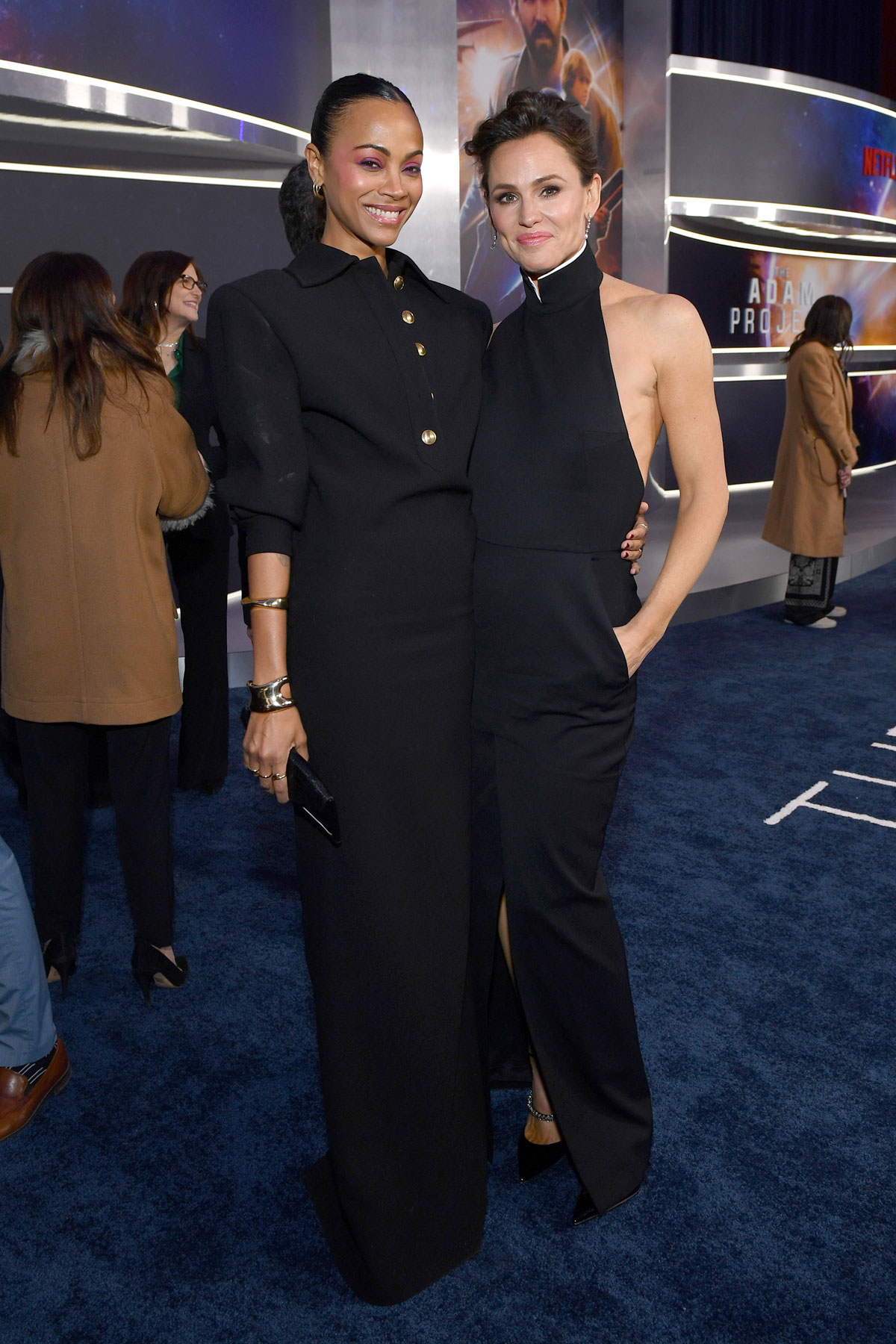 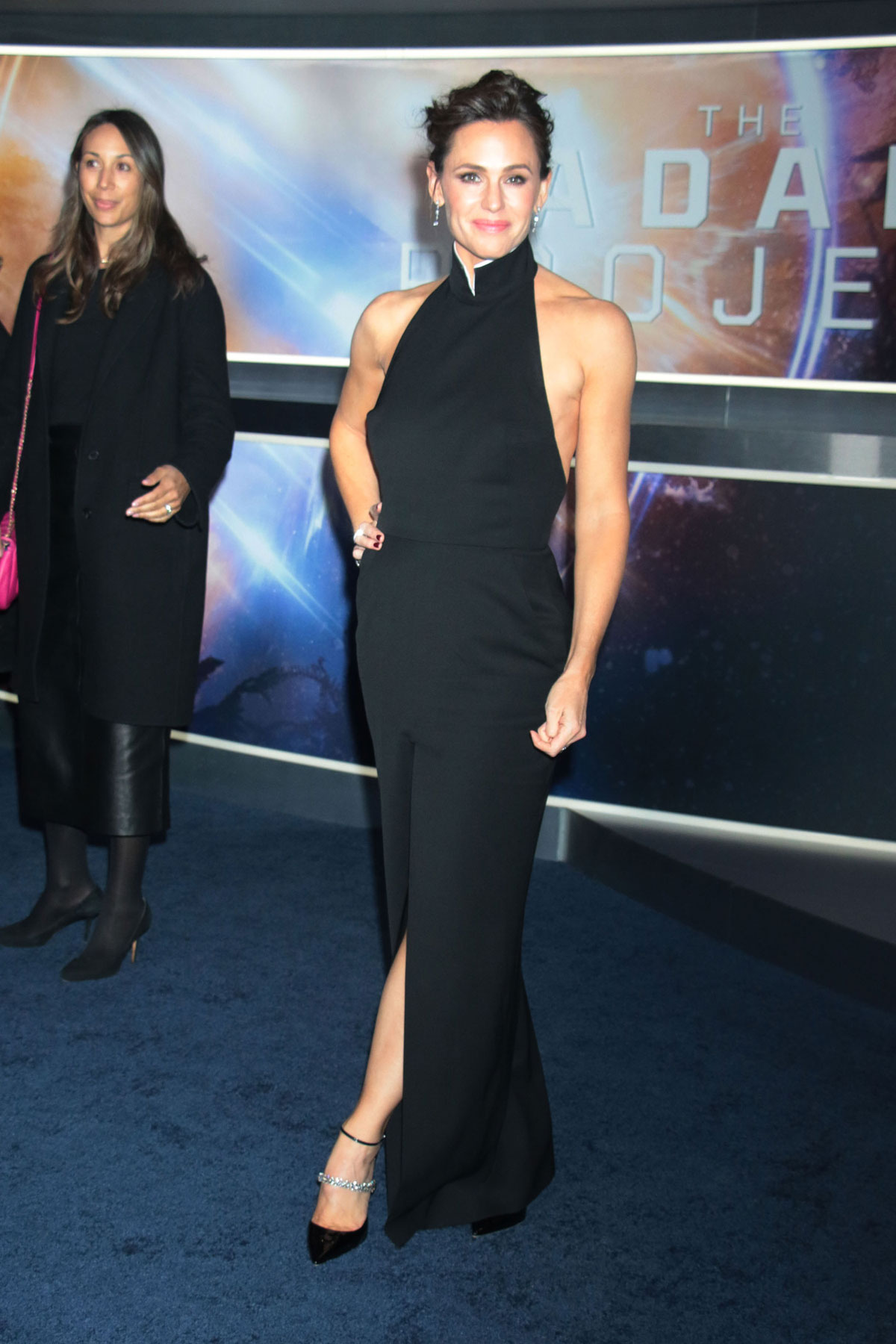 Check out how cool Zoe’s hair was: 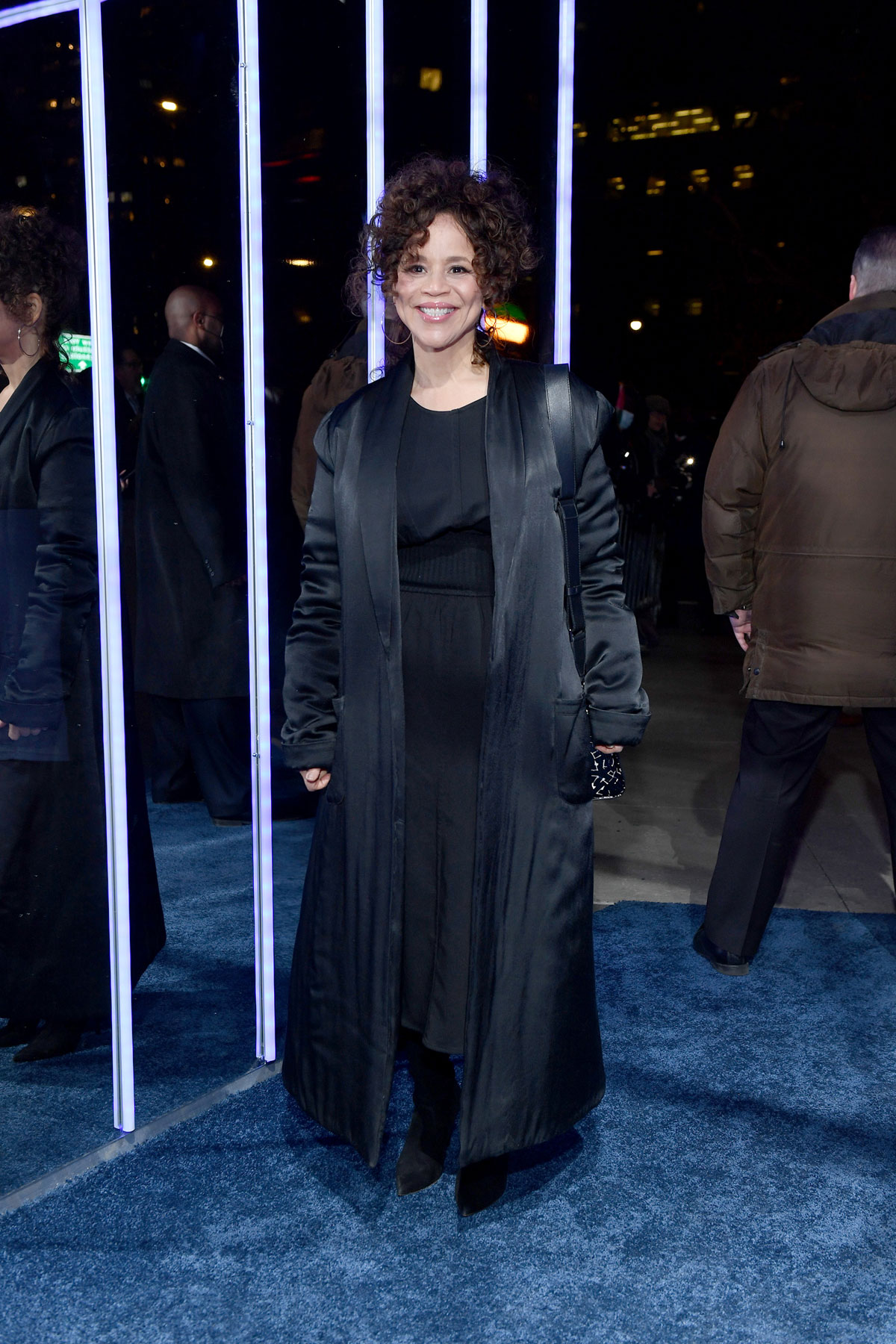 38 Responses to “Jennifer Garner in Vauthier at the NYC ‘Adam Project’ premiere: pretty and on brand?”