Lucy Hale on her adult acne: ‘There were days I didn’t want to be in front of a camera’ 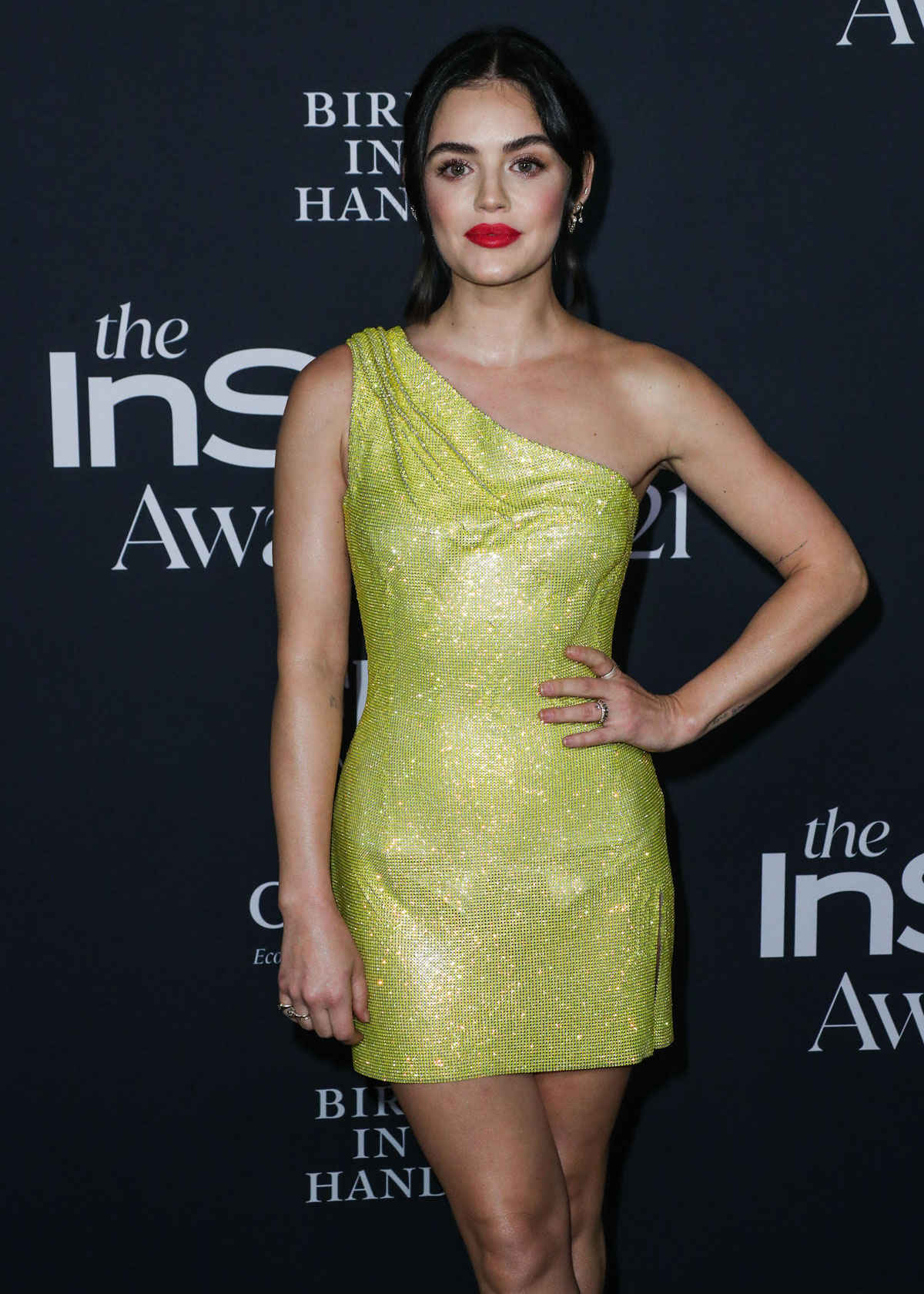 Lucy Hale was probably the best known Pretty Little Liar when the show began and has worked the most consistently since the series ended its seven season run in 2017. She’s been in several movies and led several TV series over the past five years, but none of them have really hit the way Pretty Little Liars did.  Lucy’s a solid and charismatic actress; and despite how annoying her PLL character was, I do like to check out Lucy’s projects, which are usually rom-coms or thriller/adventure movies. She last starred on the thriller series Ragdoll, on AMC+ and is a brand representative for Almay. Lucy talked to Glamour about adult acne and her skincare routine as part of their “Acne Diaries.”

“There were tears,” Hale tells Glamour. “There were days when I didn’t want to be in front of a camera. I remember vividly one day we were filming Pretty Little Liars—and the show’s called Pretty Little Liars, so they wanted us to look a certain way—we had to specially light my skin to reflect in a different way so you wouldn’t see my acne. I remember being just so embarrassed and mortified.

“When you’re growing up and you have bad skin, it’s just another added layer of getting comfortable with who you are,” she says of why her skin had such an effect on her sense of self. “I think the reason I’m so obsessed with skin care and beauty is because I struggled with my skin—you just want to crawl in a hole. It feels very isolating, and it can feel so heavy and so difficult. Looking back, I wish I could have had more grace and compassion with myself, but when you’re in it, it’s excruciating.”

While her acne was a source of shame when she was younger, she’s gained perspective over time. Sure, it still bothers her some days, but knowing she’s not alone in her skin troubles has helped immensely. “What I’ve learned is when I meet someone, I’ve never once said, ‘Oh, they were so wonderful, but look at their bad skin,’” she says. “That just doesn’t cross my mind, so it makes me realize no one cares. No one cares as much as we think they do.”

Like many women, Hale never struggled with acne as a teen. It wasn’t until her early 20s that her skin became an issue. She says she’s “tried it all” to get her skin under control, including countless dermatologist visits, seeing an esthetician, and changing her diet. “I think what makes it so hard for people, and why I found it so challenging, is that there’s so much out there,” she says. “Especially with social media, there are so many trends. It’s hard to know what’s right for you.”

What ended up helping her manage her acne is getting to the root of her unique skin type. “I didn’t know that I wasn’t supposed to use the products that people with dry skin would use,” she says. “I wanted to use everything, so I’d just use all the products, not knowing I was going to have a reaction. Now I know I have combination skin, which is oily in some parts and dry in some parts, and that’s what leads to the breakouts.”

She has simplified her elaborate skin-care routine to a few crucial steps and worked with a trusted esthetician to find products that work for her. She is also working from the inside out, cutting dairy—as much as she can while still enjoying her life—and working on her gut health to help her skin heal.

While these steps have helped level out her skin, the biggest adjustment has been her mindset. “I think I’ve just accepted that I’ll deal with breakouts my whole life,” she says. “It’s also important for all of us to realize that skin has texture. Skin has pores. Skin has zits. We don’t see that as much anymore because we’re all on our phones, and we’re seeing all these filters and gorgeous people, and so it’s hard for us to remember that it’s okay to have skin that looks like skin.

“I’m 32 now, I definitely have just in general let go of expectations,” she continues. “I think I’ll always care to some extent, but I think I have way more compassion for myself. And if I have a breakout instead of being like, ‘Oh, God, what am I doing wrong?’ I’ll say, ‘Oh, wow, I must be stressed,’ or ‘I must be not having enough water.’ I try to find a solution as opposed blaming myself. I’ve definitely lightened up a lot more.”

I watched every episode of PLL and I didn’t notice the acne (I did notice the dramatic weight loss and lip injections though). So either the makeup and lighting teams really camouflaged it or what she says is true: “no one really cares as much as you think they do.” It’s probably a bit of both. Either way, I feel for her because I’m sure it was so embarrassing at the time to have her skin be a “problem” her job had to work around. She was in her early 20s then too, a time when many of us are self-conscious and insecure. I’m her age and I can definitely relate to a lot of what she says. I didn’t have skin problems as a teen either — which I attribute partly to genetics and partly to this smoothie my mom made us drink to get more vegetables — and I find myself overly preoccupied with preserving my “good skin” now in my 30s. I still drink that drink to this day and getting a random pimple bothers me way more than it should. It would probably serve me well to take some of Lucy’s mindset advice to heart.

Also, earlier this year, I saw a blind item on Deux Moi about the Pretty Little Liars showrunner gearing up to announce a new project with one of the PLL stars and I just assumed it was Lucy for some reason. But February came and went with no announcement, so it may not be true. If it is, I’d be interested to see it. But it’s not like Lucy is having any trouble getting work otherwise. 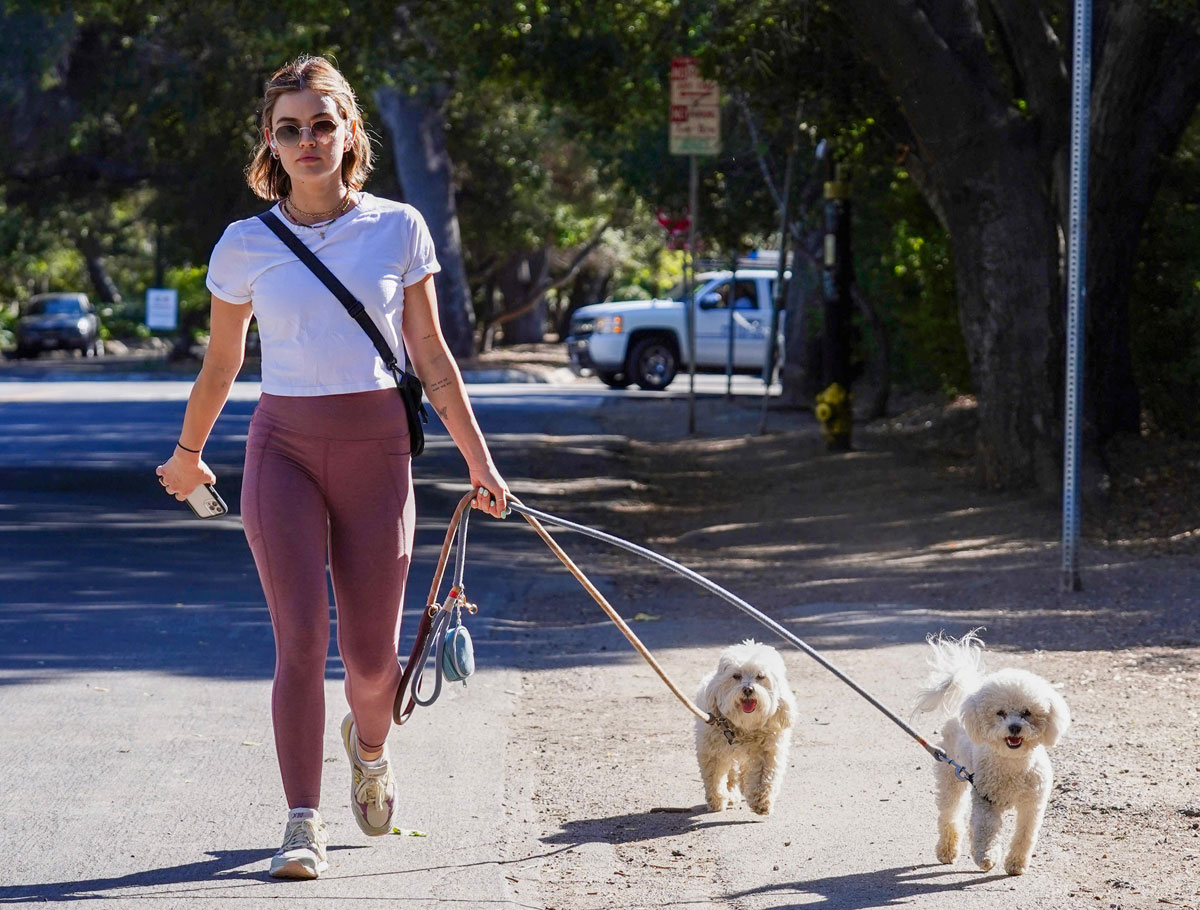 Note by CB: Lucy recently switched up her hair!

15 Responses to “Lucy Hale on her adult acne: ‘There were days I didn’t want to be in front of a camera’”