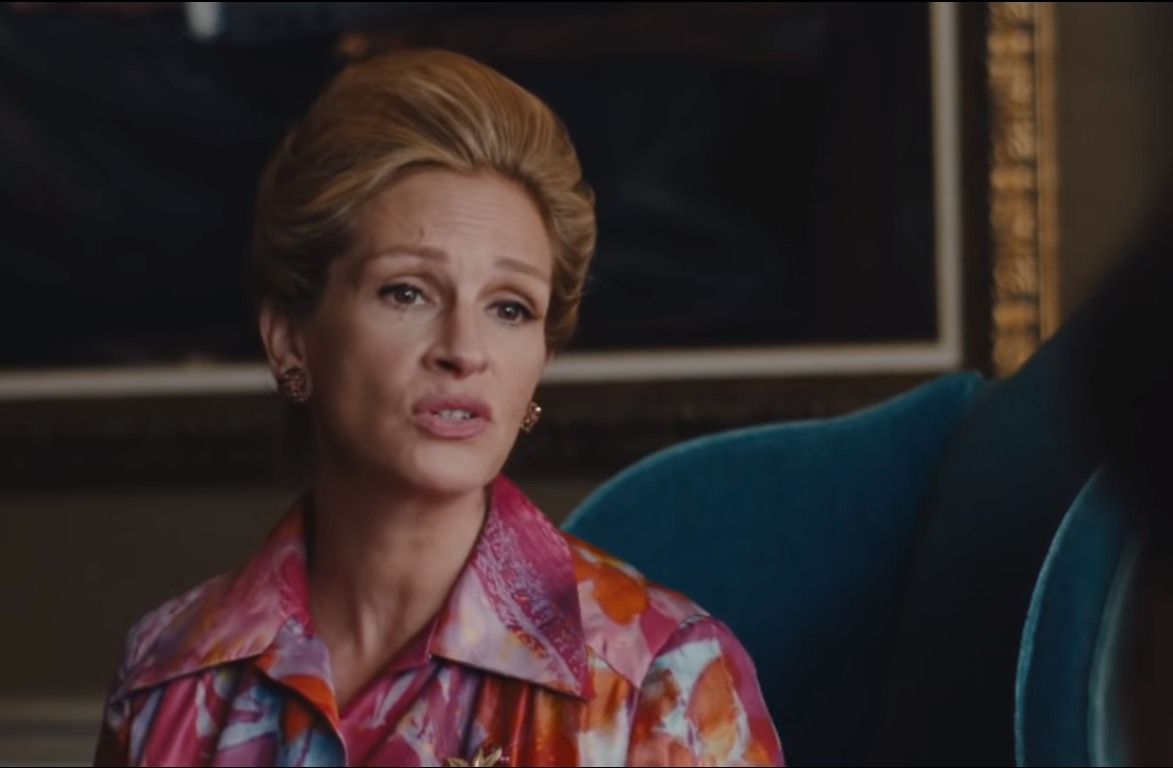 The Nixon administration was really wild. I think people who were alive for it tend to forget that. While the Trump administration was bonkers, there was genuinely unsettling, criminal and scary sh-t going down with Nixon’s people too. It wasn’t all Waterbugging and ratf-cking. There was the Saturday Night Massacre in 1973, where Nixon went on a firing spree of all of the DOJ officials who were investigating him. There was all of the breaking & entering, and the theft of medical records of Nixon’s enemies. Carl Bernstein and Bob Woodward got a lot of credit for being early on the story and being the first to pull at all of the strings. All the President’s Men was about them, not the peripheral figures within the Nixon administration.

Martha Mitchell’s role in the collapse of Richard Nixon has largely been untold. But she was important, and there are references to her sprinkled throughout the official record. Martha Mitchell was the wife of Nixon’s Attorney General John Mitchell. Martha liked to talk. Martha read her husband’s papers. Martha knew there was a lot of sh-t going on with CREEP before Bob Woodward had even put his pants on. And so that’s what Gaslit is about. It’s a Starz series about Martha Mitchell and how all of the president’s men dealt with her. Hint: they drugged her, delegitimized her and tried to destroy her. Julia Roberts plays Martha, and that’s Sean Penn as John Mitchell, under all of those prosthetics. Dan Stevens plays John Dean, Betty Gilpin plays Mo Dean and Shea Whigham plays G. Gordon Liddy.

I truly winced when Sean Penn slapped her, but I cheered a little when she slapped him back (and harder). Julia’s character reminds me so much of her role in Charlie Wilson’s War, where she played Joanne Herring in the 1980s. Julia is surprisingly good at this very specific 1970s-1980s style. Yeah… I actually think this looks like a really good showcase for Julia. Sean Penn looks awful with those prosthetics and once again, they should have just cast someone else. Someone who genuinely looks like John Mitchell. Now I have to look at photos of John Mitchell…f–k, you know who would have been good? Bruce Willis. Sh-t, JK Simmons would have killed this too. This is also the first time Julia and Sean have worked together? I wonder if they got along. I have no particular vibe about it, I’m just wondering. This starts April 24th. 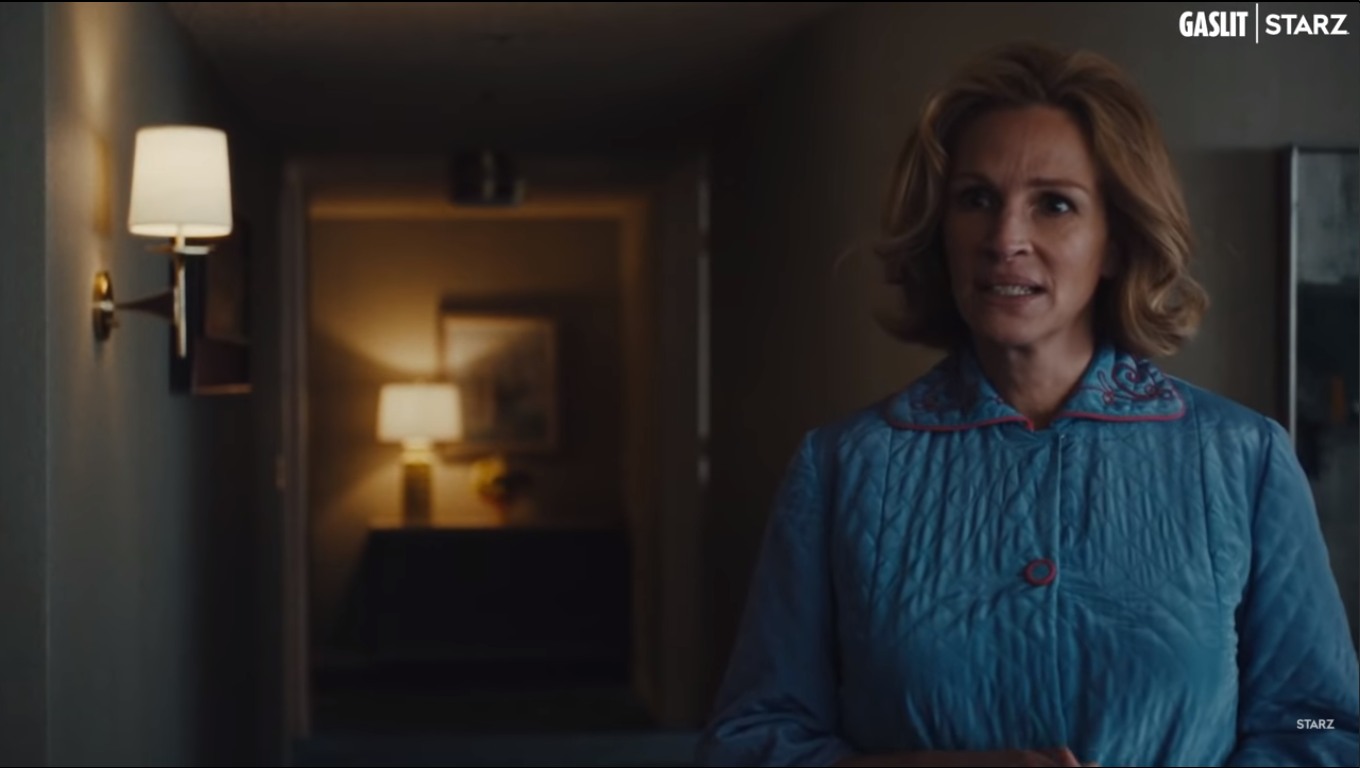