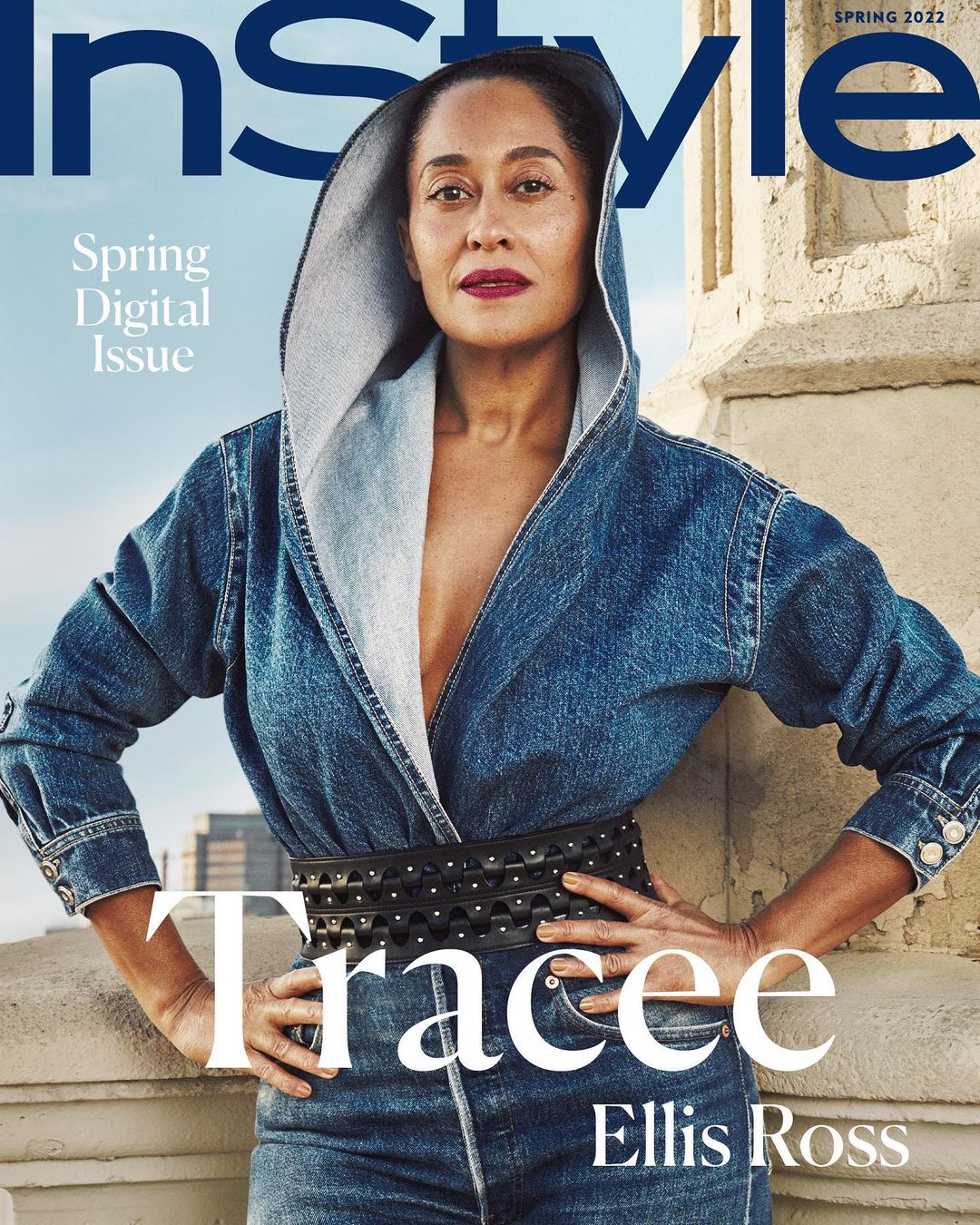 I love reading and watching interviews with Tracee Ellis Ross. She says so many things that resonate with me that it’s hard to know what to focus on. She’s my age, 49, and is open about knowing who she is now and living her life on her terms. Plus, she also loves fashion and clothes. Tracee has a cover interview with InStyle where she talks about that and more. I especially liked what she said about having an amazing day and then crashing and feeling awful the next day. That happens to me like every week! Here are some highlights from that interview, and I recommend you read it at the source for more:

On her identity now
“I’m really proud of who I’ve become as a woman that, at 49 years old, I can hold both the grief for what hasn’t happened and also the joy for what is happening. I’m present in my experience with a sense of wholeness I really could not have imagined when I was growing up because I had a lot of discomfort in my skin. I actually feel comfortable in my skin now. If you had told me that was going to happen, I don’t know that I would’ve believed you.

On posting to Instagram and getting attention
“It’s my favorite thing. I capture things in my life and every once in a while I have enough courage to post them. There’s a treasure trove of things that go to friends that do not go online.”

“I’m not necessarily somebody who’s getting hounded by paparazzi because that’s not really a game that I participate in.”

“Don’t get me wrong, I love being on camera; one of my favorite things in the world is standing on a stage and being the center of attention; I love all the glamorous clothes and beautiful benefits that come with this. I’m in a job where, when people like what I do, they tell me. Not many people get that in their jobs and careers. That validation [is] one part of fame that I think is really beautiful.”

On her moods changing
“Yesterday I woke up and I had such a good day… [The change by that evening] was absurd. I literally was like, ‘How did I go from the best day ever to having so much anxiety right now?’ If you think of all the brightness and joy that I hold, I have the same on the other side. I deal with — like everybody — disappointment, sadness, bad days, lots of anxiety. I fall back on gratitude, and that’s usually where my attitude changes.”

On fashion
“I just really like clothes, okay? I’ve always been like this. I was the girl that was picking up the beads that came off of my mom’s dress onstage, and I would keep them in little film canisters just to look at them.”

Her mission
“Making sure that the world continues to be a safe place — or gets better at being a safe place — where everybody can be themselves freely, particularly with an eye towards Black women and expanding our equity and space in the world.”

I’ve told this story so many times, but when I was five I insisted on only wearing dresses. My mom said she just bought me a bunch of cheap dresses at Kmart so I had enough for at least a week. I’m still a fussy bitch who loves clothes! I’ve always been like this. If you look at pictures of me as a child I’m dressed up and sitting up straight.

Also, I really appreciate that Tracee admits she loves the attention and accolades that come with her job. How many celebrities would own up to that? She calls it beautiful and says she loves the validation – it’s so rare that an actress admits they revel in that even though it’s a key part of being famous. Some grow to understandably hate it but notice the subtle shade she throws. She’s not “hounded by paparazzi because that’s not really a game that I participate in.”