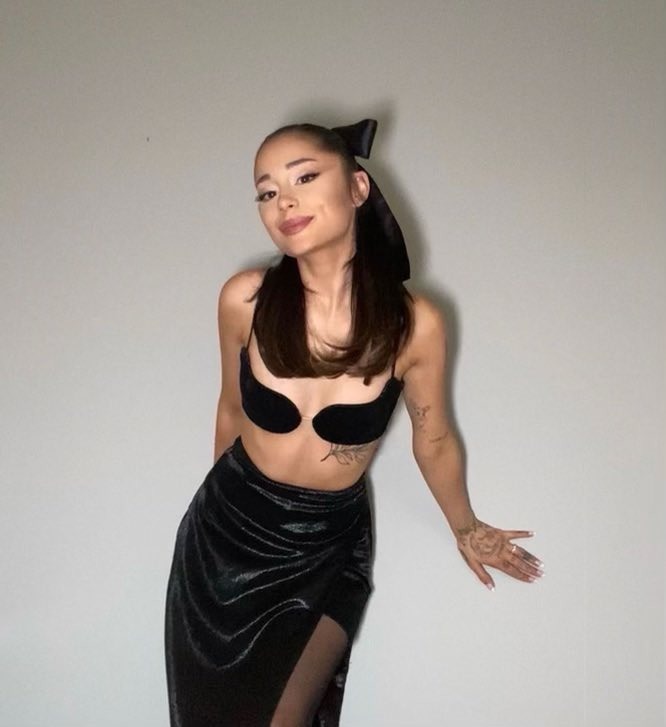 Ariana Grande’s brother Frankie got married on May 4th. As in, “May the Fourth be with you,” a Star Wars thing. As such, his wedding – to Hale Leon – had a Star Wars-theme, complete with guests or attendees dressed up like Star Wars characters. I’m not a huge fan of theme weddings, but sure, it’s none of my business and God bless. Frankie’s sister attended the festivities and we need to talk about her wedding attire! Ariana wore a two-piece Vera Wang ensemble which amounted to a slitted skirt and a sculpted bra.

If this was a normal Florida wedding, it would be inappropriate, right? But considering the Star Wars theme and everything else, I guess it was “anything goes.” Plus, that’s Ariana Grande, even her brother probably knew that Ari would wear something a little bit wild. So I guess my question is: would YOU wear a bra-top to your brother’s Star Wars-themed wedding?

ariana grande at her brother’s wedding with her husband💍 pic.twitter.com/fFzyT5TGQ4