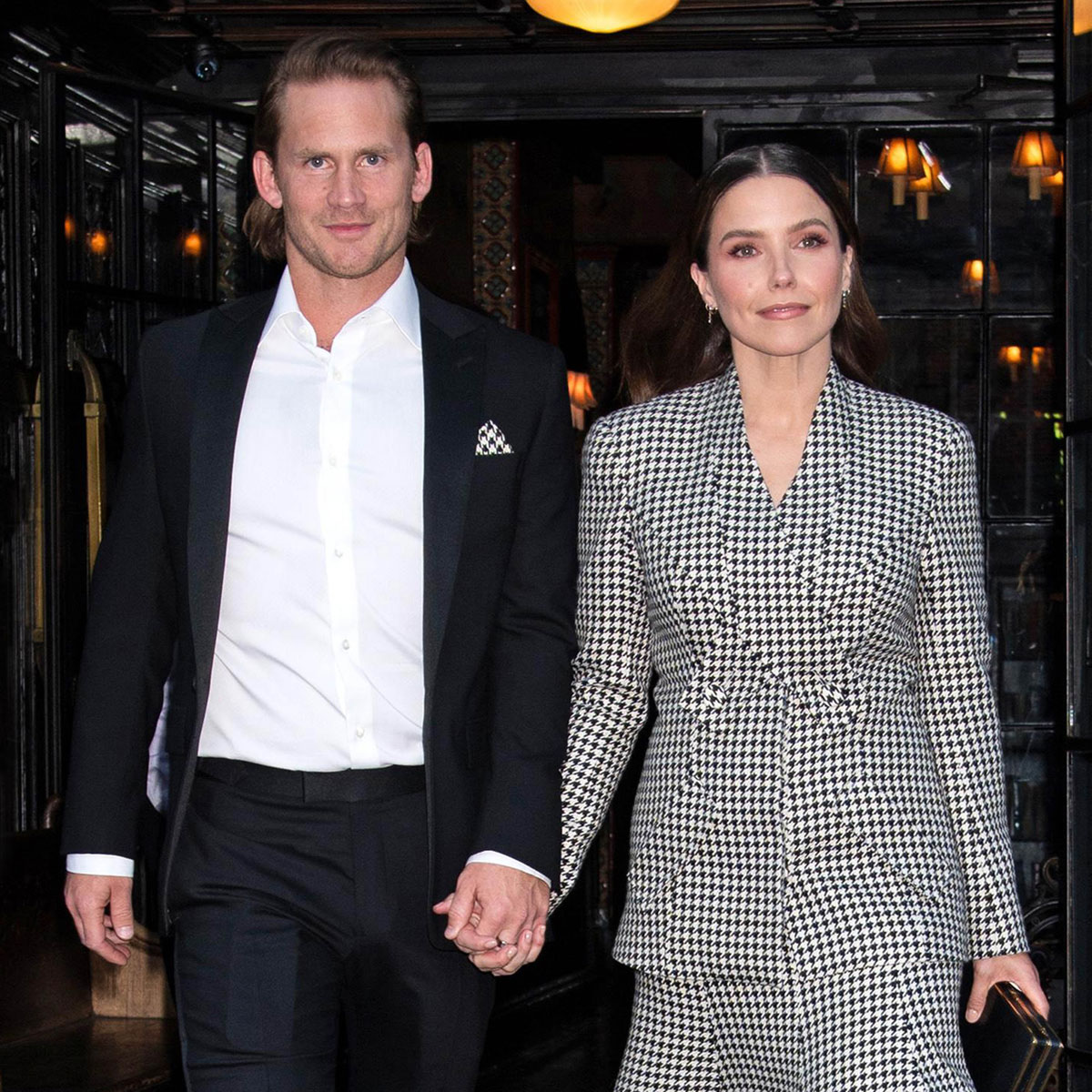 Sophia Bush married Grant Hughes this weekend in Oklahoma, at the Philbrook Museum of Art in Tulsa. Sophia and Grant, an entrepreneur, started dating in 2020 after a decade of friendship, and he proposed in Italy in August 2021. The proposal was on Lake Como in a speedboat and looked pretty romantic. Now, less than a year later, they’re married!

Wedding day bliss! Sophia Bush and fiancé Grant Hughes are officially married less than one year after getting engaged, Us Weekly confirms.

Bush, 39, and Hughes, 40, said “I do” in Tulsa, Oklahoma, on Saturday, June 11, multiple sources tell Us. The Tulsa County Court Clerk confirmed to Us that Bush and Hughes bought their marriage license on Wednesday, June 8, and returned the document on Monday, June 13.

They married at the Philbrook Museum of Art, which is housed in an Italian Renaissance-style villa built in 1927. The historic building is surrounded by 25 acres of gardens, the perfect backdrop for a magical wedding. The reception took place at The Church Studio, another source added.

“The buzz around town was Sophia Bush’s wedding at the museum. A lot of people in town heard it was going on,” a different insider tells Us.

Tulsa had quite a few celebrity sightings over the weekend due to Bush and Hughes’ star-studded guest list. Colton Underwood and his fiancé, Jordan Brown, who is friends with Bush, were also in attendance. The bride’s pal Aaron Paul stopped to take photos with fans throughout the weekend. Jensen Ackles and Jeffrey Dean Morgan, who are married to Bush’s former One Tree Hill costars Danneel Ackles and Hilarie Burton, respectively, were spotted getting some ink at Colour Studios Tattoo Shop the day before the nuptials.

“They were just two dudes trying to get some tattoos,” artist Daniel Gulick of Colour Studios Tattoo Shop exclusively told Us on Monday. “The wives were out having fun doing wedding things and they were out riding scooters around Tulsa. They wanted to get a tattoo and they stumbled upon my shop.”

The newlyweds were first linked in May 2020, with Hughes popping the question the following August. “So it turns out that being your favorite person’s favorite person is the actual best feeling on planet Earth #YES,” the OTH alum gushed via Instagram while announcing her engagement.

The businessman got down on one knee in Lake Como, Italy. “Forever Favorite,” Bush added in a second social media post, adding, “#engaged #Italy #HappyGirl.”

Bush called Hughes her “favorite human,” referring to her proposal as “the most incredible, moving surprise of my life.”

There aren’t any details about the ceremony or reception and I haven’t been able to find any photos. So far it seems like any details that have come out have been leaked by various businesses and people who live in the area. I even checked the Instagrams of Sophia’s celebrity friends and former costars in attendance and nothing! Sophia is pretty private and will probably reveal what she wants in her own time. Apparently the museum has beautiful gardens and the building is an Italian-style villa, which is likely why they chose it for the ceremony. Grant is from Oklahoma and Sophia has Italian heritage, which she noted in one of her posts about his Italian proposal. The couple had their reception at The Church Studio, a landmark church that was converted into a recording studio in the 70s.

According to E! News there was a bit of a kerfuffle with the marriage license, but they’ll get it figured out. Sophia was married for a few months in 2005 and has spoken about dating and relationships on her podcast with the other One Tree Hill ladies; she waited until now to get married again so she probably seems very sure about Grant. I think it bodes well that they knew each other for so long before getting together. Congratulations to the happy couple. I hope we get more details about the food and cake and her dress!