Chris Evans on Lightyear’s same sex kiss: the goal is ‘that this is just the way it is’ 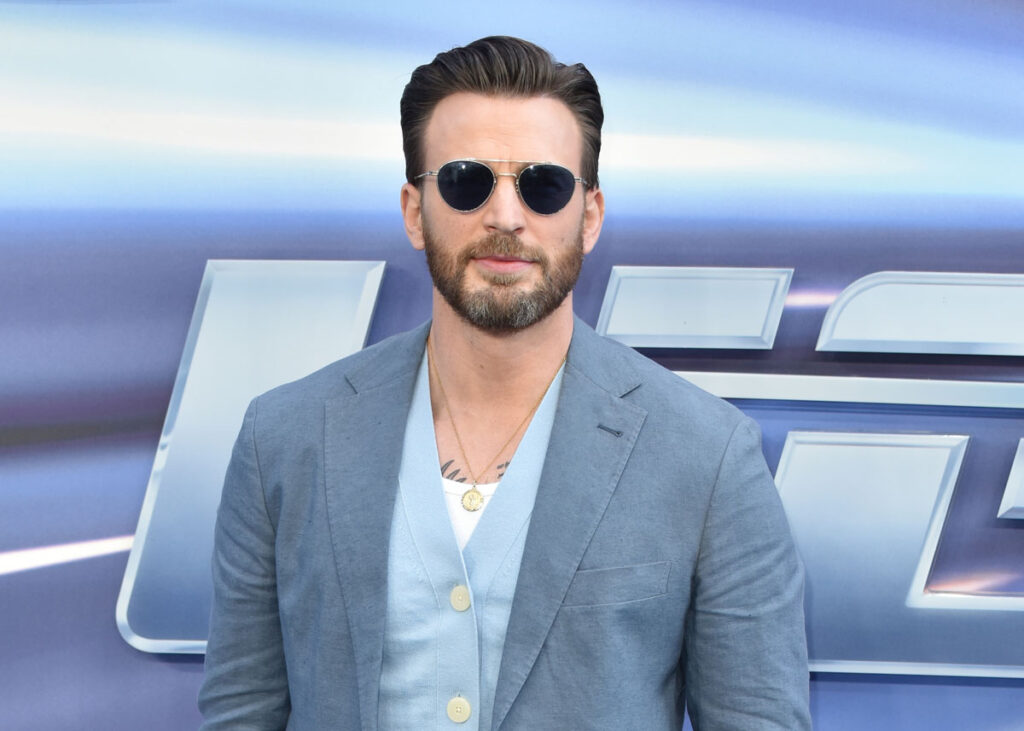 So yesterday I said I didn’t see the point of Lightyear. Then Variety released their long-interview with Chris Evans and the – wait for it – point of Lightyear. (Buzzfeed, however, has yet to release the puppy interview *ahem*) You can read Variety’s summary for the plot, but I wanted to talk about The Kiss. Buzz’s partner in Lightyear, is a woman named Hawthorne who is voiced by Uzo Aduba. Hawthorne is in a relationship with another woman and the script called for a kiss between the two women. However, as we learned from Pixar after Disney’s meek response to the Don’t Say Gay bill, the Mouse’s House censors not only their films, but the other studios under their umbrella of homosexual content to be more marketable. One such scene was the afore mentioned kiss in Lightyear. In the wake of a companywide objection to Disney not standing up for the LGBTQ community, the scene was reinstated in the film. Outlets are asking Chris his thoughts about the kiss, and he just wishes it wasn’t such a big story. *record scratch* What?! Nah, our boy has it right. Chris said he thinks it’s great, but he wishes same sex relationships were prevalent enough that a simple kiss isn’t singled out as the big ask in every interview.

He leapt at the chance to work with Pixar: What interested me most was working with Pixar. The premise was not inconsequential, obviously, you want to make sure that they’re going to make a good movie. But you trust in Pixar, my trust, they have so much goodwill. I’ve never seen Pixar miss, so I didn’t really worry too much about the story itself. I was just thrilled that Pixar was calling.

Lightyear made him cry: I sobbed. I don’t think I’ve ever seen a Pixar movie where I didn’t cry. They have the recipe, they really do. I don’t know what it is, but man, the tears start falling.

He wishes the the same-sex kiss wasn’t newsworthy: I mean, it’s great. As great as it is — and you know, I’ve been asked the question a few times — it’s nice, and it’s wonderful, it makes me happy. It’s tough to not be a little frustrated that it even has to be a topic of discussion. That it is this kind of “news.” The goal is that we can get to a point where it is the norm, and that this doesn’t have to be some uncharted waters, that eventually this is just the way it is. That representation across the board is how we make films. Look, it’s an honor to be a part of something that is taking those steps, but the goal is to look back on this time and just be shocked that it took us this long to get there.

This is the correct answer. It is an honor to be a part of a project that will becoming a ground breaker and we can’t wait for the day that this isn’t news. I realize I have a different perspective having lived mainly in the large cities of California. LGBTQ relationships and interaction have always been a part of my day-to-day life. Sure, there are bigots here, but in general, LGBTQ people can live more openly than most places. It’s mind boggling to me that we’re headlining a story about two animated women kissing in a Pixar film in 2022. However, with half the country trying to erase homosexuality with legislation, then yes – let’s have as many characters kissing as they can fit and blast that news from every loudspeaker in the country. Hell, how about a Cruel Intentions remake with Daisy and Minnie on loop at the El Capitan Theater.

It should be noted, for those who haven’t read about it, that Disney not only reinstated the kissing scene, but they also insisted they would not remove it for foreign territories. That’s big. That’s Disney finally making a statement that matters on the subject. As a result, Lightyear is banned in Saudi Arabia, Kuwait, and other West Asia territories. Their loss. No Chris and his Hot Toy Spaceman Promo Tour for them. 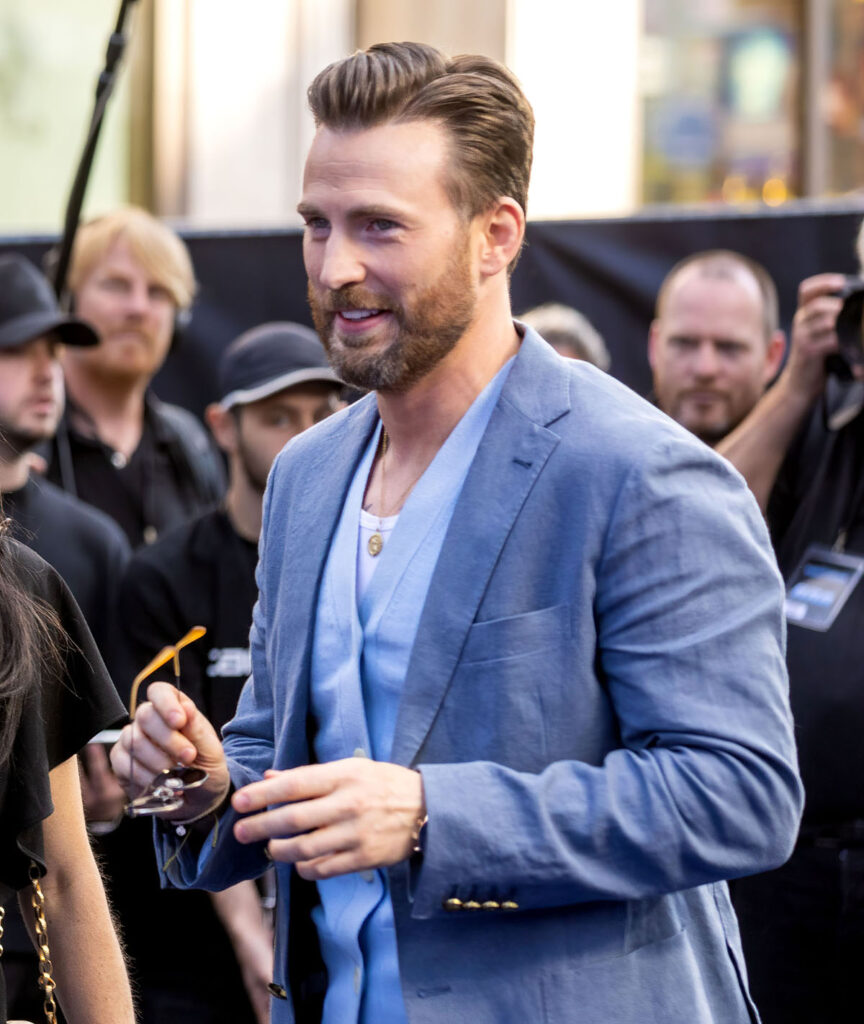 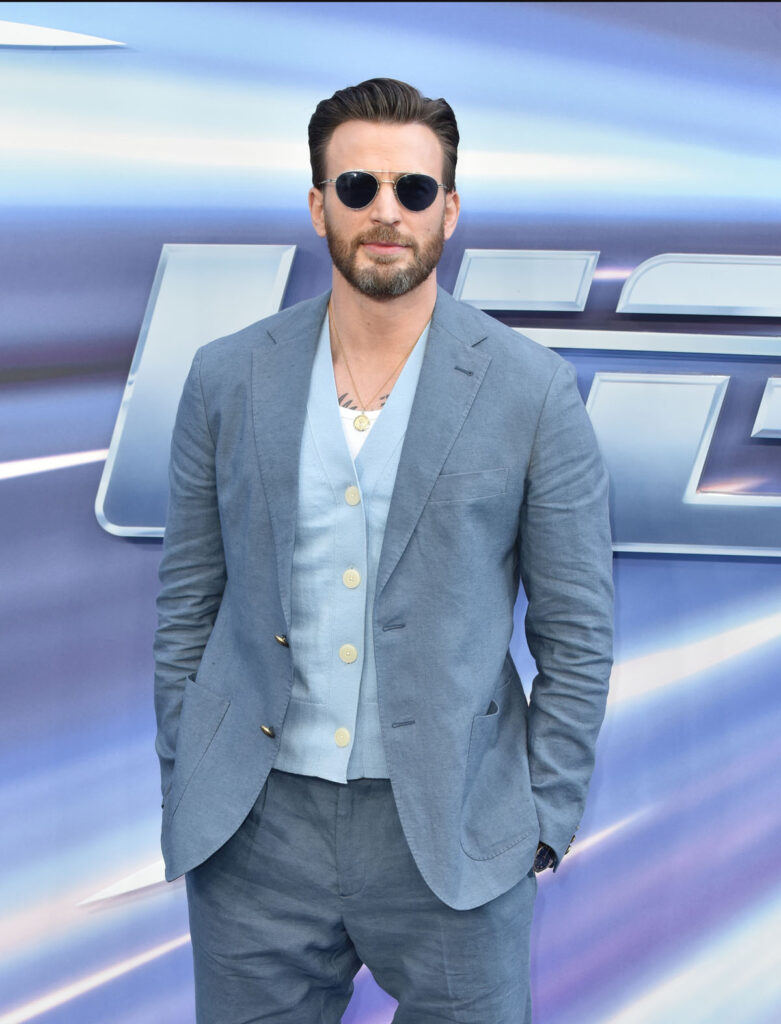 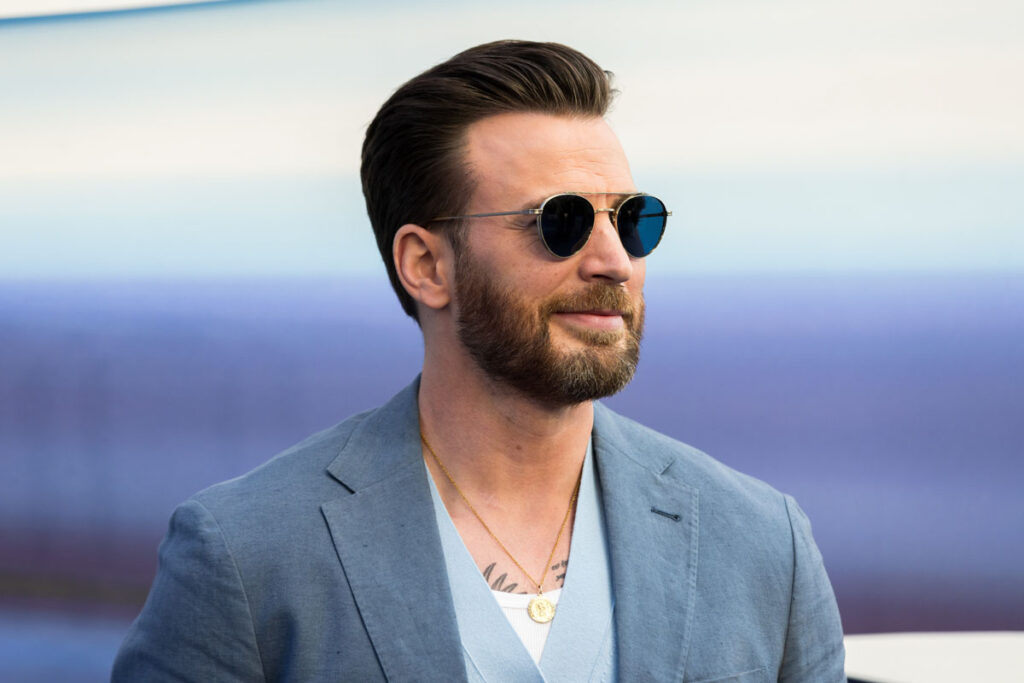 19 Responses to “Chris Evans on Lightyear’s same sex kiss: the goal is ‘that this is just the way it is’”