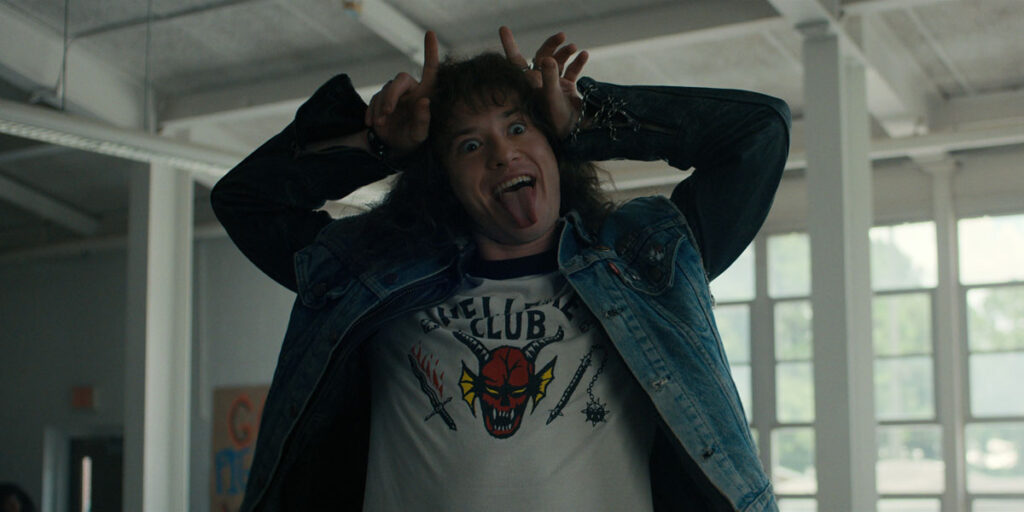 The final two episodes of Stranger Things season four were released last week. I won’t spoil them here, primarily because I don’t think many people would like what I’d have to say (hint, I did not care for them). They were action packed and used every 80s horror trope, which amounted to an epic conclusion as promised. One such scene involved fan favorite character, Eddie Munson, the resident metal-head, and leader of the Hellfire Club. During the scene, Eddie plays an absolutely awesome song from Metallica, Master of Puppets. As soon as we heard it, my husband asked, “I wonder if this will get the Kate Bush treatment?” And guess what? The very active and still touring rock group is watching their 1986 hit climb the charts. Master of Puppets is currently at number 12 on Spotify. All thanks to the Duffer brothers and those wacky kids in Hawkins.

After sending Kate Bush’s 1985 song “Running Up That Hill (A Deal with God)”to the top of the charts in Volume 1 of the fourth season of the Netflix series, the show is doing it again with another ’80s classic.

This time, the show’s magic has Metallica’s “Master Of Puppets” as one of the most-played songs in both the U.K. and the U.S. The thrash metal hit was featured in the two-hour finale of the show, as part of Eddie Munson’s masterful plan to distract the deadly bats protecting the lair of evil villain Vecna.

As of Monday afternoon, “Master Of Puppets,” the only single from Metallica’s 1986 album of the same name, is number 12 on Spotify’s Top 50 U.S. chart and number 26 on their Global Top 50. That’s no small feat, especially considering the full track is over eight minutes long.
The band hasn’t officially commented on the song’s rising popularity but did retweet a teaser of the scene, which is getting a lot of love from fans online.

Metallica bassist Robert Trujillo, 57, also revealed that 17-year-old son Tye Trujillo helped provide new guitar parts for the song as it was used in the show.

“**Spoiler Alert** That’s my boy! Proud of ya Tye!” the proud dad shared on Instagram. “Stranger Things finale shredding it on ‘Master of Puppets'”

Trujillo added a “big thanks to [Kirk Hammett] on helping!” revealing that the Metallica lead guitarist had also worked on adapting the piece for the series.

Despite my feelings about the finale’s plot holes, the way they used Master of Puppets in Stranger Things was great. It worked with the scene, it worked with the character, and it worked thematically. My #1 favorite Metallica song (and #1 on my playlist, coincidentally) in Enter Sandman, which would have completely worked in the show as well. But maybe that was too on the nose. Unlike Running Up that Hill, Master did see number one on the charts here in the states when it was released. That album, also Master of Puppets, was their first commercial success and put thrash metal on the map. I am more of a hard rock fan than metal, but I am a big fan of Metallica. I like their music but I also think Lars Ulrich is kind of a genius.

As the article said, the band hasn’t commented on their song charting again. It wouldn’t surprise me if they don’t. I’m sure it thrills them, though. They’re ‘masters’ of bringing their music to new audiences. Remember this is the band who wrote and performed with the San Francisco symphony. So I’m not surprised that Kirk Hammett worked with the production to fit the song to the show. I love that Robert Trujillo’s son put the new guitar down for Eddie. The sad part of that story is that original bassist, Cliff Burton, was killed at the age of 24 when the band’s tour bus overturned in Sweden. The Master of Puppets album had only released six months prior.

I wonder how many other 80/90s bands are sliding into Ross and Matt Duffer’s DMs about now? 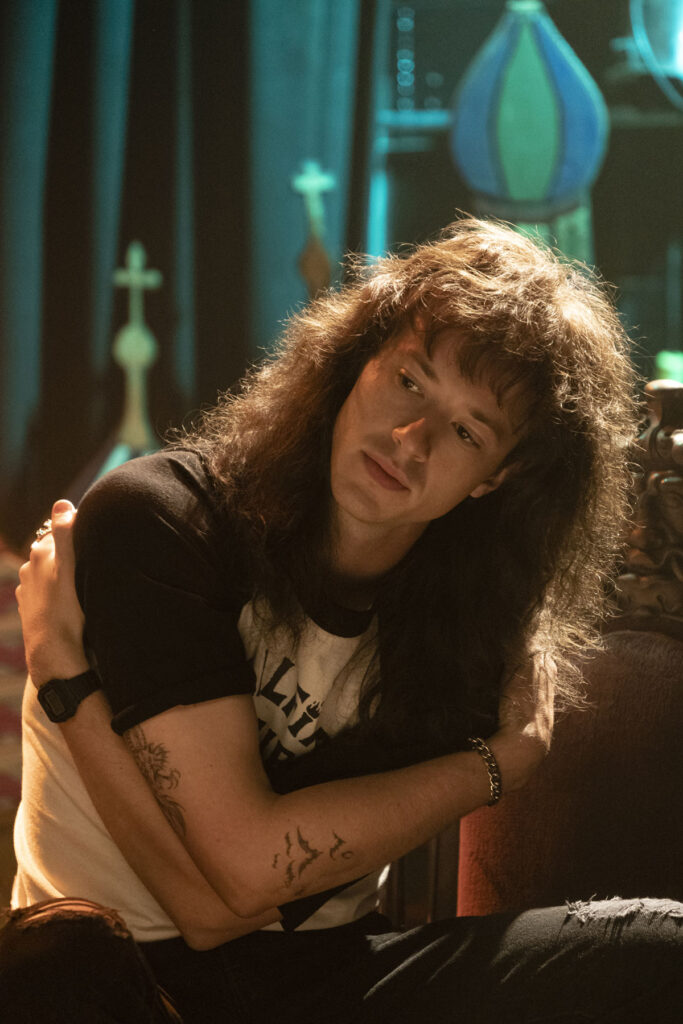 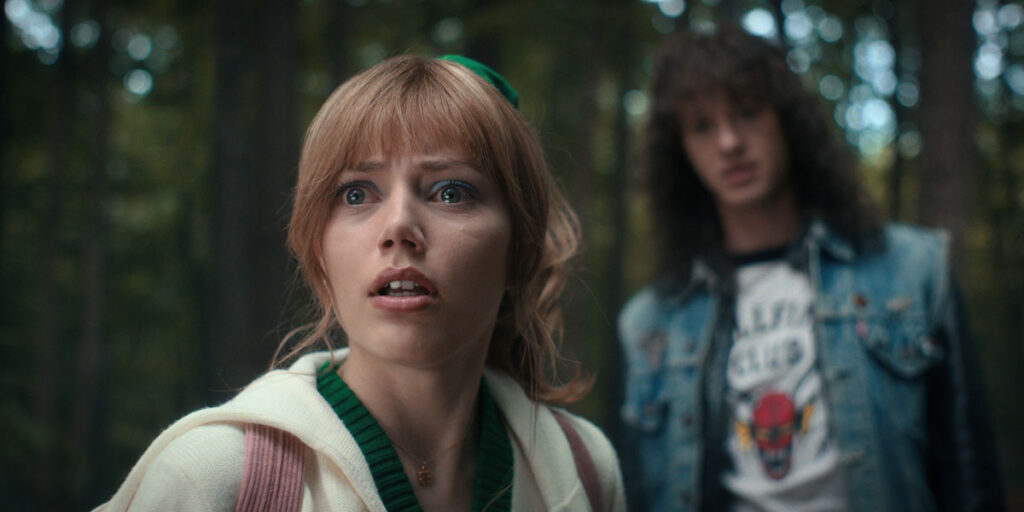 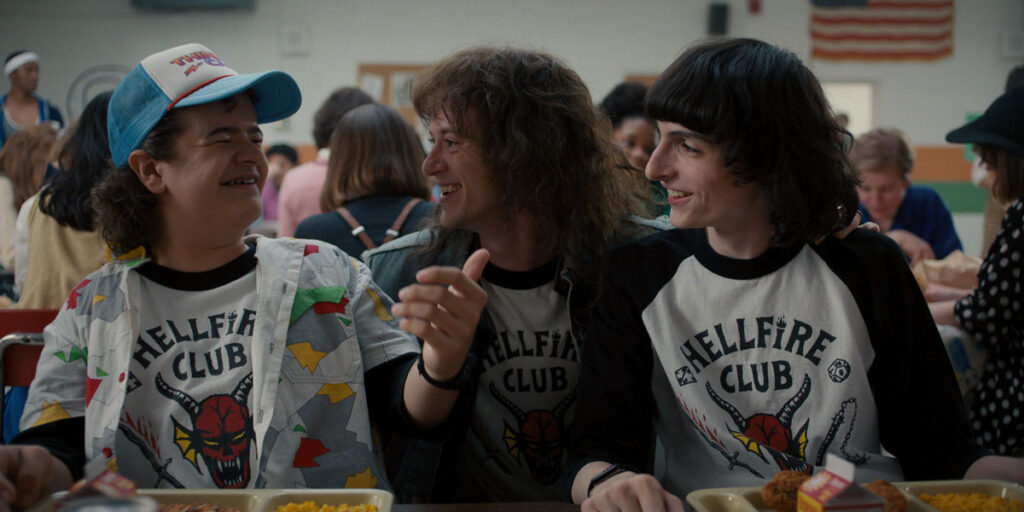