Jane Fonda: ‘We all know women who’ve had… facelifts and they look terrible’ 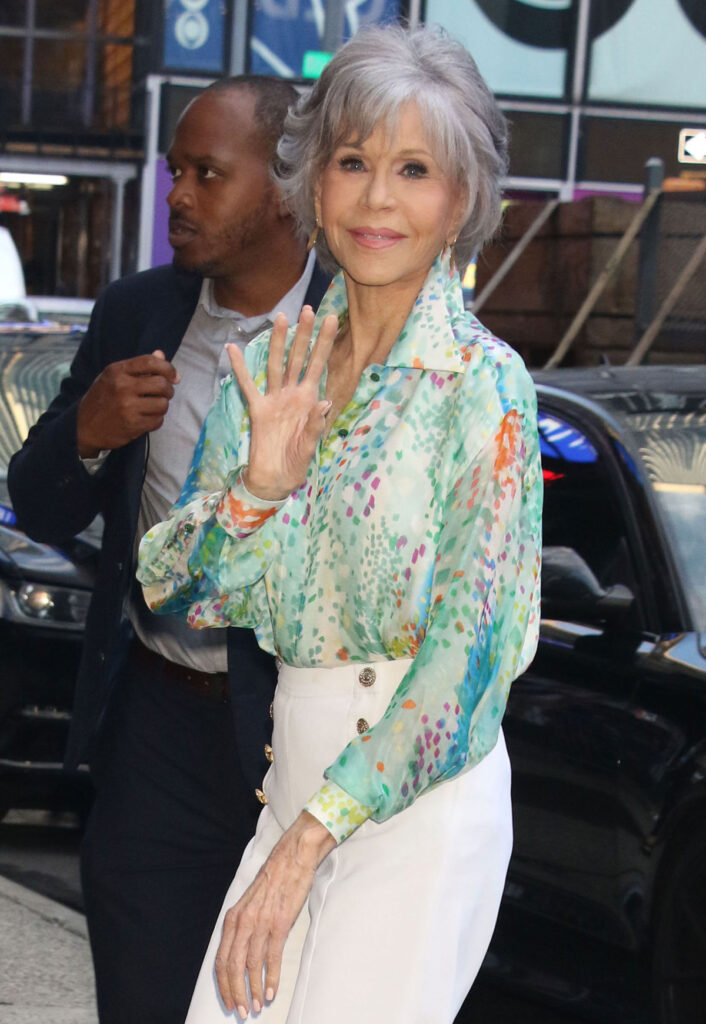 Jane Fonda has a whole profile in Vogue. I thought it was because of her Dragon voicework in Luck but no, she has a clothing line collaboration with H&M. She’s starring in the campaign too. It’s called H&M Move and it aims to make sportswear stylish and functional, more accessible. So they’re calling it ‘movewear.’ Normally I’d roll my eyes because we don’t need any more G-D labels but I kind of like that concept and the name’s groovy.

Anyway, the profile with Jane talked about her workout empire in the 80s and how much it’s helped her age in her 80s. The point Jane makes many times in her answers is that some movement now will serve you well later. That the best way to age is to prepare for it. At one point during her answer, Jane realizes that it’s easy for her to say because she has the money to prepare for age in a way most don’t. But then she also acknowledges that we all know a lot of women who have the money for plastic surgery, “and they look terrible.”

Stay moving: H&M Move is focused on what they call “getting the whole world moving.” That’s something that I’ve been doing a lot of my own life. It just seems to make sense for me because I’m almost 85. I know better than I did even when I was younger that no matter how old you are or who you are or where you are, keeping moving in a way that’s appropriate for your age is absolutely critical to your healthy lifespan.

Exercise is for more than physical well-being: I come from a long line of depressed people. One of the ways that I avoid depression is through exercise. When I move, when I walk, when I exercise, the depression lifts. That and activism are the two best anecdotes for depression as far as I’m concerned. I mean, unless you have chronic depression, which is a different thing.

The work you do now will help later: I walk a lot, and that helps me. I didn’t realize when I was young, the young never realize how important it is to keep your body strong because there’s nothing wrong with them. Their body works. They take it for granted. As you get older, you realize the importance of it. I mean, every day when I get out of a car, I thank the goddesses that I have strong thighs, that I’ve worked out to keep strong thighs. When I’m backing a car up and I have to look over my shoulder, I’m thankful that I’ve kept flexible and I can turn my head and it doesn’t hurt. Just basic things like that you take for granted when you’re younger but can’t do anymore when you’re older unless you have remained strong and flexible. My motto now is not for the burn. It’s slow down. Everything is very slow.

On aging: I want young people to stop being afraid about getting older. What matters isn’t age, isn’t that chronological number. What matters is your health. My dad died six years younger than I am now. He seemed so old because he was ill. He had a heart disease. I’m not ill. So I’m almost 85, but I don’t seem that old. So getting young people to stop being afraid of being old, helping people realize that just because you’re a certain age doesn’t mean you have to give up on life, give up on having fun, give up on having boyfriends or girlfriends, making new friends, or whatever you want to do. It’s still in the realm of life possibilities for you. I think that Grace and Frankie gives people, especially women, a lot of hope. That’s why I always tell people what my age is because I want them to realize it.

Money doesn’t always help: Now as those words are coming out of my mouth, what I’m thinking with the second part of my brain is, Yeah, Fonda. You have money. You can afford a trainer. You can afford plastic surgery. You can afford facials. You can afford the things that help make you continue to look young. That is true. Money does help. Good genes and a lot of money, as somebody once said. But then as I’m saying that, I’m thinking we all know a lot of women who are wealthy who’ve had all kinds of facelifts and things like that and they look terrible. I had a facelift and I stopped because I don’t want to look distorted. I’m not proud of the fact that I had [one].

On if she would do it again: I don’t know if I had it to do over if I would do it. But I did it. I admit it, and then I just say, okay, you can get addicted. Don’t keep doing it. A lot of women, I don’t know, they’re addicted to it. I don’t do a lot of facials. I don’t spend a lot of money on face creams or anything like that, but I stay moisturized, I sleep, I move, I stay out of the sun, and I have good friends who make me laugh. Laughter is a good thing too.

I really like Jane’s answer about taking the fear out of aging. I also tell anyone who’ll listen my age like Jane because I want my kids to see how proud I am of it. The woman my husband dated before me wouldn’t let him tell anyone her age and I tell everyone. Poor guy gets so confused. I did appreciate Grace and Frankie for exactly the reasons Jane mentioned, that the women never resigned that they were done with any part of their lives.

As for Jane’s thoughts on plastic surgery, I agree, and I don’t. There are people with a lot of money who get too much done and it isn’t the best look on them. But there are people with access to the best surgeons who look great. I don’t know this for a fact, but my guess is the time money is the most helpful is when you’re older. Not even just for the cosmetic stuff, but for comfort and care. Going through my parents’ twilight years has convinced me of this. Much like Jane’s thoughts about preparing physically for aging, I think the face creams, SPFs and efforts she went to as a younger woman probably helped her in her 80s. Jennifer Garner talked about the advice she got for skin and that sunblock in your 20s will reward you in your 50s (or something like that). Maybe that’s the issue with the rich broads whose facelifts look terrible – they didn’t do any prep work as younger people. They leave their skin to elasticity and try to fix it all in the 60s and 70s. 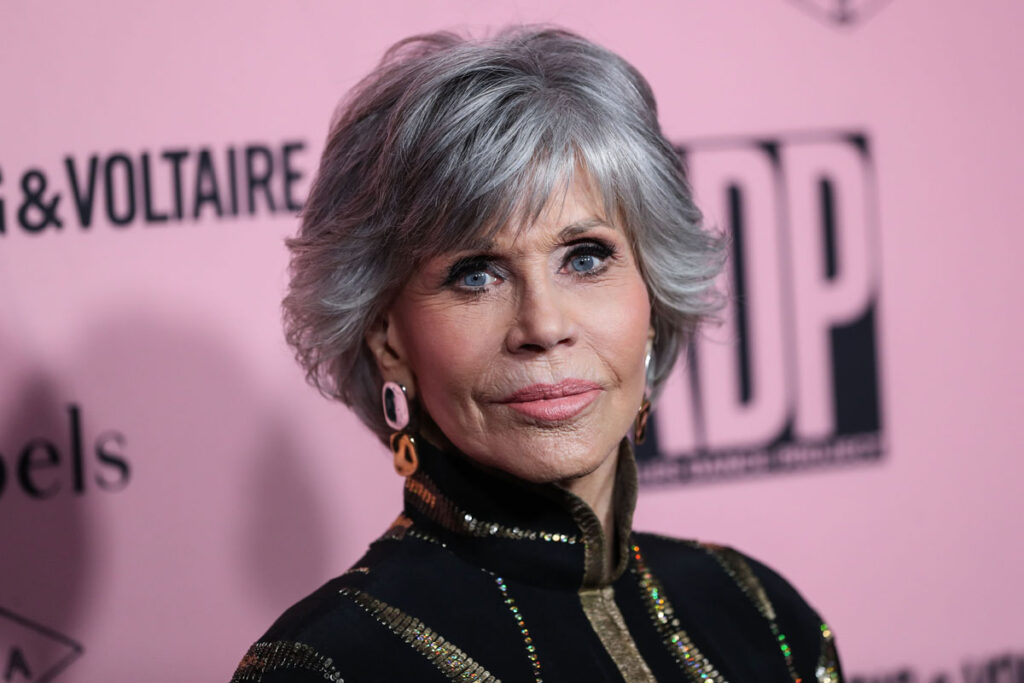 38 Responses to “Jane Fonda: ‘We all know women who’ve had… facelifts and they look terrible’”