Usher wants to be called the King of R&B: ‘I do deserve that’ 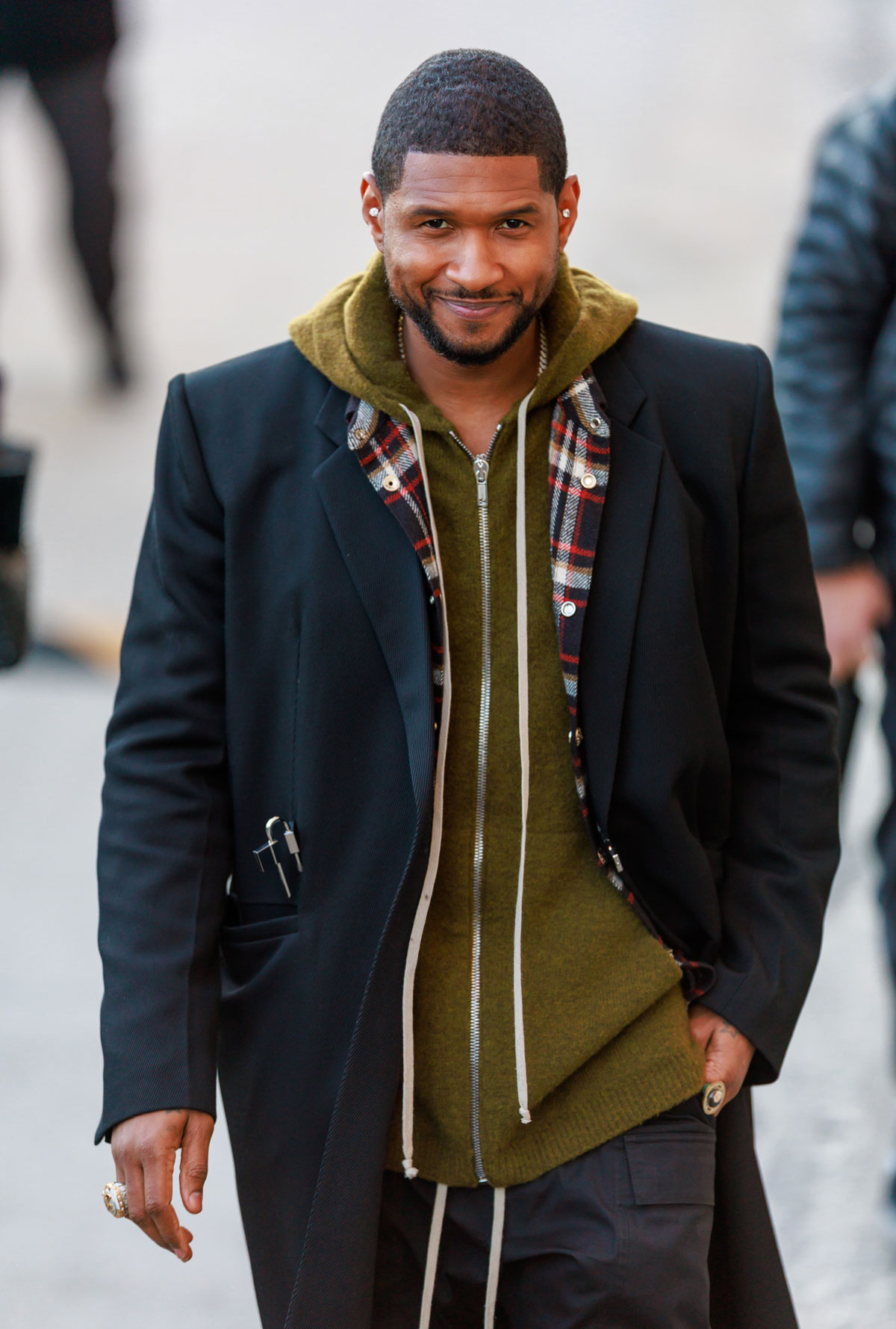 Where has Usher been lately? I ask because I feel like I haven’t heard any new music by him in a while, though it’s very easy to think of the many hits from his extensive discography. And apparently, those hits are the reason he thinks he should be called the “King of R&B.” He appeared on a radio show recently to discuss the state of the genre and anointed himself, saying that he deserves it, he’s not going to ask for it anymore, and we’re going to give it. Okay then!

Usher says he is the king of R&B, no doubts about it.

Usher recently appeared on SiriusXM and Radio Andy’s “Bevelations” to discuss the status of R&B. The “Yeah!”, “OMG” and “DJ Got Us Fallin’ In Love” singer proclaimed himself the King of R&B.

‘King, whatever you wanna call it. Yeah, I’ve been working to the point where I do own that, and I do deserve that,” Usher told host Bevy Smith. “And I ain’t gonna ask for it no more. You’re gonna give it. Because I did work for it.”

The eight-time Grammy-winner also rejected the idea that the genre is dying. Even if those statements come from colleagues like Sean Combs (P. Diddy).

“So when I do hear people, even like Puff [Daddy] saying, ‘You know R&B is dead.’ He sounds nuts to me,” Usher said. “It sounds, it sounds, it sounds crazy. You know, especially knowing he was a pioneer in understanding and beneficiary of it. You know, the source that is R&B created the breath of life that was breathed into hip-hop. It wouldn’t be.

“There would be no hip-hop if there were not R&B, so it’s blasphemous to hear me say, to hear people say anything, especially hip-hop cats, to say anything about R&B.”

[From ET Canada via Dlisted]

I mean, he certainly did work for it. He worked really hard for years and years and has the accolades to prove it. So he worked for it, owns it, and does deserve it. And yet… if you have to say it yourself that kind of sucks and detracts from your claim a bit. I can honestly say I never thought about who the King of R&B might be and if you’d asked me before this article I probably wouldn’t have thought Usher Raymond off the top of my head. But also if someone was like, “Usher is the King of R&B” I would just be accept it, like, “yeah, okay.” I do also completely agree with his rejection of the idea that the genre is dying. R&B is alive and well and it is definitely true that it breathed life into hip-hop. But, show, don’t tell: I think Usher should come out with a new R&B album with some awesome music videos to show us that R&B is not dead and that he is its One True King. “Yeah!” remains my favorite song to dance to, even more than “Back Dat Azz Up.”

52 Responses to “Usher wants to be called the King of R&B: ‘I do deserve that’”