Laura Harrier is engaged: ‘It’s a funny feeling when you just find peace’ 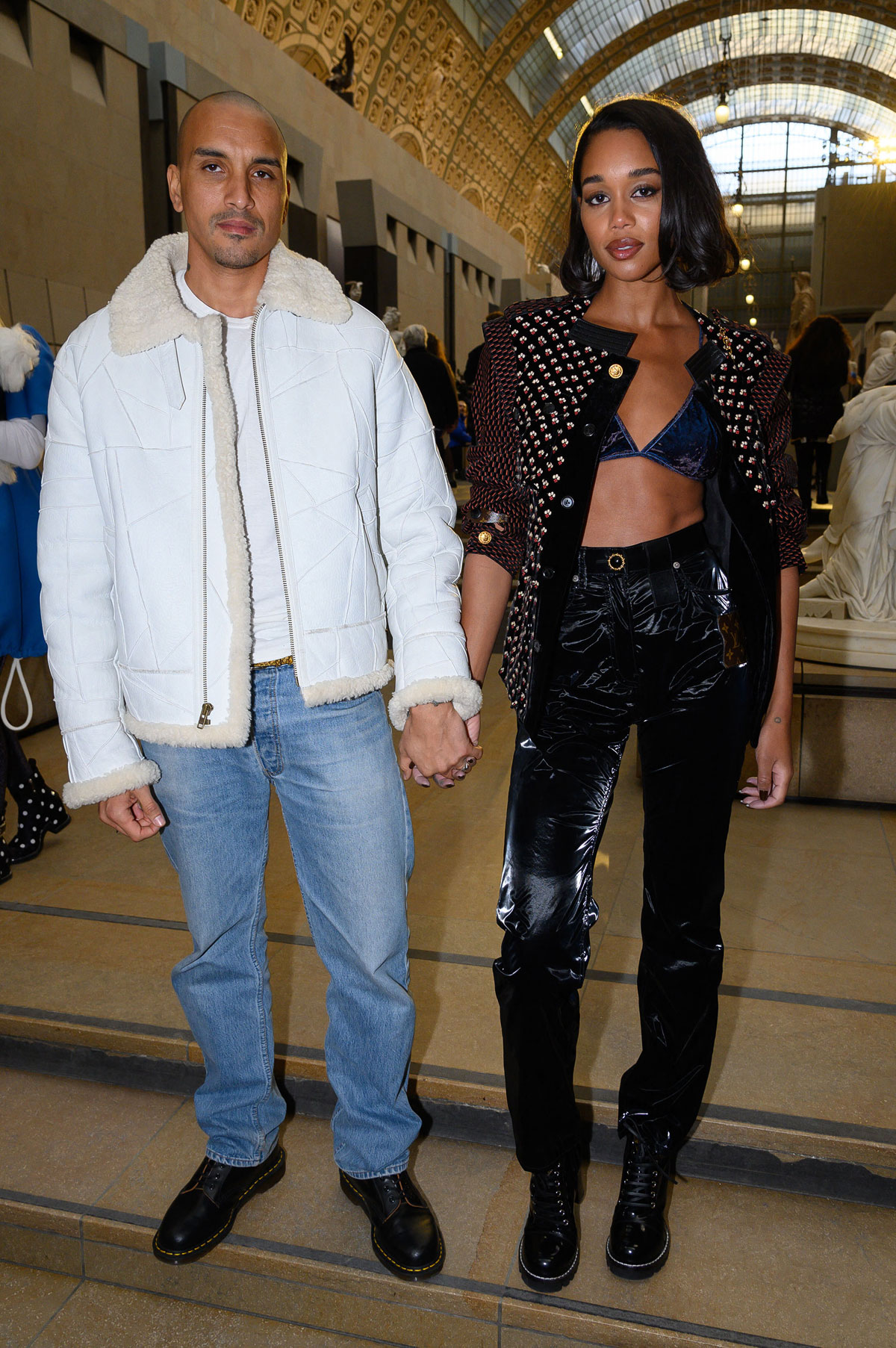 Laura Harrier, mostly of Spiderman and BlacKkKlansman fame, kind of flies under the radar despite having been in some buzzy projects. She started out as model, was in those movies and in the Hollywood Netflix series, and is filming the upcoming remake of White Men Can’t Jump with (ugh) Jack Harlow as the titular white man. I guess Laura’s busy filming and that’s why she hasn’t been around much lately, but she did get engaged to a fashion consultant named Sam Jarou, which she confirmed in interviews.

The 32-year-old Spider-Man: Homecoming actress confirmed the news in two recent interviews, and even revealed where Sam proposed. She also spoke about wedding planning and how that’s going.

“We did get engaged recently, which I’m very excited about,” Laura confirmed to Cosmopolitan, before speaking about the proposal. “It was really simple and sweet in Paris. I never wanted one of those big showy public engagements. That’s just not my personality. The cliché of when you know, you know. I never really believed it until that happened to me. It’s a funny feeling when you just find peace and calm. I also really do believe that you need to be ready within yourself before you can find somebody else to be with, which I also always thought was a cliché until I felt secure within myself and the person I am and where I’m at in life.”

On wedding planning, she recently told WWD, “I’ve done nothing. I need to plan. It’s like, when do you have time? We’ll get there.”

Laura is older than I realized. She’s still a relative newcomer, so I guess I assumed she was in her early-mid 20s. I thought this would be a very young engagement, but apparently it’s not. She and Sam have seemingly been together since last year. Before that she dated a basketball player and was maybe linked to Justin Theroux, so Sam is probably a better match. It seems like the proposal was to her liking and she and Sam have a chill and stable relationship from what she says in the interview. It’s nice that he’s adjacent to, but not completely within the industry. Laura used to model and I believe she was a Louis Vuitton spokesperson at one point, so they do have fashion in common. Anyway, congrats to the happy couple on their engagement!

8 Responses to “Laura Harrier is engaged: ‘It’s a funny feeling when you just find peace’”