Billy Ray Cyrus, 61, really is engaged to Firerose, 34, but there was no bended knee 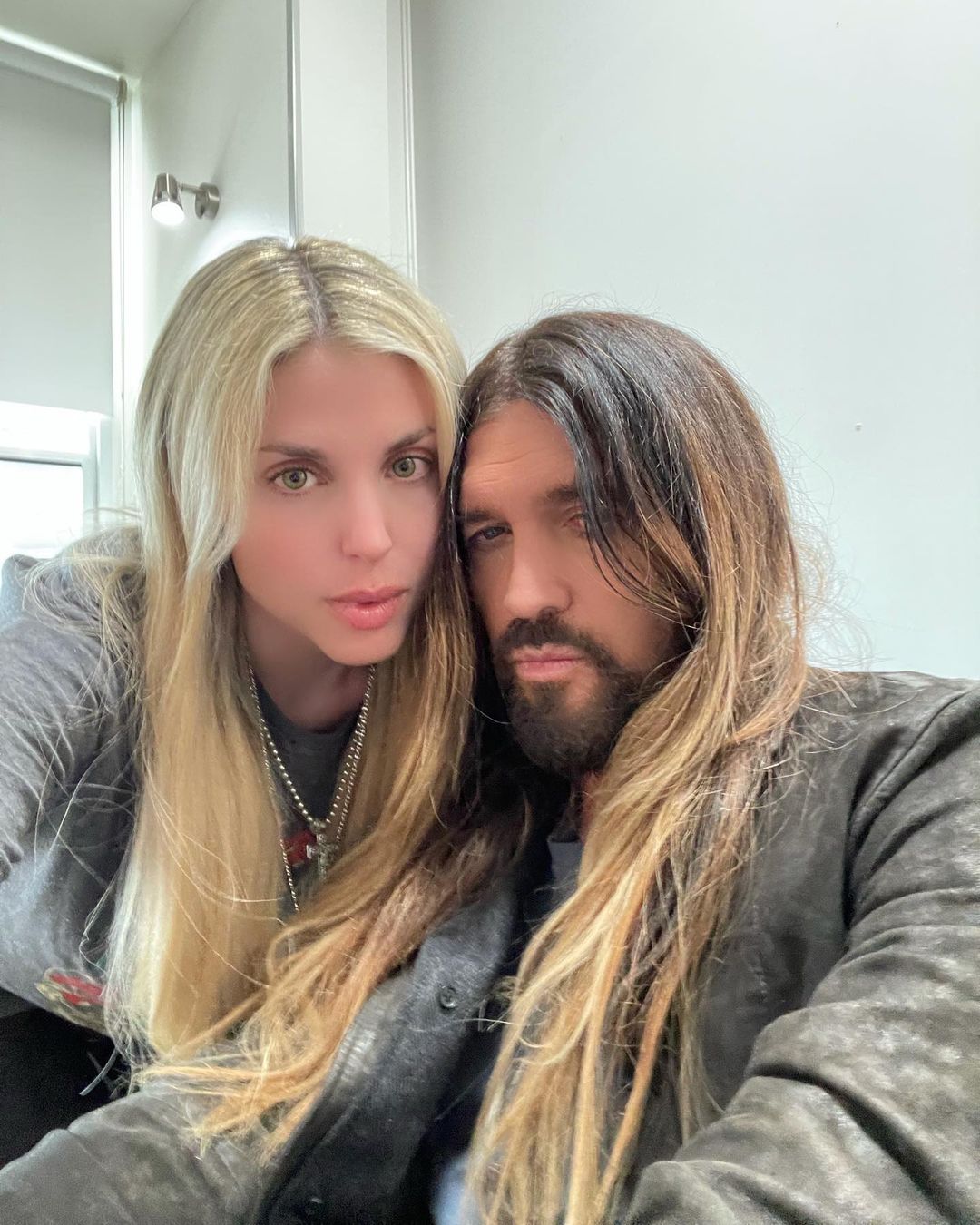 A month ago, the rumors started that Billy Ray Cyrus was engaged to someone named Firerose. There were concerns that Firerose was in her early 20s, and no one could really find solid evidence of her actual age… until now. Billy Ray has a huge spread in this week’s People Magazine, where he confirms his engagement to Firerose, who is identified as a 34-year-old. Billy Ray is 61 years old. It’s not great, but it’s not as bad as many originally thought. Billy Ray is also promoting new music and other stuff. Some highlights from People:

He’s got a Christmas movie: He is acting again, in a new movie, Christmas in Paradise with Kelsey Grammar and Elizabeth Hurley. Of working with Hurley, he says, “On set I just thought, “This has to be what working with Elizabeth Taylor was like.”

He’s engaged. And yes, he says, Tex [his dog] introduced him to his fiancée, a 34-year-old singer who goes only by the name Firerose. (About her name: It was given to her by her grandmother as a child in Australia, she says, and is now her legal name. “It’s always how I’ve identified.”) “She’s the real deal,” Cyrus says.

How he met Firerose: It was 12 years ago, and Cyrus was on the set of the Disney Channel series in Los Angeles. “I loved doing that show,” he remembers. “There’s a couple old pine trees on the lot that look like Tennessee. Tex and I would go out there in the middle of the day and he’d take care of his business and we’d stretch and I’d think how much I missed Tennessee. On that given day, Firerose came out of the front door. There was almost a moment of, I don’t know, recognition. I was like, ‘This girl’s a star.'” There was no way Cyrus could have known her. But Firerose knew who Cyrus was. “Growing up in Australia, my love of music was predominant over everything,” she says. “I’ve known his music since forever.”

He got her a job on ‘Hannah Montana’ and they stayed in touch. Firerose asked Cyrus to hear some of her music. “Our friendship was so solid over the years,” says Firerose. As the pandemic began, they became songwriting partners. “She plays all of her own instruments and writes her own songs,” says Cyrus. “We began sharing music, and it just evolved.” In July 2021 they released “New Day,” their first song together. “Billy confided in me a lot of what was going on in his life,” Firerose says, alluding to his marital strife. “I was just the best friend I could possibly be, supporting him.”

Cyrus asked Firerose to be more than friends: “There was sickness and death, and hard times,” Cyrus says of life during the pandemic. “All of the sudden, the life that I’ve always known as a touring artist didn’t exist anymore. A moment of so much change. And at the same time, Firerose, who had been such a light of positivity, such a best friend. And then when we began sharing the music, it just evolved more into, as musical soulmates, to soulmates, happy, pure love that to me, I didn’t know could exist. Again, we’re musicians, first and foremost, both of us. And we found this harmony, and this rhythm, this melody to life.”

He didn’t even get on one knee!! In the early summer Firerose moved to Cyrus’s Franklin, Tenn., farm, where his mother, then ailing, was also living. In August, Cyrus proposed. There was no bended knee. No ring. “Billy looked at me and said, ‘Do you, do you wanna marry me?’ And I was just like, ‘Of course I do. I love you,’ ” says Firerose, who later picked out a diamond and designed her own ring. “He said, ‘I love you. I wanna make this official. I wanna be with you forever.’ ”

No rift in the Cyrus family: Despite rumors of a rift with his children — he is dad to son Christopher Cody (with ex-girlfriend Kristin Luckey), 30, and shares daughters Miley, Brandi, 35, and Noah, 22, and sons Trace, 33, and Braison, 28, with Tish — Cyrus says there are no hard feelings. “Everyone knew that that relationship was over a long time ago,” he says. “Everybody’s turning the page. It’s been a lot, but everyone knew that it was time for a change.”

I suspect that there is a rift in the Cyrus family but it’s not specific to Firerose – I think the kids have always been on Tish Cyrus’s side on everything, she was the more engaged parent who was home with them while he was touring. Now, is it possible that Billy Ray’s narrative of the progression of his relationship with Firerose is also bullsh-t? Perhaps. And that could be a factor in any rift with his kids too. All that being said, I’m glad that Billy Ray and Tish finally ended things, and he’s allowed to move on with Firerose or whomever. I’d love to see what they both look like without all of the Facetuning and Photoshop. 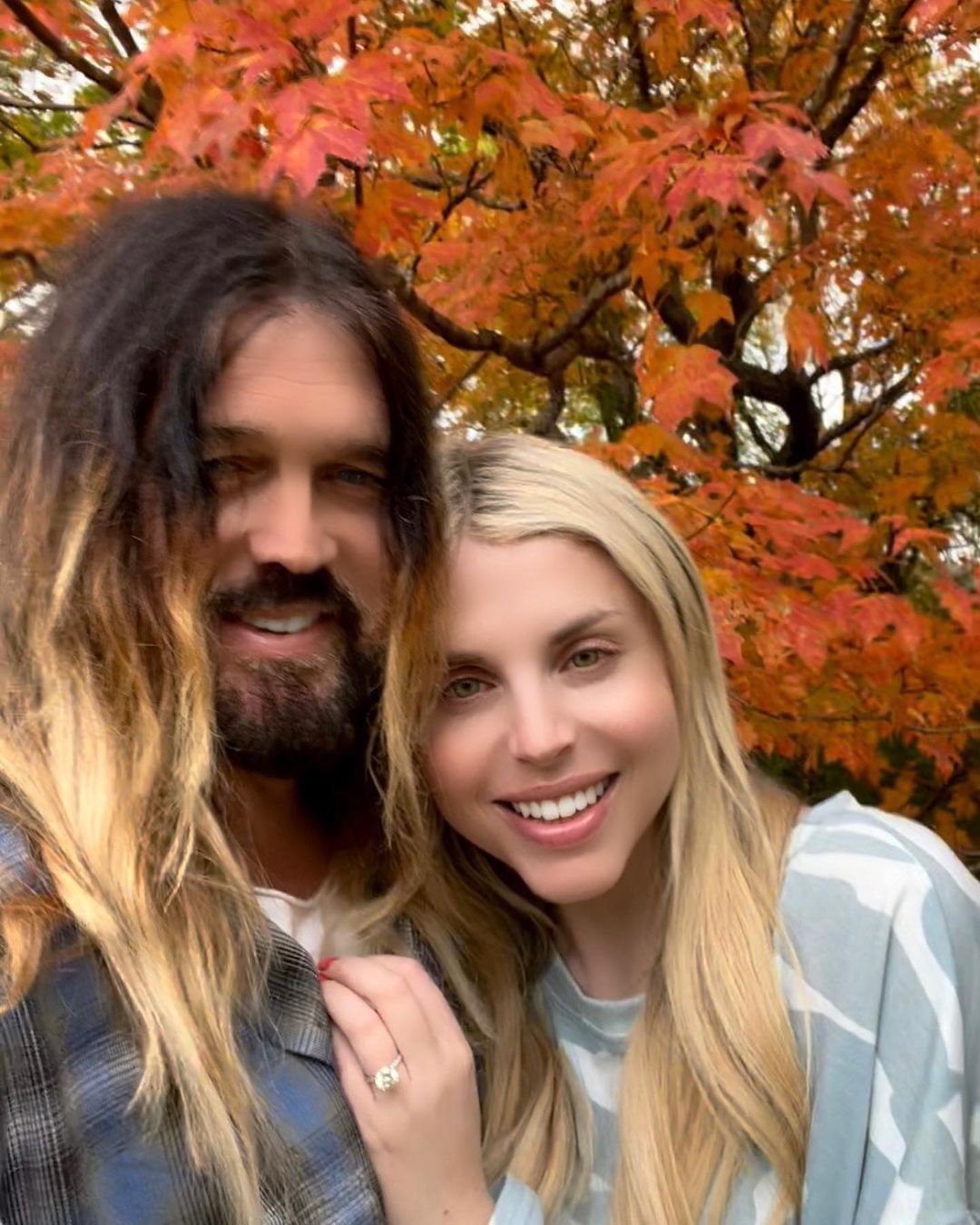 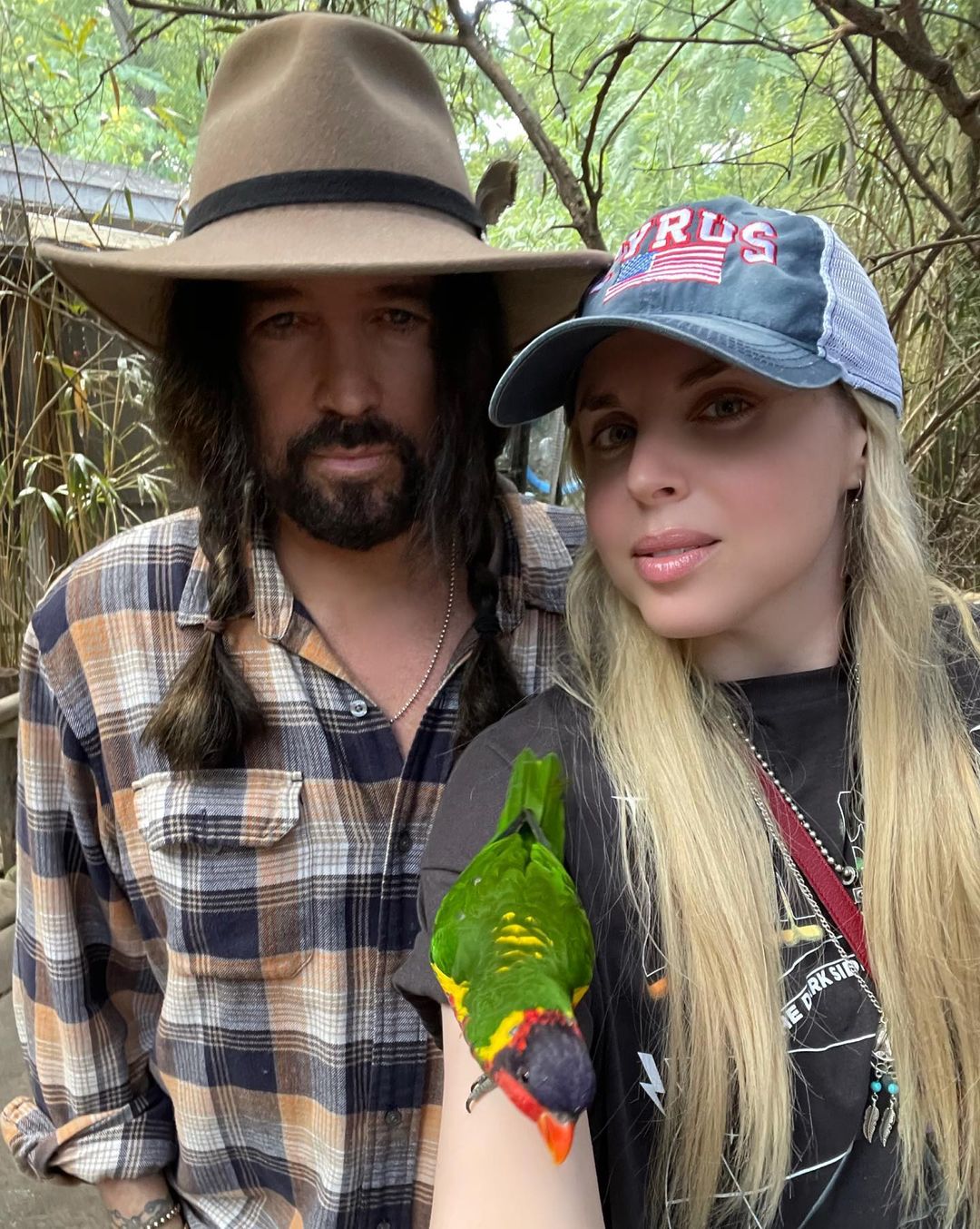 22 Responses to “Billy Ray Cyrus, 61, really is engaged to Firerose, 34, but there was no bended knee”