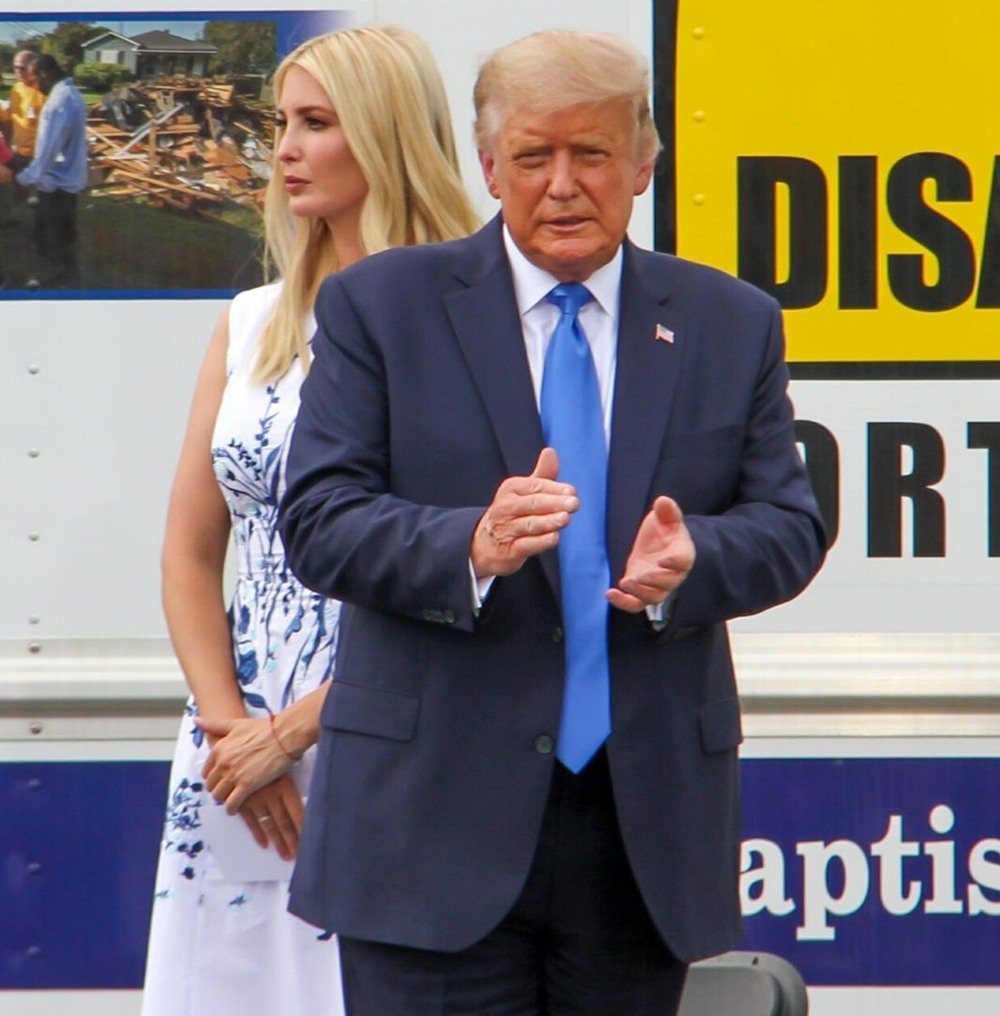 Truly, it would be better for everyone if we could just ignore Ivanka Trump and Jared Kushner, but they’re not in prison yet and they probably won’t be in prison any time soon, so here we are. Tuesday night, Donald Trump gave a meandering, Adderall-sniffing, deranged speech at Mar-a-Lago where he announced his 2024 presidential run. Dude can’t hide the fact that he’s a giant loser, so I guess we have to watch him lose all over again. While most of the Trump family was there for Bigly’s announcement, one person was notably absent: his favorite child, Ivanka Trump. Ivanka isn’t going to baby-whisper fascistically in his ear this time around. She spent four years as a roving fascist and full-time ethics violation and she’s not going to do that again.

Ivanka Trump told Fox News that she is “extremely close” with her election-denying, insurrection-inciting father. She added: “That hasn’t changed and will never change. I’ve had many roles over the years, but that of daughter is one of the most elemental and consequential. I am loving this time with my kids, loving life in Miami and the freedom and privacy with having returned to the private sector. This has been one of the greatest times of my life.” Noting that her three children “are at critical ages,” she said that she and Kushner are “happy where we are right now, and we will continue to support my father—as his kids.” To close, she said that while she “never intended to go into politics,” she is “very proud” of what she was “able to accomplish” while working at the White House.

Notably, she did not condemn any of the horrifying things her father did while in office, the two years lies he’s told re: the 2020 election being stolen, or the violent insurrection he fomented that left multiple people dead.

On Monday, it was reported that Trump had spent the weekend attempting to convince Kushner and Ivanka to appear with him onstage for his 2024 announcement. Not only did that not happen, but Ivanka wasn’t even at Mar-a-Lago when he delivered it (Kushner appeared in the crowd alongside brother-in-law Eric Trump).

Sources also told CNN that Ivanka “would never go back to that life… She knows it’s not something that would serve her or her family at this point.” I feel like the assumption being made by the people around Ivanka is that Donald would actually win and she wants no part of it? I don’t have a crystal ball, but it feels like there are a million different scenarios for how the next 23 months unfold. While Ivanka’s absence from her dad’s campaign is notable and the absence will have a big effect, there’s so much other sh-t happening.

First Daughter and Advisor to the President Ivanka Trump, listens during a Coronavirus Task Force news conference in the briefing room of the White House in Washington, D.C., U.S., on Friday, March 20, 2020. Americans will have to practice social distancing for at least several more weeks to mitigate U.S. cases of Covid-19, Director of the National Institute of Allergy and Infectious Diseases at the National Institutes of Health Dr. Anthony Fauci said today. Credit: Al Drago / Pool via CNP | usage worldwide

First Daughter and Advisor to the President Ivanka Trump waves to the audience after she was introduced by United States President Donald J. Trump as he made remarks at the 2019 Prison Reform Summit and First Step Act Celebration in the East Room of the White House in Washington, DC on Monday, April 1, 2019. Credit: Ron Sachs / CNP | usage worldwide

First Daughter and Advisor to the President Ivanka Trump participates in a discussion on fighting human trafficking on the southern border during a meeting in the Cabinet Room of the White House, in Washington, D.C., February 1, 2019. Credit: Martin H. Simon / CNP | usage worldwide