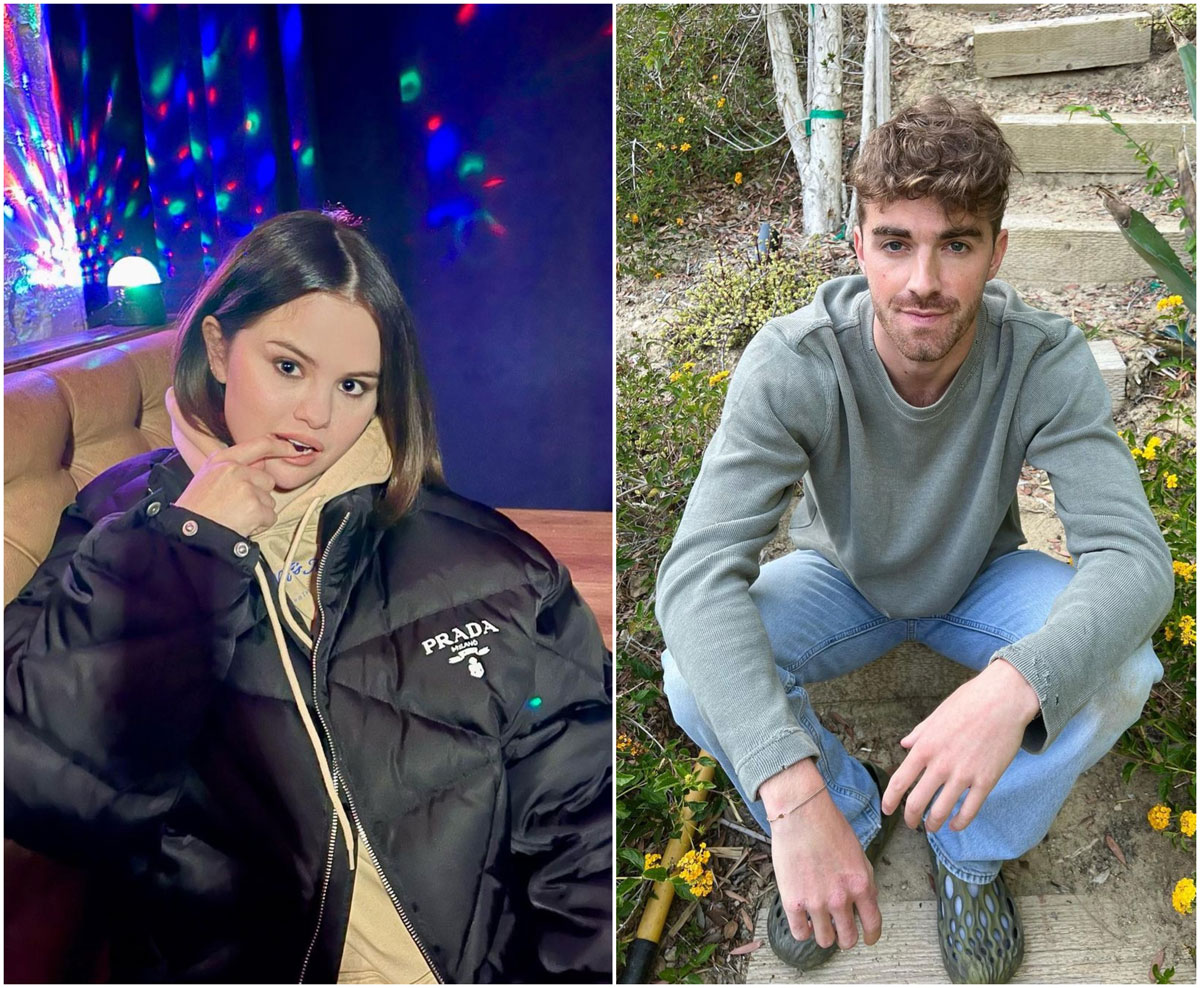 So we just learned the (gross) news that Selena Gomez is dating one Chainsmoker, Drew Taggart. There’s been so much intrigue on Deux Moi about who Selena Gomez is dating and the fact that she hasn’t publicly dated anyone since that go-round with Justin Bieber and The Weeknd four or five years ago. The names of pretty much every “hot” guy in her age bracket have been thrown out there and some of them actually made sense, but this one doesn’t. Girl, what are you doing? I guess The Heart Wants What It Wants… Anyway, Page Six got some exclusive photos of Selena and Drew on a bowling date in NYC. Apparently they were making out, Selena is super into him, and they’re really cool because they go to normal, chill places and not members-only clubs. Okay then.

Selena Gomez and Drew Taggart seem to have confirmed their rumored romance.

Page Six has obtained exclusive photos of the singer-actress, 30, and the Chainsmokers member, 33, on a flirty date at The Gutter, a New York City bowling alley, on Sunday.

An eyewitness tells us the couple was “making out” like teenagers while enjoying some alone time.

“There was also a group of young girls that went up for pictures from her shortly after and a man getting an autograph,” our insider spills.

The pair kept things casual, with Gomez wearing a black sweatshirt and matching sweatpants. Her dark, shoulder-length locks were down while her signature bangs framed her face.

Taggart, for his part, opted for a long-sleeved camo shirt and dark pants. His most noticeable accessory, however, was the big smile he sported as he watched the “Only Murders in the Building” star bowl.

Gomez’s rep did not immediately respond to our inquiry, while Taggart’s had “no comment.”

According to Us Weekly, the pair are “very casual and low-key” at the moment but “having a lot of fun together.”

“They aren’t trying to hide their romance by sneaking around at members-only clubs,” a source told the outlet on Monday, noting that the musicians like to “go bowling and to the movies.”

The informant added that Gomez is “so affectionate” with the DJ and “can hardly keep her hands off him.”

Amid Taggart’s new romance, his most recent ex-girlfriend, Eve Jobs, seems to have deactivated her Instagram.

While attempting to search for Jobs’ account earlier on Tuesday, we encountered a message that read, “Sorry, this page isn’t available.”

The 24-year-old model — who is the daughter of late Apple founder Steve Jobs — and the “Closer” hitmaker began dating over the summer, but their romance must have fizzled out.

According to Us Weekly, their breakup was “totally amicable.”

Taggart was previously linked to models Haley Rowe, Meredith Mickelson, and Chantel Jeffries, while Gomez has been relatively quiet about her love life since her split from The Weeknd in October 2017.

I have so many thoughts and none of them are good. First, the members-only club comment is so specific that it seems like a dig at someone. The Chainsmokers are basically a flop DJ duo that has one hit song that is only good because Halsey is on it. They’re gross (the Closer performances and video are particularly uncomfortable) and I’m pretty sure one of her negative song lyrics/poetry verses is about one of them. I can barely tell the two Chainsmokers apart, they’re like a before and after, two sides of the same crusty coin. I can semi-see the appeal of Drew to a 20-something, but as a woman the same age as him, to me he looks like an actual chain-smoking f-ckboi and his dating history seems to indicate the same. Apparently Drew was just dating Steve Jobs’ youngest daughter, Eve, and they’re claiming the breakup was amicable, but her Instagram is gone. Did she just not want the heat or what? Drew reminds me of a less talented, less successful, less attractive (yeah, I said it) Justin Bieber. Even though that may not be the point, I think Selena can do better. When I wrote about Jesse Williams joining Only Murders, I had a moment where I was like “ugh what if he and Selena got together on set,” but actually even that would be better than this, though someone else entirely would be preferable. Where is her amazing PR team right now?! 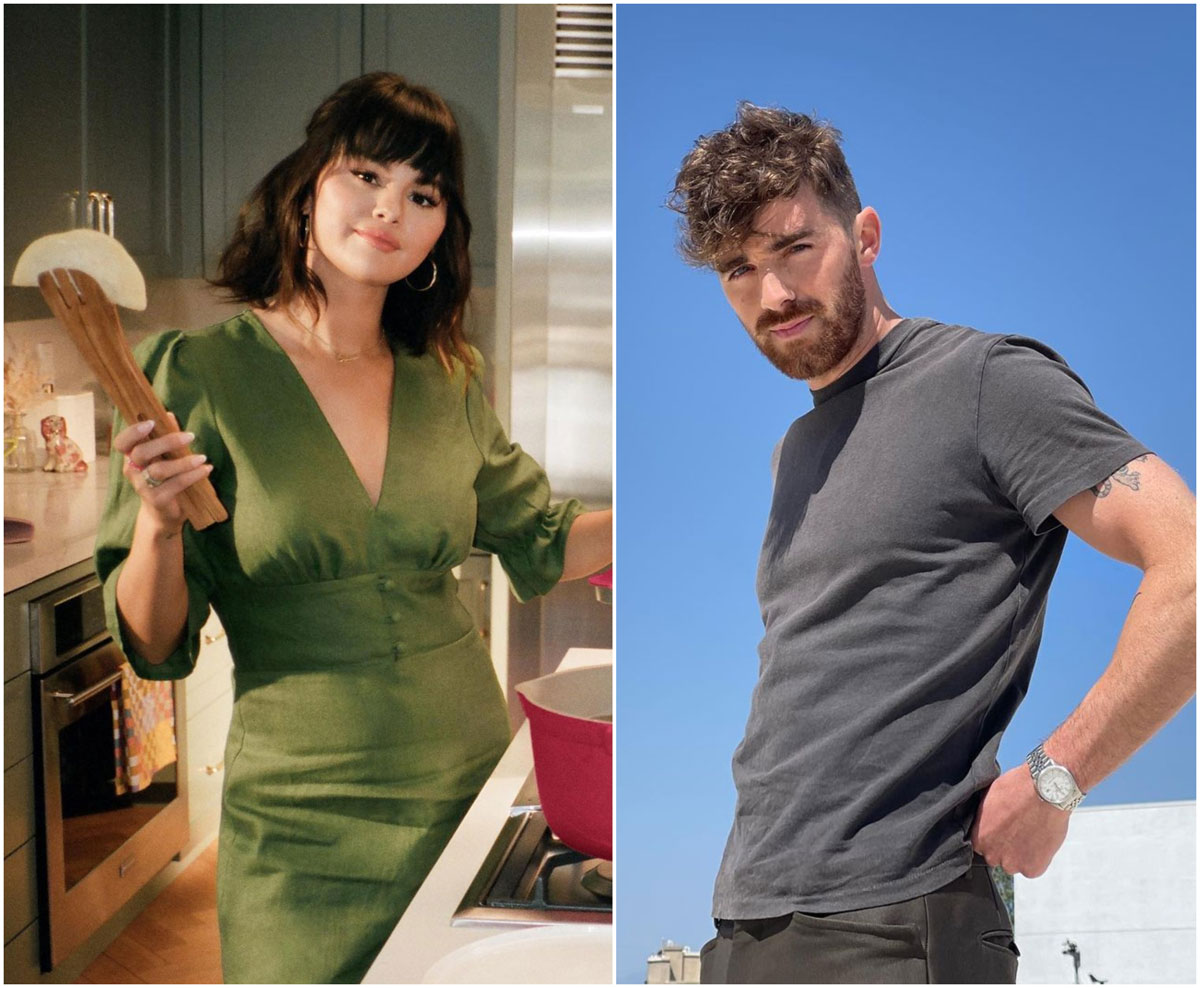