Here ^^ is a “selfie” that Cressida Bonas allegedly posted to Tumblr as part of the no-makeup selfie campaign to raise money and awareness of breast cancer prevention and research. I kind of have my doubts that Cressida consciously posted this no-makeup selfie recently, and for the express purpose of breast cancer awareness, but that’s the official story so let’s go with that.

Over the weekend, Prince Harry hosted a dinner event for Walking with the Wounded, specifically for the men and women who underwent the South Pole challenge late last year. Cressida was widely rumored/reported to be the “cohost” of the event, a big step for a royal girlfriend. But it didn’t happen. Katie Nicholl at Vanity Fair says that Cressida wasn’t there.

Cressida Bonas was rumored to be attending her first official engagement at St. James’s Palace, but Prince Harry’s stunning girlfriend was reportedly notably absent at last night’s dinner to celebrate Walking with the Wounded’s recent adventure to the South Pole. According to my sources, Cressida was not at the lavish three-course champagne supper hosted by Prince Harry in the Queen’s apartments, even though she was expected to attend.

“Cressida wasn’t there, even though we were hoping she would be,” one Walking with the Wounded insider tells me.

A royal aide confirms Cressida was not at the dinner, saying she was not due to attend in the first place. There was much excitement that the 25-year-old would be making her debut appearance at the official dinner, having recently stepped out publicly with Prince Harry to a charity engagement and a rugby match, further fuelling rumors the two are about to announce an engagement.

According to the source, servicemen and women who took part in the charity trek were invited to the Palace and told they could bring wives and girlfriends to last night’s dinner, which was by all accounts a great celebration.

Harry and Cressy have just got back from a skiing holiday to Kazakhstan, so perhaps dancer Cressy was feeling a little tired after all the après ski?

Or maybe Harry didn’t want Cressida to meet his Viking lover Alexander Skarsgard? Ha! Just thought I’d throw that out there. I have no idea if Alex came to the palace, but I suspect he didn’t. Anyway, it’s far more likely that this is part of Cressida’s campaign to turn Harry into a Waity. That’s what “sources” keep saying – that Cressida is gun-shy about a royal engagement, that she’s not ready for all of the attention, that she’s making Harry wait(y).

Incidentally, Harry’s “friend” (I’ve never heard of this guy) Inge Solheim spoke about Harry and Cressida’s ski trip to Kazakhstan two weekends ago, and Inge says Cressida is merely a “young girl in love” and “The pressure Cressida is under, dealing with this kind of publicity, is absolutely terrible for a young girl.” She’s 25. I mean, she IS young and she’s relatively new at this whole “royal girlfriend” thing, but let’s not infantilize her. She’s 25. 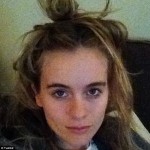