Reese Witherspoon in the first trailer for “Wild”: awesome or disappointing?

Cheryl Strayed’s bestselling memoir Wild: From Lost to Found on the Pacific Crest Trail was one of my favorite reads last year. I loved the unassuming way that Strayed told the story of how she hiked 1,000 miles following her divorce and the loss of her mother. Strayed never seemed like she was bragging or exaggerating, just like she was explaining how she overcame a very difficult transitional period by challenging herself. I came away admiring Strayed and feeling like I understood what she went through. So while I’m glad that her story has been optioned into a movie, I’m disappointed that Reese Witherspoon will be playing her.

Somehow, despite the fact that I read celebrity news all day, I missed the fact that Strayed’s memoir was being made into a film and that Reese would be the lead character. Maybe if I had heard about this ahead of time I wouldn’t have viewed the trailer as negatively. As it is, Reese seems unsuited for this role. I don’t want to get inside Reese’s head for two hours while she goes on a journey of self discovery. I do think Reese can act, but this requires some Tom Hanks in Cast Away level acting. I don’t think she can pull off this role.

Here’s the trailer and I’ll say a bit more after you’ve had a chance to see it.

It looks like they’re playing up Strayed’s drug use and promiscuity, which didn’t seem to have as central a place in the book. Maybe Strayed downplayed that part of her past because she was embarrassed about it, but it seemed like she was just starting to delve into heroin addiction when she decided to hike the PCT.

Reese has this role because her production company was the first to option the book. Of course she cast herself as the lead in something that would help her escape her romcom shackles. The film was adapted for a screenplay by Nick Hornby (About a Boy, High Fidelity) and directed by Jean-Marc Vallée (Dallas Buyers Club) so it could be good. Strayed was 26 when took her epic hike, and I feel like this needed a younger actress with more vulnerability. We’ll see though, maybe Reese will surprise me.

Here’s a photo Reese Instagrammed with her son, Tennessee, who turns two at the end of September. She captioned it “Last day of beignets with my boy #NOLAstyle” Her lifestyle company is still in the works. Judging from her Instagram, it should come out any day now. 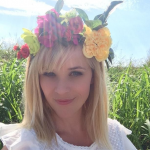 103 Responses to “Reese Witherspoon in the first trailer for “Wild”: awesome or disappointing?”