Whoa! Dean Sheremet, LeAnn Rimes’ first husband, has given the most epic tell-all interview of his whole life. Dean was and is often praised for not “telling all” about what happened with LeAnn. He’s made a handful of smaller comments here and there over the years, but this interview has taken me by surprise. Some theorize that he wants to talk about everything ahead of the release of his new cookbook, so he won’t have to answer these questions a million times. Perhaps. Or maybe he just felt like talking. The piece is really long – go here for the whole thing. I’m just going to pick out some of most interesting quotes. But I have to say, the whole piece is pretty interesting – Dean comes across like a real sweetheart.

When he met LeAnn: “I was a professional dancer. She was a superstar. I knew that one of us had to sacrifice something to have a healthy marriage. And that was my goal. As much as I wanted to be successful, I wanted a family more. I’ve always wanted to be married and have kids. Family is everything to me.

Giving up his career to focus on her: “As it went on, there were a lot of animosities that built up. I felt like I was never having my needs met so there was fighting. And I was so intertwined in managing her career that I didn’t know how to make the distinction between husband and boss, husband and partner, husband and manager…”

Whether he felt like he lived in her shadow: “Not at first. It felt like we were a team. As it went on, the team became toxic. But when we were working together, we were brilliant. The dumbest thing she ever did for her career was divorce me. Because we were such a good team. The last hit song she had was when she was with me. It was “Nothing Better to Do”. I had that title in my head and was kicking it around for a bit. We got our friend Darrell Brown, who is a phenomenal writer, to write it with us and we wrote the whole album.

He was uncomfortable with their lifestyle: “Not with the life, just the way that she would spend money. We would go shopping and not even look at the amount. It’s just a weird life. I come from Mid-Western core values where you’re smart about your money.”

He was never on LeAnn’s payroll: “No. God no. I would have never let that happen. Everything was joint. And she never made me feel that way. There was never talk of money or me not pulling my weight. I think she felt like we were a great team. It always felt equal. She always made it feel equal. Until we got divorced and I found out how unequal it was.

The Lifetime movie, Northern Lights: “The funny thing is I’m the one who pushed her to do that movie… LeAnn has always had her heart set on acting. But you need to put the work in. I think she’s been so used to everything coming so easy to her that she just assumed, “I’ll act”. So I was like, “This is a soft way to get yourself on a set, have lines, go through the motions.” I saw her being ambivalent and was like, “That’s not gonna get you where you need to be. Do this movie. It’s gonna be great for you!”

He didn’t expect her to cheat: “Never in a million years did I think something like that would have happened. The need for me in her life was so strong. There were things she couldn’t do without me. She had her own phone but never used it. People would call me to get to her. Everything went through me.

Meeting Eddie Cibrian: “He was a good looking guy. I just remember being like, “Oh, God, just another one of those Hollywood pretty boys.” If you’re in a room with him, he’s probably one of the most charming people you’ll ever meet. But I wouldn’t trust him as far as I could throw this f–king table…he just felt like one of those guys from the beginning. A total schmoozer. Very Hollywood. I never bought his schtick. But I wasn’t worried.

The first time things seemed off: “I got really sick and had to go home [to Nashville, the film was shooting in Canada] to the doctor. I was gone for a full week. I’ll never forget this, there was this bar that everyone hung out at after set and I remember coming down the stairs and seeing the two of them shooting pool together. I could just tell by the body language that everything had changed. She’s shooting pool, shooting tequila, in a tight tank, tight jeans, over the knee boots and she’s standing across from him, playing with the pool cue. All of a sudden, there was a huge shift. My stomach dropped. I literally felt like I got hit.

Why LeAnn moved back to LA: “She really lives on the adoration of others. I could be speaking out of turn but this is my perspective. She lives and dies on the perception of herself. I sympathize with that cause she’s been famous since she was 12-years-old so she doesn’t know anything else. In LA, there’s the paparazzi and that false sense of success, false security that you’re still relevant. If you’re in the magazines, then you matter. And that carried over to the divorce. She became even more “famous”. But she was in the middle of the road in country and she should’ve been owning that format. She’s one of the most talented people I’ve ever met, has the most incredible voice, she’s flawless. But she got away from doing that and it breaks my heart. She’s gone away from what she was put on this earth to do. It’s all been at the expense of that. I think she learned a really hard lesson because it didn’t pan out the way she wanted it to.

The hardest part: “The cheating wasn’t the hardest part. The hardest part was someone standing in the back of the bus in the middle of nowhere and saying, “I don’t love you anymore.” I would’ve rather she said, “I slept with twenty guys.”

[From Nat’s Next Adventure]

There’s so much more in that piece – it’s a must-read for all of the people interested in LeAnn-Eddie-Dean-Brandi drama. He talks about how confusing and crazy everything was post-affair and how LeAnn didn’t even know what she wanted at first. He compliments LeAnn in several different ways, and I think he’s right, the worst thing for her music career was divorcing him. His assessment of Eddie is pretty dead-on too. Sigh… poor Dean. At least he seems to be in a good place these days. 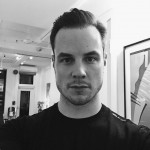 286 Responses to “Dean Sheremet did an epic tell-all about marriage, LeAnn Rimes & infidelity”