Taylor Swift is going to sue the person who knitted that ^^ sweater, you just know it.

Back in January, Taylor Swift went on a trademarking blitz and she was widely slammed for it. She filed paperwork to trademark several of her song titles and lyrics, including This Sick Beat™, Welcome To New York™, Cause We Never Go Out of Style™, Party Like It’s 1989™, Swiftstakes™ and more. To be fair to Obnoxious Nazi Barbie™ (trademark by Camille Paglia), Taylor’s trademarking blitz was about trying to shut down second-rate vendors who would (and have) used Taylor’s lyrics and songs to make their own profits. The problem? Taylor and her lawyers started sending cease-and-desist letters to Swifty fans who were selling Swifty-related stuff on Etsy, for the love of God. Well, in any case, there are more words and phrases we can no longer use without paying Swifty. Like, we can’t even make any reference to 1989™ now.

A not-so-merry Swiftmas, y’all. Taylor Swift recently applied to trademark several terms related to her body of work, and among them is the fan favorite “Swiftmas.” According to blog Tantalizing Trademarks, the 25-year-old singer is also looking to trademark the phrase “Blank Space” (a hit off her 1989 album), “And I’ll Write Your Name” (a line from aforementioned song), “A Girl Named Girl” (the title of a novel Swift wrote when she was 15), and “1989” (in reference to her latest album).

The site reports that Swift submitted an application with her request to trademark the five phrases on Dec. 3; earlier this year, the Grammy winner reportedly also tried to trademark phrases like “this sick beat” and “nice to meet you; where you been,” both lines from her songs “Shake It Off” and “Blank Space,” respectively.

It’s important to note, however, that if the application goes through, the use of the term “1989” won’t be trademarked in and of itself — only when it’s in reference to her album title.

If Taylor had her way, we would no longer be able to say “sign here, on the blank space.” Her fans could never make reference to Swiftmas. And any references to anything that happened the same year that George HW Bush came into office would be completely off the table! God help any Etsy vendor who dares to make any kind of reference to 1989!!!

Me acting all moody during Trouble but actually so happy because that Melbourne crowd was INCREDIBLE tonight. 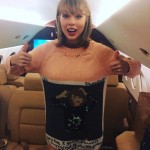 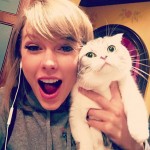