Did you know that Ryan Lochte is heading back to the Olympics this year? It’s true. Rio will be his fourth Olympic games. He’s 31 years old and he’s going to try to medal again. But Ryan Lochte – who was Gronk before Gronk – is trying to make us believe in him again. He’s trying to get us interested. He wants us on TEAM JEAH. So Ryan Lochte has adopted a small puppy. The puppy is a French bulldog. And Lochte has named him Yeezy. Yeezy Lochte. Bless. Here’s the introduction photo of Yeezy. Ryan says he named the Frenchie that because the dog liked to sit with his Yeezy shoes. Here’s video of Yeezy in his daddy’s arms. Yeezy seems like a happy little dog.

And this has nothing to do with the dog, but I was just creeping on Lochte’s Twitter and I noticed his amazing hashtag game. #shirleytemple!!!!!!!!! 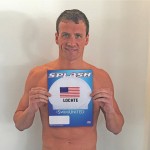 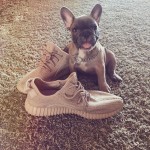