Justin Bieber has some shade for Taylor Swift too, with #TaylorSwiftWhatUp

Taylor swift what up

If you’ve been on Twitter this morning, you’ve probably seen #TaylorSwiftWhatUp trending at the top or near the top. That’s how I came across this story – I had to see why everyone was hashtagging Tay-Tay this time. As it turns out, the hashtag started because Justin Bieber posted this Instagram (above). That’s Kanye West!!! Bieber and Kanye are not what I would call “friends,” but they are somewhat friendly. Kanye even said that “Where Are U Now” (Bieber’s song produced by Diplo) was his favorite song of the past few years. Oh, and Bieber has always been tight with the Kardashian-Jenner women. ALWAYS.

So, obviously, “Taylor Swift What Up” is now being interpreted as Bieber pledging allegiance to Team Kanye. I don’t know why anyone would really care, but Bieber still has a rapid fanbase and they’re loving every minute of it. I guess there’s not a lot of intersection between Bieber’s fanbase and Taylor’s fanbase either, unless there are Selena Gomez-Bieber truthers out there, perhaps. In fact, I always got the impression that Taylor just flat-out disliked Bieber because of the on-and-off drama with Selena. To Taylor, Justin Bieber is her BFF’s sketchball, douchebag ex-boyfriend who still tries to emotionally manipulate said BFF.

As always, the best part of a Taylor Swift-related “takedown” is the social media party. Assorted #TaylorSwiftWhatUp tweets:

taylor probably has a paragraph saved in her notes about this just ready to be posted #TaylorSwiftWhatUp pic.twitter.com/1nTKxzUke3

Watch Taylor be like "I never gave Justin the permission to use my name in his caption" #TaylorSwiftWhatUp pic.twitter.com/0BeWUGNVPM

Me waiting for Taylor to act like the victim again #TaylorSwiftWhatUp pic.twitter.com/0C56MCO1T4 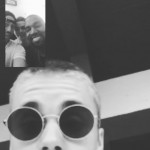 103 Responses to “Justin Bieber has some shade for Taylor Swift too, with #TaylorSwiftWhatUp”