Ozzy Osbourne’s mistress speaks: ‘He gave me the greatest love of my life’

People Magazine published two new stories about Ozzy Osbourne this morning: an exclusive interview with Michelle Pugh, the colorist who had a recent affair with Ozzy Osbourne, and the news that Ozzy is currently in rehab for a “sex addiction,” which his rep claims Ozzy’s been suffering from for six years. You may wonder, like me, why Ozzy’s publicist was so specific about how long he’s had this sex addiction. (Ozzy has allegedly been sober for just over three years so it’s not due to one addiction being immediately replaced by another.) Well Michelle Pugh, who gushed about how wonderful Ozzy was to her, told People that she was with him for four years. When we first heard about this affair (because Ozzy’s wife Sharon and their daughter, Kelly, told the press, outed the mistress, tweeted her phone number and got her fired from her job) it sounded like it had just started. Guess not. Ozzy’s side is trying to spin this as part of his sex addiction.

“When I say he gave me the greatest love of my life, I mean it,” she tells PEOPLE exclusively about Ozzy, whom she claims first pursued her one year after she first colored his hair in late 2011. “He made me feel like the most beautiful and worshipped woman in the world.”

Ozzy – who earlier this month told Good Morning America his 33-year marriage with wife Sharon, 63, was “back on track” after the two split in May – insists the relationship with Pugh was a purely physical one that resulted from his sex addiction.

“He is sorry if Ms. Pugh took their sexual relationship out of context,” the singer’s rep tells PEOPLE exclusively in a statement. “He would like to apologize to the other women he has been having sexual relationships with. Since his relationship with Ms. Pugh was exposed, Ozzy has gone into intense therapy.”

However, Pugh maintains Ozzy, 67, was “unhappy” in his marriage and “consistently and willingly and generously” gave her “his love.”

“What attracted me to him? Chemistry,” says Pugh. “We just had it. It’s that indescribable thing in life, and you can’t deny it. And he didn’t.”

You have to be a special kind of needy and lonely to stay with a married guy for four years and consider him the love of your life. The timeline for this suggests to me that Sharon figured it out this May, thought it was a flash in the pan, took Ozzy back like she always does and bought all his promises and lies. Then she realized that Ozzy was in love with this woman and had been seeing her for four years (during which Michelle continued to do Sharon and Kelly’s hair like nothing was wrong). Also, Sharon may have been particularly pissed off about an interview Ozzy did last week in which he confirmed that he was back with her but didn’t sound too jazzed about it. He called their split a “bump in the road” and said “Some days it’s good, some days it’s terrible, some days you just drift apart for a while. But you get back on the horse, you know.” Sharon probably told him that if he wanted to get back on the horse he had to go to rehab first.

Kelly Osbourne has not tweeted in two whole days so you know something serious is going on or she would be complaining and attacking people. 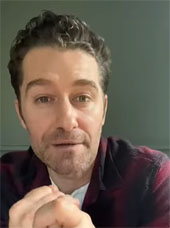 40 Responses to “Ozzy Osbourne’s mistress speaks: ‘He gave me the greatest love of my life’”

Sophie in a floral dress at Royal Ascot

Khloe Kardashian got her BBL reversed

Duchess Camilla will do a documentary