Justin Bieber gave away his puppy Todd, who needs an $8,000 hip surgery Justin Bieber‘s uneasy relationship with the animal kingdom continues. This time, the singer appears to have palmed off his sick dog on a friend, who’s now trying to scrounge up $8,000 for a lifesaving operation for the puppy. In August last year, Bieber proudly introduced his “new little fluff ball Todd” to his fans on Instagram. Later he posted a video of the preternaturally fluffy animal, wondering adoringly, “How are you real?”

However, the infatuation has passed. It seems that Bieber — who famously adopted and then discarded a monkey, OG Mally, in 2013 — has given the dog to one of his dancers, C.J. Salvador. It gets worse for Todd. Salvador has created a GoFundMe page for the luckless mutt, explaining that the pooch “is a 7-month-old chow chow born with a birth defect called ‘sever hip dysplacia.’ Long story short, by the time he turns 1, he won’t be able to walk, run, let alone play.”

Salvador says that Todd can either be put down or have a “very specialized surgery.”

Forbes estimates that Bieber made $56 million in 2016. The Canadian star has a long history with animals. He has owned a dog named Sammy (deceased), a snake named Johnson (auctioned off for charity), a hamster called Pac (which he gave away to a fan in the front row of a concert, shortly before its untimely death), Tuts the Cat (whereabouts unknown) and a Yorkshire terrier called Ester, which appears still to be in the care of the “Sorry” singer. A rep for Bieber did not immediately return a request for comment.

Pity the poor Page Six intern who had to compile that list of long-lost Bieber pets. Honestly though, this is gross. It’s disgusting. It’s childish. If you only want a puppy for a month while the puppy is “cute,” and then you discard the puppy, guess what? You should not be allowed to own a puppy. Justin Bieber just needs to stop purchasing or adopting animals. And he also needs to cut a check to C.J. for Todd’s surgery. This is ridiculous. 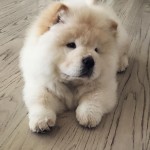 69 Responses to “Justin Bieber gave away his puppy Todd, who needs an $8,000 hip surgery”