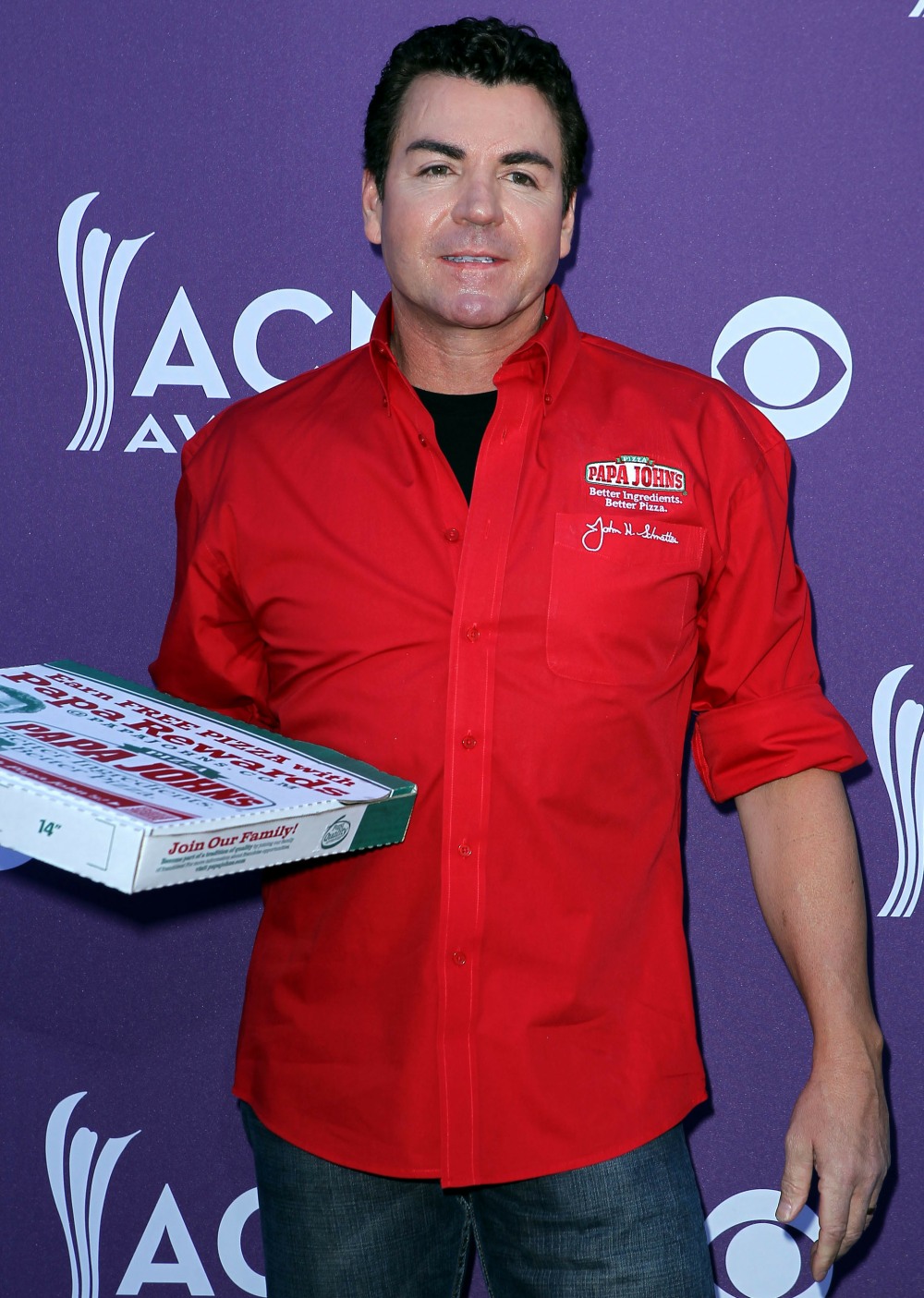 Quelle surprise. The CEO of Papa John’s is a total racist? I just fell down from the shock of it! For our international readers, Papa John’s is a pizza chain which makes terrible pizza AND sponsors a lot of the sporting events for rednecks and white dudes. Papa John’s is heavy into the sponsorship deals with country music stuff and NASCAR (git ‘er done) and the NFL. Papa John’s CEO is “Papa” John Schnatter, who was already known for saying and believing some racist sh-t. He threw a fit about the NFL anthem protests, saying that it was the league’s responsibility to “nip it in the bud” and just ORDER black players to not exercise their constitutional rights. And now, shock of shocks, it turns out that Schnatter just full-on said the n-word in a conference call.

John Schnatter—the founder, chairman and public face of pizza chain Papa John’s—used the N-word on a conference call in May. Schnatter confirmed the incident in an emailed statement to Forbes on Wednesday.

The call was arranged between Papa John’s executives and marketing agency Laundry Service. It was designed as a role-playing exercise for Schnatter in an effort to prevent future public-relations snafus. Schnatter caused an uproar in November 2017 when he waded into the debate over national anthem protests in the NFL and partly blamed the league for slowing sales at Papa John’s.

On the May call, Schnatter was asked how he would distance himself from racist groups online. He responded by downplaying the significance of his NFL statement. “Colonel Sanders called blacks n—–s,” Schnatter said, before complaining that Sanders never faced public backlash.

Schnatter also reflected on his early life in Indiana, where, he said, people used to drag African-Americans from trucks until they died. He apparently intended for the remarks to convey his antipathy to racism, but multiple individuals on the call found them to be offensive, a source familiar with the matter said. After learning about the incident, Laundry Service owner Casey Wasserman moved to terminate the company’s contract with Papa John’s.

In an emailed statement on Wednesday afternoon, Schnatter confirmed the allegations. “News reports attributing the use of inappropriate and hurtful language to me during a media training session regarding race are true,” he said. “Regardless of the context, I apologize. Simply stated, racism has no place in our society.”

Just sit here and ponder this: the executives at Papa John’s knew that their CEO has major issues when it comes to race and racism. So they hired a service who they believed could help Schnatter deal with this stuff, at least publicly, so he wouldn’t sound like such a flaming klansman. And the company which was brought in to train Schnatter and help him deal with the crisis management QUIT after that one conference call. That’s how bad it was. That’s how terrible Schnatter is. What’s the lesson here? I don’t know. White people, you never have a pass to say that word. Don’t eat at Papa John’s. Don’t support anything sponsored by Papa John’s. And maybe fire Schnatter?

Update: Apparently, Schnatter did resign yesterday, my bad, I didn’t see that.