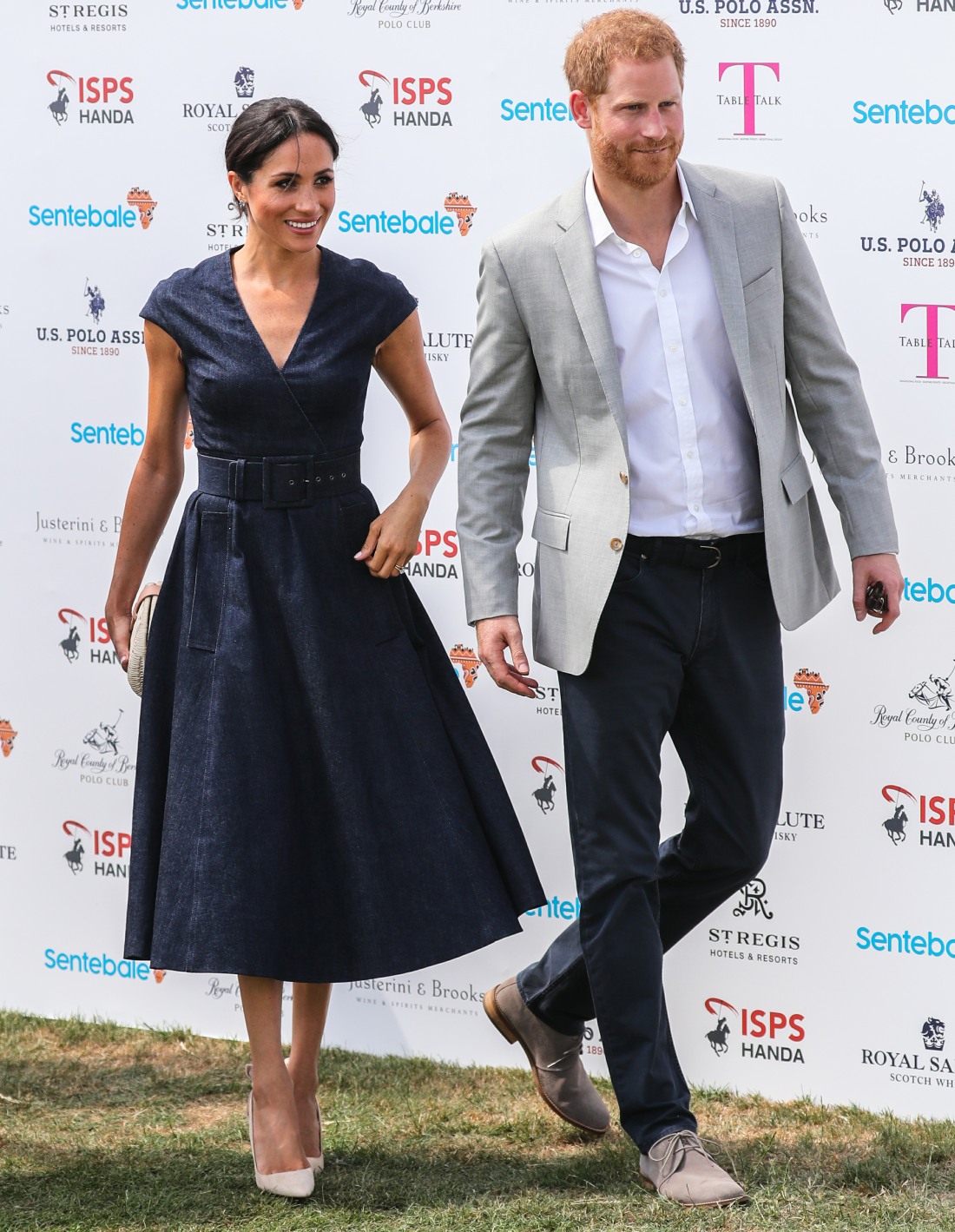 Doesn’t it seem weird that there’s a big charity polo match in the middle of a Thursday? Maybe I’m just a peasant, but I thought polo was for the weekend?? Cue the Dowager Countess quipping, “What is a weekend?” Today, Prince Harry and the Duchess of Sussex attended a polo match at the Royal Berkshire. The polo was a charity fundraiser – ?? – for Sentebale, which is one of Harry’s big charities. Sentebale is the one Harry started years and years ago to support AIDS work in Lesotho and help kids.

For this event, Meghan went for a dark color, which is a consistent thing with her. I don’t mind that she wears black and navy a lot of the time – those are my favorite colors too – but I just wish that she would mix it up a little for daytime events. Save the black and navy for evening stuff. Meghan’s dress is Carolina Herrera, and I’ve convinced myself that the material is stiff denim. It’s pretty but… is this really a daytime summer look for an outdoor event? I don’t know, I’m really asking. If the fabric was different (something light and floral?), I would love this. The silhouette is great and retro, and it suits her figure. Love her bun/chignon too.

Hey, isn’t it weird that we haven’t heard anything from Thomas Markle in more than a week? I would say good riddance, but I feel like this is the calm before another sh-tstorm. 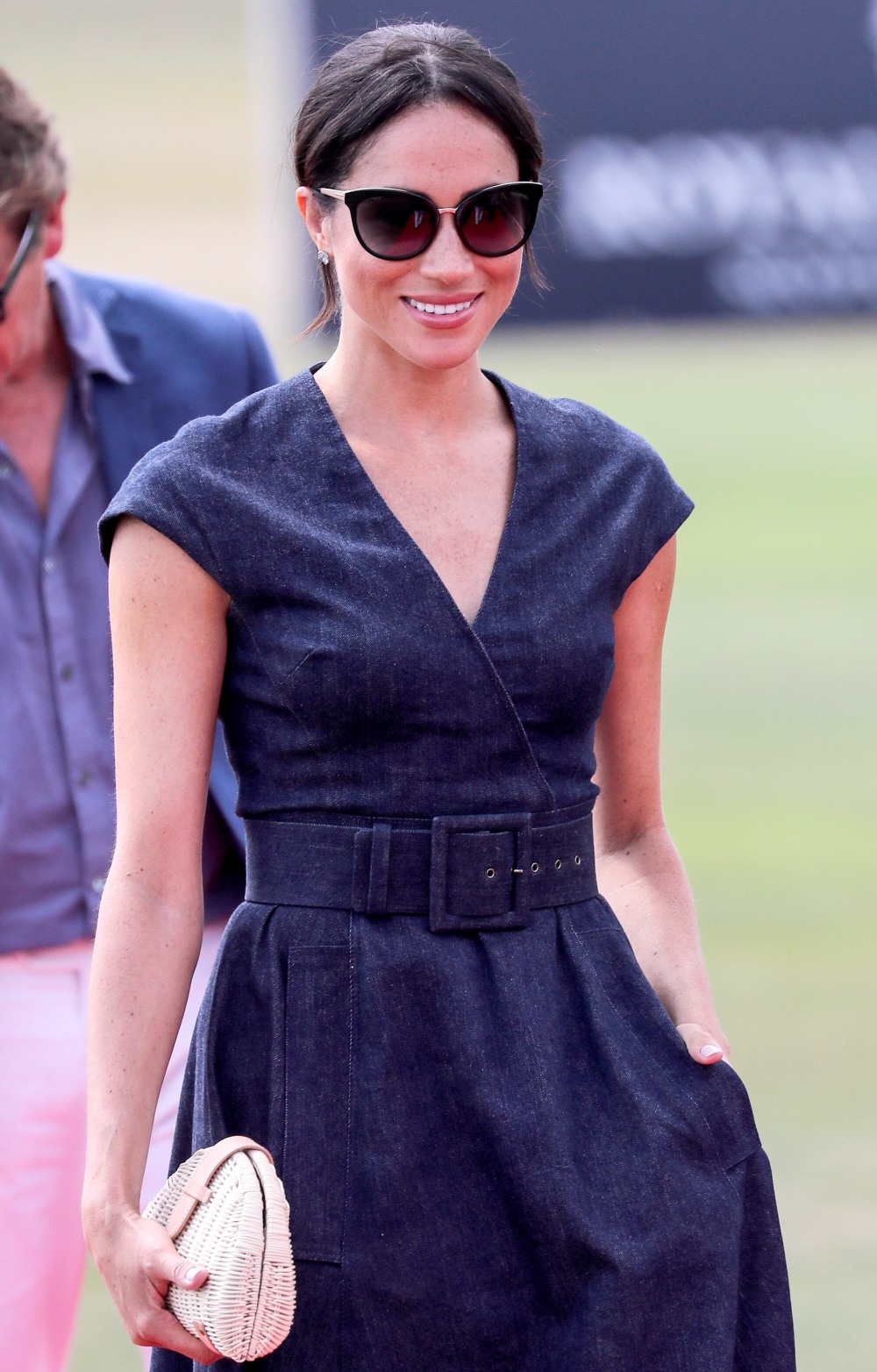 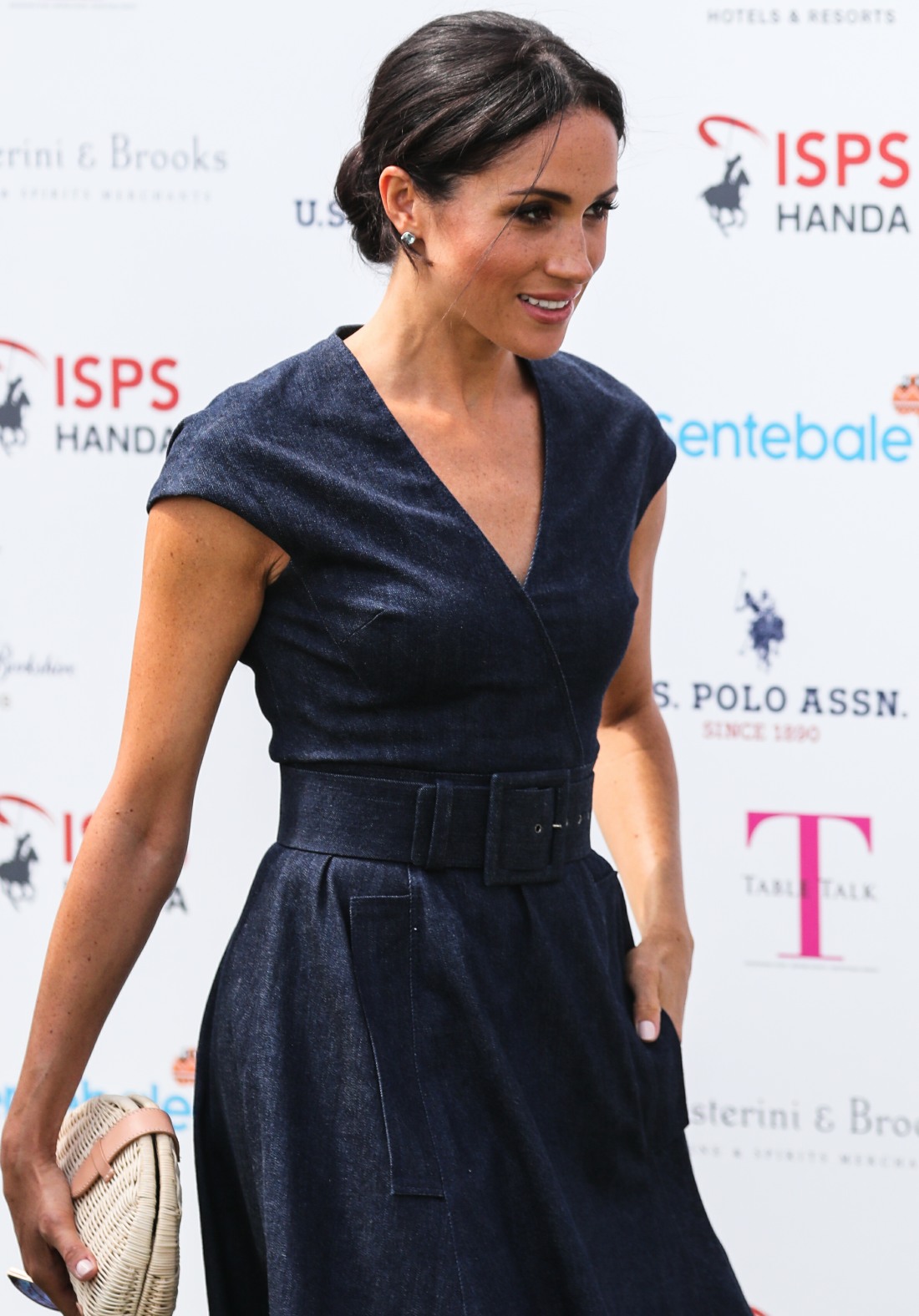 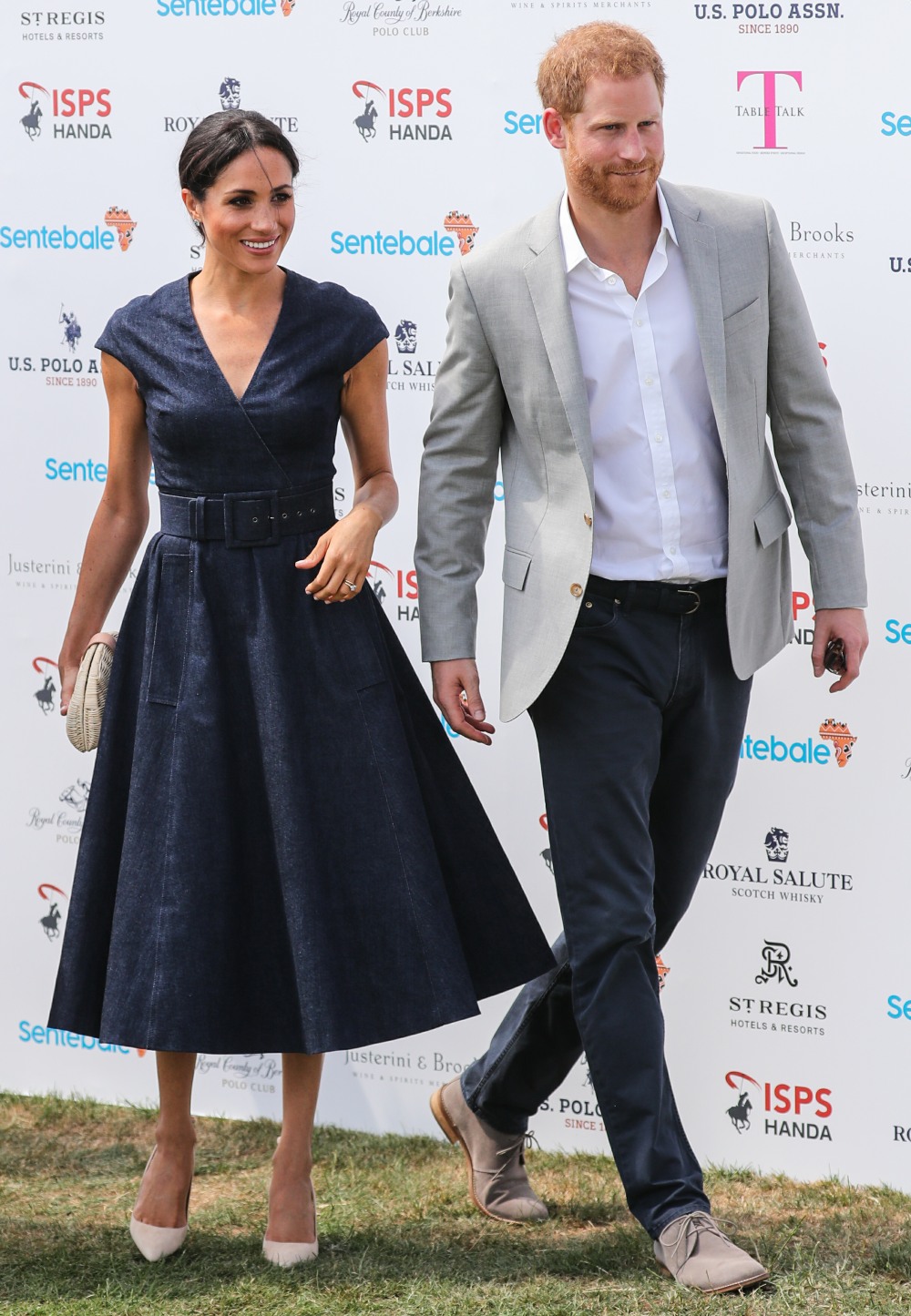