Jennifer Lopez wears jean boots with little belts on them: terrible or fun?

Jennifer Lopez never dresses in demure, subdued fashions – but that’s one of the reasons why I love her. She may be thirsty and extra, but she OWNS it. And she was giving us vintage “Jenny from the Block” in this ensemble Tuesday on the way to MTV Studios and Music Choice HQ in New York City.

I’m sure that when she put this outfit together, it wasn’t the first time she pondered “pants or no pants?” but I feel she found a compromise here, pairing a loose-fitting, long-sleeved micro mini shirt dress with a pair of knee-high denim boots, compete with pockets and a little belt. What would you call those? Joots? Beans?

The boots are from Versace’s Resort 2019 collection, and they proudly tweeted about Jennifer modeling them.

The Versace tweet elicited the response that popped into my head the first time I caught a glimpse of these boots.

Of course, the Twitterverse was abuzz with comments both positive and negative about Jen’s ensemble.

That awkward moment when you thought that @JLo’s pants are falling. #Versace #boots #pants #funny pic.twitter.com/m24wnmpYrV

Only @JLo can have her pants fall down and magically turn into denim @Versace boots! #stylingandprofiling 🤩🤩✨✨ https://t.co/pfYmHMMEBC

I know they’re ridiculous, but somewhere in the back of my mind, I keep looking at them and thinking they’re kind of cute. And mind you, I would never wear them – I like my denim covering my whole leg, and my hips – but for some weird reason, I don’t mind them on Jen. And, I actually like this shirtdress/boots look better than the gold satin sweatsuit-style outfit she was spotted in later in the day. That ponytail though. It’s pulled back so tightly its giving me a headache.

In other news, I have to congratulate Jennifer on being this year’s recipient of the MTV Video Vanguard Award. She’s following in the footsteps of divas including Beyonce and Madonna, with of whom have had their share of interesting fashion choices. I look forward to seeing what Jennifer will wear to the ceremony, which is being held on August 20. 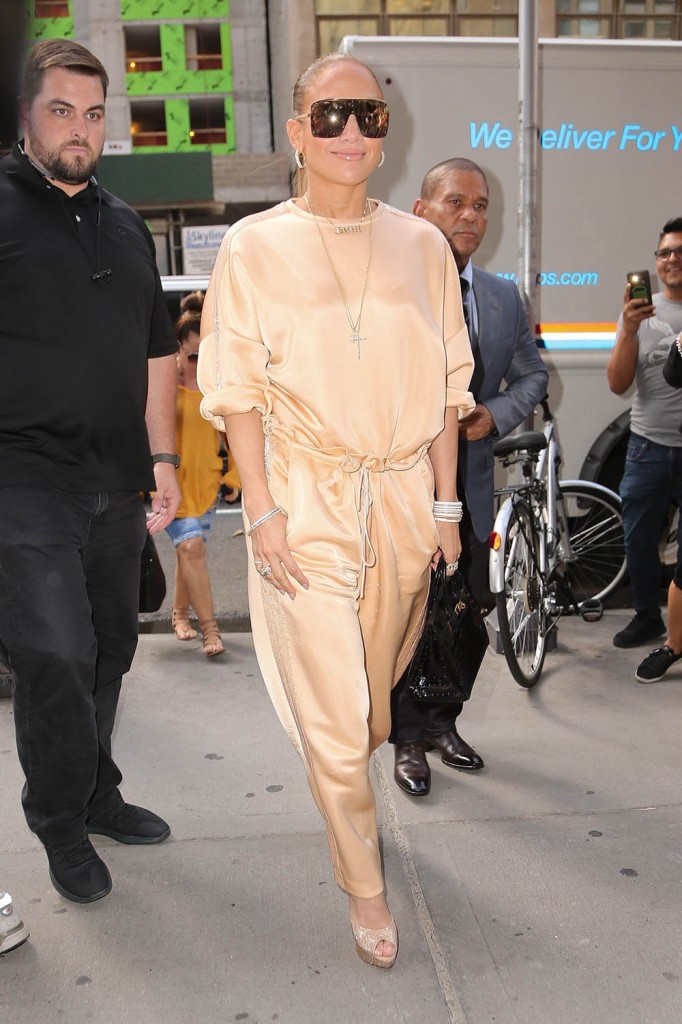 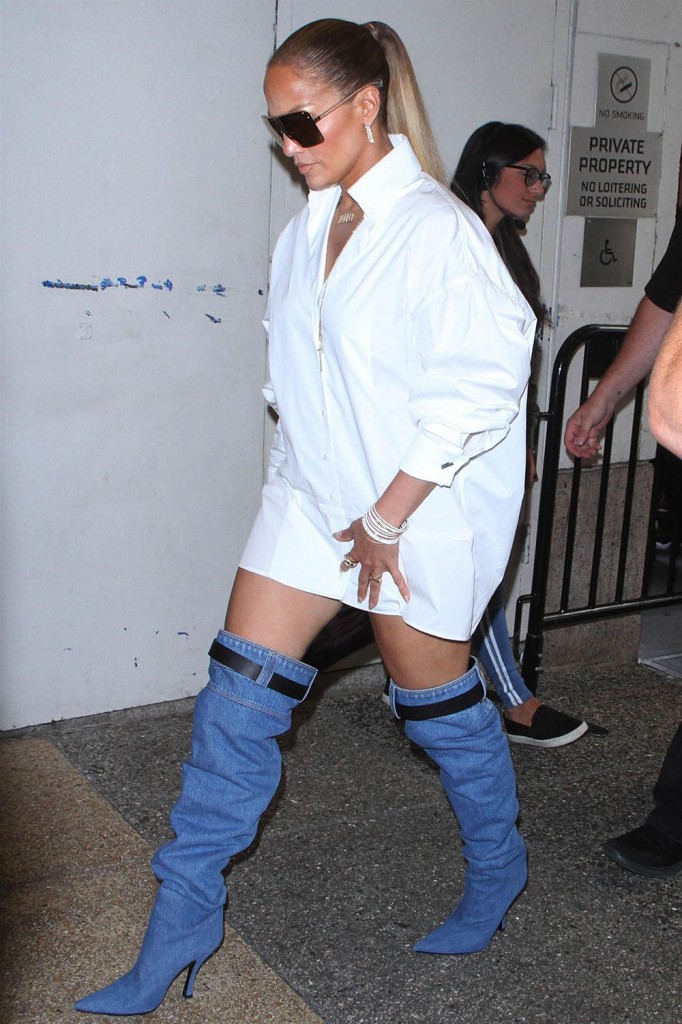 67 Responses to “Jennifer Lopez wears jean boots with little belts on them: terrible or fun?”