Embed from Getty Images
Earlier this week, Kim Kardashian revealed that she was down to 119 pounds. She also posted an Instagram story video in which her sisters marveled how skinny she was. Kendall said “I’m really concerned, I don’t think you’re eating.” Kim’s response was to thank her, which is stupid enough. The fact that she prompted them to repeat themselves then posted the video where she thanked them for expressing concern was of course worse. Outlets and other celebrities rightfully called her out for it. ET Online has details of actresses Emmy Rossum and Stephanie Beatriz’s responses. Beatriz has been open about her body image and issues with disordered eating. She posted how hard Kim’s video was for her to see. Rossum responded that she also got compliments at her lowest weight and that it messed with her head. Here are their Instagram stories, thanks to ET Online: (I’m not going to reprint the text in these as I assume you can see it. Please go to ET Online if you need to read it and can’t see the images.) 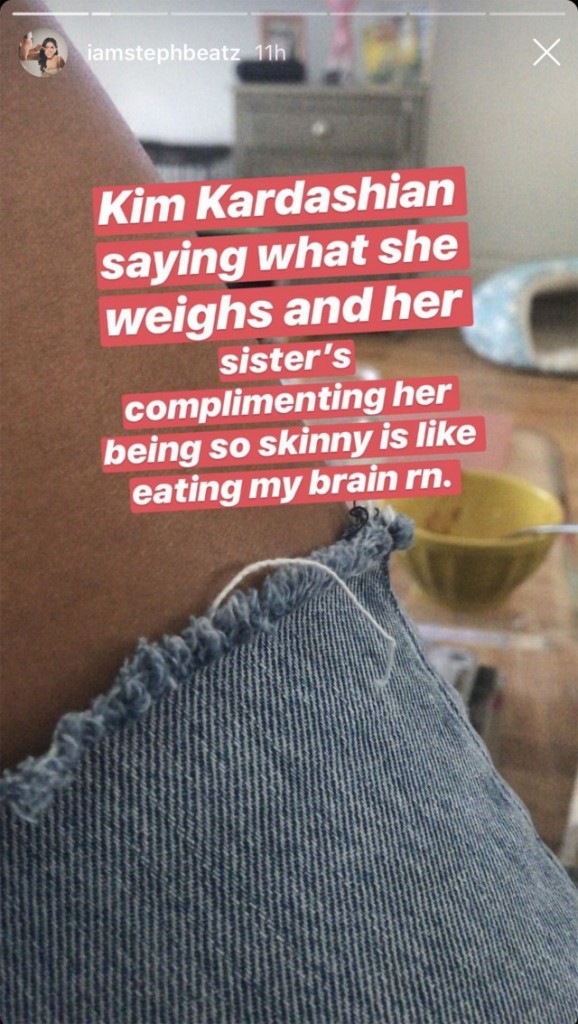 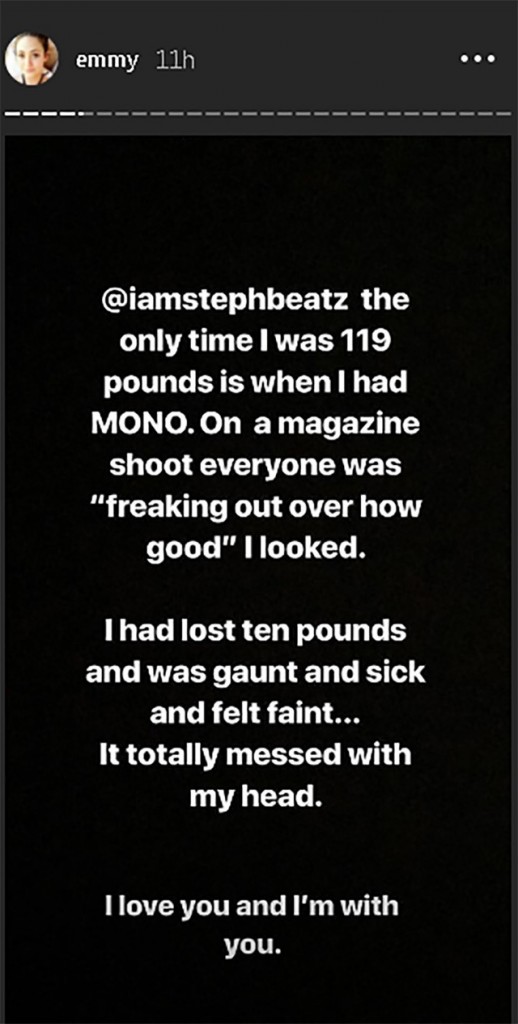 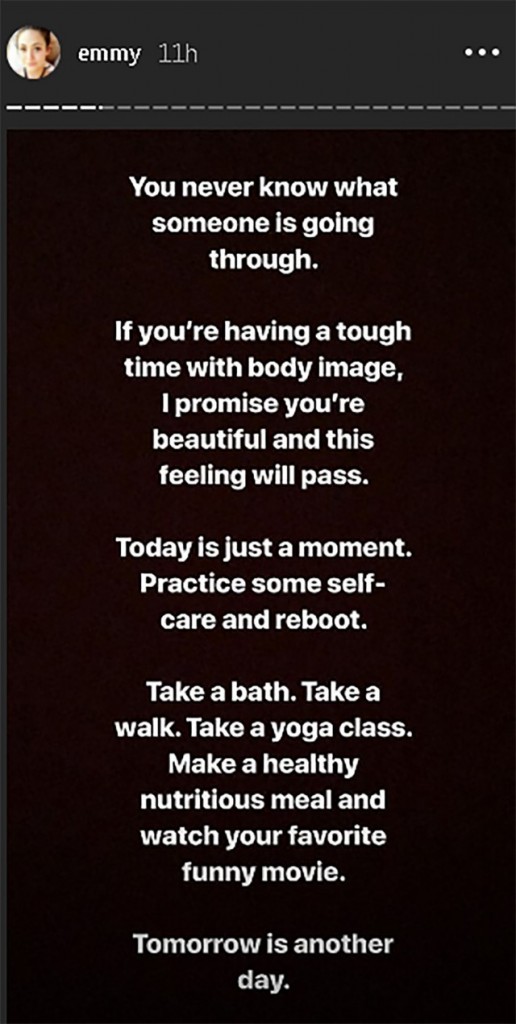 This last post from Rossum really hit home for me: 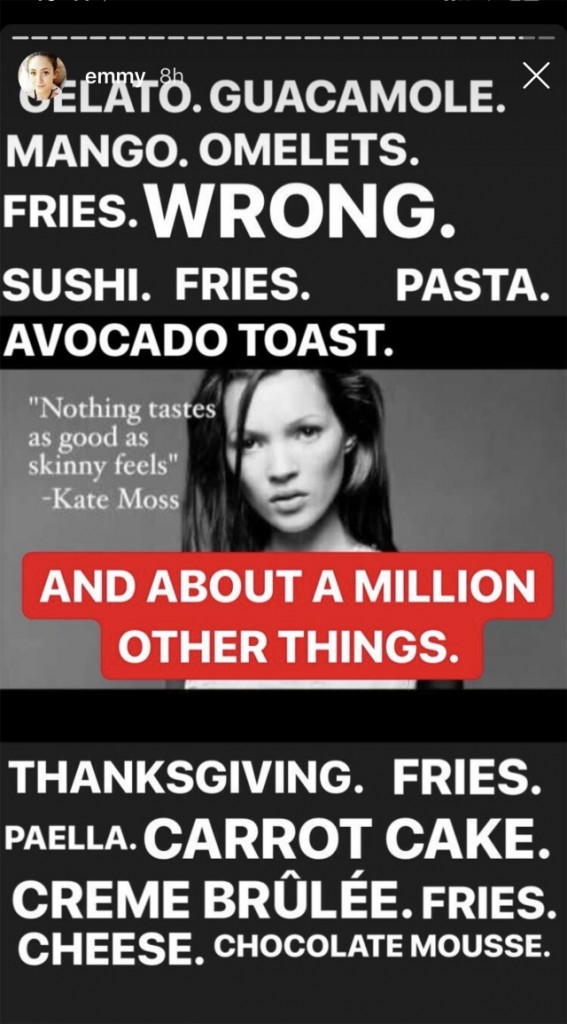 ET Online also points us to this dose of reality from British TV presenter Jameela Jamil who started the “I Weigh” movement and has an Instagram page dedicated to raising awareness of body image issues. This was powerful.

Dear the Kardashians. And every girl who looks to them for a reference of how to value themselves. ❤️ follow @i_weigh for a dose of reality and self esteem ❤️

Sometimes I have a healthy outlook about my body and sometimes I beat myself up over gaining three pounds. (Don’t @ me! I’m being honest.) I try to imagine what I would tell a friend instead of my default response to myself that I should do better, but I can’t always do this. So I needed to hear this, that we are more than our weight, and that our accomplishments count more. It does matter when celebrities act like an eating disorder is a compliment instead of a mental health issue and a nightmare. It shouldn’t be anyone’s aspiration to look like they’re suffering. 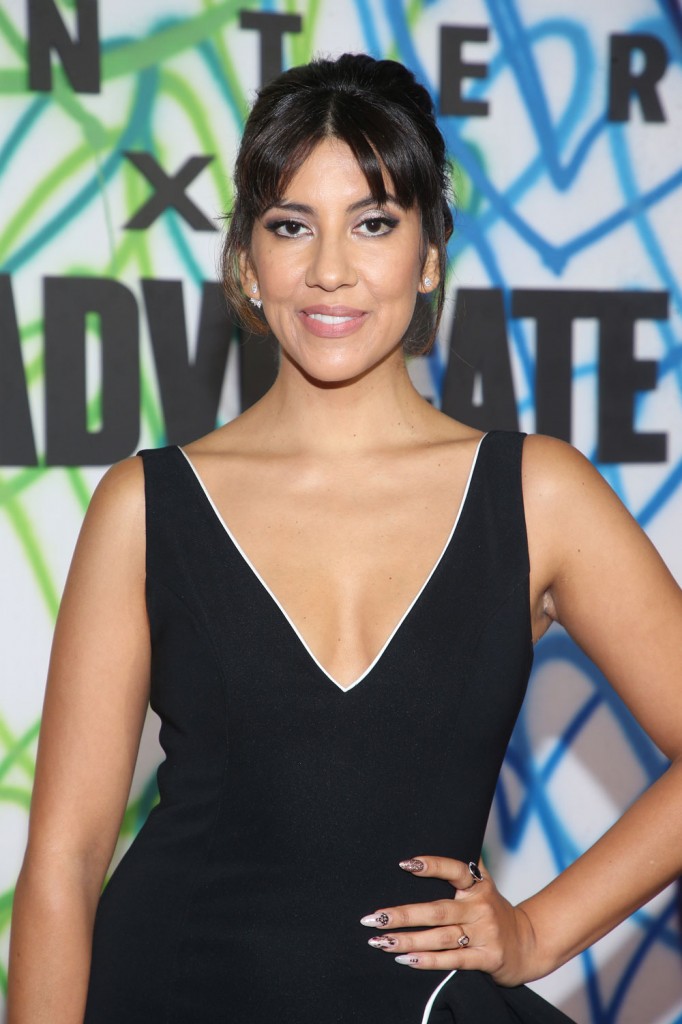 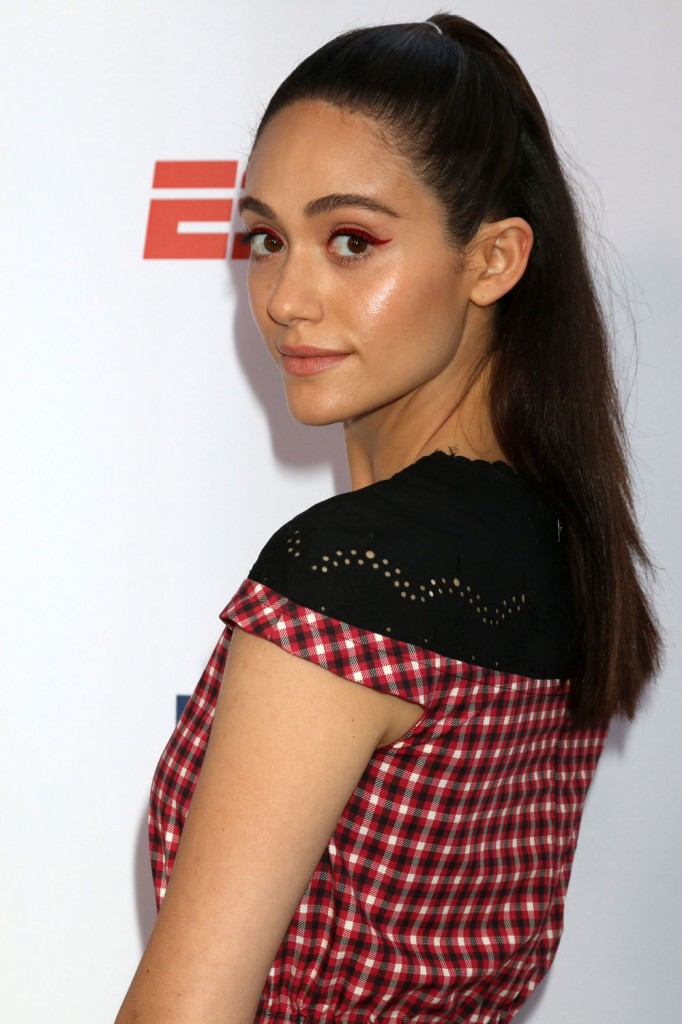 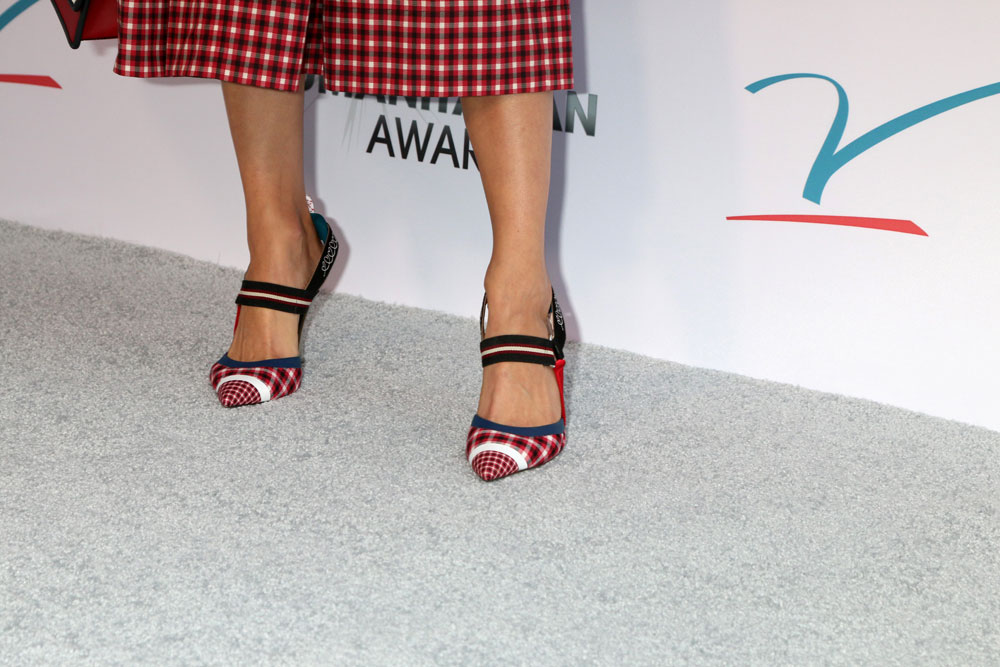