Melanie Griffith: ‘I knew not to ever let somebody take advantage of me’ 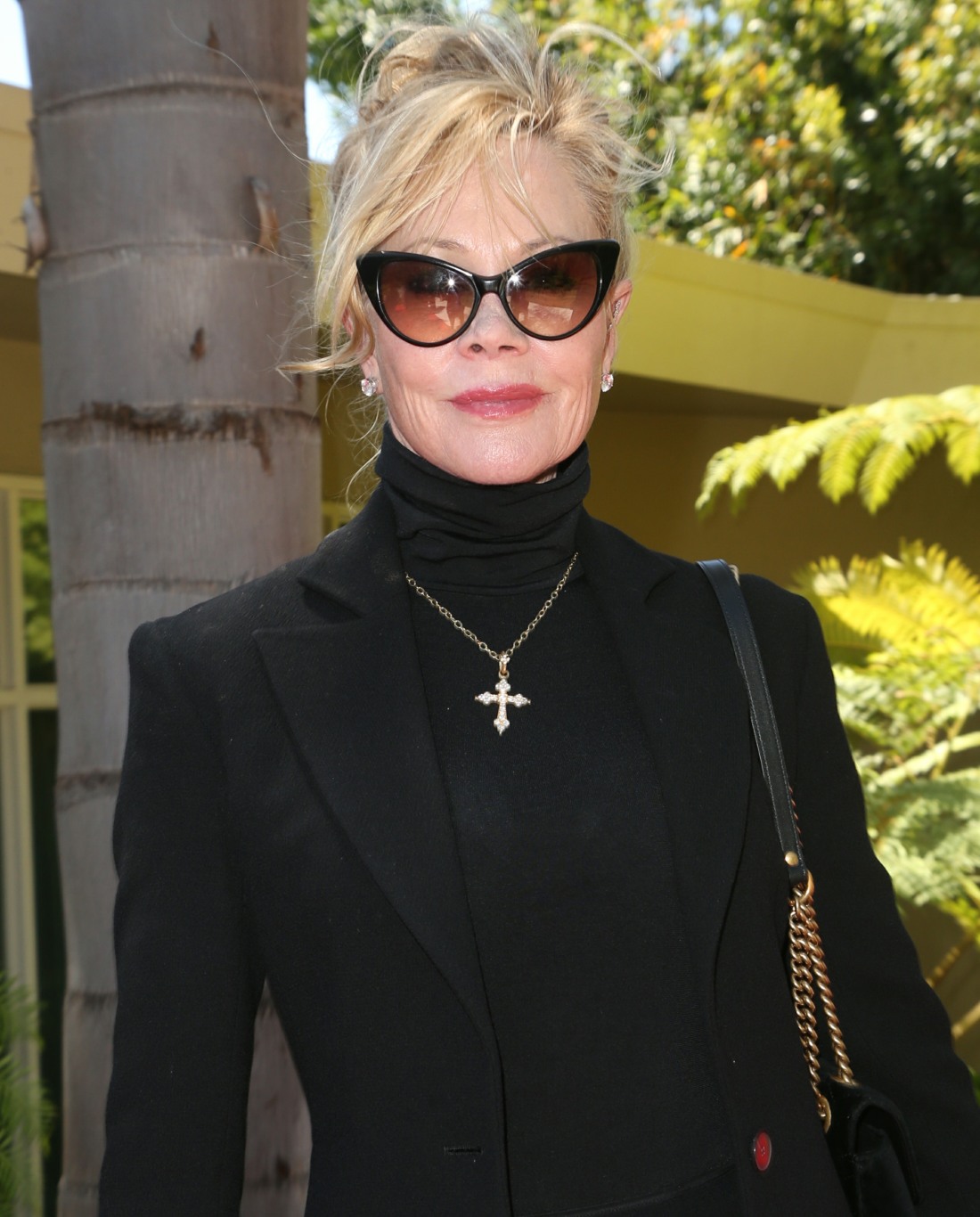 I’ll always have affection for Melanie Griffith because of Working Girl, which is one of my favorite movies. I can’t help it, I just *like* her and want her to do well and find happiness. Melanie turns 61 years old this month, and she sat down with InStyle to talk about ageing, motherhood, dating and divorce. I don’t think I’ve actually sat down and thought about this before, but Melanie has been divorced four times! Two of those divorces were to the same man, Don Johnson, but still. She’s lived a lot of life, and I was mostly charmed by this InStyle interview, except for some somewhat problematic comments about abuse and harassment:

Whether Working Girl was the proto-film for the #MeToo era. “That’s f–ked up. I didn’t even think about that. But it was one of those amazing, amazing experiences in my life. And people still love it so much. They tell me how much it meant to them and how it changed their lives. And a lot of women my age and younger say, ‘I saw that movie, and it gave me encouragement to do what I wanted to do.’ ”

Her mother, Tippi Hedren, was abused & harassed by Alfred Hitchcock. “She was mentally abused and tortured by him, so I knew not to ever let somebody take advantage of me. And I wasn’t stupid. I’m not saying any of those girls are stupid, but I was aware of what was possible. I’m sure that I had the suggestion of ‘I want to sleep with you, come over,’ but I knew better. If I think back, there were things that were asked, and I would just say, ‘No, I’m not doing it that way,’ but you had to be strong and know what you wanted. I think I always had that. I was a tough chick. I wouldn’t do something if I didn’t want to do it.”

All of her ex-husbands: “All of my husbands, my three husbands — I love them all so much, and we’re all very close.”

She doesn’t want to get married again: “I really don’t think it’s relevant for anyone anymore. But especially if you’re 60 and you have four kids and you’re living the life you’ve always wanted. Then why get married? It’s, like, I would love to fall in love and have a romance, a relationship, but I haven’t. I keep looking. I’ve had a couple of lovers but not a relationship.”

Would she try dating apps? “No, Jesus. Tinder or something would just be so tacky, I think.”

“She was mentally abused and tortured by him, so I knew not to ever let somebody take advantage of me…” Yeah, but that’s the thing: it’s not your choice, it’s not something you can claim agency about. You can’t say “but if I do this or that or if I’m simply tough enough, then men won’t harass me or abuse me.” Tons of strong, tough women are abused, and Melanie should know that because her mom was one of them. Tippi didn’t “let” Hitchcock harass her. He was the pervert, the abuser, the harasser, and she was his victim. As for the rest of it – she sounds like she’s in a good place in her life now. I’m happy for her. 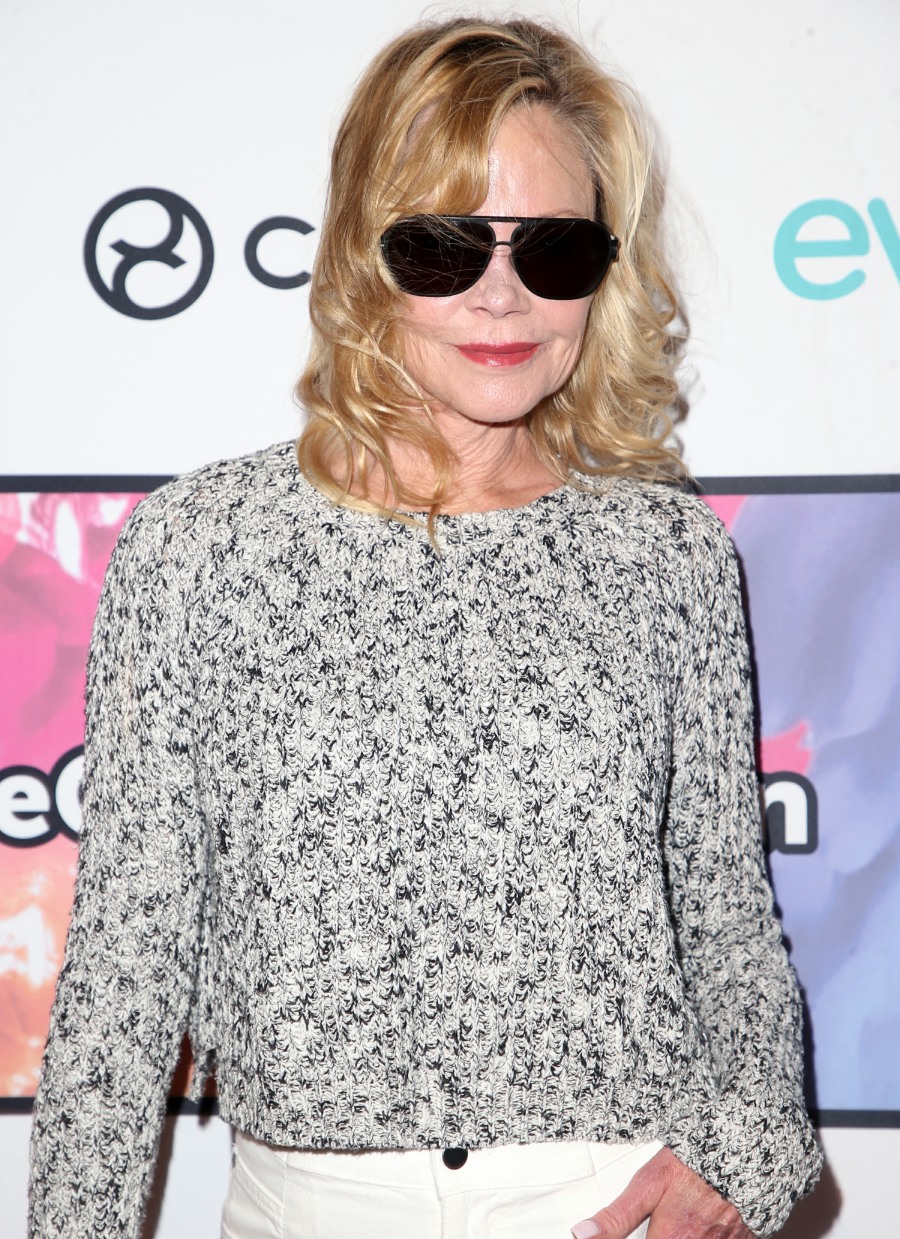 69 Responses to “Melanie Griffith: ‘I knew not to ever let somebody take advantage of me’”