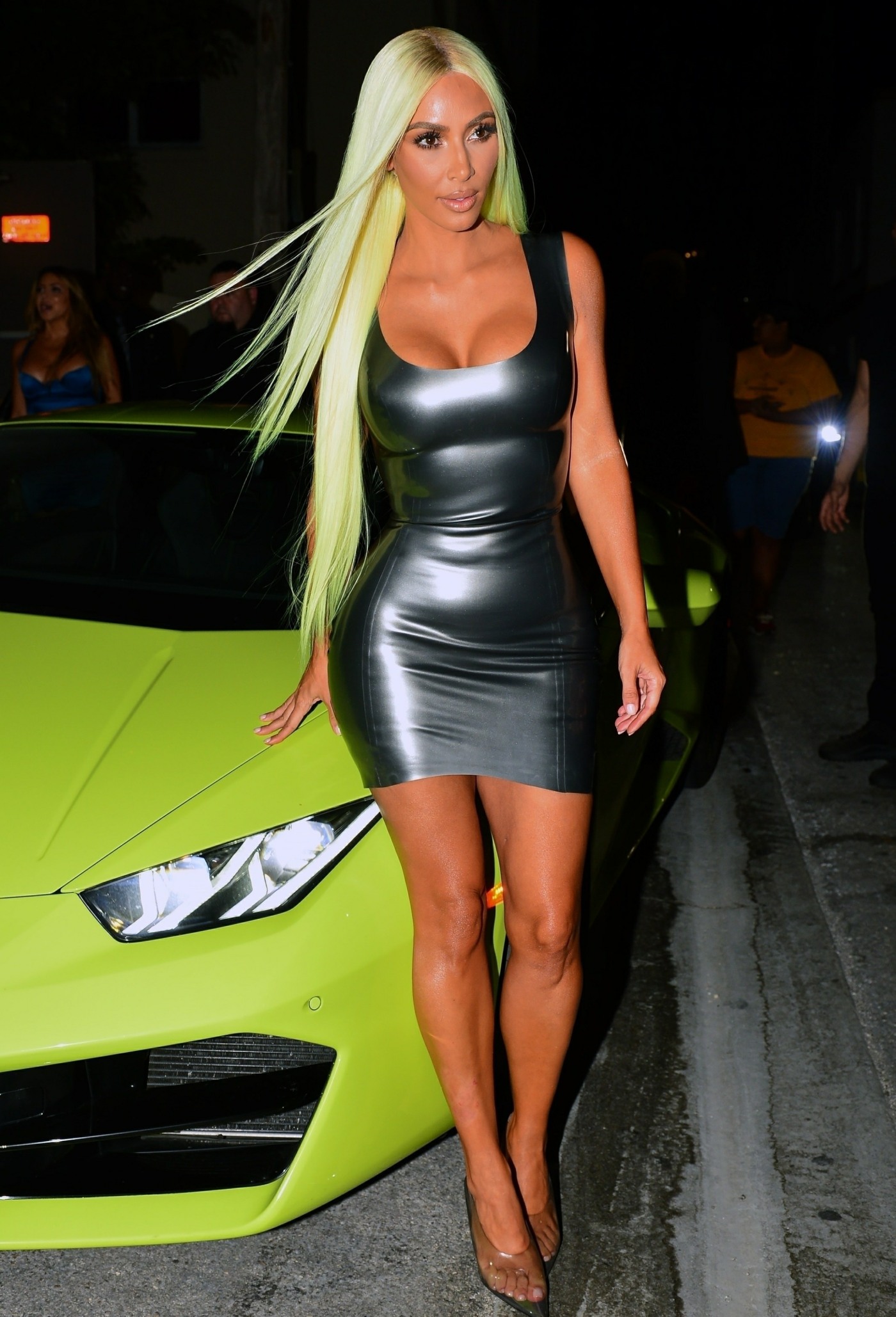 I hope you guys know that I’m going to use these dumb neon-wig photos of Kim Kardashian for the next few months. She is so… tacky. My God. Kim has been in Miami with Foodgod Cheban or whatever his name is, plus some other friends and whatever. I assume the Miami trip is part of Keeping Up with the Kardashians, especially since she’s been really extra about getting pap’d during this trip. Kim was out last night at Prime One Twelve restaurant with Foodgod and Larsa Pippen.

According to Backgrid, the photo agency, Kim “arrived in a white Ferreri and was seen leaving in a green Lamborghini…” As in, she wanted a neon lime Lambo to perfectly coordinate with her neon wig. Because doesn’t everyone do that when they go out to dinner? Apparently, Kim did bring her kids on this Miami trip, as they were seen on a yacht together earlier in the day. Where’s Kanye? Do I even want to know?

Beyond the wig, I do think Kim’s weight loss looks good. Again, I’m not going to analyze it – I just assume her slimmed-down figure is a product of diet, exercise and surgery. Her face looks like CGI though. 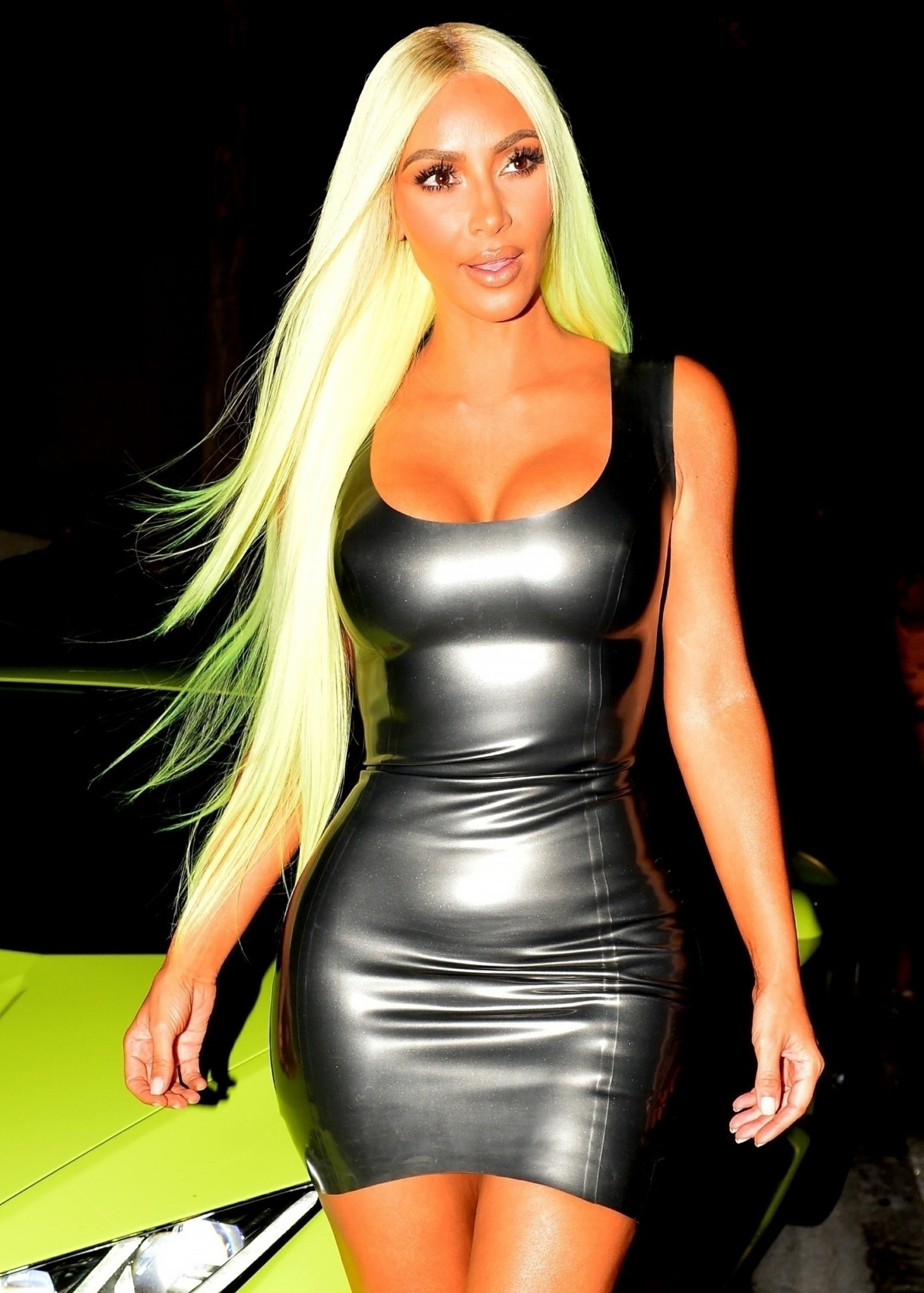 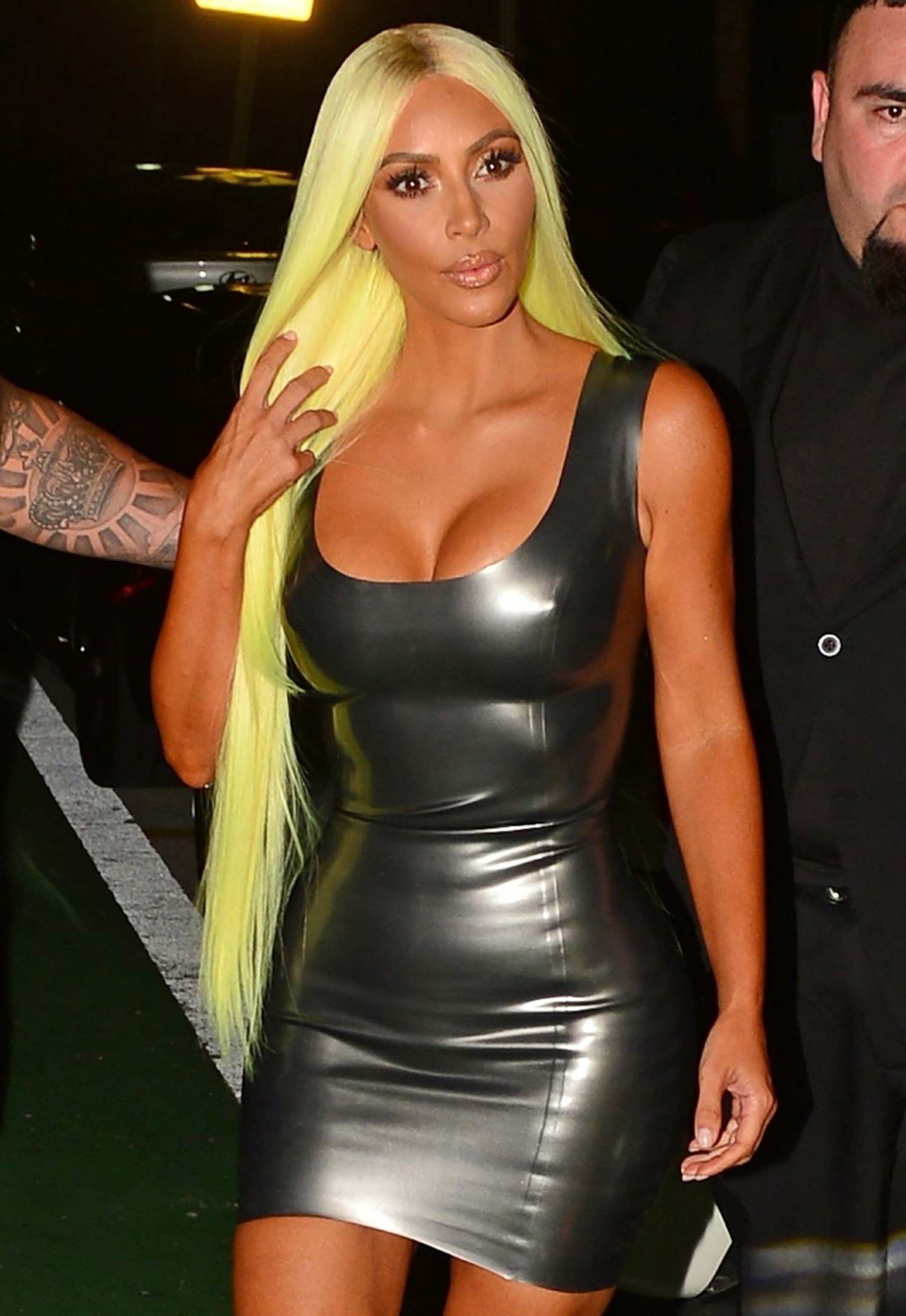