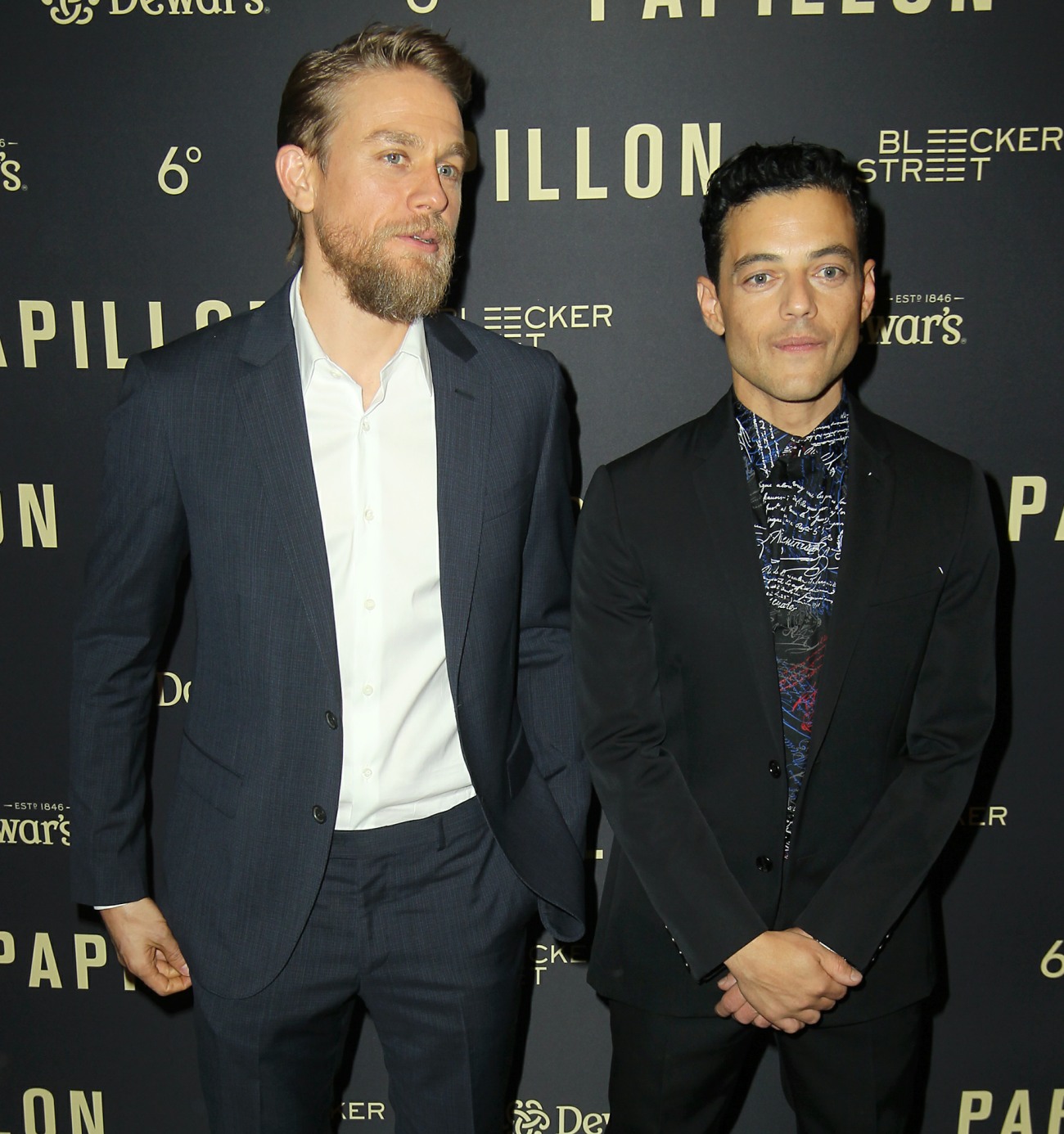 For some reason, I’ve been watching a lot of ESPN and ESPN2 the past few weeks (the reason: tennis) and their are near-constant ads for Papillon playing. This is the remake starring Charlie Hunnam and Rami Malek, where the original film starred Steve McQueen and Dustin Hoffman. The original film is considered a classic, although if I’m being completely honest, I’ve never seen the whole movie. I’ve only watched some bits and pieces and it never hooked me. So I’m not going to go on and on about how the first film is an utter classic and shouldn’t be touched. I will say that I kind of wish they would quit remaking films though. It’s really f–king boring. And yes, I know both films are based on a very popular bestselling book. But how many times are they going to adapt the same book?

Anyway, these are some photos of Rami and Charlie at a screening last night in West Hollywood. Rami just has cheekbones for days, doesn’t he? Such a beautiful face. Charlie is doing a fuller beard these days and I actually don’t hate it. Generally, I’m not a big fan of blonde men growing blonde beards, but it sort of works on him. I don’t really have much to say other than… choose your fighter! Or who would you rather? 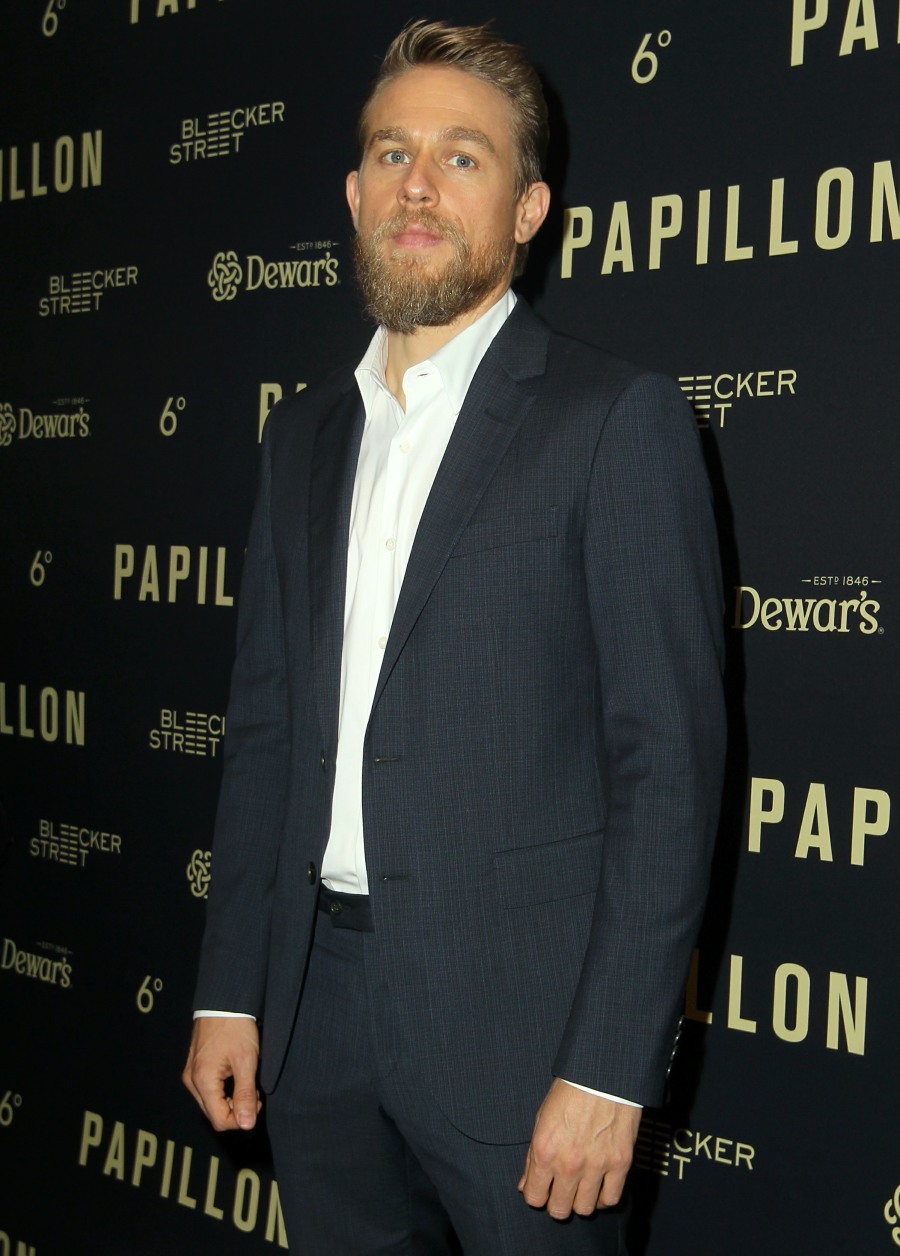 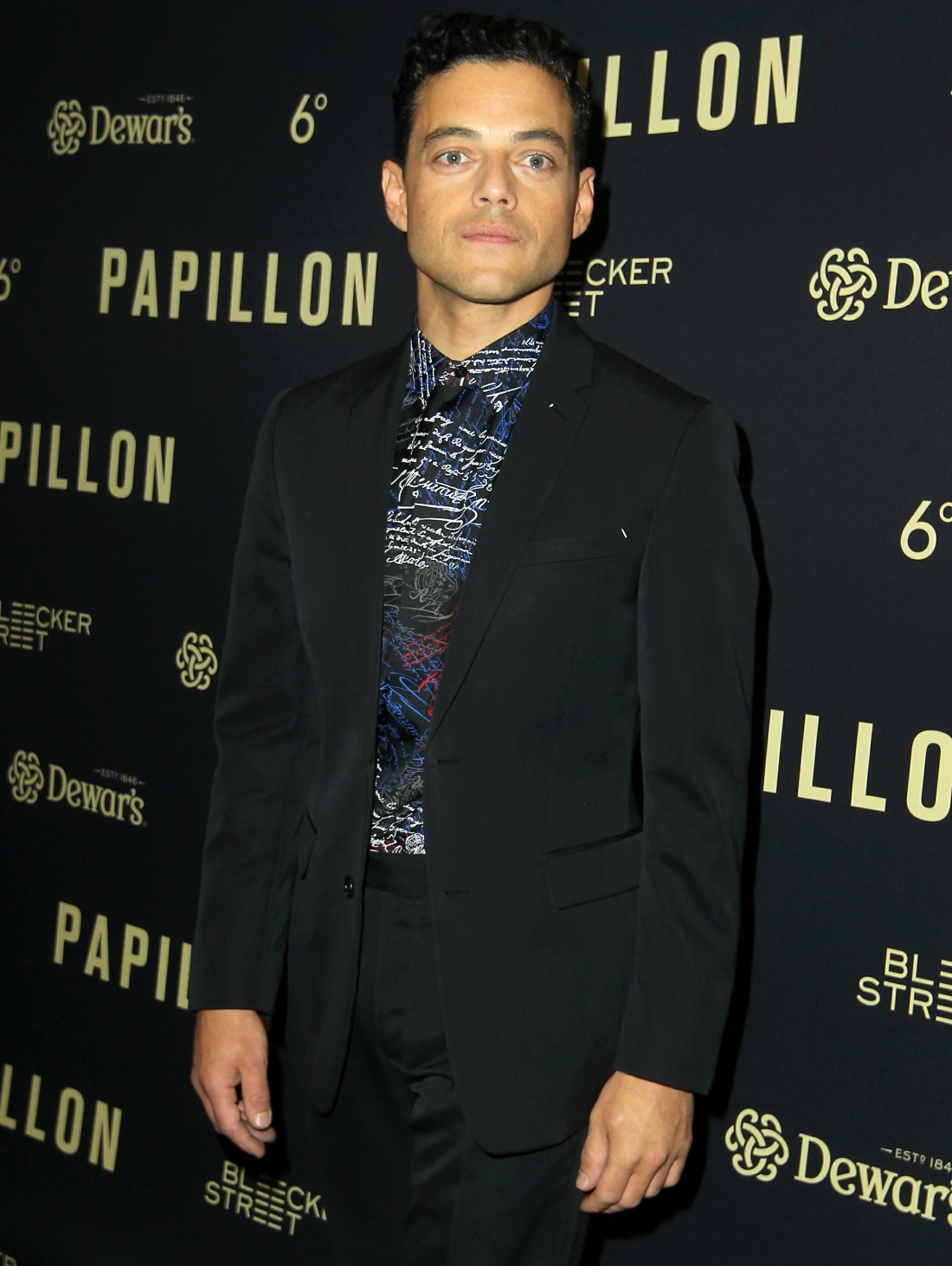 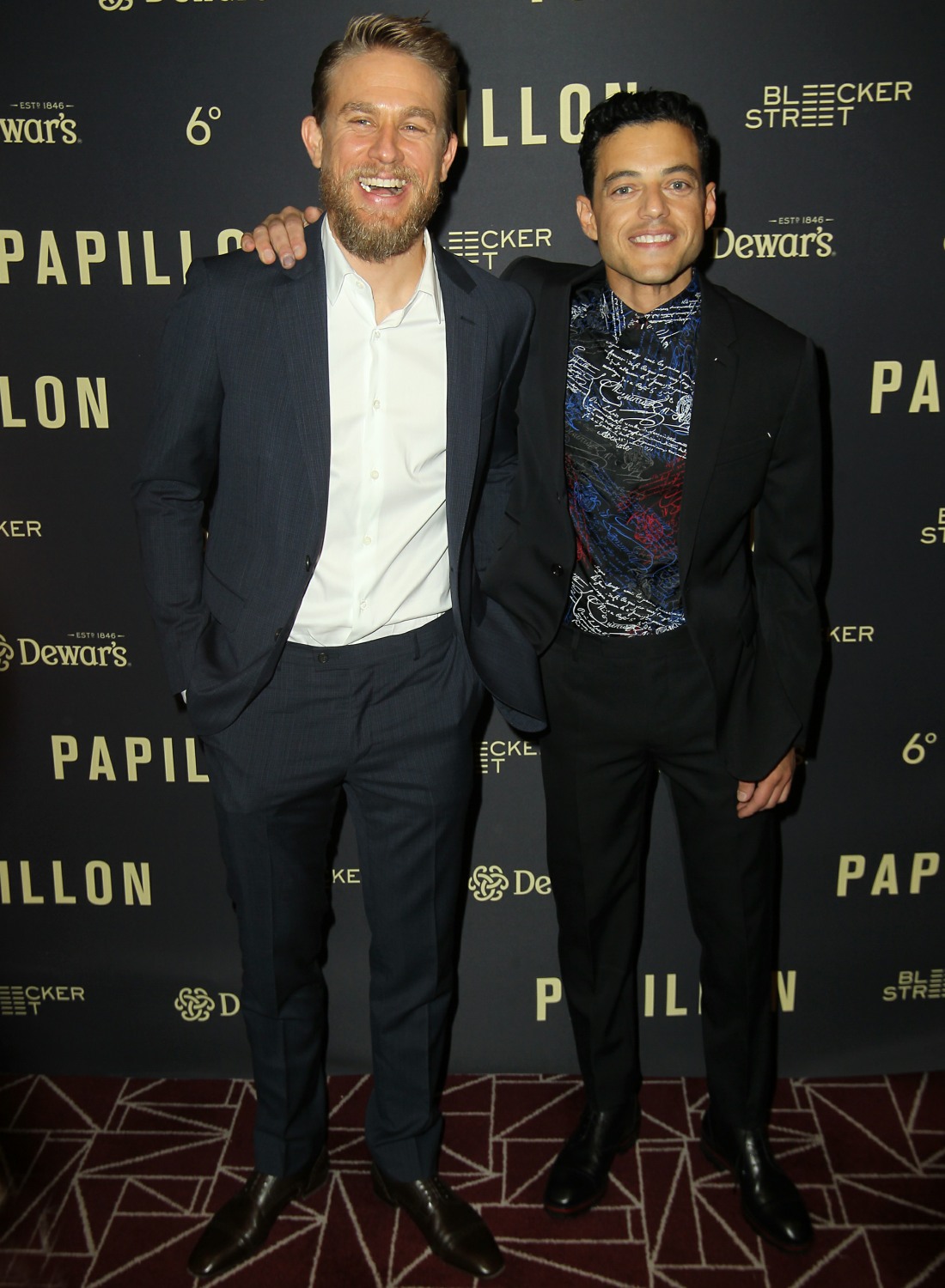